A Soluna Art Installation Will Recreate the Experience of Dreaming 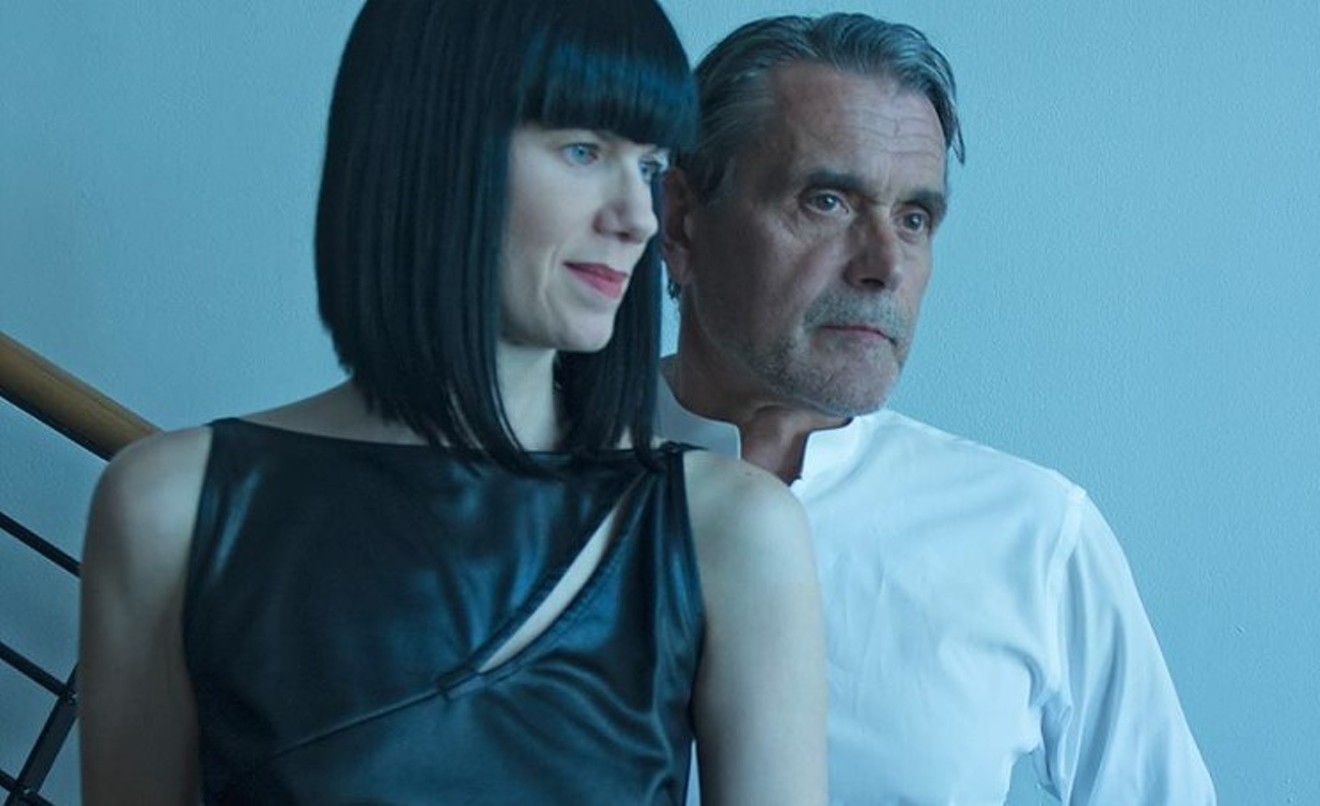 Frank and Lee DuFour of Agence5970 via Agence 5970 on Facebook
Artistic couple Frank and Lee Dufour figure the interpretation of dreams is better left to psychoanalysts. That’s why their current project instead focuses on another aspect of our dream lives. “We’re trying to illustrate the mechanics of dreams and how movement happens inside them,” Frank says.

Dreams, as you’re probably well aware, don’t follow any sort of linear narrative. Events certainly don’t happen in a rational order. DreamSpace — a site-specific, interactive audio-visual installation by Frank and Lee that is being commissioned by the Dallas Symphony Orchestra’s SOLUNA Festival — illustrates the vertical nature of dream time and its movement through “multiple spatial layers,” as the press release puts it.

If you remember the Dufour duo’s Dreamarchitectonics, which was installed at the Dallas Contemporary in 2014, some aspects of dreamSpace — which will be performed May 24 as part of SOLUNA — may seem familiar.

In Dreamarchitectonics, a voice recognition and response system responded to individuals as they read portions of pre-selected poetic texts. The computer then assembled visuals and sounds in response to a number of individual factors it was taught to recognize such as voice pitch, tone and volume. The idea was to replicate the randomness and fragility of dreams with the meditative, reverie-like images and ambient sounds, both natural and artificial, that populated the space.

DreamSpace will also respond to individual voices, but with fewer elements left to chance, and — corresponding with SOLUNA’s aim to inspire collaboration between artists and art forms — a performance will be added to the original audio-visual installation.

For the performative elements of dreamSpace, which will take place just outside the Meyerson Symphony Center on Flora Street, the Dufours are collaborating with fashion designer Charles Smith II and the Bruce Wood Dance Project. Smith will design “wearable poetry” for the dancers and Sherri Segovia is designing the choreography.

The idea is that the superimposition of various sensory elements will combine to create a true, dream-like environment, with individual elements designed specifically with different aspects of dreaming in mind.

For example, Frank correlates the fact that movements and actions don’t always “end” neatly in our dream-life to the way long crossfades and slow dissolves will function in DreamSpace. The blending of natural sounds, such as birds chirping or water running, with the telltale blips and bleeps of computers is meant to contrast the types of sounds we hear inside and outside of dreams.

The word the Dufours frequently use when discussing dreams is “fragile.” They end suddenly, shift mid-story, and they’re typically difficult to recall once they’re complete. DreamSpace will help us remember.

Soluna Festival, May 15 through June 4, mydso.com/soluna.