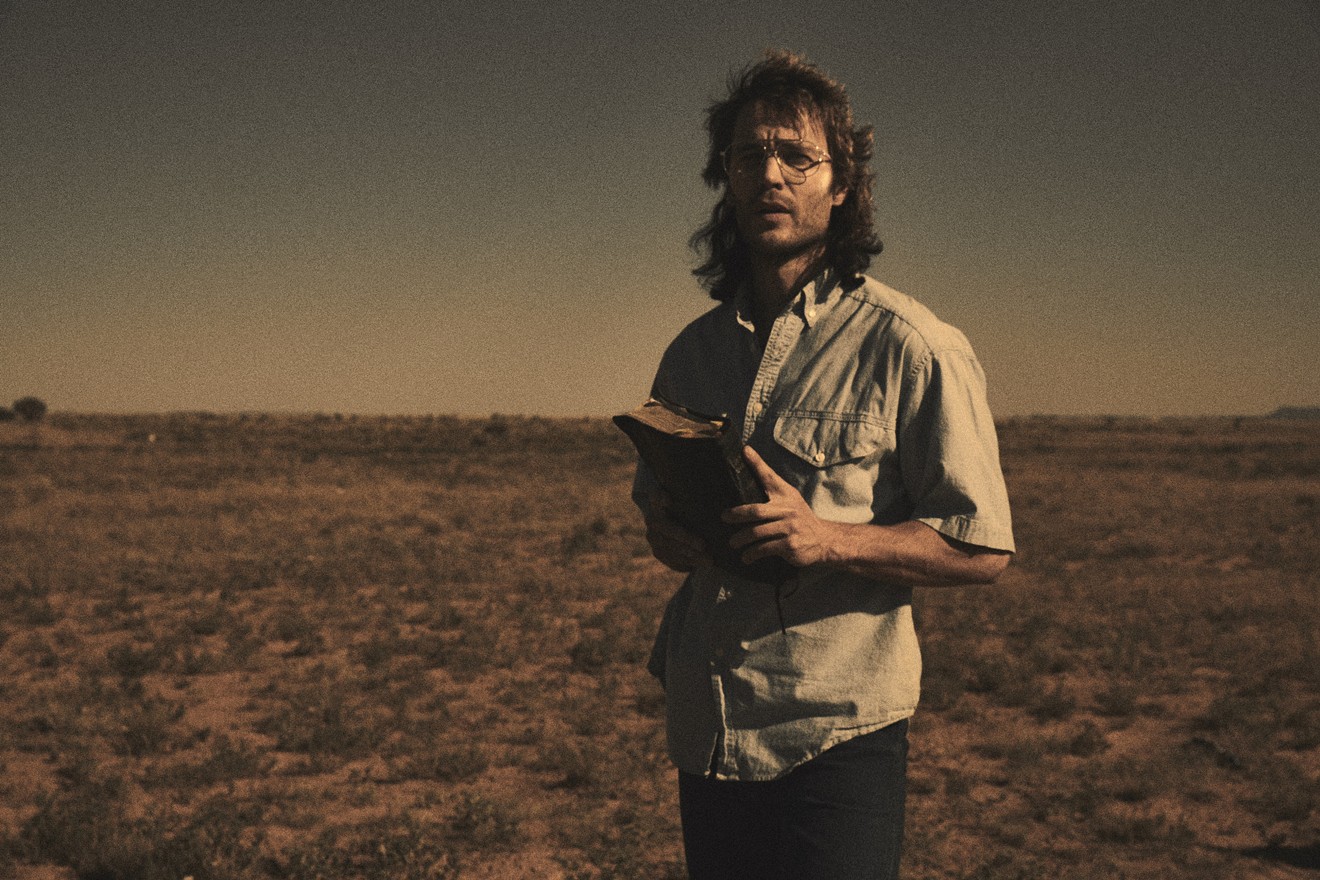 Taylor Kitsch plays David Koresh in Waco, which premieres Jan. 24 on the Paramount Network. courtesy Paramount
David Thibodeau isn’t tired of talking about it. It’s been 25 years since a siege at a Waco compound ended with the deaths of four ATF agents and 76 Branch Davidians. Nevertheless, “the last 20 years have been pretty good," Thibodeau, one of the few survivors, says.

“I tell you, it's funny," he says. "There were times where years and years would go by, not talking about it. It'll be on the TV, and I'd see Mount Carmel burning, and I'm like, ‘Oh, my God, that really happened. I was there. Wow.’ Sometimes, it feels like a dream, only knowing it's not. It did really happen. I don't mind talking about it.”

Thibodeau was one of the lucky ones. He first met David Koresh when they began playing music together. After a few trips to Waco, Thibodeau moved into the compound, where Koresh taught the seven seals in the book of Revelation, with the rest of Koresh’s students.

When the 51-day siege finally came to a head and the entire compound was on fire, Thibodeau escaped from a hole in the building. He says he could feel his hair crackling from the fire.

“I really thought the FBI was going to kill me [once I left the building], but at that point, I thought it was better to die by a bullet to the head than to die by b

"I really thought the FBI was going to kill me [once I left the building], but at that point I thought it was better to die by a bullet to the head than to die by burning to death. That didn't appeal to me at all." – siege survivor David Thibodeau

urning to death. That didn't appeal to me at all,” he says.

Thibodeau wrote a book about his life as a member of the Branch Davidians, commonly called a cult. That book, Waco: A Survivor’s Story, served as inspiration for the writers of a new miniseries, Waco, which premieres Jan. 24 on the new Paramount Network. Thibodeau was a consultant on the show, helping with set design and wardrobe. He says he was blown away when he finally saw the re-creation of the chapel where Koresh, played by Taylor Kitsch, preached to his hundreds of students.

“The chapel looked exactly like it did 25 years ago,” Thibodeau says. “It was amazing. I remember I just went and I laid out on the stage for a while and just kind of took it in until Taylor Kitsch walked in. He said, ‘I come in here a lot trying to get in my character, and it's really good to speak to you in here, sitting on the stage.’ That was pretty interesting.”

Thibodeau has only seen the first three episodes of the six-part miniseries, but he says he is satisfied. The show got some small details wrong, he says, but he understands they were necessary to create drama.

The story has been told countless times. Most recently, ABC News gave it a go on an episode of Truth and Lies. Although Thibodeau was interviewed for that show, he calls it a “propaganda piece.” It sets a recording of someone saying, “Pour it," to an image of the burning compound and claims the recording came from inside. An FBI agent interviewed says he believes Koresh or another Branch Davidian started the fire that killed those inside.

“Biggest problem I have with that is the FBI claims that those tapes were taken at around 6 a.m.," Thibodeau says. "That's six hours before the fire. Six hours. So if people were pouring fuel all around that building, then how come when the tanks started to go in the building to cause friction, caused some sparks when it's taken out the steel door at the front, when it's ramming into bedrooms and possibly ... breaking lanterns all over the rooms, every room that they go into with tanks — if that were the case, why didn't the fire start in the morning? Why did it take six hours for that fire to start?” 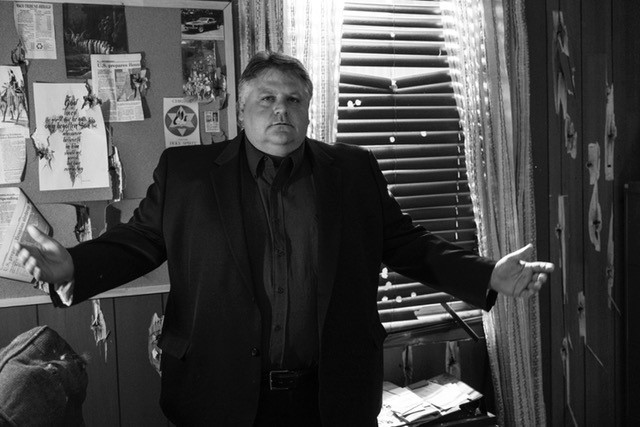 David Thibodeau was one of few survivors of the Waco siege in '93.
Ursula Coyote
The media has gotten lots of things wrong, Thibodeau says. He never considered himself a Branch Davidian, he says; the first time he ever heard that term was on TV. He also never considered Koresh the messiah. Thibodeau says he believed Koresh was a prophet, but the people in the compound weren’t worshipping Koresh.

Thibodeau considered Koresh a friend but he wasn't blind to his flaws. Koresh was married to several women, some quite young. Husbands and fathers gave away their wives and daughters to be with Koresh if that’s what Koresh wanted. Koresh fathered 12 children with his wives.

“Koresh certainly was guilty of something,” Thibodeau says. “He was either a polygamist or he was guilty of statutory rape. Probably both. Depends on how you look at it. You have to look at the legality. The bottom line is, at the time — and I don't know what the law is now — marriage with parental consent was 14. That doesn't make it right at all.

"I think it's ridiculous, but all I can say to that is a Bible-based community lives by the Bible, and that can be frightening in a lot of ways. That is a frightening book if you really break it apart. If that's the only way that you're looking at life, you're going to be very one-sided, and there's going to be all kinds of justification in that scripture.”

Thibodeau's biggest criticism of Koresh is that he didn't let the children leave the compound.

“To all the people that he hurt, I'm not — I can't be an apologist for David Koresh, but I feel for people that have had negative experiences at the hands of David,” he says. “Let me put it that way. I think about those people, whether I agree with them on every point or not. Everyone has a right to their experience.”

Today, Thibodeau lives in Maine. He says he still has deep faith but doesn’t belong to a church. He still goes to Waco when there’s a reunion or memorial and visits fellow survivors Clive Doyle and Shelia Martin, who still live on Mount Carmel. He says he’s unaware of Waco's new reputation, taken over by home renovation celebrities Chip and Joanna Gaines, but that he will check them out.

“Is this going to be another hatchet piece?” he asks before hanging up.