Save the Kalita and These 9 Other Historic Dallas Buildings, Too The Kalita Humphreys Theater on Turtle Creek Boulevard has lost its luster. Wikimedia Commons
Dallas is a city on the rise. In nearly every corner, the metallic hum of construction equipment can be heard while masses of orange-vested workers push buildings higher and higher into the sky. Mixed-used developments, sprawling apartment complexes and new Dallas Area Rapid Transit rails are all on the horizon for Dallas.

Progress has pulled some of the city's historic buildings, such as the Butler Brothers Building, The Statler Hotel and the Meadows Building, back from the brink of demolition and into the fold of the new Dallas. But the ravages of deferred maintenance and increasingly ambitious developers have left many others in the path of wrecking balls or simply forgotten.

The Landmark Commission and local residents have done much to help preserve the architectural soul of Dallas, and these 10 stories of buildings and districts run the gamut. From homes to world-famous landmarks, these are among the spots most desperate for help in Dallas.

By 1955, construction had begun, and in 1959, Dallas became the home of one of the last buildings made by one of the greatest architects of the modern era. Now, the building is a shell of itself after numerous interior changes over the years, including the addition of a lobby and a second story, as well as a complete redo of the theater's seats, which Wright had laid out.

In 2010, a plan was drafted to restore the Kalita Humphreys to its original design, but it was never implemented. However, a local nonprofit is hoping to reclaim this lost treasure for Dallas. The Kalita Humphreys Theater at Turtle Creek Conservancy, a newly formed nonprofit group, is hoping to implement the 2010 master plan and raise the $40 million needed to restore the theater. 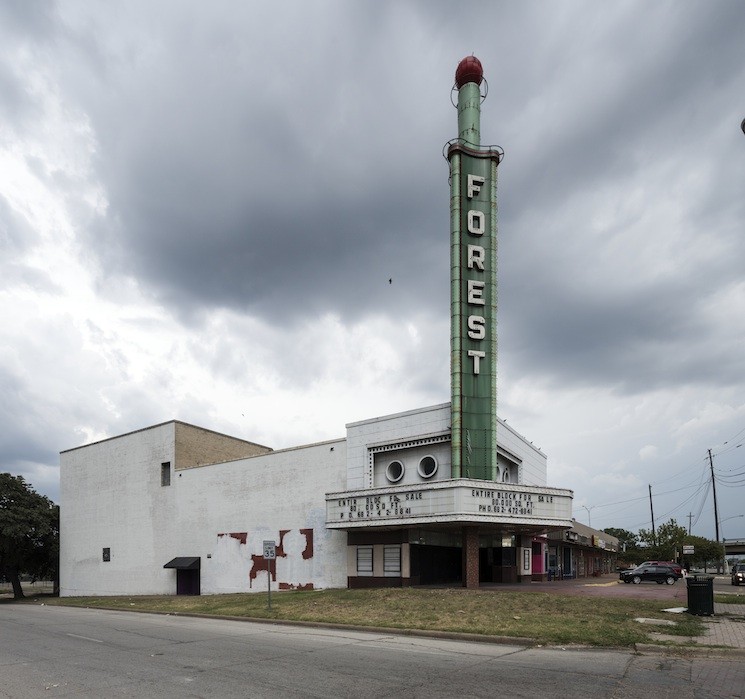 Wikimedia Commons
Forest Theatre
1904 Martin Luther King Jr. Blvd.
Although the Forest Theatre recently received a hefty grant from the Texas Real Estate Commission, it’s spent the last few decades empty and dilapidated. The theater drew a crowd of nearly 5,000 people on its opening night in 1949. The strip mall attached to the theater was once home to the Green Parrot, a jazz club that hosted artists such as B.B. King, Wilson Pickett and Prince.

By the '90s however, the theater was shuttered. Current owners Linda and Jon Halbert — along with CitySquare, a local anti-poverty nonprofit — have high hopes for the future of the theater and plan to reopen it in time for its 70th anniversary next year.

Dallas-based architecture firm Pierce, Lacey and Associates was given relative freedom in designing the building, which had a beauty parlor, a fashion boutique and a sunken, white-carpeted lounge lovingly nicknamed the Passion Pit. By 1974, Braniff ceased using the location to train its employees, and it was remodeled as the Park Gate Senior Living Community before being purchased in 2014.

Since then, the building has remained vacant. In 2015, the Landmark Commission initiated the process of bestowing historic designation on the building, yet there doesn’t seem to be much progress on that front. Because of its proximity to the Dallas North Tollway and new apartment developments in the area, we may lose this blast from the past.

Given the history and age of this Vickery Place landmark, Birrer and the rest of the commission initiated historic designation for the property in June. Lackadaisical landlords let the building deteriorate over the years, but current owners Seth Bame and Barrett Linburg are looking to restore the Bella Villa to its former glory.


The Eagle's Nest Cathedral
1508 Cadiz St.
Just a stone’s throw away from City Hall, the Eagle's Nest Cathedral has been a downtown landmark for more than a century. Completed in 1912 as the First Church of Christian Scientists, the cathedral was designed by renowned architecture firm Hubbell and Greene. Its current owners, the Rev. Walter Grant Jr. and his wife, Brenda, put the building up for sale last year. The couple told The Dallas Morning News that they are unable to maintain the deteriorating building, which was almost designated a historic building in 2000. Without any protections, the Eagle’s Nest could soon vanish. 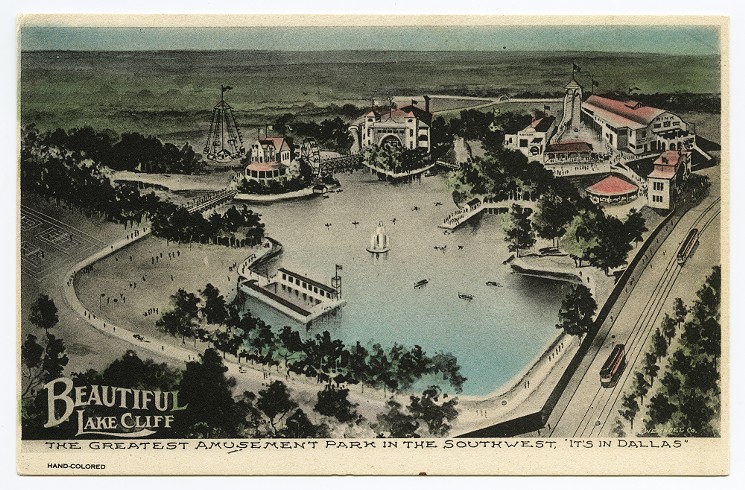 Wikimedia Commons
Lake Cliff Historic District
Oak Cliff has exploded in recent years, but the neighborhood’s rise in popularity hasn’t been kind to the local architecture. As more homes are being demolished to make way for new developments, both Oak Cliff locals and preservationists are calling for the expansion of the Lake Cliff Historic District.

City Councilman Scott Griggs proposed the expansion last year, which would include the area between Elsbeth Street and North Marsalis Avenue, as well as parts of West Davis Street.


Struck House
1923 N. Edgefield Ave.
This Victorian farmhouse, one the oldest homes in Dallas, was almost razed in 2017. The Struck House, named for two early settlers in West Dallas, Heinrich and Anna Struck, was saved last year after Landmark Commission members voted to begin the process of historic designation. This forced Houston-based homebuilding company David Weekley Homes to abandon its plans to build a multifamily development in place of the 127-year-old home. A.J. Ramler purchased the Struck House soon after it went back on the market and has begun to restore the home’s interior.


Moon Mansion
2200 N. Haskell Ave.
This church turned fabled party palace is also in the process of being designated a historic site. Longtime owner Ashley Bellamy has lived at the 113-year-old former Mallilieu Methodist Episcopal Church since the early '70s. The neighborhood, like many in Dallas, has seen the arrival of commercial and multifamily developments, prompting Bellamy’s application for a historic overlay designation. The 0.39 acre plot that Moon Mansion sits on is zoned for multifamily use, but if the overlay designation goes through as planned, Bellamy’s celestial domicile will be preserved.


Vaughn House
5350 S. Dentwood Drive
Commissioned in 1951 by Texas oilman Grady Vaughn, Jr., this 9,500-square-foot mansion is slated for auction this month. Designed by architect Robert Goodwin, the Vaughn House is considered a masterpiece of midcentury architecture. While not quite in a state of disrepair, Preservation Dallas listed this Frank Lloyd Wright-inspired home as endangered late last year, chiefly because the opening bid price is $2.9 million. The domicile was on the market last summer for $5.5 million, but if the auction fails to bring in such a hefty price, the new owner could easily demolish it. The Vaughn House sits on a 1.36 acre plot of land in Old Preston Hollow, making its demolition a possibility. Wikimedia Commons
Fair Park
No matter your opinions on the State Fair of Texas or those who run it, Fair Park is home to a number of iconic Dallas buildings that have been neglected for years. A team of architects and designers led by prominent Dallas architect George Dahl redesigned Fair Park for the Texas Centennial in 1936, creating one of the largest collections of Art Deco exposition buildings in the world.

Despite that fact, deferred maintenance has left the area tarnished with leaking roofs, faulty plumbing and an outdated HVAC system. The city’s 2017 bond package gave Fair Park $50 million to revitalize the National Historic Landmark site. but the estimated cost of repairing the buildings is at nearly $240 million. Top priority renovations, such as infrastructure and electrical improvements, are estimated to cost $27 million, and with a large chunk of Fair Park’s bond money going to repair the Hall of State, $50 million is more of a Band-Aid than a resurrection.