Meet Gray Malin, the Dallas Photographer Your Favorite Celebrities Are Obsessed With 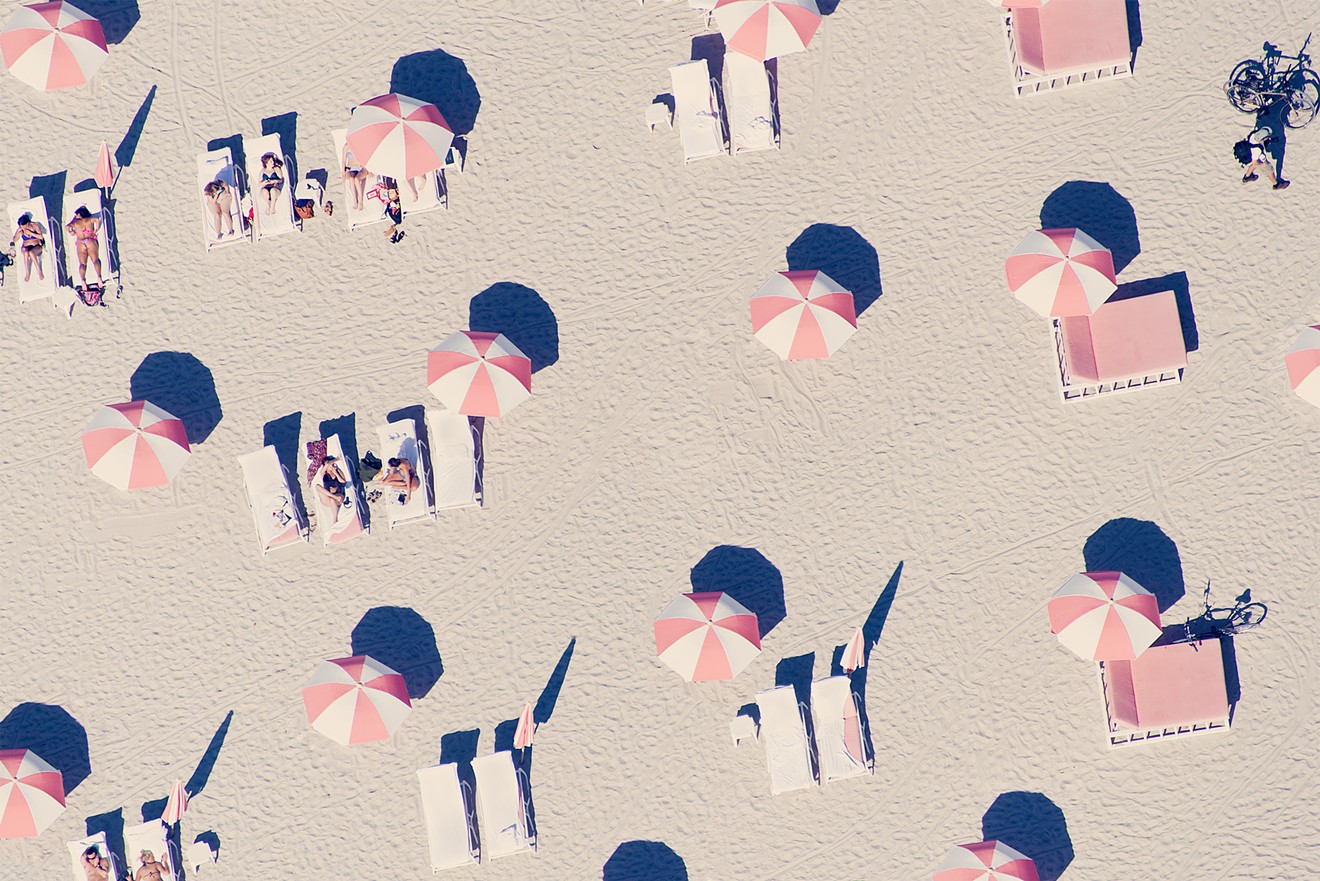 An aerial beach shot taken in Miami © Gray Malin, graymalin.com, @GrayMalin – one time use only
What do Reese Witherspoon's walls and your go-to pair of summer kicks have in common? They both sport photographer Gray Malin's work.

Hollywood's favorite photographer, known for his bright, inviting and festive images of everything from glamorous beaches to exotic animals, got his start in the photo lab at the Episcopal School of Dallas.

After college at Emerson in Boston, he moved to LA and began selling his work at a flea market in West Hollywood, refining his aesthetic to suit his customers' tastes and developing his social media skills until he'd amassed a huge following that allowed him to fund more complicated and adventurous photo-taking trips.


"The one thing that I didn't expect when I first started gaining attention for my work was the demand for me to come out from behind the camera." – photographer Gray Malin

Today, Malin has more than a quarter of a million Instagram followers, a gaggle of celebrity friends and admirers, a New York Times bestselling photography book — 2016's Beaches — and a long list of products bearing his images.

His latest venture is a collaboration with the boat shoemaker Sperry. The unisex shoes feature some of Malin's most popular beach shots from trips to Bora Bora, Rio de Janeiro and South Beach. They were released to stores late last month and retail for $89.95.

In October, Malin will release a new photography book, Escape.

We caught up with Malin via email to ask him about the turns his career his taken and his favorite spot to catch some rays. 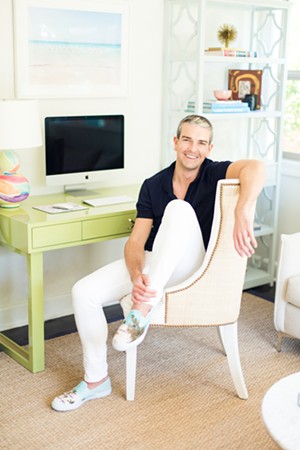 Gray Malin
© Gray Malin, graymalin.com, @GrayMalin – one time use only
Dallas Observer: Many of your shots seem very challenging to execute, whether because of the props  (large animals, in some cases) or the vantage point. Are there photos that you've dreamed up but simply couldn't pull together?
Malin: Yes, of course, but I wouldn’t say that I’ve given up on them yet. It’s just a matter of spending the time to figure out how to make the vision a reality.

Is there anything you've had to overcome for the sake of your job? I assume you must not be afraid of heights, for example.
The one thing that I didn’t expect when I first started gaining attention for my work was the demand for me to come out from behind the camera. I wouldn’t consider myself a shy person, but it definitely takes some getting used to talking about yourself and sharing potentially personal anecdotes for the sake of promoting the Gray Malin brand and all that it encompasses.

If you had a "credo" for your work, what would it be?
If the door is closed, simply go up and knock on it.

Now that you have a New York Times bestselling book to your name and have been profiled in some of the world's most prestigious publications, what are some of your new aspirations? Where has the goalpost moved?
I would like to begin creating branded spaces, like partnering with a hotel on a Gray Malin-styled pool house or
an experiential beach house somewhere like the Hamptons.

A lot of celebrities own and follow your work. Is there one person, outside of your family, whose support would mean the most to you?
It’s incredibly humbling to have your work appreciated by anyone and everyone, so I can’t honestly pinpoint one person in particular. It is very flattering to be mentioned by some of my celebrity clients, though. On the occasions that I have met one or they’ve simply posted something of mine, it’s always very surreal. 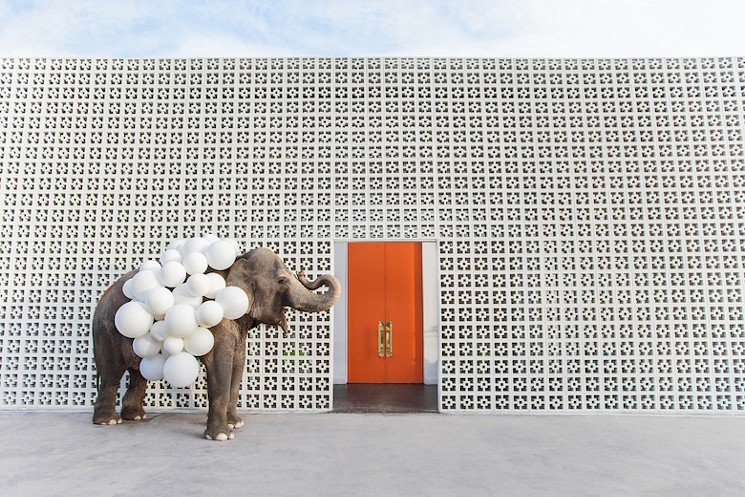 © Gray Malin, graymalin.com, @GrayMalin – one time use only
What's something you have a taste for that might surprise fans?
I love abstract art. I find the independence of composition very appealing.

Tell me about your first experiences with photography. What kind of images did you shoot?
I began taking photographs in high school and continued my studies throughout college at Emerson in Boston. Upon moving to Los Angeles post graduation, I decided to take out a booth at a Sunday swap meet in West Hollywood. I was primarily selling black and white landscape photography, as that was my initial focus.

The Prada Marfa series first debuted during these days, too. Right away, I was able to see what connected with people and what did not. Though it was a humbling experience, I met so many incredible people in the community and was able to display my work effectively, eventually making a name for myself.

What was the photography training at Episcopal School of Dallas like?
Excellent! I had a great relationship with my teachers and classmates. ESD is very supportive of the arts, and I wouldn't be where I am today without the strong foundation of photography I learned in high school.

You sell all kinds of accessories on your website, from beach towels to iPhone cases, and now you're collaborating with Sperry. How much of your business do these associated products compose?
The majority of the Gray Malin brand is still very much my photography, but it’s been extremely exciting to develop extension products inspired by the work. The collaboration with Sperry, in particular, was such an ideal combination of their heritage seafaring shoes and my beach aerials to create chic, beach-perfect shoes. 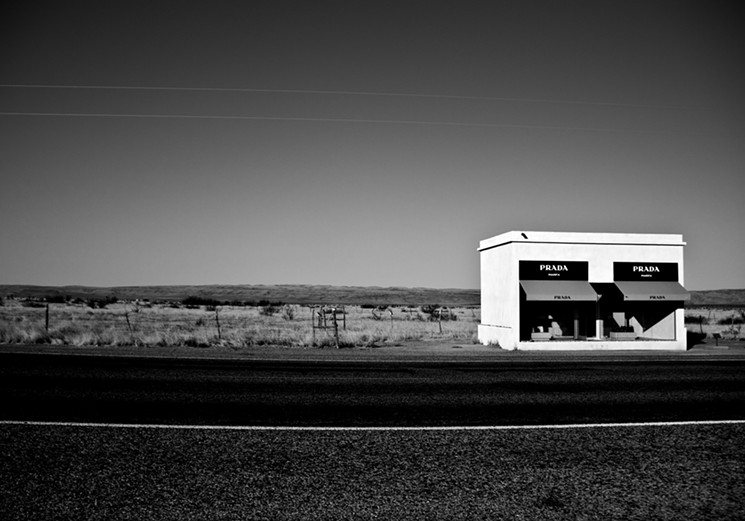 © Gray Malin, graymalin.com, @GrayMalin – one time use only
What might you be doing today if you hadn't pursued photography? Did you ever have a backup plan if photography didn't work out?
I wouldn’t say I had a backup plan, per se, but in retrospect, I think I would have still pursued a creative field, perhaps either in interior design or a creative director within the home decor space.

Where's your favorite place to vacation?
This is such a difficult question, so I’ll have to say my top two destinations for vacation are Capri, Italy, and Cape Town, South Africa. They’re both very different, of course, but simply thinking about each one will bring a smile to my face.

To learn more about Malin and to purchase his work, visit graymalin.com.