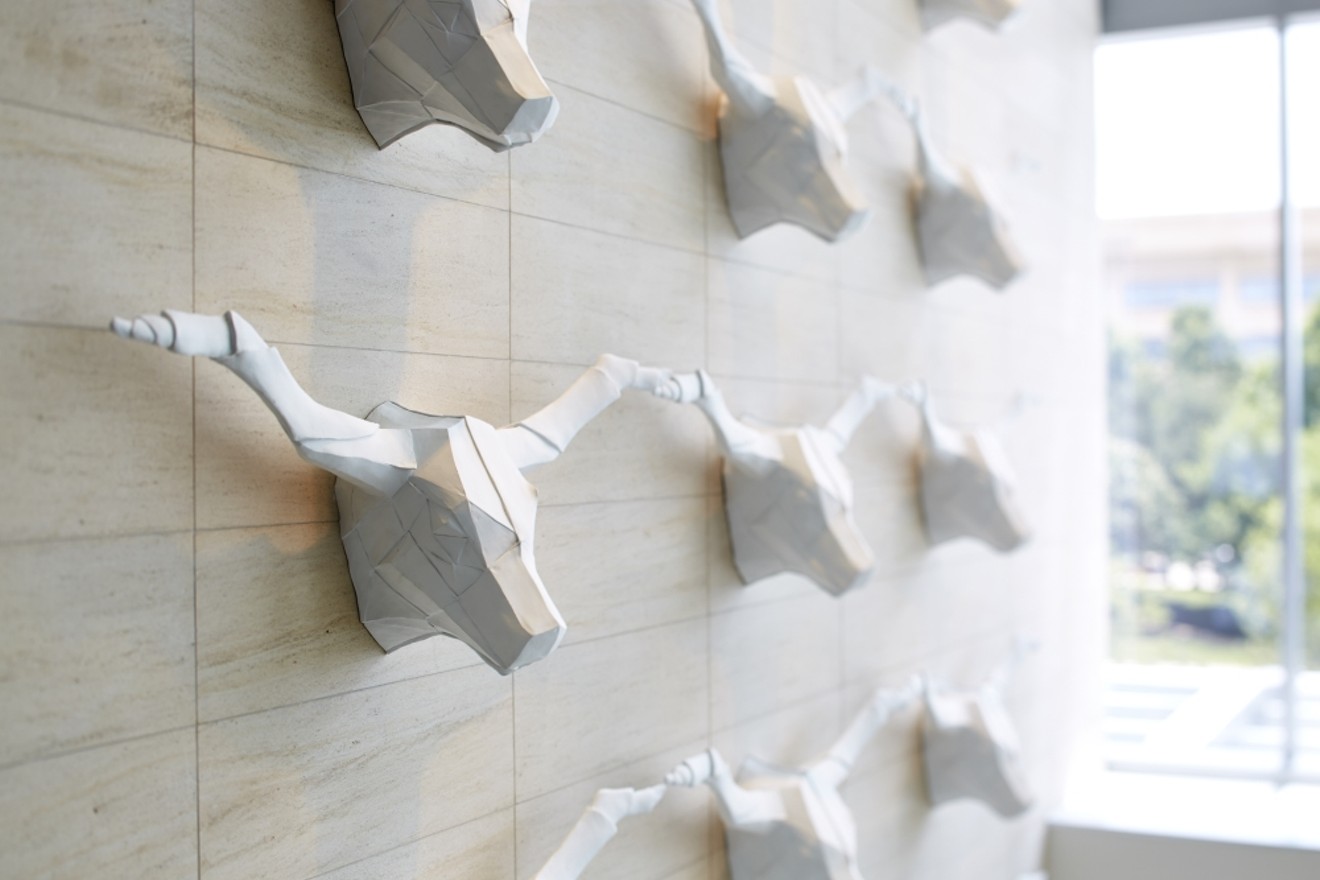 Asian and Texan themes meet in the interior design of Sam Moon Group's Renaissance Hotel in Plano's Legacy West developement. courtesy Looney & Associates
While Sam Moon Group is best known for its handbag and accessory empire, it has now taken on a new venture in the hotel and hospitality industry. The 15-story Renaissance Dallas at Plano Legacy West Hotel, which opened in July, brings a mix of Asian art and culture to North Texas.

Korean native David Moon founded Sam Moon Trading Co. in 1984 after he and his wife, In Sun Moon, settled in Texas. He always had a dream of owning a full-service luxury hotel, and the development at Legacy West provided an opportunity.

“We chose Plano because there are so many corporate headquarters in the Legacy area and my family has lived in Plano for years,” says Daniel Moon, David's son and the head of hospitality efforts.

Daniel Moon joined the company in the mid-'90s; his older brother Sam Moon joined in the early '90s. The two brothers are responsible for the day-to-day upkeep within the company.

courtesy Looney & Associates
“Our company is still a mom-and-pop company," Daniel Moon says. “I think this aspect is unique to have a small family business growing into a real estate development company.”

Renaissance Hotels asked the Moons to come up with a design theme. With the help of hospitality design firm Looney & Associates, the Moons settled on a “west of zen” concept to honor their Asian heritage and Texas roots.

“We wanted a strong overall concept, and west of zen is a merging of Texas culture and Asian eastern culture, so east and west,” says Tori Kropp, an interior designer at Looney & Associates.

courtesy Looney & Associates
From origami longhorns to floppy-disk canvases, west of zen runs the gamut of Asian fusion. Each piece of art was carefully selected to balance the theme and create a space in which guests feel that they are getting a special experience.

“Most of these pieces have some symbolism or patterns,” Kropp says. “We tried to use as much symbolism as we could, which goes beyond decorations.”

For Daniel Moon, this process has been an opportunity to learn and develop new skills in the hospitality industry, which is different from retail.

“Hotels illicit a certain excitement in people,” he says. “From the operations side, we get to see how a top-notch organization manages a hotel.”

Sam Moon Group has plans for expanding its concepts further, including another hotel in Fort Worth and an expansion at Stonebriar Centre in Frisco.