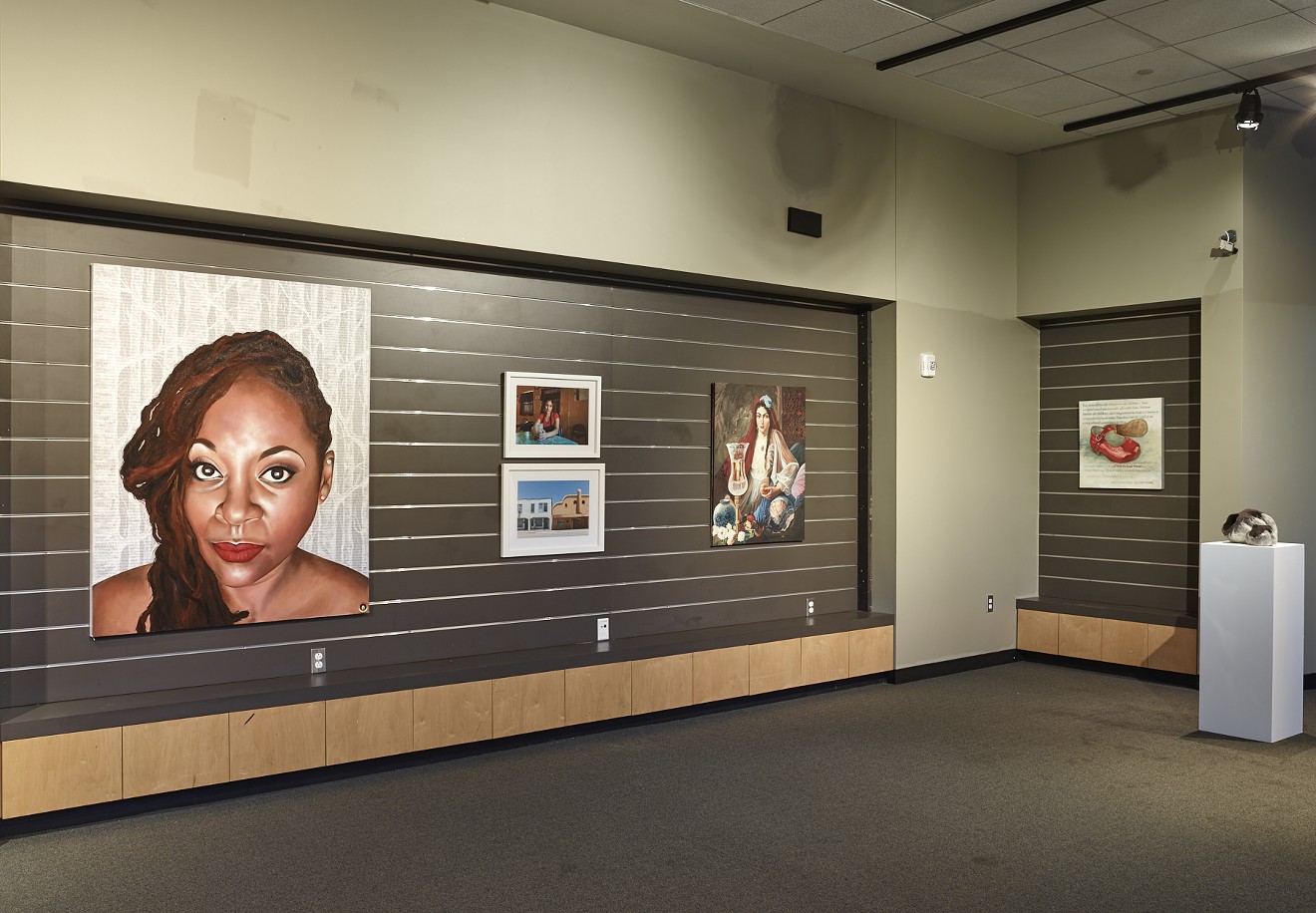 Vignette Art Fair will take place during the Dallas Art Fair, which runs through Sunday at the Women’s Museum at Fair Park. courtesy Texas Vignette
Oftentimes artists find themselves in situations in which they have to take matters into their own hands, like when the system fails them in some way.

That’s where the women of the Texas chapter of the Women’s Caucus for Art found themselves last year when they weren’t getting the support they needed from their national organization. It prompted the Dallas-based collective to break away and form its own nonprofit called Texas Vignette.

The women's organization burst onto the scene in a major way, holding an all-female art exhibition during the giant annual Dallas Art Fair in April. It allowed thousands of international artists, gallerists, collectors and brokers to witness what women in Texas have to offer while all eyes were on Dallas.

Now in its second year, Vignette Art Fair is taking place again during the Dallas Art Fair, which runs through Sunday at the Women’s Museum at Fair Park. Over the span of a year, Vignette has grown from a single curator who brought together 30 artists to three curators who picked a total of 65 women out of 250 submissions from across the state.


“I’ve been going to the Dallas Art Fair for a decade, and one of the things I notice every time I go ... local artists in general are underrepresented, and specifically for women, it’s much worse.” – Jessica Ingle, president of Texas Vignette.

“I’ve been going to the Dallas Art Fair for a decade, and one of the things I notice every time I go, which is true of all fairs and major institutions, local artists in general are underrepresented, and specifically for women, it’s much worse,” says Jessica Ingle, an independent art consultant and president of Texas Vignette.

Ingle was one of six women on the board of the Texas chapter of Women's Caucus for Art and was instrumental in forming Texas Vignette to advance women’s careers and exposure in the arts.

“Nationally, women are just not as recognized," Ingle says. "If you look at local institutions for grad school, they’re comprised mostly of women getting master’s and Ph.D.s in art history, but as of 2014, women are running only 25 percent of major U.S. museums, according to U.S. News and World Report. And only 30 percent of artists represented by commercial galleries are women, according to Gallery Tally.”

To that end, Texas Vignette isn’t just an annual art fair; it's active throughout the year, hosting monthly gallery walks that support women-owned galleries and exhibitions by women artists. The group scores private tours of major institutions like the Dallas Contemporary, which has hosted some progressive female-centric shows in recent history. It also hosts panels during the fair so women can share knowledge on topics such as “art and success” and “art and community.” Ingle hopes to expand these panels to year-round programming.

Texas Vignette's budget comprises member dues that ring in at $45 per year — an amount that decreased from $65 when the group left the national Women’s Caucus. Those dues are being better utilized locally, too, since the national organization would take a giant cut — 80 percent — to fund a yearly gala and national initiatives that didn’t directly help women in Texas.

Putting together Vignette Art Fair is no small feat. Ingle says hosting the labor-intensive exhibition during the Dallas Art Fair, which is already saturated with spinoff events, pop-ups and gallery shows, is designed to make the most of an opportunity.

“The best time to have a fair in Dallas is when the a big portion of the international art market is here," Ingle says. "We’re hoping that they will discover our fair and give these women exposure on an international level.”

Ingle also has a takeaway message for her hometown to keep in mind the rest of the year.

“Dallas is a city that looks a lot to New York and L.A. and forgets oftentimes to look at its own artists and creators,” she says. “We are doing some amazing things here; it blows my mind some of the stuff artists are coming up with, and really stretching the boundaries of normal art practices and ideas. I wish people would pay more attention to that.”