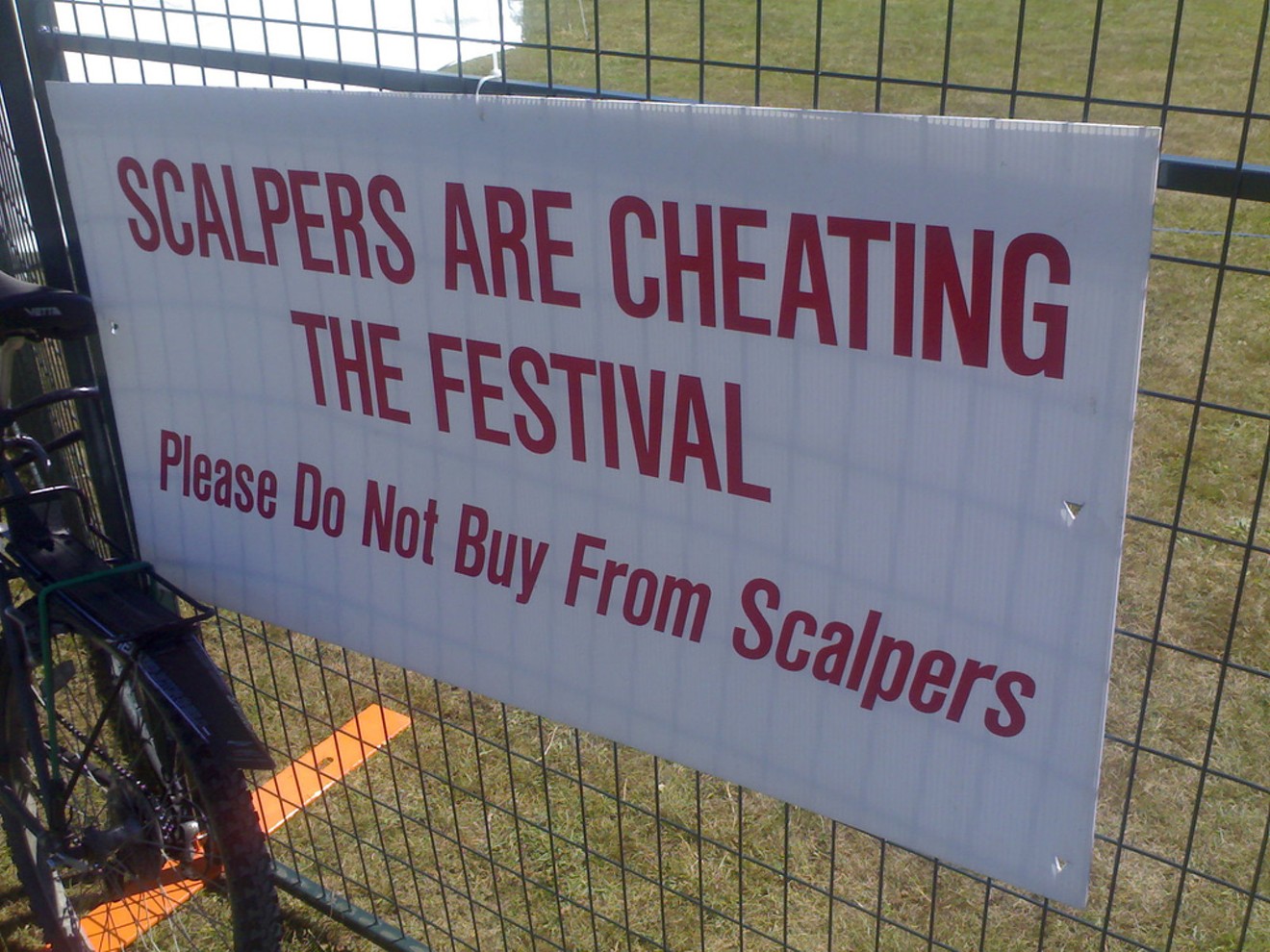 Advancements in technology have allowed scalpers to become more efficient, hurting venues, organizers, but most of all, the fans. Flickr/Richard Eriksson
U2 fans are calling it a rip-off. Tickets to the Dallas stop of U2’s Joshua Tree stadium tour sold out in a matter of seconds after they became available at 9 a.m. Jan. 16. The same happened in Boston, Chicago, Los Angeles, Miami and Seattle; tickets for all legs of their stadium tour vanished before fans could click “buy tickets now.”

U2 tickets reappeared a few seconds later on secondary ticket market sites such as StubHub, Bargain Seats Online, Vivid Seats and Seatwave for double, triple and quadruple the original price. For example, Stubhub is offering general admission tickets to the May 26 show at AT&T Stadium in Dallas — with seating on the floor — for more than $200, while suites average between $22,000 and $33,000, and reserved seating runs up to $10,000.

U2 fans took to social media to voice their frustration, asking Ticketmaster how a secondary ticket market site like Seatwave could be offering U2 tickets at much higher prices.

The New York Times reported in May 2013 that Ticketmaster had filed a lawsuit against a group of scalpers who were using bots to snag 200,000 tickets a day. Bots were used to buy 60 percent of the most desirable tickets offered by Ticketmaster, according to the report.

Ticketmaster claims it’s trying to step up efforts to combat the bots. “As with hackers, you can solve it today, and they’re rewriting code tomorrow,” Live Nation’s chief executive Michael Rapino told The New York Times. “Thus the arms race.”

Then-President Barack Obama attempted to kill the bots when he signed the “Better Online Ticket Sales (BOTS) Act of 2016” on Dec. 14.

The BOTS Act of 2016 states: “This bill prohibits the circumvention of a security measure, access control system or other technological measure on an internet website or online service of a ticket issuer that is used to enforce posted event ticket purchasing limits or to maintain the integrity of posted online ticket purchasing order rules for a public event with an attendance capacity exceeding 200 persons.”

Critics of the secondary market industry claims it’s a step in the right direction because bots circumvent security measures of ticket websites and often push ticket prices out of the reach of ordinary consumers.

The new owner of Outhouse Tickets in Dallas, Greg Satterwhite, says he uses a program that keeps consumers from purchasing more than 10 tickets. He says he believes the BOTS Act of 2016 should benefit the customer. “Theoretically, it should keep prices lower unless promoters end up jacking up the prices,” he says.

Promoters often set ticket prices for the show. What is unclear is if they’ll raise ticket prices if ticket sales take a hit since a bot program won’t be purchasing 200,000 a day.

And obviously the new law hasn’t prevented U2 fans from being screwed.

Kayleigh Lovvorn, a public spokesperson for the Texas Attorney General’s Office, says that her office hasn’t had any enforcement under the BOTS Act yet, but consumers are welcome to file a complaint about any suspicious ticket sales activity.

“Our Consumer Protection Division continuously analyzes complaints in order to take legal action,” Lovvorn says. “We are prohibited from representing individual consumers, but consumers can ultimately benefit from actions taken by our office through changes in a company’s practices and (where appropriate) restitution we recover.”

For more information on the Consumer Protection Division and the complaint process, visit texasattorneygeneral.gov/cpd/the-consumer-complaint-process.