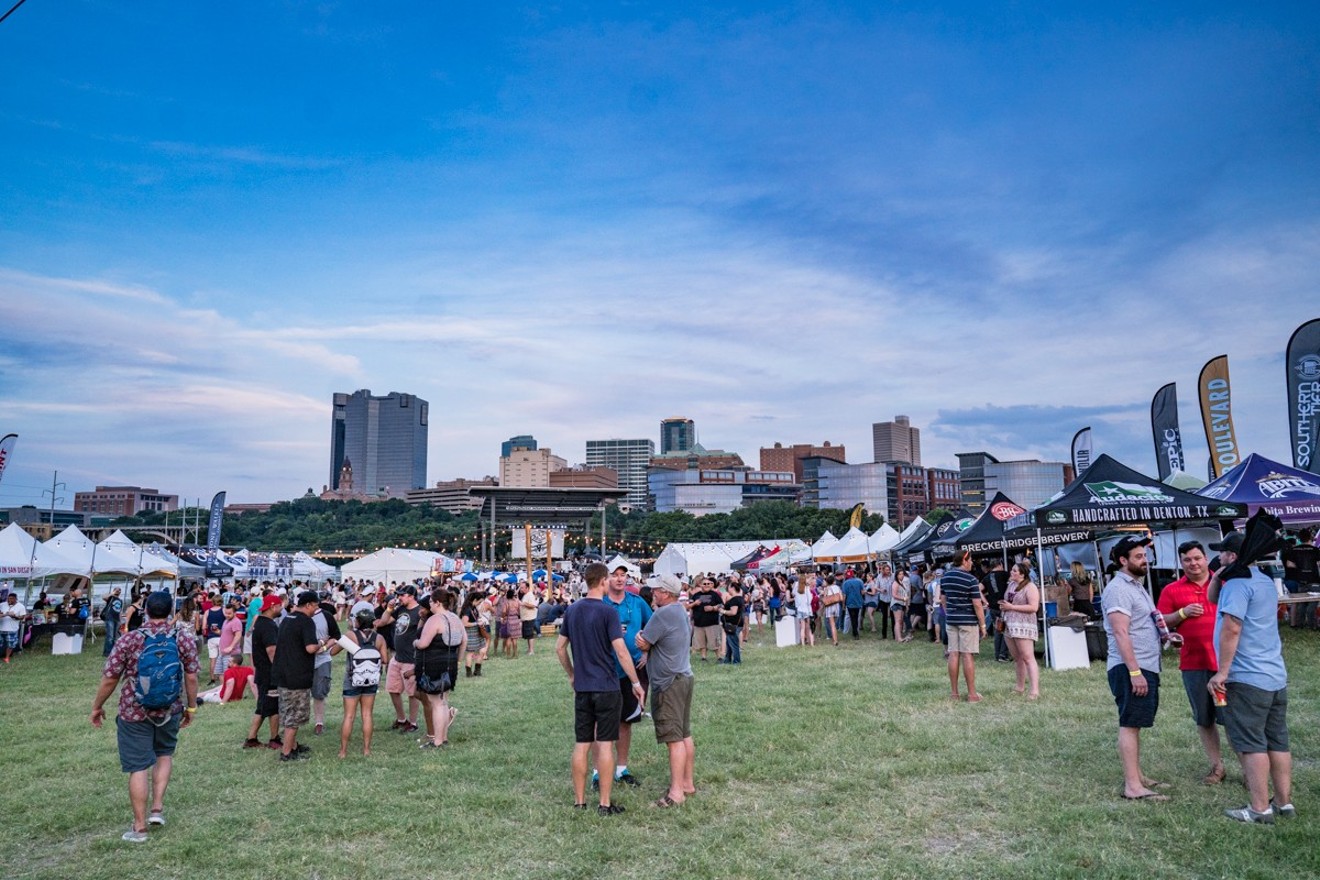 
North Texas has never been short on music festivals. But every year, there are at least a few new festivals that pop up, adding to the bouquet of options.

They either grow into local staples or fold before the gates open, as was the case with Go Figure Fest and Bulladora. But even among the festivals that have survived to become annual events, there are clear winners and losers.

Festival passes are often expensive. Here's our two cents on which are most worth your time, ranked from least to most favorite.

10. Fortress Festival
This brand-new Fort Worth festival barely squeaked onto this list. The worst part of the festival was an absurd route between the two main stages that forced attendees to circle around the grounds and re-enter through the front gate if they wandered over to the floating stage at the Modern Art Museum.

But outside of that, Fortress Festival was pretty great, and it's hard to find fault with its ambitiousness. The inaugural lineup was attractive, with Run The Jewels, Purity Ring and Flying Lotus serving as headliners. And there was also lots of Dallas talent on the bill.

Promoter Margin Walker has built an infrastructure that the festival should be able to grow into in the coming years. Fortress has already announced it will be back next year.

Mike Brooks
9. Index Fest, formerly known as Untapped
There are dozens of beer festivals with bad music lineups and just as many music festivals lacking in brew options, but for years Untapped has delivered a great beer festival with a less great but still decent music lineup. It blends the two types of festivals better than anyone else.

Earlier this year, Untapped adopted the name Index Fest, which once belonged to another local music festival, now defunct. Now that Untapped has rebranded, the beer and music celebration is getting extra ambitious, hosting events in Fort Worth, Austin, San Antonio, Houston and Dallas.

Mike Brooks
8. Elm St. Music and Tattoo Festival
This festival isn't necessarily one of the best music festivals in North Texas, but it is one of the most important. With each passing week, Deep Ellum is growing more and more unrecognizable and looking more and more like Uptown. Oliver Peck’s Elm St. Music and Tattoo Festival is full of old Deep Ellum charm; it's the antithesis of Uptown and a good place to catch some punk bands.

Mikel Galicia
7. "So What?!" Music Festival
For 10 years, "So What?!" has been showcasing the best and brightest acts of the alternative, punk, hardcore and metal scenes. It's endured various name and venue changes — moving from Plano to Deep Ellum to Grand Prairie — yet it has retained its following and continued to grow wherever it goes. When it first launched, the festival was a daylong event; then it became a full weekend affair, and now So What?! is a biannual event occurring in the spring and fall.

But in the two years since, Something Wonderful has found its footing at Texas Motor Speedway. Now it's a huge EDM event that has booked top DJs such as Tiesto, Borgore and DJ Snake.

5. Not So Fun Wknd
For 10 years, Parade of Flesh has booked a fantastic lineup of bands in the spring, as they pass through Dallas after Austin's South by Southwest festival. Curmudgeons love to bitch about SXSW, and in recent years, Not So Fun Wknd (formerly Spillover) has expanded into a multiday, multivenue event that is a good alternative.

Roderick Pullum
4. Lights All Night
Lights All Night might be the biggest New Year’s Eve party in Dallas and the biggest music festival in the area. Last year, the two-day dance party brought an estimated 35,000 ravers to Market Hall, along with some of the biggest talent in the industry in Deadmau5, RL Grime and Above & Beyond. In six years, it’s become a destination for EDM lovers across the country, and the event is beginning to open up in new markets.

Erykah Badu performs at Oaktopia.
Kathy Tran
3. Oaktopia
It’s not easy being a music festival in Denton. Nevertheless, in four years, Oaktopia has established itself as one of the best festivals. The 2016 lineup included diverse talents such as Norah Jones, Rae Sremmurd, Dr. Dog, Best Coast and Cat Power, plus many great local acts.

Oaktopia has expanded to fill the hole that the recently departed 35 Denton left behind, but its future is also uncertain. Oaktopia recently lost its co-owner and primary investor. If Oaktopia doesn’t bounce back this year, the area will lose one of its best music festivals.

Mike Brooks
2. Homegrown
Before this year’s Homegrown Fest, one its best qualities was its emphasis on music from Texas (hence the name). Even now that Homegrown has decided to welcome acts from beyond state lines, it and its cousin Old 97’s County Fair are still blueprints for what a Dallas music festival should be.

Homegrown is in the heart of downtown at Main Street Garden Park and boasts one huge stage. Everyone can see and hear each act, and there are lots of peripheral activities and events to make it a truly entertaining daylong event.

Roderick Pullum
1. JMBLYA
Since 2013, JMBLYA has grown into one of the biggest festivals in Dallas. Like Homegrown it was once hosted in Main Street Garden Park, but for the last two years it has been held in  Fair Park.

Last month, JMBLYA drew out 25,000 people. It's no wonder, since the lineup was stacked with hip-hop superstars like Chance The Rapper, Migos, Gucci Mane and EDM icon Steve Aoki.

Outside of great booking, JMBLYA is the best music festival in Dallas because it offers amenities that go above and beyond other festivals like free water all day, giveaways, water slides and plenty of food options.