Time To Head Back to School: UNT Offers a Class on the Music of Frank Zappa 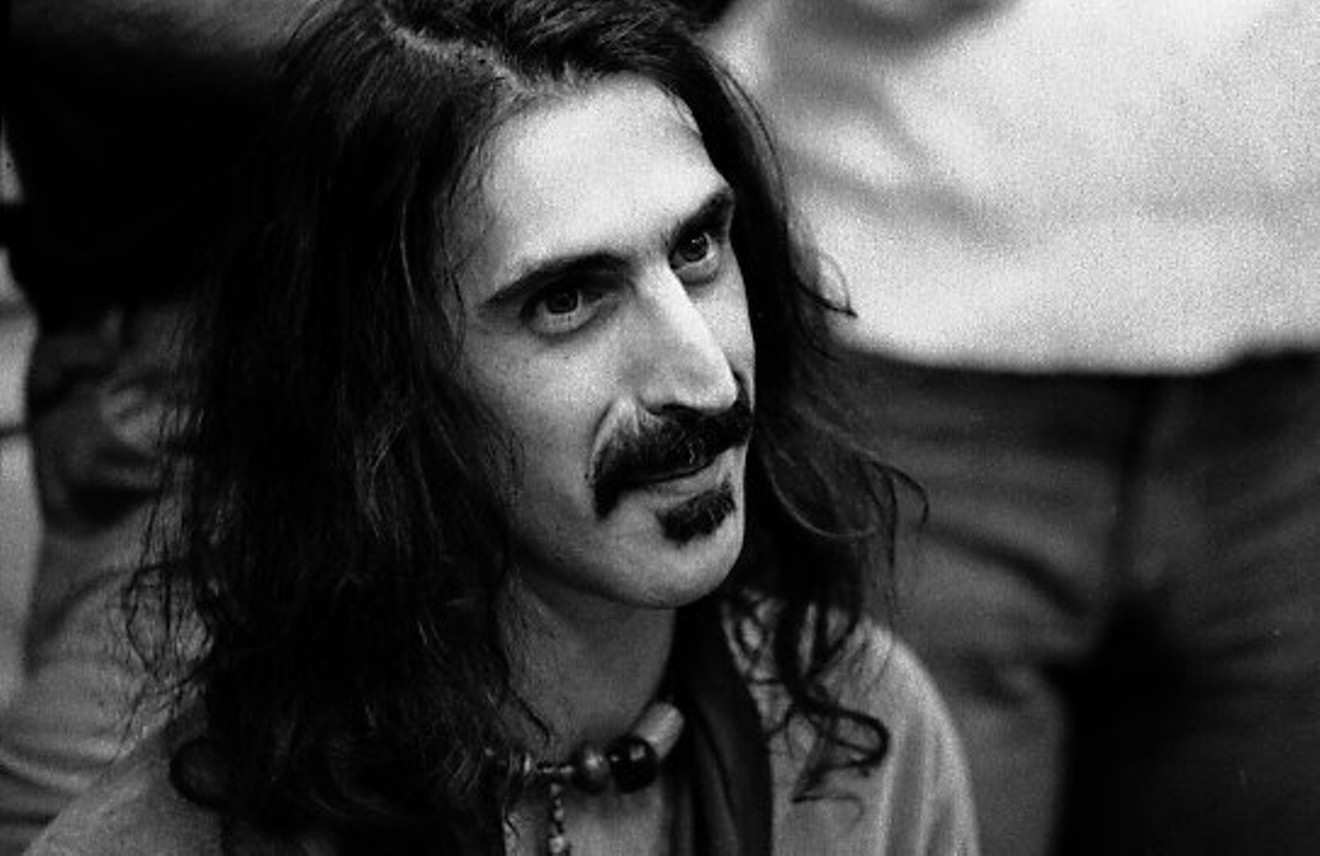 If Frank Zappa were alive today, it’s likely he would have much to say about our political landscape. He certainly would have no shortage of material from which to choose — border walls, bathroom legislation and the ubiquitous labeling of people as “snowflakes” would make good fodder for an album’s worth of songs from one of music’s most culturally perceptive commenters.

Cancer claimed Zappa 25 years ago at the age of 53. While he’s no longer here to serenade audiences with whip-smart, socially conscious renderings or searing bits of satire, he left quite a catalog in his wake. A song like 1966’s “Trouble Every Day," a rave-up of racial injustice written in the wake of the Watts riots, still resonates with the daily struggle for racial equality. Equally timely is 1981’s “You Are What You Is," a mockery of cultural stereotypes and the need for acceptance in mainstream society.

Over the course of his four-decade career, Zappa created hundreds of songs that sought to make sense of the myriad contradictions, discrepancies and dualities of modern American life. He was also a fierce individualist who never shied away from expressing his opinions or offering a critical viewpoint on topics much of America was content to steer clear of.

And for almost two decades, Zappa's life has been the subject of an academic class at the University of North Texas. Since 2001, Joe Klein, professor and chair of the Division of Composition Studies at the College of Music, has been teaching The Music of Frank Zappa, a full-credit course open to students from all majors and academic backgrounds.

This semester, Klein revived the class for the first time since 2015. He finds the timing relevant.


“The class this year has some extra resonance with what’s going on today in the world." — Joe Klein, UNT professor, on his Frank Zappa class

“It’s a bit of an unhappy accident in a way," Klein says. "The class this year has some extra resonance with what’s going on today in the world.

"I was showing video clips of the Watts riots to students the other day, and I actually got a lump in my throat talking about how we’re still dealing with these same issues today. Zappa was such a critical social and political commentator. The injustices and hardships he was commenting on are still, unfortunately, happening today.”

The class is much more than just pulling up a chair and listening to old rock and jazz MP3s. It meets three times a week and includes in-depth reading and projects.

“The class isn’t limited to strictly music composition majors, and that prevents me from getting too deep into critical music theory," Klein says. “The students are going to do a lot of reading, writing and digging in, which hopefully opens their minds to a variety of thought-provoking issues."

The class has about 35 students, ranging from hardcore Zappa-heads (“I can’t compete with the level of minutiae they bring to the conversation,” Klein says with a laugh) to first-time listeners. Klein hopes students walk away from the lessons with increased musical appreciation and a unique perspective on society.

“I think of the class as sort of a history of America since the Second World War,” Klein says. “Zappa was born in 1940 and came of age during such significant historical events. We study his musical influences, study his releases, and also get into the sociological, political and historical viewpoints. You wouldn’t think you’d be able to talk about one guy for 15 weeks, but with Zappa, you certainly can.”

Klein’s interest in Zappa dates to his high school years, when he first encountered his music while working at a record store in San Diego. Shortly after his arrival at UNT in the early ’90s, Klein spearheaded a musical tribute to Zappa commemorating his death.

“I kept the idea for teaching a Zappa-centered class in the back of my mind," he says. "I put it off until one summer when I was able to start offering it as a course.”

Those initial forays into the Zappa universe have turned into a semiregular and quite popular part of the UNT curriculum. Klein buffers the content by bringing in longtime Zappa collaborator Arthur Barrow to speak and lead guitar workshops for the students.

Over the years, class participants have submitted individual projects centered on the complexities of Zappa's music and viewpoints. Klein, too, is becoming a go-to expert on Zappa’s works. This April, he’ll serve as the guest lecturer for a performance of Frank Zappa's “The Yellow Shark” by Orchestra 2001 in Philadelphia.

All of this bodes well for the future of Zappa studies at UNT. And, as social transgressions continue to rear their ugly heads, Zappa’s words and actions will continue to reverberate.

“He didn’t like Reagan or Bush,” Klein offers with a chuckle. “So imagine what he would have to say about Trump."