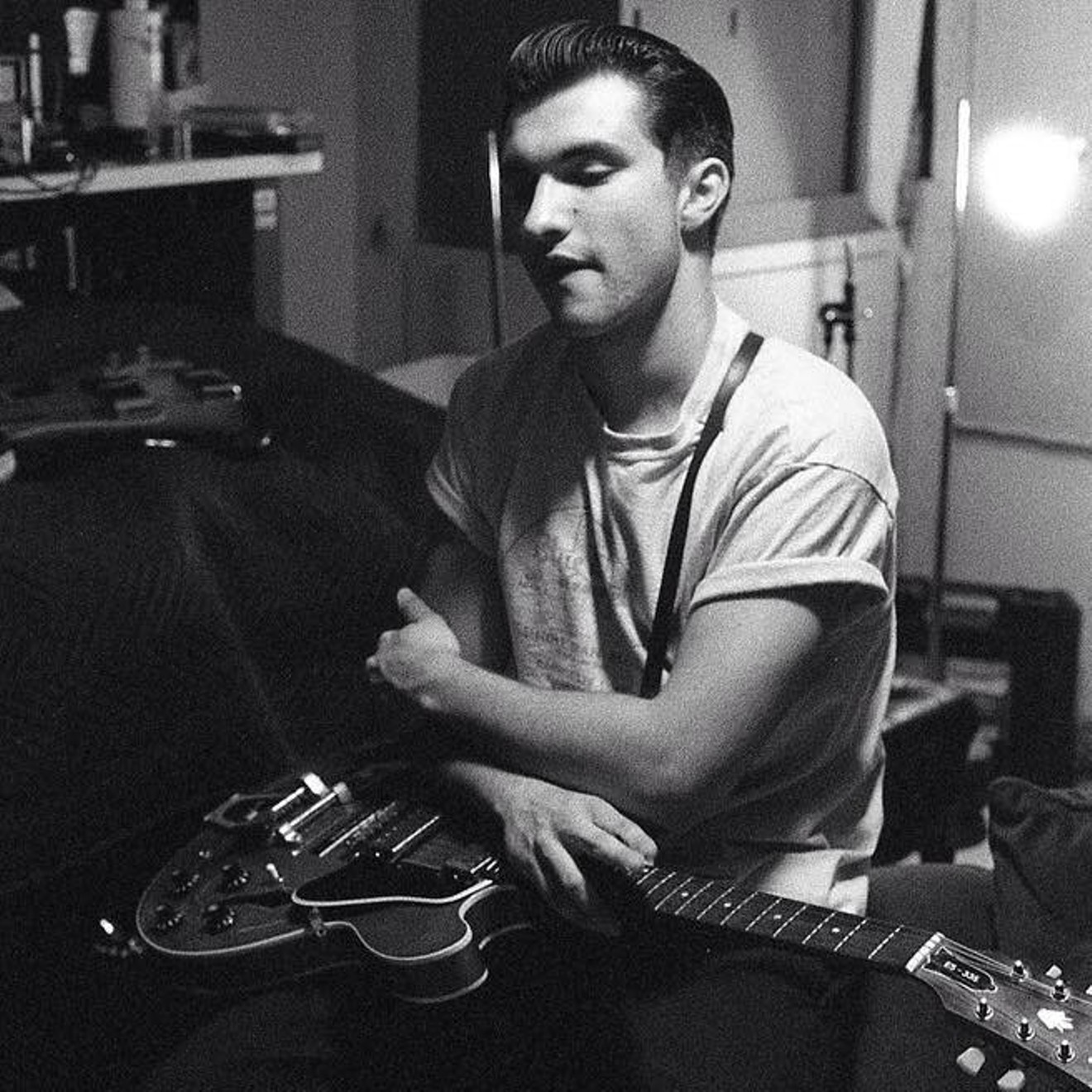 Dylan Bishop recently moved to Austin to continue pursuing his music career. via Dylan Bishop Music on Facebook
Most of Dylan Bishop’s classmates from Keller High School are either wrapping up their freshman year in college, waiting on college acceptance letters and gearing up for prom. But the young blues guitarist is preparing for a 2018 tour of South America and to record his second album.

He graduated a year early, getting his diploma in 2016, so he could pursue his career as a professional musician. “They went to college to do their thing,” Bishop says. “I went to Austin to be a musician.”

Bishop’s journey on guitar began at age seven, with an unlikely inspiration for the future blues devotee. “My dad gave me an AC/DC CD and that was it for me,” he says. “So for a long time I just loved AC/DC and anything like it. I’d never had anything else make me feel like that.”

A few years later an encounter with a blues great changed his musical direction. “I was on YouTube one time, and I heard an Elmore James song called ‘Blues Before Sunrise,’ and something about the way Elmore sang really struck me. I was probably about 10. I just thought, ‘This is totally different than anything else I’ve heard.’”

Bishop began playing at DFW blues jam sessions with musicians who remain mentors to this day. Bassist Cadillac Johnson and drummer Dirk Cordes still play with Bishop at his DFW gigs. And he credits Reo Casey, Sumter Bruton, Mike Morgan, Anson Funderburgh and Hash Brown for helping with his blues education. “Hash Brown is great. He showed me a bunch of stuff, as he did for Johnny Moeller and Paul Size, all of these guys who came through Texas,” Bishop says.

By his freshman year in high school, Bishop began planning to graduate a year early so he could pursue a career as a working musician. “I’d always done well in school as far as grades. I’d planned on going to college until my freshman year of high school. That’s when I was getting fully focused into music,” he says. “I’d go to Austin on a Sunday night and hear Jimmie Vaughan playing. And then I’d drive back to school Monday morning and I’d be sitting in algebra and starting to really lose interest in school. So by freshman year I’d decided to devote my time to music and not go to college. By sophomore year I set my credits to graduate a year early.”

After graduating in 2016, Bishop began preparing to record his first album. He arranged for DFW bandmates Cadillac Johnson and Dirk Cordes to travel to Austin for the session. But before recording commenced, producer Billy Horton urged Bishop to re-think his plan for an album of cover songs. “Going into the record I didn’t have any originals written,” Bishop says. “I just wanted to come in and do some covers and have a record. He said, ‘You’d be really smart to do some originals and try to do something a little different.’ That was great advice.”

The result: nine of the album’s 13 tracks are Bishop originals. “Most of the time I’d be driving and I’d come up with words or a phrase and I’d pull out my phone and record the audio of me singing into my phone. It all came pretty easily from there. I’m always listening. I think that’s the most important thing.”

But there was one other change in plans. A legendary guitarist with deep Dallas ties asked if he could participate. “Billy Horton texted me one night, ‘Hey, Jimmie Vaughan might be willing to play on your record if you’re interested.’ I said, ‘Absolutely!’ So he played on two tracks. He was super cool. I’ve known him for a while. He said, ‘Man, this is your record. Whatever you want me to do.’ It was great. He was awesome.”

The resulting album, The Exciting Sounds of the Dylan Bishop Band, is getting good reviews and starting to generate more offers from blues festivals across the U.S. and the gig in South America next year. Bishop wants to record a follow-up album later this year.

“It will definitely be different. I’m listening to different stuff. I’m still listening to blues, but I’m incorporating some other influences that I was not incorporating when we made the other record. I’m not going to do anything drastic or change genres altogether. But I want my music to always be changing and evolving.”

Bishop is also on a mission to get young people interested in blues. “If you start calling yourself blues you’re kind of limiting the crowd that’s going to come hear you, especially when it comes to age. So the challenge for me is playing real blues. I don’t want to compromise that. But I want to bring in a new audience and a younger audience and really show them that it’s a fun music. It’s not what most people think it is.”

One thing is certain: Bishop is living his dream and not taking it for granted. “I feel really lucky,” he says. “Very, very few people are fortunate enough to get to do what I’m doing and be around their heroes at such a young age.”