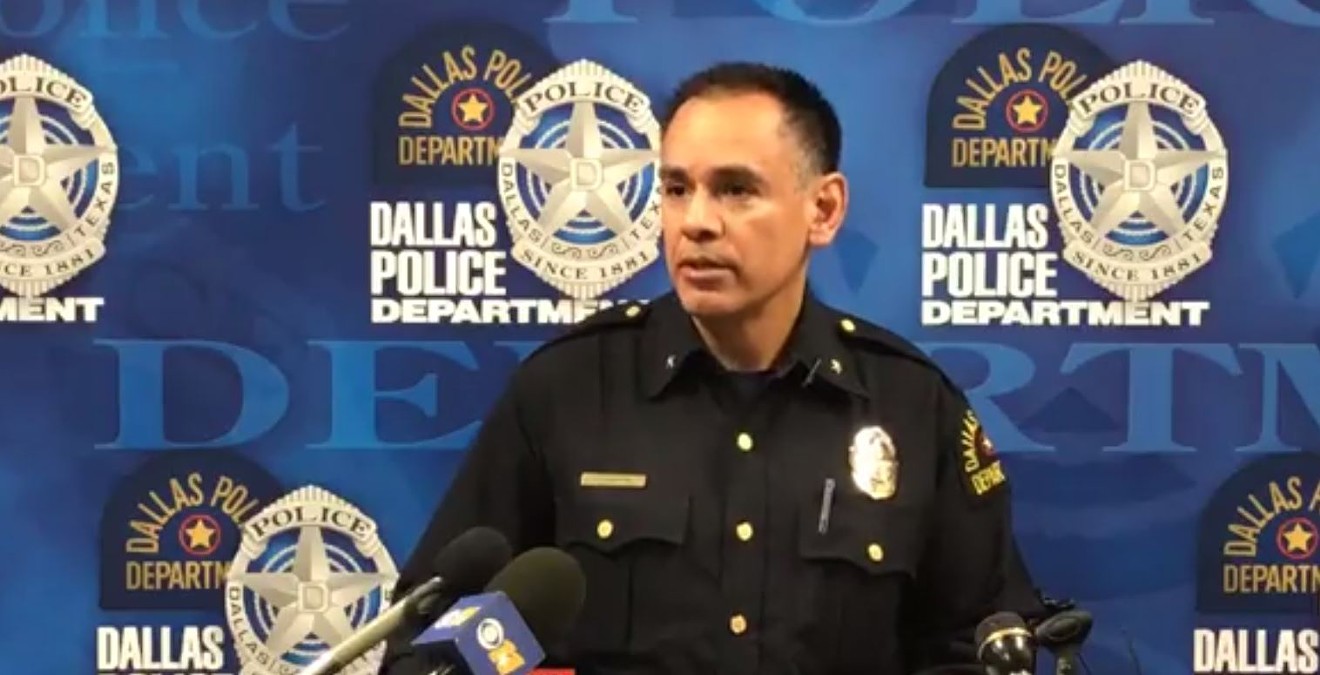 Assistant Chief Thomas Castro spoke at Dallas police headquarters Wednesday. Dallas Police Department
On Wednesday afternoon, the Dallas Police Department announced that it's looking for suspects in 10 similar robberies in East Dallas. Robbers targeted Latino men between the ages of 51 and 78 in each incident, according to Assistant Chief Thomas Castro, threatening victims with a gun before taking their property. The robbers shot two of the victims, causing injuries that weren't life-threatening.

Castro says the majority of the robberies — which he described as crimes of opportunity — have occurred in an area bounded by Worth Street to the north, Fitzhugh Avenue to the east and Columbia Avenue to the south. Seven of the 10 have happened in broad daylight, between 6:30 a.m. and noon, while the other three have happened between 10:30 p.m. and 11:15 p.m. 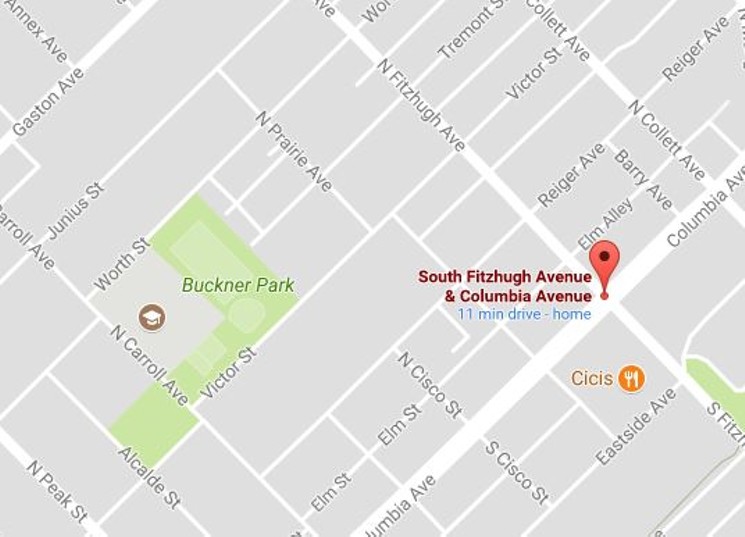 Police say the majority of the robberies have occurred in the same area.
Google Maps
While Castro says the robberies all fit a similar pattern, he could not confirm that they were connected. Victims have reported being robbed by either one or two individuals of varying height, weight and age and have described different getaway cars, including a 2000 Toyota or Nissan, a black convertible and a red sedan.

"Several of these robberies occurred on a busy street, and we're encouraging anyone who may have seen or witnessed any of these offenses to come forward," Castro said.

A reporter at the press conference announcing the robberies asked if Latinos were being targeted because their assailants believed they were less likely to go to the police because of Texas' recently passed sanctuary cities bill. Castro said he didn't think the crimes had anything to do with the bill but noted that victims of the targeted profile are hit especially hard when they get mugged.

“These victims are hardworking, don’t have a lot of money and they’re really putting a hurt on them — not only financially, but emotionally and physically too,” he said.