Texas' Voter Turnout Remains Abysmal. What Does That Mean for 2018? 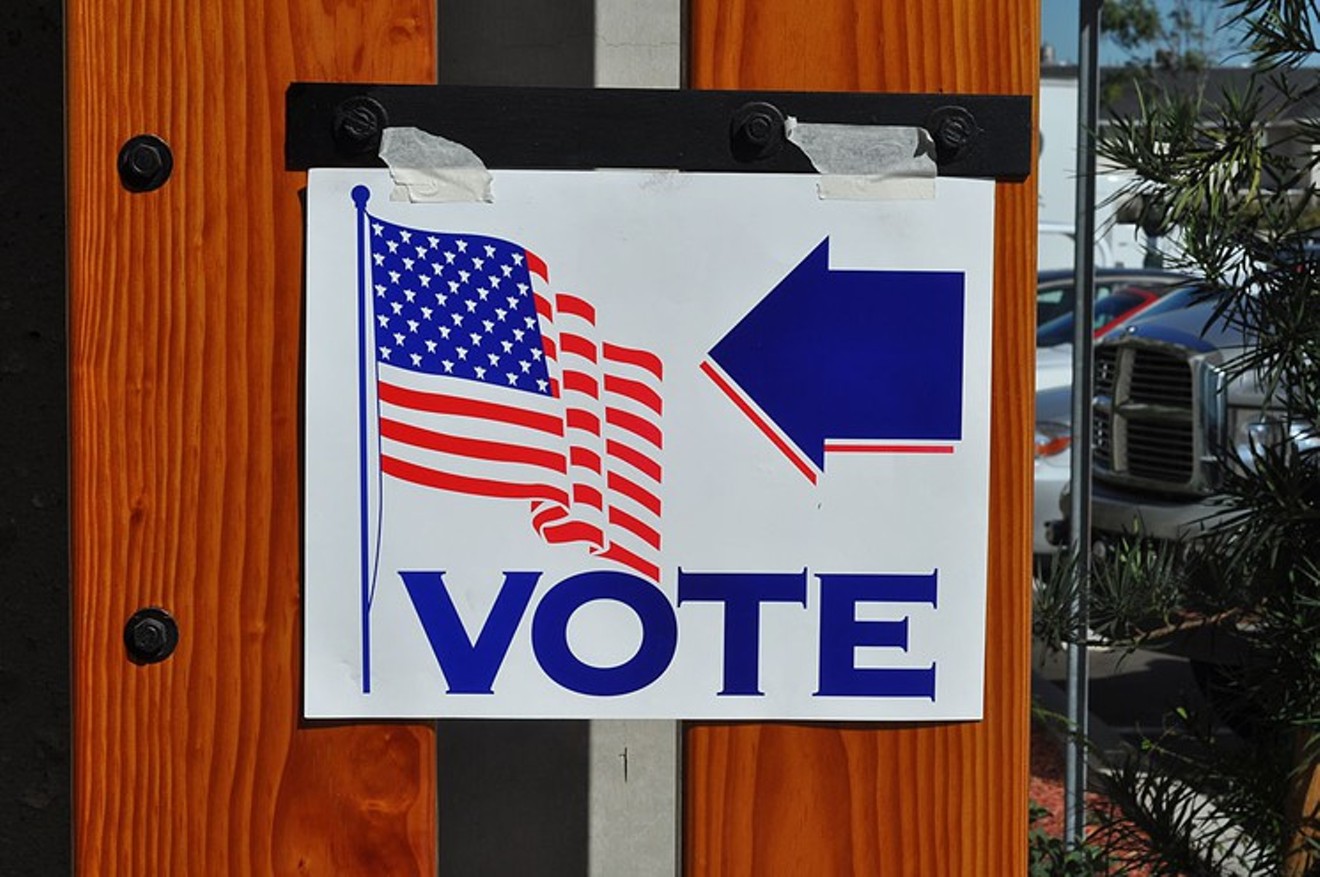 Texas voters still aren't showing up to the polls. Keith Allison
Texas' voter turnout has gotten slightly better over the last half-decade but remains among the worst in the country, according to new research from the University of Texas at Austin. The state ranks 44th out of the 50 states and the District of Columbia in voter registration, and it ranked 47th out of 51 for turnout during the 2016 election.

Texans don't show up, the study claims, because they dislike the candidates who are running and the issue about which the candidates are arguing. Ahead of the 2018 election, that seems like bad news for Democrats, who typically do better when turnout is high. Liberals in the state, however, think they can bring change just by getting a few more people to show up.

The study found that only 68 percent of eligible citizens in Texas are registered to vote, well below the U.S. leader, the District of Columbia, in which 82 percent of citizens are registered. The numbers are even worse among young Texans. Of Texans ages 18-24 who are eligible to vote, fewer than half, 48 percent, are registered to do so, which is 7 percent less than the national average of 55 percent for that age group.

Turnout in the state isn't much better. In 2016, 55 percent of eligible Texans showed up to vote in the presidential election, good enough for the state to be ranked 47th in the country. That's up about a point from the state's 53.8 percent turnout in 2012 but well below the national average of 61 percent. It's worth noting that 47th is better than last, the spot where Texas ranked in both the 2010 and 2014 midterms, when fewer than 35 percent of eligible voters cast ballots.


Twenty-eight percent of those surveyed for the study about why they didn't vote said they didn't like the candidates or the issues.

“This report highlights the compelling need to work together to support civic engagement across Texas to strengthen our communities and increase citizen involvement in public life,” said Susan Nold, director of the Annette Strauss Institute for Civic Life, one of the groups that put together the study. “Due in part to our size and in part to our growth, Texas continues to fall behind the bulk of the nation when it comes to measures such as voting and civic involvement.”

Texans also don't talk with their friends and families about politics. Only 23 percent of state residents say they regularly discuss political matters, good for 50th in the country. Those with low incomes — less than $35,000 in this study — talk about government even less, with just 14 percent saying that they do so regularly.

As bad as Texas' turnout has been, especially in midterms, Democratic activists in the state view it as an opportunity. One of the biggest 2018 goals for the liberal activists at Progress Texas is limiting the drop-off in Democratic turnout from 2016. In each of the last three midterm elections, Texas Democratic turnout has decreased by about 1.5 million votes from the preceding presidential election.

"If we can bring back 1 out of 3 drop-off voters, we can fill this gap," Espinoza says, pointing to the fact that Texas Republicans have received about 2.7 million votes in each of the state's last two midterm elections. "If you're talking about percentages, yeah, Democrats have a long way to go, but if you're talking about whole numbers, those whole numbers are going to come from a handful of counties [that have big percentages of drop-off voters]. It's going to come from Dallas County — Dallas has a huge drop off — South Texas and Austin. Austin could do better."