The Whole Picture: Delve Into the Polaroid Camera's History at the Amon Carter Museum 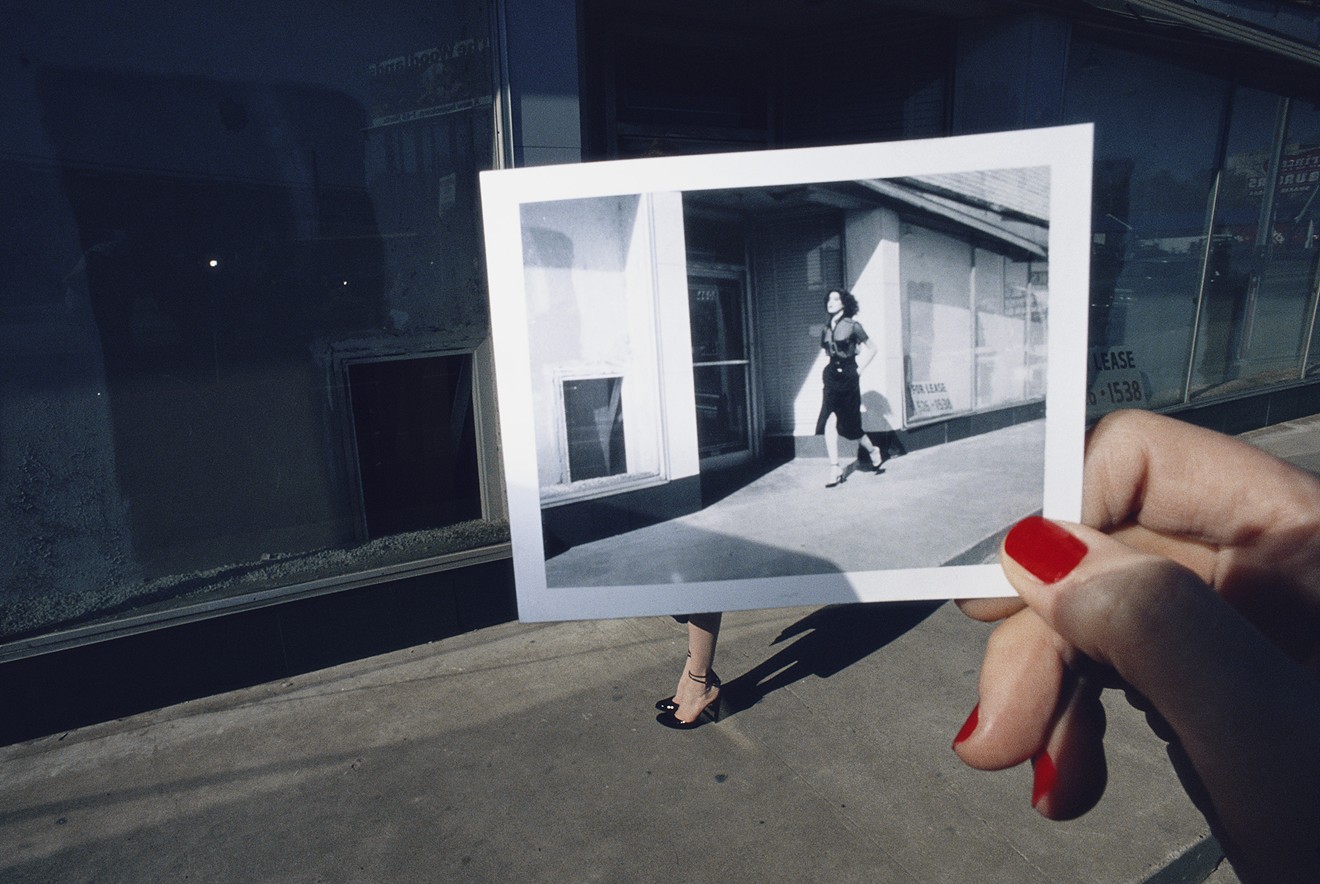 From the beginning, Polaroid collaborated with artists, supplying them with cameras, film and grants in hopes that they would use the instant photos as part of their creations. courtesy Carter Museum
A new exhibit at the Amon Carter Museum of American Art delves into the creative side of an invention that made life’s fun and fleeting moments instantly tangible.

The Polaroid Project: At the Intersection of Art and Technology showcases the work of more than 100 artists through 175 images and continues until Sept. 3 at the Fort Worth Museum.

“This is more of the creative type of things that you would not associate Polaroid with,” Arnold Wong, a visitor
click to enlarge 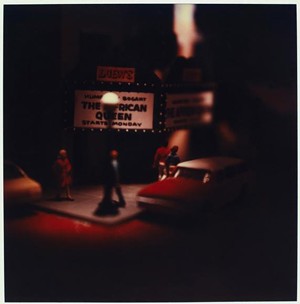 courtesy Carter Museum
from New York, says. “It’s quite a collection, and the fact the Polaroid makes it an art form in itself … is the whole point.”

The idea for the Polaroid camera came about when Edwin Land’s daughter asked why she could not see the family’s vacation photos right away, says Ann Morton, a docent for the exhibit.

“It took him an hour to figure out it was possible … but it took six years to actually get [the process] developed,” she says.

Land was “known in his time like Steve Jobs was known to us now,” Morton says. He secured more than 150 patents for his inventions. His camera was an instant hit when it debuted before the National Optical Society in 1947.

From the beginning, Land collaborated with artists, supplying them with cameras, film and grants in hopes that they would use the instant photos as part of their creations, Morton says. As a result, Andy Warhol, Ansel Adams and other notable artists created Polaroid-infused art.

Morton pointed toward a storyboard series of Polaroids used during the creation of Alfred Hitchcock’s movie The Birds.

“They were … kind of figuring out their scenes,” she says. “They are just little gems.”


The idea for the Polaroid camera came about when Edwin Land's daughter asked why she could not see the family's vacation photos right away.

Another lineup of pictures within pictures hangs along a wall near an image of burned paper above photos of lit candles. Work by Richard Hamilton, who most famously designed the cover of The Beatles’ White Album, is also displayed.

"The Polaroid was just a really fun tool,” Morton says. “They were just playing around with it and having a really good time.”

Assorted vintage cameras and hanging, pocket-sized, fact-filled Polaroids are scattered throughout the exhibit, which is diced into eight topics. One of the info-laden enhancers discusses causes of the Polaroid’s decline in popularity. It also offers possible explanations, such as the invention of the digital camera, rigid engineers, financial missteps and the lack of a clear succession plan.

Another big debate, Morton says, is whether one has to shake the photo back and forth. Some say no, but “we all thought we had to shake it,” she says.

Artists used the technology to play with filters, examine still life and create layered looks with elusive qualities without the benefit Photoshop, Morton says, explaining that it “takes you away from the feeling of photography as we know it.” 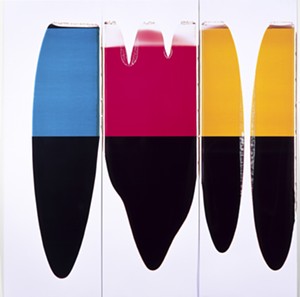 courtesy Carter Museum
Also among the selection of photos, which made its United States debut at the museum June 3, are oversized images of dog legs, a hand that seems to outstretch from the earth and a computer-altered image of a human head that looks alienesque.

Wong — who is interested in the chemical process behind the Polaroid — says an emulsion transfer on paper looks as if the artist “literally just slapped it onto something, the part that was developed made it on,” before the process was complete.

Morton explains that Andy Warhol issued a series of prints based on the idea of a box of colorful shoes dumped on the floor.

“How did [Polaroid] play into what [the artists] were able to do later?” Wong asks, adding that it might be interesting to look at Warhol’s work pre- and post-Polaroid.

Barbara Hitchcock, former curator of Polaroid’s mammoth photo collection, says the free exhibit borrows in part from collections in Massachusetts and Vienna and from the artists, as well as collectors, museums and galleries worldwide.

“The photographs you are looking at in Texas are sourced from these various places,” Hitchcock says, “although I think the bulk of the photos are made by American artists.”

The Polaroid Project: At the Intersection of Art and Technology, on view through Sept. 3, Amon Carter Museum of American Art, 3501 Camp Bowie Blvd., free, cartermuseum.org.