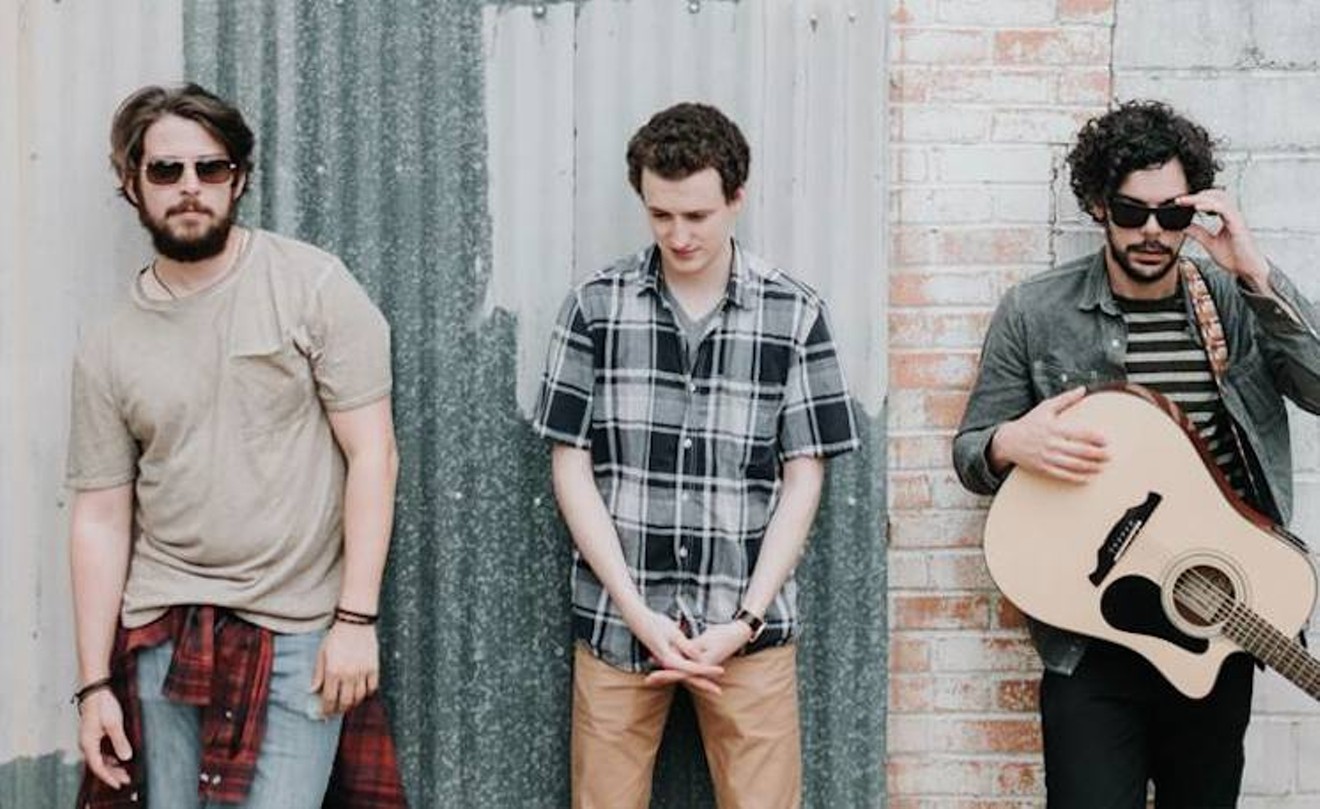 The Aliens is about three aimless young men and takes place in an alley behind a Vermont coffee shop. courtesy Stage West
Last year, Stage West artistic director Dana Schultes came across a playwright who immediately resonated with her: Annie Baker. She'd read Baker’s 2010 The Aliens, which won an Obie Award that year for best new American play.

It takes place in the alley behind a Vermont coffee shop and features two aimless friends in their thirties who decide to take one of the shop's new, young employees under their tutelage. The title comes from one of the many names for their band, which never took flight.

Baker is known for her use of lengthy pauses, which she writes into the scripts. In fact, Baker specifies that one third of The Aliens should be unspoken.

Her 2014, Pulitzer-prize winning play, The Flick, also takes a simple setting, a movie theater, and creates an all-encompassing world around seemingly mundane human interactions and relationships. And she adapted Checkhov’s Uncle Vanya in a very similar style, making the language approachable and natural for American audiences.

While Baker’s unconventional use of dialogue and language can seem jarring to people accustomed to more polished theater, its rawness is what makes it affecting. The Aliens is about the real ways in which we connect with one another, and what happens when those connections are frustrating, or even begin to disappear.

These qualities made her work very appealing to Schultes, who has a 9-year-old daughter and is worried that today's youth are more disaffected and meaningful relationships among them are indeed becoming more rare. She knew immediately she wanted to produce it for the Fort Worth theater.

When casting the play, Schultes says she struggled with which actor to place in each role. Jake Buchanan and Joey Folsom, who play the two leads, KJ and Jasper, had each expressed their own struggle over which role was the best fit. The trio landed on swapping the actors out for A and B performances, which will start the second weekend of the run.

Schultes was thrilled with the arrangement, and is excited about how each actor will lend different takes on the characters, resulting in two truly different plays each night.

Buchanan is bringing a real life tragedy he suffered to his parts. His younger brother Cal recently died from an overdose of the synthetic opioid Fentanyl.

Schultes decided to dedicate the production to Cal, as the play deals with substance abuse. When she chose it, she didn't foresee that it would apply so directly to her lead actor, but she did see it as a good fit for Stage West, which likes to produce plays that are “twisty and strange,” rather than feel-good comedies.