Jesus Martinez
Michelle Khan
Khan began her career modeling for Dallas photographers but soon picked up a camera herself.

“I remember feeling really nervous and insecure until one of the photographers let me take a couple of shots with his camera.” Khan says. “After taking a few shots, he was surprised to see the photos came out nice and that I have an eye for photography.”

“I’ve grown a lot as an artist since then. Photography definitely keeps me on my toes. There is always something to learn or improve on,” she says. “With every shoot I do now, there’s always a chance to express myself and my vision more creatively. I can’t imagine life without photography, and this is all thanks to a DM on Instagram.”

Michelle Khan
Johnathan Nguyen
Nguyen started taking photos two years ago because his friends were doing it. What kept him taking images was the quality of what he was producing.

Nguyen’s work is interesting because of its sci-fi and '80s aesthetic. “I perceive the world in such a different way,” he says. “The reason my Instagram name is nguyenlucid_ is because I lucid dream.”

Nguyen says he dreams many of his concepts, and others are inspired by his childhood.

“When I was little, I would watch a lot of sci-fi and technology. The fact that I can take that idea and put it in real life is so incredible," he says. "I really dig the '80s, tech, futuristic and Japanese vibes. I am just so humbled that is what is people are perceiving too.” 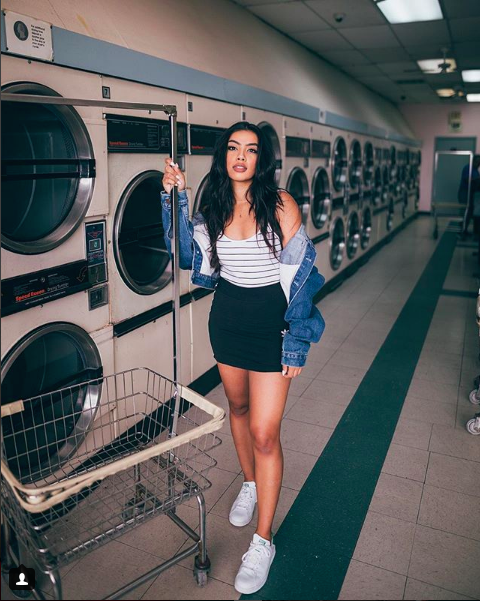 Finny
Finny
Finny has been in the game for a while, but he didn't always like it. “At first, I hated photography because I didn’t have the right mindset for anything photography related,” he says. “I was extremely introverted and shy, especially trying to socialize in everyday life.”

It wasn’t until he became aware of the online photography community that he gave it a shot. "I decided I needed a change and followed their footsteps,” Finny says. “I went into downtown alone with an iPhone and started taking photos of everything.”

Allie Norado
Alexandria Norado
Norado is a portrait photographer who began her journey in film and has shot some of the biggest names in K-pop, as well as local models such as Gabrielle Wisdom, Skylar Eissman and Michelle Khan.

“I began in film and loved it, but I began to meet digital photographers and wanted to grow and expand my craft,” Norado says. “Photography wasn’t ever a business for me; it was just something I really enjoyed. Then over the last six months, my brand and followers began to grow. I wasn’t expecting that.”

Norado also works for DTX Women, which empowers women in the creative business in the Dallas area.

"I had never thought about likes or followers; I never realized what it could lead to,” Norado says. “Then late 2016, I decided I wanted to start doing something more. I began to reach out to models and shooting test shoots.”

Daniel Tran
Daniel Tran
Tran began with landscape photography but is slowly integrating his love of nature into portraits. He's not a flashy photographer; instead, he uses light and shadow to bring out the natural beauty of his subjects.

"My dad was a photographer, so growing up, there would always be a camera around,” Tran says. “He'd bring it with him everywhere we went, whether it's the park or a trip to the convenience store.” Tran picked up the trade through what he calls “natural osmosis.”

“I choose photography as my medium because of its unique qualities. It enables me to capture things as they are at an instant or moment in time that may or may not ever happen again,” he says. “The textures, expressions and nuances of light allow me to translate ideas and emotions through the medium.”