Trump gets crossed with Shakespeare at Kitchen Dog Theater Anthony Velez
Fri 12/8
Video games are a multibillion-dollar business, and it’s not just the games that make the money. People get paid absurd amounts of money to play and (more important) win them in top-dollar eSports tournaments. Major League Gaming will host a key leg of its Call of Duty World League global tournament Friday through Sunday at the Kay Bailey Hutchison Convention Center, 650 S. Griffin St. The Dallas Open will feature teams from all over the world, including Dallas’ new team, OpTic Gaming, duking it out in the long-running military shooter’s latest titles, including Call of Duty: WWII, for the top prize of $200,000. General admission passes are $59.99 for all three days. Premium passes are $89.99, and four-person team passes are $299.99. All can be purchased at majorleaguegaming.com. Kay Bailey Hutchison Convention Center, 650 S. Griffin St., Friday-Sunday, $59.99 and up, majorleaguegaming.com. — Danny Gallagher

Lake Highlands High School alum David Carl returns to Dallas from New York for his one-man send-up Trump Lear (by David Carl after William Shakespeare). Kitchen Dog Theatre in the Trinity River Arts Center, 2600 N. Stemmons Freeway, hosts the comedic adaptation of King Lear that should prove as cringe-worthy as it is laugh-worthy. Taking on the role of Trump-as-Lear seems like a tremendous undertaking, but it’s not Carl’s first attempt. The play received applause from critics after its run in the Big Apple. Shows are at 8 p.m. Thursday through Saturday and 2 p.m. Sunday. Tickets are $20. Visit kitchendogtheater.org. Trinity River Arts Center, 2600 N. Stemmons Freeway, 8 p.m., $20, kitchendogtheater.org. — Merritt Martin

Is she a populist or an unwavering radical? A pandering megastar or an avant garde visionary gone mainstream? These are the questions at the heart of Lady Gaga’s career, the subtext of all her music. Whatever your opinion, there’s no denying her influence on the future of pop music as a serious art form. Lady Gaga is honest — brutally honest. She’s inventive, no matter how obvious her source material. And she’s devoted herself to making art that brings the uncomfortable truths of experimental music to a broader base. But still more remarkable is how Gaga’s approach somehow, inexplicably, makes her audience more receptive to the progressive wrinkles she brings to the radio pop arena. Her music doesn’t just stretch boundaries; it makes that boundary-pushing accessible to listeners typically unmoved by the demands of such music. That’s powerful. Really powerful. American Airlines Center, 2500 Victory Ave., 7:30 p.m., $71 and up, ticketmaster.com. — Jonathan Patrick

DBDT: Encore began more than 15 years ago as way to showcase the Dallas Black Dance Academy’s most promising dancers, and how it has grown. Now a professional company, DBDT: Encore features dancers who work in the Dallas-Fort Worth area but tour the globe with works that span modern, jazz, African and more. The Dallas Black Dance Theatre, 2700 Ann Williams Way, presents Black on Black at 6:30 p.m. Friday and Saturday. The showcase, for guests 21 and older, will feature a reception with light bites and cocktails, performances of original choreography, and an after-party with the dancers and a DJ. Tickets are $40 at tickets.attpac.org. For more information, visit dbdt.com. Dallas Black Dance Theatre, 2700 Ann Williams Way, 6:30 p.m., $40, attpac.org. — Merritt Martin

When you get your fill of Scrooge, the Grinch and all those Nutcrackers, consider Denton Community Theatre’s presentation of A Christmas Story, a tale of the ’40s based on the 1983 movie of the same name. The dilemma: Ralphie Parker (played by fifth-grader Jackson Blanton) yearns for a genuine Red Ryder BB gun, but the adult response is always: “You’ll shoot your eye out.” Celebrate with Ralphie, his folks and the school bully at the theater, 214 W. Hickory St. in Denton. Shows are at 7:30 p.m. Fridays and Saturdays and 2 p.m. Sundays through Dec. 17. For tickets, $10 to $22, call 940-382-7014 or visit dentoncommunitytheatre.com. Denton Community Theatre, 214 W. Hickory St., Denton, 7:30 p.m., $10-$22, dentoncommunitytheatre.com. — Reba Liner

Iconic hip-hop producer, DJ and turntablist Lucas McFadden, aka Cut Chemist, heads to Dallas just weeks after the announcement of Die Cut, his first new album in 12 years. The January release will follow up the artist’s solo debut, The Audience’s Listening, which critics and fans heralded as a masterpiece. But while McFadden has staked his reputation on sampling obscure breaks and loops in acts such as Ozomatli and Jurrasic 5, he has said to expect something different on Die Cut. The new album will feature more collaborations than samples, and the crowd at It’ll Do on Friday may be among the first to learn what that means. It'll Do, 4322 Elm St., 8 p.m., $10-$20, ticketfly.com. — Mikel Galicia

Penn & Teller are the world’s only magic act specifically for people who hate magic. That’s not to say they can’t do magic. In fact, they have created some of the most bewildering and beautiful magic acts in the world. But they don’t bullshit you. They tell you up front that all of the things you’re seeing aren’t real and are designed to trick you and make you believe in things that aren’t real. They even prove it by showing you how some of the world’s most famous magic tricks are done. You’ll never enjoy being lied to more in your life. The magic duo of Penn Jillette and Teller (yes, that’s his real name) will perform their greatest tricks at 8 p.m. Friday at the WinStar World Casino and Resort in the Global Event Center, 777 Casino Ave. in Thackerville, Oklahoma. Tickets are $35 to $75 at ticketmaster.com. Winstar World Casino, 777 Casino Ave., Thackerville, Oklahoma, 8 pm., $35-$75, ticketmaster.com. — Danny Gallagher 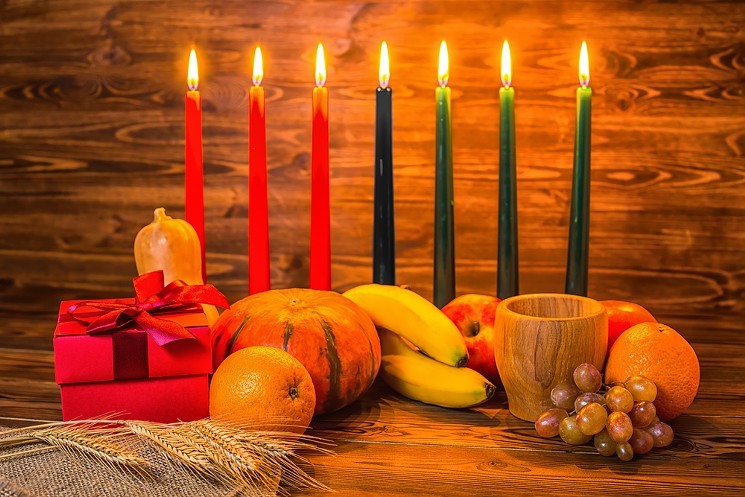 The adjunct professor rarely gets his or her due. Faculty get all the love (big paychecks, tenure, ivory towers) while adjuncts, the instructors who are generally immersed in practical aspects of their fields by day, endure crappy pay and diminished respect from their institutions and/or students. But good adjuncts are critical to the learning experience for college students. They bring applied knowledge and career insights in ways that pure academics can’t. In art, this is especially important. Kudos, then, to 500X Gallery, 500 Exposition Ave., for recognizing adjuncts’ hard work in A Thing Added, which opens with a reception from 7-10 p.m. Saturday. Participating artists are adjunct instructors who balance and inform their teaching with their creative exploits. Other shows opening that night include a joint exhibition between Molly Valentine Dierks and Yuni Lee called Squeeze Machine and an exhibition from Houston’s Box 13 art collective upstairs. Each will be on view through Jan. 7. Visit 500X.org for more information. 500X Gallery, 500 Exposition Ave., 7-10 p.m., free, 500X.org. — Jennifer Davis-Lamm

Polyphonic Spree is truly a one-of-a-kind band. The revolving-member symphonic pop group is the product of frontman and founder Tim DeLaughter's desire to create something with the pop sensibilities of the Beatles or the Beach Boys. An act perhaps best experienced live, Polyphonic Spree combines about 15 horns, keys, strings and woodwinds to conjure something magically whimsical and totally refreshing. Majestic Theatre, 1925 Elm St., 7 p.m., $35 and up, theholidayextravaganza.com. — Diamond Victoria

If holiday shopping has become an impersonal, stressful and downright unpleasant task, it’s time to inject a little spirit into your gift-buying excursions. The Foundry District’s Winter Wonderland event from 2-6 p.m. Saturday at Fort Worth’s Feathers Boutique, 2621 Whitmore St., has activities and indulgences that will give you a little boost as you hustle and bustle this holiday season. Ronnie the Red Nose DJ (aka Ronnie Hart) will spin a merry soundtrack as you pile up marshmallows at the Quarry Coffee Bar hot chocolate station. Hand over your Foundry District purchases for glitzy adornments at the Wrapping Bar for a $5 donation, venture to the Rapping Bar, where clever young artists put a rhythmic spin on Christmas classics, and commemorate the experience with a photo booth snapshot with the Grinch. Don’t forget to bring a found object to contribute to a collaborative Christmas art installation by artist Katie Murray. The final product will remain up as a representation of the spirit of community through Jan. 15 in the Foundry District. Admission is free; see thefoundrydistrictfw.com for more. Feathers Boutique, 2621 Whitmore St., Fort Worth, 2-6 p.m., free, thefoundrydistrictfw.com. — Jennifer Davis-Lamm

Shakey Graves
Jarred Gastriech
Sun 12/10
While Die Hard may not be as family friendly a film as Polar Express, Elf or Home Alone, the Bruce Willis action flick remains arguably one of the best Christmas-adjacent films of all time. Which explains the inspiration behind Camp Death Productions’ Sleigh Hard With a Vengeance, billed as part homage to and part spoof of Bruce Willis’ John McClane, Die Hard and other action-filled movies. Instead of terrorists taking the Nakatomi Plaza hostage during a Christmas party, Sleigh Hard’s Mac Kane, a tough LA cop, decides to visit his wife at the North Pole for a relaxing Christmas Eve. But terrorists have plotted a takeover of Santa’s workshop. The production runs until Dec. 23 at the Margo Jones Theatre in the Magnolia Lounge in Fair Park, 1121 First Ave. Performances are at 8:15 p.m. Saturdays and 3 p.m. Sundays with additional shows some Tuesdays, Wednesday and Thursdays. Parents be warned: Like the Die Hard films that inspired this send-up, the production is rated R for language. Tickets range from $16 to $18 at sleighhard.brownpapertickets.com. Margo Jones Theatre, 1121 First Ave., 8:15 p.m., $16-$18, sleighhard.brownpapertickets.com. — Daniel Rodrigue

Bauhaus, Tones on Tail, and Love and Rockets have two things in common: Daniel Ash and Kevin Haskins. And these two members who lent a hand in the 1980s goth rock bands started a new group earlier this year  with Haskins' daughter, Diva Dompé, called Poptone. In a recent press release, the band announced, "Daniel and Kevin are revisiting their storied catalogue and presenting in a fresh, new direction, to combine their histories with a reinvigorated outlook for new tours and potentially new music." Trees, 2709 Elm St., 8 p.m., $20-$28.50, treesdallas.com. — Diamond Victoria

Alejandro Rose-Garcia has performed as Shakey Graves for the past 10 years. His acoustic-driven tunes have a stomp-along feel, but they’re not quite folk or country. Songs like “Dearly Departed” and “Tomorrow” appeal to those who are turned off by the cheese factor in contemporary folk and country. The Rustic, 3656 Howell St., 7 p.m., $15, therustic.com. — Eric Grubbs