Some Musicians Are OK With Audiences Recording Their Sets; Comedians Aren't 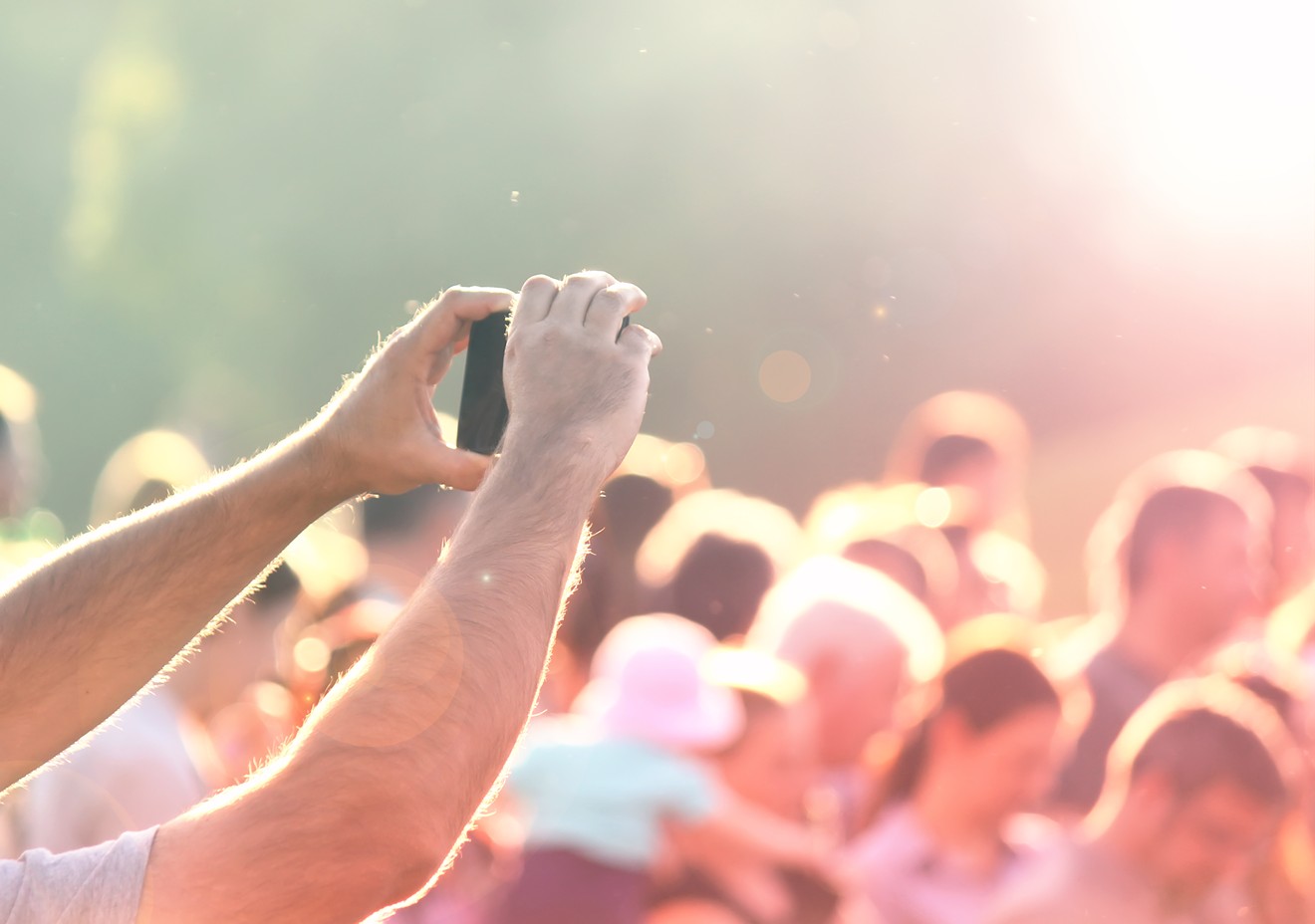 Comedians don't appreciate this. iStock
There's nothing worse for a stand-up comedian than seeing someone in the audience pull out a cellphone.

“I’d rather someone get drunk and start throwing things at me during my set then pull out a phone," says Dallas comedian Wes Corwin.

It’s not uncommon to be at a live venue and see someone pull a phone out to record a piece of the concert, or take a selfie, or with the memory capability of phones now, audio record the entire show. By the time you enter your car from seeing a live show, you can find countless photos and videos from the show you just saw. When the Observer spoke with Dallas bands about audience members recording their shows, most musicians saw it as helpful.

Historically with comedians and their stand-up shows, taking of photos and video is strictly prohibited; most comedy clubs will tell you so before the first act even walks on stage. Stand-up comedy is an entertainment medium that floats a line between music concerts and theater, and at shows, people want photos, or maybe to record something they think is funny.

Denton-based comedian Taylor Higginbotham shares time in venues that are predominantly music spots, and he notes the similarities and differences between music and comedy.


“I’d rather someone get drunk and start throwing things at me during my set then pull out a phone." – Wes Corwin

“No one clicks on a YouTube video recorded on a phone at a concert and says, ‘Yeah, I enjoy the quality of this version of the song. I'll stay to the end,’” Higginbotham says. “A band needs that kind of press, though. Recording a comic is judging a painting before it's done. When a comic wants it out, they will have it recorded and distributed.”

William Cennamo, manager of the Arlington Improv, theorizes that audience members might not see it as a malicious act, rather just a keepsake from the show.

“I think most of the time it’s just a rule they don’t know about,” Cennamo says. “They’re at an event, and they want to share; they don’t know that it’s something comics dislike. I know we try to announce it before shows, but like most things, it’s ignored. I can say that whenever we see someone recording and tell them to stop, it rarely has to be said to them again.”

Professional comedians who sell out theaters are adopting new ways to keep audiences from recording the show. Years ago it would have been an unmanageable task, but with products like the Yondr introduced, large acts can protect their show from making it on the internet.

Yondr is a cloth pouch that a concertgoer must insert their phone into before entering the stage area of the venue. The audience member is able to keep their phone on them at all times but will be unable to access the phone until they enter the lobby to unlock the pouch, either by stations set up or by Yondr staff on-site. Acts such as Dave Chappelle, Chris Rock, Michael Che, Ali Wong and Joe Rogan have used these pouches at their shows to stop recordings.

For stand-up comedians like Corwin, it’s not just about protecting intellectual property but about the natural exchange between audience and comedian being disrupted by a phone.

“It kills the ability to enjoy it from both sides of the stage,” Corwin says. “When you’re filming, you enjoy the show less. We all know stand-up isn’t an actual conversation, but it’s a simulation of one. It requires your engagement and your attention so the comic can relate to you and you can exchange information. A comic feeds off the energy of the crowd and makes a couple dozen moment-to-moment decisions when they’re onstage to keep the crowd on the same emotional level the joke requires.

“The second you decide to look away from the stage and view it through your camera, you’re disengaging from the person on stage.”

However misleading a long recording might be for a comedian based on their set, Higginbotham has yet to see a blatant abuse of recording.

“We mention it at Harvest [House] every now and then,” Higginbotham says. “But I've never seen anyone film for longer than a 15-second Instagram or Snapchat story in Denton. But ultimately, just be at the show. Same thing with your kid's recital — just be there. Enjoy yourself for you.”
KEEP THE DALLAS OBSERVER FREE... Since we started the Dallas Observer, it has been defined as the free, independent voice of Dallas, and we'd like to keep it that way. With local media under siege, it's more important than ever for us to rally support behind funding our local journalism. You can help by participating in our "I Support" program, allowing us to keep offering readers access to our incisive coverage of local news, food and culture with no paywalls.
Make a one-time donation today for as little as $1.