How To Not Be Rude, According to The Real Housewives of Dallas and Texas Rangers 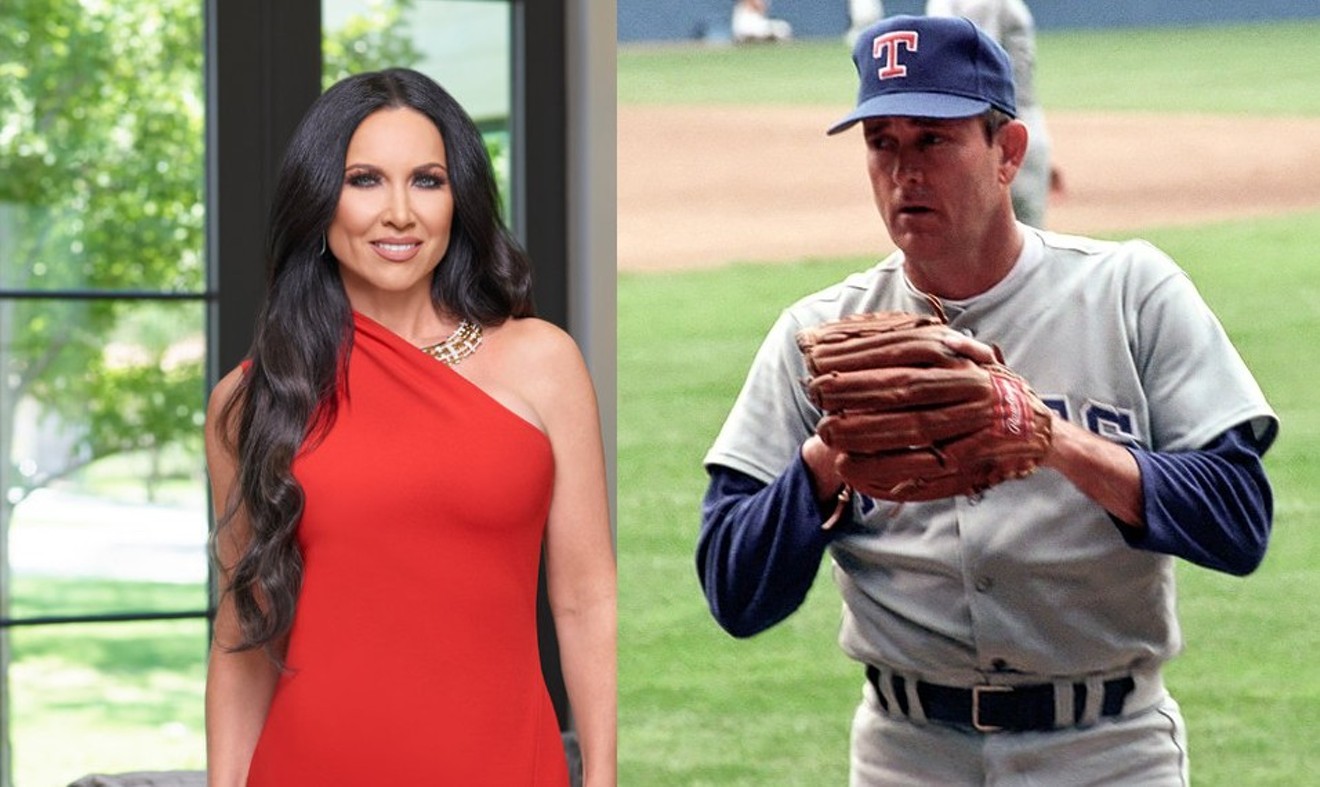 
Kim Kardashian said it best when she hurled a purse at her sister Khloe in season 2, episode 7 of Keeping Up With The Kardashians: "Don't be fucking rude."

This one-sentence piece of advice should be applied to Dallasites, because if you didn't hear the news, let us break it to you: You are rude. We are rude. Dallas is rude. In news that came out Dec. 20, 2019, just 70-something days ago, Business Insider revealed the 50 rudest cities in the country, and Dallas ranked No. 14 (it was the highest-ranking Texas city, damn). This is shocking until you remember the time we killed the president of the United States. (John F. Kennedy back in 1963, do you remember? We do admit that was kind of rude.)

According to Business Insider, 6.9% of respondents thought Dallas was the rudest city in the country. Can you believe that? Who were these people being surveyed? Maybe they were people who just entered Neiman Marcus inside of NorthPark only to be told they don't carry the perfume they're looking for, maybe just try Macy's instead. Damn. That is a kind of rude thing to say to someone expecting salespeople to materialize items out of stock, so we can understand.

Instead of being rude like we know you want to be because it's in your Dallas blood, maybe try to not be rude. Here are some tips from the rudest of them all: The Real Housewives of Dallas and professional baseball players.

1. Do not say, "Oh, bitch, you and I ain't never gonna be friends. You wanna know why? 'Cause you're fake as fuck. It's called F.A.F."
Real Housewives of Dallas (former) cast member LeeAnne Locken famously said this to fellow cast member Cary Deuber during season 2 of the show. In 2015, Texas Rangers player Rougned Odor said the exact same thing to (former) Houston Astros catcher Hank Conger (we imagine). Calling another grown woman (or baseball player) a "bitch" (we assume) while yelling in her (his) face (direction) can be perceived as rude. Here's some advice: Don't do this.

2. Do not push a cameraman.
Do you know what Real Housewives of Dallas (former) cast member LeeAnne Locken and (former) Texas Rangers pitcher Kenny Rogers have in common? They both have famously pushed a cameraman. Locken did it in 2016 and Rogers did it in 2005. Both times it was rude. A good way to avoid being rude is when you see a cameraman, either smile or go about your business. Do not push them. A word of advice from me to you.

3. Do not get in a fight.
In season 1 of The Real Housewives of Dallas, (former) cast member LeeAnne Locken threatened to kill friend Marie Reyes. In 1993, Texas Rangers pitcher Nolan Ryan hit Chicago White Sox batter Robin Ventura with a pitch and then punched him in the face. Both Locken and Ryan are kind of rude for what they did. Do not threaten to kill someone with your words or fists. That is rude.

4. Do not throw things.
In season 1 of The Real Housewives of Dallas, (former) cast member LeeAnne Locken smashed a glass on the ground after she got angry. In 2004, in Oakland, Texas Rangers reliever Frank Francisco threw a chair at a fan in the stands. Both incidents scared me. Between Locken and Francisco, only one was arrested, but both were rude.

5. Don't be racist.
In season 4 of The Real Housewives of Dallas, (former) cast member LeeAnne Locken called fellow cast member Kary Brittingham "the little chirpy Mexican." In 1999, (former) Texas Rangers player John Rocker said, “The biggest thing I don’t like about New York are the foreigners. You can walk an entire block in Times Square and not hear anybody speaking English. Asians and Koreans and Vietnamese and Indians and Russians and Spanish people and everything up there. How the hell did they get in this country?” Both were rude and totally kind of racist. Word of advice: No.
KEEP THE DALLAS OBSERVER FREE... Since we started the Dallas Observer, it has been defined as the free, independent voice of Dallas, and we'd like to keep it that way. With local media under siege, it's more important than ever for us to rally support behind funding our local journalism. You can help by participating in our "I Support" program, allowing us to keep offering readers access to our incisive coverage of local news, food and culture with no paywalls.
Make a one-time donation today for as little as $1.