A Dallas Boutique Hotel Asks Guests to Untag Them in Photos. Does It Have the Right? 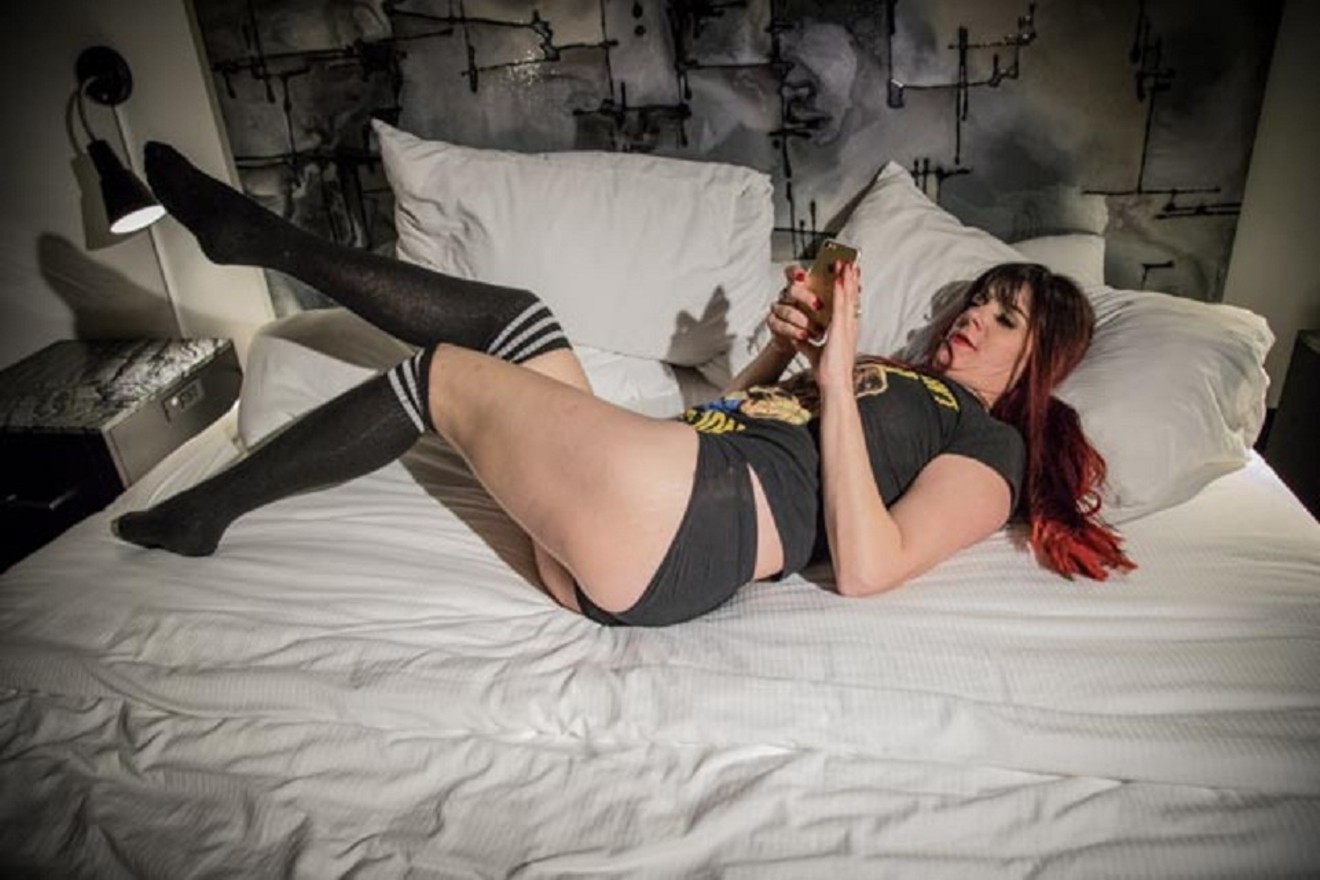 Dallas promoter Callie Dee was asked to untag the Lorenzo Hotel from her Valentine's Day photo shoot. Was it too racy? Andrew Sherman
DFW music promoter Callie Dee was trying to be body positive when she booked a room at the Lorenzo Hotel and brought a professional photographer friend for a photo shoot. It was Valentine’s Day 2018, and Dee had just lost weight, mostly due to stress, and was seeking to love herself without cosmetic procedures like some of her peers.

“I wanted something that I could look at when I’m old and ‘sagging’ and be like, ‘Damn, I looked good once,’” she says.

Shortly after the photo shoot, Dee used one photo for a birthday bash flyer and began uploading some of the less risqué photos on Instagram. She tagged the Lorenzo Hotel in one where she’s lying on the bed with a wolf painting in the background. She wore black stockings, black short shorts and a black T-shirt with an imprint of a lion in glasses that read, “If I said I wasn’t a nerd, I’d be lion.”

In early August, more than a year later, the Lorenzo Hotel posted a comment on the photo: “This photo-shoot and images taken were not approved by hotel management and does not authorize the use of the hotels likeness. We ask that you untag the Lorenzo Hotel from this image immediately.”

Dee was shocked and couldn’t understand why the hotel would care if she tagged it or not. People tag themselves in photos at places all the time, a practice usually encouraged by businesses. D Magazine even called the Lorenzo Hotel the “ultimate Instagram backdrop” in a November 2017 article.

In the age of Instagram and smartphones, people are always snapping photos in public and private places. Doing so has given rise to social media influencers with thousands of followers who help bring businesses into the public eye. Jessica Serna is one of those influencers. She runs a travel blog and has more than 34,000 followers.

“At this time I have no experience with this,” she said in an email to the Observer. “I've never been asked to remove photos.”

Dallas attorney Brent Turman, a senior associate at Bell Nunnally law firm, points out that nowadays nearly everyone has a smartphone, some with cameras capable of taking professional-looking photos. They take photographs in private places and upload them on social media, many without knowing if they’re violating businesses' policies.

“I wanted something that I could look at when I’m old and ‘sagging’ and be like, ‘Damn, I looked good once.'” — Callie Dee

“The lines have been blurred between what is public and what is private,” Turman acknowledges.

Turman points out that since the Lorenzo Hotel is private property, hotel management can determine what is or isn’t allowed. Most people, he says, also don’t realize that when they rent a hotel room, they’re agreeing to the hotel’s terms and conditions, which many of us — all right, most of us — often don’t take the time to read.

Some businesses differentiate between commercial and public photo shoots, which may have been what happened in Dee’s case since she had a professional photographer with her. Jencey Keeton, the owner of the Sweet Tooth Hotel in Dallas, says if people are using their photos to sell or promote their brands, then the hotel has the right of refusal.

For example, if someone wants to shoot a music video or take photographs of models, Keeton will often get more information about the proposed project before approval, and sometimes she’ll charge a location fee.

Keeton says she has had people sneak in without seeking approval and take photos and then later post them on Instagram. When it happens, she’ll make sure they’re following the hotel’s guidelines; if not, then they’ll be asked to remove them.

Most people do ask before taking professional photos at the Sweet Tooth Hotel. Some of their requests have been strange, including one person who wanted to take photos with her sex toys. But Keeton says they have to be careful because they also have families who come to the Sweet Tooth. 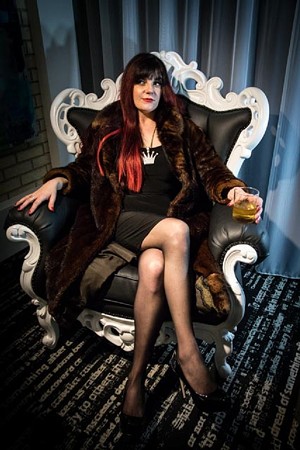 Another photo from Callie Dee's post, which the Lorenzo Hotel told her to untag.
Andrew Sherman
“You also have to protect your brand,” she says.

After the Lorenzo Hotel asked Dee to remove her photo from Instagram, she started looking through other people’s photos that were tagged to the hotel, trying to understand why her photo was selected after being online for more than a year. A quick search of Instagram reveals more than 1,200 tags and many of the photos look professional in quality and some are far more raunchy than the one she posted.

“It’s silly to me because they have a dude naked in their bathroom (who tagged them in a photo) without being asked to remove but a tasteful photo does?” Dee says. “That’s the thought process I don’t understand.”

It’s unclear whether the hotel did ask the naked gentleman to remove the photo or whether he simply ignored them and kept it online. The Lorenzo Hotel’s owner didn’t return a call for comment.

Turman claims that if Dee hadn’t removed the photo from Instagram, the Lorenzo Hotel owner could flag the post “as long as it has a good faith belief that the post doesn’t comply with the social media standards or terms of use.”

Or the hotel owner could attempt to enforce his rights by filing a lawsuit, Turman says.

Dee claims that she told hotel staff that she was doing a photo shoot when she reserved the room and wasn’t told that she needed management’s approval. Her photographer friend wasn’t hiding his equipment when they arrived for the photo shoot. She also told the bartender about it.

But she didn’t ask hotel management.

“It wasn’t a secret,” Dee says.
KEEP THE DALLAS OBSERVER FREE... Since we started the Dallas Observer, it has been defined as the free, independent voice of Dallas, and we'd like to keep it that way. With local media under siege, it's more important than ever for us to rally support behind funding our local journalism. You can help by participating in our "I Support" program, allowing us to keep offering readers access to our incisive coverage of local news, food and culture with no paywalls.
Make a one-time donation today for as little as $1.