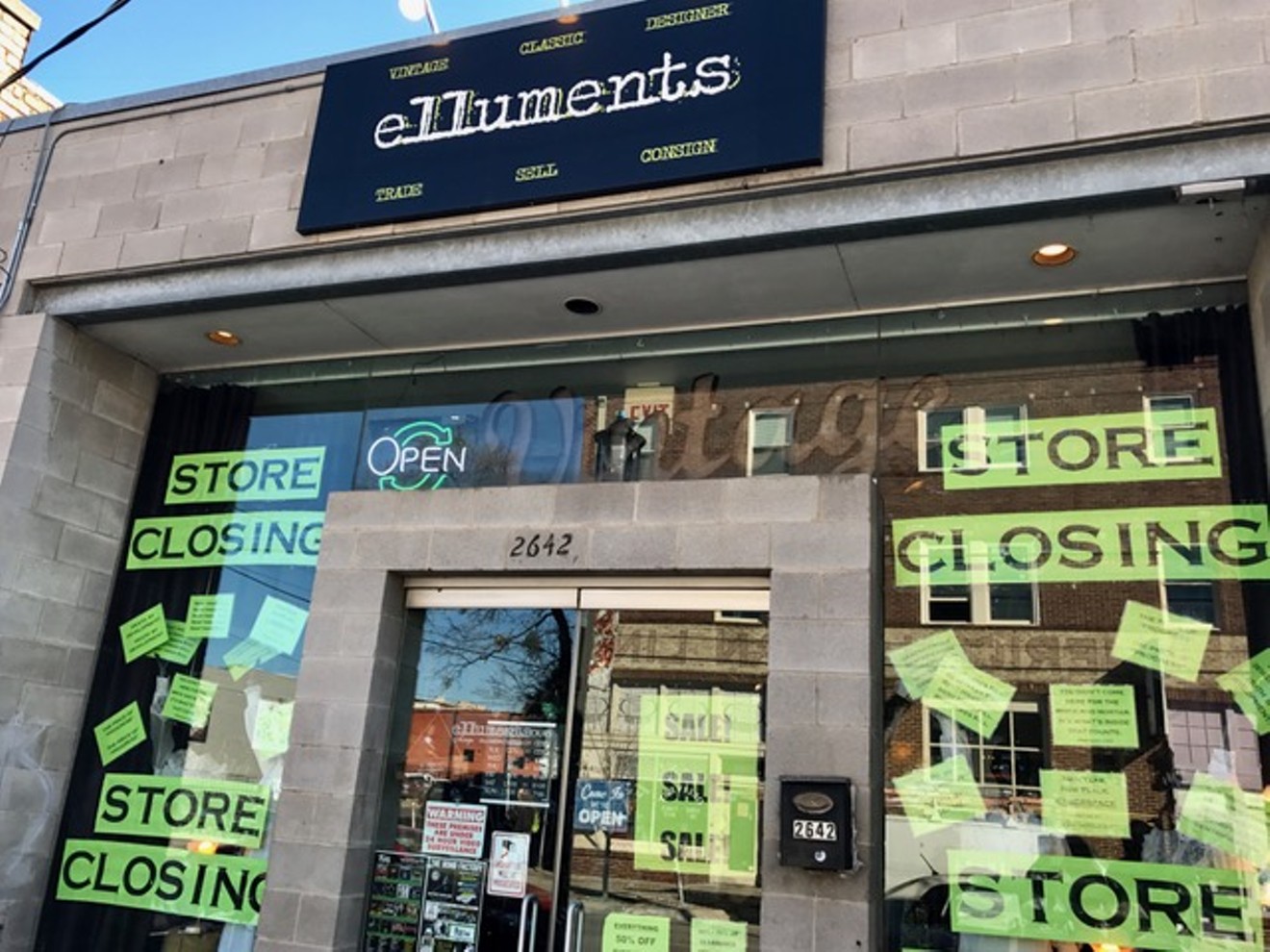 Elluments owner Felicia Dunnican says her rent tripled as Deep Ellum moves toward “more of an Uptown vibe.” Karen Gavis
Shoppers have been raiding Elluments since the vintage clothing boutique announced that it will close at the end of February and owner Felicia Dunnican blamed gentrification in Deep Ellum for forcing her hand.
“After months of negotiation, we've been priced out of our space,” read her Jan. 8 Facebook post to the store's page.

Everything inside Elluments, which Dallas Observer named the city’s top vintage clothing destination in 2016, is currently half off, except for the $5 sales rack, which Dunnican says will drop to a buck as prices continue to be slashed over the next week.

Garments are flying from the hangers, and the racks are being replenished daily from nearly five years of backroom inventory. Dunnican says there are also higher-end, vintage, designer labels available, which are kept in "the vault," and those are moving fastest. 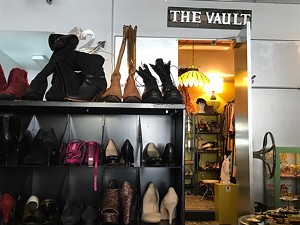 Designer items are stored in “the vault.” Dunnican says they’re moving quickest.
Karen Gavis
With the Facebook post, Dunnican says she wanted to bring awareness to what’s happening to business owners who laid roots in Deep Ellum when that meant facing issues such as rampant homelessness, panhandling and break-ins.

She says she was aware of those problems when she was looking for a space for her shop five years ago, but chose to open in Deep Ellum anyway because she cared about the neighborhood and felt that she could offer a good product there that would be affordable for most people. “We try to appeal to the masses,” she says.

Dunnican blames developers who have bought up property in the area for causing rents to skyrocket. She says she understands market value, but just because her landlord decided to triple her rent doesn’t mean she can triple her prices and stay in business. She sees the neighborhood becoming more homogeneous as businesses that don't fit in with the posh, new Deep Ellum are priced out.

“Deep Ellum has always been an eclectic neighborhood,” she says. “And I think that’s going away. The way the neighborhood is headed, they are targeting one particular demographic. They are bringing in more of an Uptown vibe.” 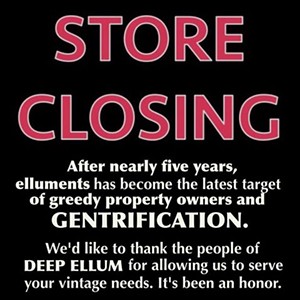 This post to Elluments’ Facebook page on Jan. 8 provoked mixed reactions.
via Elluments on Facebook
Some Facebook users echoed Dunnican's frustration when they read the news that Elluments would close.
“Way to go Deep Ellum property leasing companies,” Christina Bluford posted to Facebook. "Price out the places that make DE worth visiting.” Twitter user Margaret Selid tweeted “RIP Deep Ellum” along with a photo of the store’s closing signs, which read, “#deathbydevelopment.”

But not everyone agreed with Dunnican's stance. She says she has also received criticism for the post, with some people saying, “It’s funny to see a vintage clothing store talk about gentrification.”’ To that, she responds that the store has always accommodated budgets big and small, offering everything from $1 jewelry to $5,000 furs.

But Dallasites who've made Elluments a regular part of their shopping routine aren't completely out of luck. The store began as an online boutique 10 years ago, and while the brick-and-mortar is now closing, Dunnican will continue selling her vintage wares online.

“I’ve been in the online game before,” Dunnican said. “We’ll just be going back to that for a while. [We were] actually a website before I even opened the store.”

But e-commerce poses its own challenge, she says. An online store is time consuming, and even then the competition is stiff. Some customers are also dissuaded from buying retro clothes online because they want to be able to check the fit before they purchase.

Nevertheless, Dunnican is considering opening an Etsy store in addition to elluments.com, and hopes many of her customers will stick with her. "Don't fret,” the Jan. 8 post continues, more optimistically. “You didn't come for the brick and mortar. It’s what's inside that counts!”