Winter is the perfect time to open a water park like Epic Waters in Grand Prairie. The chilly trek from the parking lot to the indoor water park makes the entrance that much sweeter. A greeter opens the heavy glass door, and the climate changes from bitter cold to beautiful, rendering layers of clothing unnecessary.

Then you hear the sounds of kids frolicking in the pool and adult bodies skipping across tubs of water after sliding down 70 feet and screaming the whole way. It either feels like climate change 20 years in the future or a unique aquatic attraction for Dallas-Fort Worth.

The Epic Waters indoor water park in Grand Prairie officially opened to the public at 5 p.m. Friday as a year-round aquatic center for all ages that offers guests the chance to cool off regardless of the temperature outside of the park's heated walls. The park hosted a special preview party Thursday night so guests could take a spin on the 80,000-square-foot facility's 11 slides and rides.

Grand Prairie Mayor Ron Jensen was among the first guests to test the park's biggest slide, the Lasso Loop, an enclosed that drops guests down a 45-degree angled chute and through a 70-foot loop.

Grand Prairie Mayor Ron Jensen takes the inaugural ride on the Lasso Loop water slide at the pre-grand opening party for Epic Waters indoor water park. He called it "fast."
Danny Gallagher
"One of the questions I was asked was, 'Why did you do this?'" Jensen said before taking the inaugural plunge. "My family know this. How many of you living in Grand Prairie remember when we had [White Water water park]? A company bought it and closed it down 30-plus years ago. Ever since then, I thought, 'Why? Why can't we have a water park?'"

"It's awesome, because it's just awesome. I don't know what else to say about it." – 11-year-old Brooklyn Iley

The park features seven large water slides, including the 53-foot-tall Yellowjacket Drop, which combines a steep drop inner tube slide with a winding coil slide for a zero-gravity drop; the enclosed body slide Prairie Plunge, with a surprise 50-foot drop; the 41-foot tall dark tube ride the and the four-tube racing e-Racer.

If activating the adrenaline gland in your brain isn't your thing, the park also offers a rapid wave simulator called the Flowrider and a 600-foot lazy river that takes guests around the park on inner tubes. The park also has a shallow wading pool called the Rascal's Round-Up, complete with a giant, refilling bucket that periodically dumps 300 gallons of water over the entire structure.

Of course, the reviews that matter the most are the guests'. 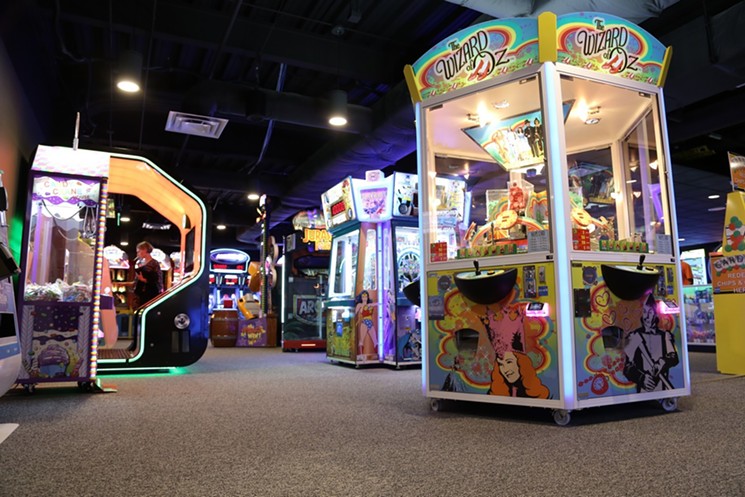 Roderick Pullum
"It's amazing," said Troy Hummel, a guest from Denver, Colorado, who was invited to help teach guests the Flowrider. "It's just because we don't have one of these where I'm from."

Amy Simon of Grand Prairie said she's been looking forward to seeing the water park since the news broke about its construction.

"I was excited because it's so unique the area," said Simon, who attended the preview night with her best friend, Karl El-Hage. "There is nothing else like this for the area."

"Before that, we had to sneak into apartment pools," El-Hage added.

The younger visitors were more succinct in their reviews.

"It's awesome," said 11-year-old Brooklyn Iley of Frisco, "because it's just awesome. I don't know what else to say about it."

"Epic," said 9-year-old Ethan Brown of Arlington just after riding the e-Racer with his mom, Jamie. 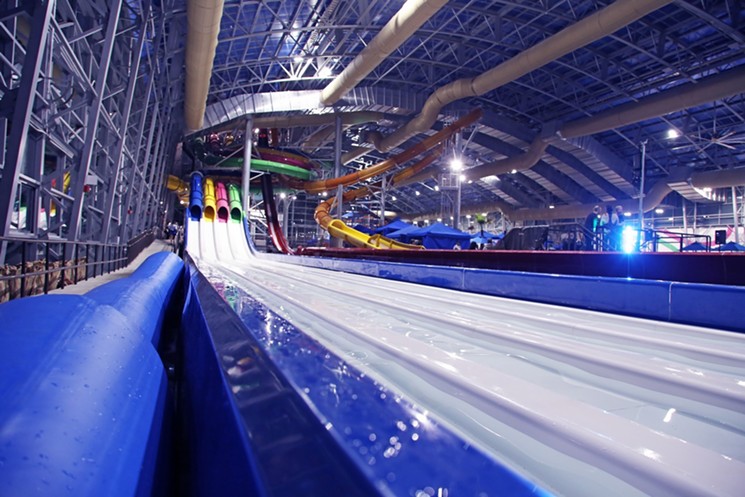