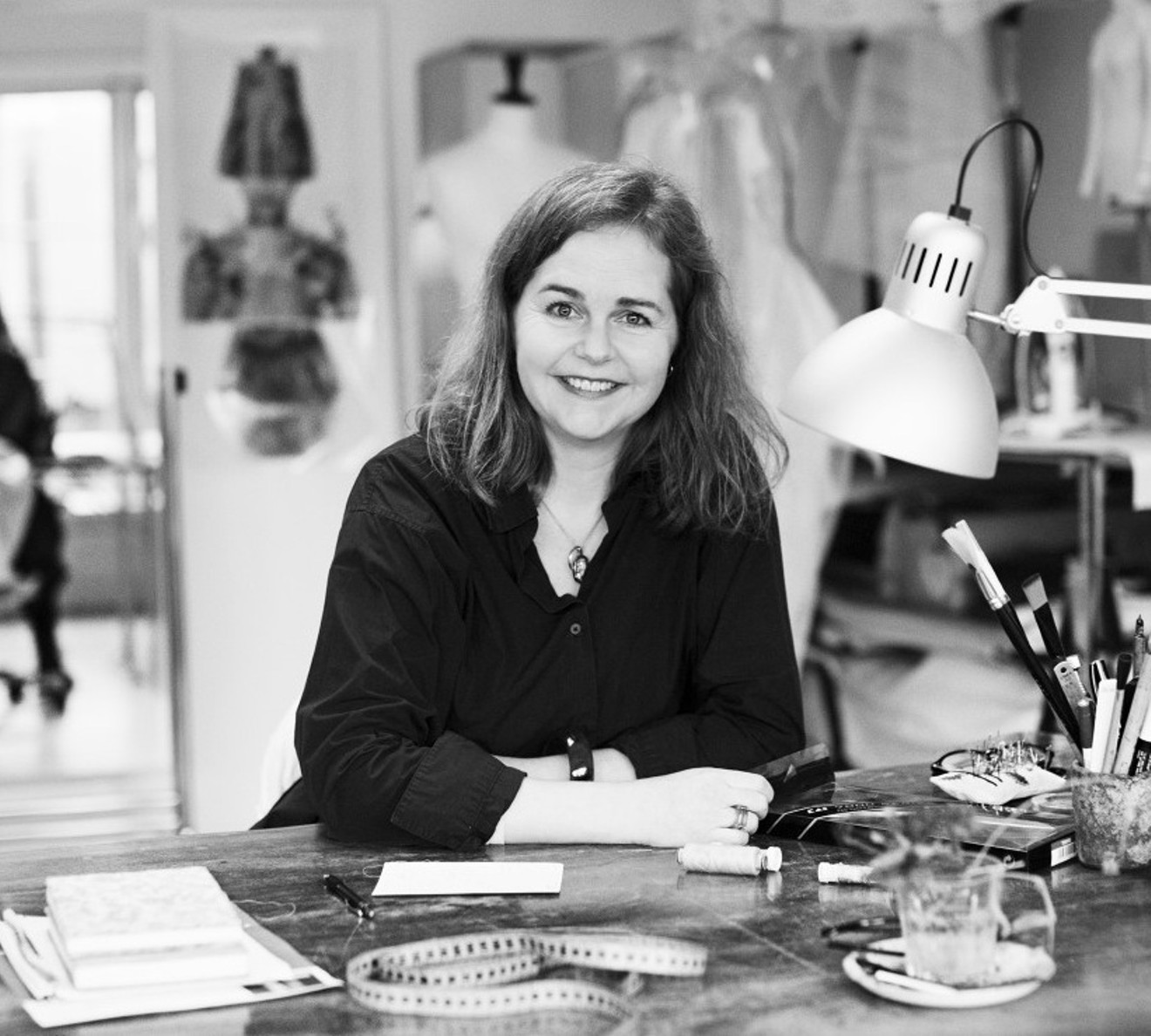 Quietly perched along the tip of the Design District lies one of Dallas’ latest art gems. A family-owned contemporary gallery, SITE131, is peacefully concealed within the cluster of galleries located within the neighborhood. Co-owned by mother-son duo Seth and Joan Davidow, SITE131 is a hub for major, private art collections depicting breathtaking views of the Calatrava bridges and the Dallas skyline in the background.

Thirty-year art veteran Joan Davidow is the space's creative genius, drawing from her former careers as director and curator for the Dallas Contemporary as well as the Arlington Museum of Art. Davidow has stumbled upon her latest gem for the gallery — one that marks a Dallas first, with the potential to draw national attention and respect from fashion enthusiasts all over the world.

SITE131 recently kicked off its fall season with an exhibition entitled STRUCTURED. Lining the gallery walls will be “large, meditative paintings of nondescript interiors [reflecting] notions of home, belonging and the emigrant experience,” made by Hungarian artist Zsofia Schweger. Also on display will be the digitally contrived photographs of popular paintings reimagined by American artist Richard Tuschman, as well as elaborate woven paper works by Colombian artist Cristina Velázquez.

The buzz, however, surrounds the unveiling of works by Danish fashion designer and artist Anne Damgaard. Marking her first-ever presentation in the United States, the designer will showcase designs from previous collections — some of which are highly coveted and award-winning.

Juxtaposed between a dream and reality, Damgaard bridges texture and geometry for dresses “structured” into delicate geometric shapes, and crafted semitransparent textiles of cotton gauze, tulle, nylon, linen voile and silk organza. A sight to behold, the artist cites inspiration from nature and architecture, and her travels to Japan. Also highlighted will be the “overwhelming simplicity” in many of the wearable art pieces. Showcasing right after the height of New York Fashion Week, the question looms: Why Dallas?

“I decided to show my work in Dallas because of the warm recommendation I received from colleagues,” Damgaard says. “They talked about the art and culture life in Dallas, and I thought ‘Why not go there?’ For the adventure, of course, and also to see what happens.”

As an artist under the 100W Corsicana initiative, Damgaard received a grant in May that allowed her to visit Texas under a residency and to scope the scene, so to speak. It was during this short international visit that her curiosity for Texas piqued. Instead of trekking to New York or doting on Los Angeles, the talented designer set her heart, and designs, on Dallas.


“I decided to show my work in Dallas because of the warm recommendation I received from colleagues." – Anne Damgaard

“I really love being here,” she gushed. “People are so warm, welcoming and friendly. I would love to do more art shows here and would love to come back following the exhibition.”

While it surprised many that the Danish designer chose Dallas first instead of other fashion city meccas, it’s par for the course to those who know that Dallas is often a top choice for major fashion affairs.

The recent Dior exhibition at the Dallas Museum of Art made note that celebrated designer Christian Dior made his first travels to the United States by way of Dallas in 1947. While accepting the Neiman Marcus Award for Distinguished Service in the Field of Fashion, Dior expressed delight in his introductory U.S. visit, but more so paid homage to the Big D.

The late Karl Lagerfeld chose Dallas’ Fair Park in December 2013 as the site for his annual Métiers d’Art fashion show, attended by Anna Wintour and many other fashion greats. The show had previously been held at a castle in Scotland and at a barge in Shanghai, yet Dallas made the cut.

Designer Zac Posen has an affinity for the city as well, and has never silenced his love for dressing the women of Dallas. Other recent exhibitions have focused on subjects like Jean Paul Gautier, Iris van Herpen, famed Vogue photographer Mario Testino, and many others who have viewed Dallas as a staple for their collections. Dallas is and will always be a hub for fashion firsts, with many more anticipated to come in the future.

SITE131 snagged the latest trophy, as the Anne Damgaard exhibition will continue on display through Dec. 14. The artist will make a private personal appearance leading up to the opening but has tabbed sightseeing and eateries as a first stop while in town.

“The food is absolutely lovely,” the Danish designer said. “I’ve had a lot of Mexican food! I’m looking forward to barbecue.” Tex-Mex, barbecue and fashion. The international creative has hit the nail on the head — these are but a few of the things that Dallas does best.
KEEP THE DALLAS OBSERVER FREE... Since we started the Dallas Observer, it has been defined as the free, independent voice of Dallas, and we'd like to keep it that way. With local media under siege, it's more important than ever for us to rally support behind funding our local journalism. You can help by participating in our "I Support" program, allowing us to keep offering readers access to our incisive coverage of local news, food and culture with no paywalls.
Make a one-time donation today for as little as $1.