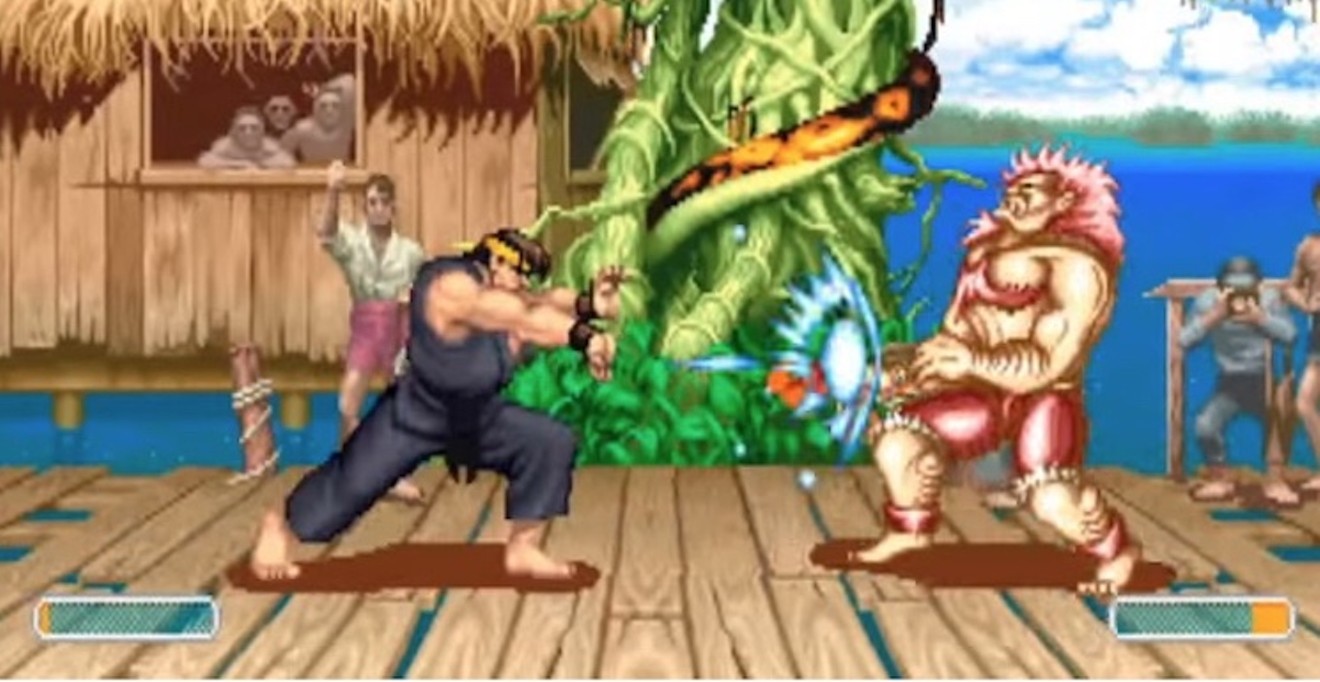 One of the most revered Street Fighter II games among its more competitive sect is Super Street Fighter II Turbo, the fifth game in the series released in 1994 for American and Japanese arcades. It's one of the more complex editions of the fighting game before the developers started adding more bells and whistles such as alpha counters and ultra combos. It's as pure as a fighting game gets without putting pads on two people and getting them to start punching each other.

The game, known among fans as Super Turbo, has developed its own unique following in the competitive gaming arena. Free Play Arcade in Arlington will host its 2018 Super Turbo Spring Series this Saturday and Sunday with a $5,000 grand prize and some of the most competitive Street Fighter players in the world.

"The game itself is really simple," says Chris Delp, the community liaison for Free Play Arcade who has competed in Street Fighter II tournaments all over the world, including the famed Evo Championship Series in Japan. "There aren't a lot of meters. There's one super-meter and that's it, so it's not incredibly complex and it's easy to get into at the entry level. That being said, there are hidden layers of depth to the game, like how fast certain moves recover and how far a move extends and what the range is, that have kept players captivated for 30 years."

Corey Hyden, the owner of the Free Play Arcade chain, says this weekend's series marks the third time the arcade has organized a tournament around the Super Turbo game. But the $5,000 grand prize and the promise of some of the world's top competitors take the series to "a whole other level."

The tournament could attract as many as 100 competitors in a double-elimination bracket tournament. Some of the more famous fighters include Matt "" Kraus, Quoc Hung "AfroLegends" Hguyen, LordJimmyBones and Tomoaki "Tomo" Kuwata, a Japanese native who attends UCLA and learned about the Free Play tournament during a qualifying match that Delp attended in Los Angeles.

The tournament's organizers are also flying in some of the top players from Japan, such as Murasaki, Yaya, Otochun Mattsun, to join this weekend's Super Turbo tournament. Hyden says Murasaki and Yaya will make their first American appearances at the Free Play tournament.

The arcade is bringing in special hardware so the competitors can compete on the Japanese version of the Super Turbo game, considered to be the superior version of the arcade fighting game for tournament use. Delp says the American version has a small technical glitch when players choose the Russian strongman Zangief as their fighter of choice, but "no one chooses Zangief."

"No one else in the world has been able to do this because here in America, at least, getting all the hardware together and getting the games together is insurmountable by itself, not to mention the sponsorship dollars and our own money to attract the kind of talent you need," Hyden says. "It's like the absolute perfect storm of getting everything together for a big tournament like this, and we're so excited to be able to get the ones to host this."


How should the average Street Fighter player prepare for a showdown against such high-caliber talent? Delp says the Super Turbo version has a way of leveling the playing field if you can learn how to master your fighter of choice. However, that probably won't be enough to beat some of the best players in the world.

If you're one of the many to fall at the hands of a master player, Hyden says at least you'll get to watch an epic Street Fighter II tournament.