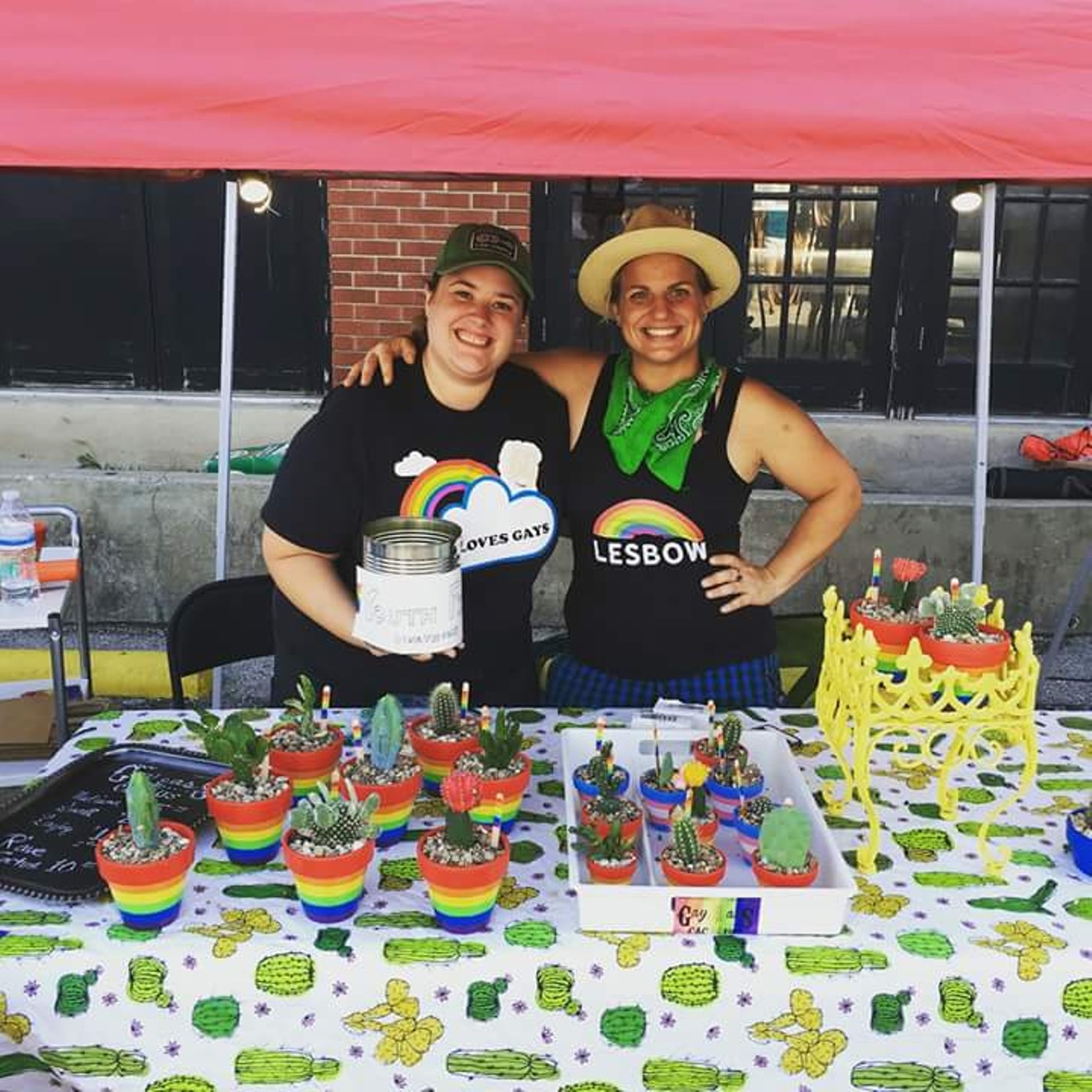 Stephanie Gaye Dulin (left) and Christie Wright are partners in Gay Ass Cactus. Dean WIlson
When Christie Wright and Stephanie Gaye Dulin met on a dating app six months ago, they had no idea their relationship would blossom into something both professional and romantic. Today they're partners in Gay Ass Cactus, a startup plant business that fulfills orders for customers from New York to Washington states.

Dulin and Wright plant a cactus in homemade soil, paint the pot and give it a name inspired by someone in the LGBTQIA community, either someone they know or a figure in queer history. Each prickly cactus the company sells has its own gender identity, according to the couple, and the pots are painted to reflect that.

“It was like, ‘Let’s make a list of everybody we know and we can name them after actual people and they can be kind of like their foster moms,'” Dulin says.

The couple were inspired by the fact that there are 2,000 species of cactus and 125 genera. To them, there are just as many gender identities.

“Cactus are so simple and the concept is not that hard to wrap your head around,” Dulin says. “But it’s more than a hobby for both of us; it’s a way for both of us to spend time together.”

“Hopefully we could get Gay Ass Cactus to be lucrative enough to hire people and become distributors,” she says, "so we don’t have to be painting pots every day of our lives!” 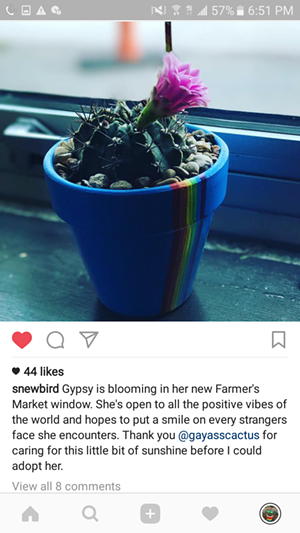 courtesy Gay Ass Cactus
Wright, a graduate in fine arts, says she’s always had an inventor’s spirit. She got the idea for the cactus company after a hailstorm pounded some of her yellow rose cacti at her farm in Plano. The cacti were in pieces and seemed too damaged to replant. But by the time she got around to tossing them out, they had already rerooted themselves.

“I think that’s a really good thing as far as representation of us and the community, as a lot of people have hard back stories,” Wright says. “They thrive despite it, and I really admire that.”

Ten percent of Gay Ass Cactus' sales since April have been donated to Youth First, a nonprofit that supports LGBTQIA youth in North Texas.

Dulin and Wright are in the process of selecting a new organization to support, but say they plan to work with Youth First again in the future.

So far, the company has been a hit with Dulin's and Wright's co-workers, at events like Queer Bomb at RBC and with non-Texans.

Gypsy Leigh, one of the first customers, has purchased two plants that are growing nicely. Dulin and Wright also named a cactus after Leigh.

“They’re such good people, and they’re freaking hilarious,” Leigh says. “I was just honored to have one named after me.”

On July 4, Gypsy the cactus produced its first blossom. Wright believes it's a sign of good things to come.