If You Want a Quick Wedding, You Can Now Get Married on This Elevator 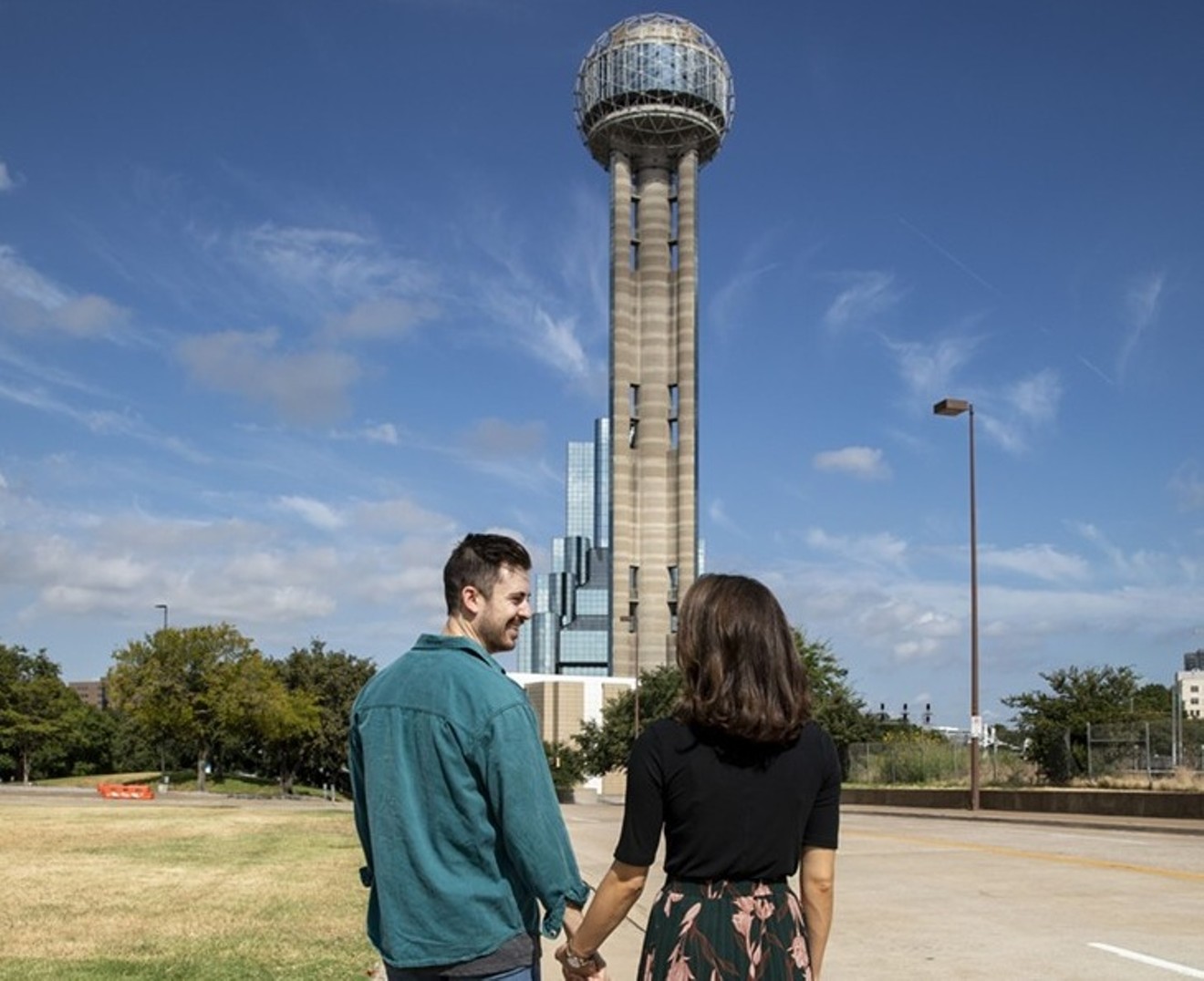 This could be us, but you won't give me 68 seconds of your time. courtesy Reunion Tower


Valentine's Day is in a few days! You have only so many hours to run to the grocery store and get a card, or maybe to the jewelry store and get a diamond, or you know what, save it all and just get married on the elevator on the way up to the GeO-Deck of Reunion Tower!

The elevator ride is 68 seconds, which is just enough time to exchange some vows and for the officiant to name you spouse and spouse. You do have to bring your own marriage certificate, but the justice of the peace will be provided (what a deal). After the 68 seconds, you'll get to the top of Reunion Tower. This is where you tug on your new spouse's sleeve and say, Wow, honey, look over there. We had our first kiss in that building. They will say ha-ha, that is right, spouse. Look at that building. That's where we had our first fight. Ha-ha, they will say. Doesn't that sound nice?

Katie Chaumont, director of communications for Reunion Tower, didn't offer a specific cost but says the price of packages will range and the staff is "completely dedicated" to setting up the perfect package for couples, whether they are getting married or simply want to have a vow renewal.

"It's going to be exhilarating," Chaumont says, adding that couples will get a wine toast and flute glasses with the Reunion Tower logo on them (another deal).

Chaumont says the idea for the 68-second elevator wedding was conceived after a couple did it years before the GeO-Deck was open and the Reunion Tower just had an observation level.


"It's going to be exhilarating." — Katie Chaumont

"The last couple of years, we have seen more elopements and requests for small weddings and we put our heads together the last couple of years and thought, 'You know what would be amazing? If we did this on Valentine's Day, if we had a justice of the peace or some kind of officiant and we made those elevator weddings happen. Or re-unions — that's what we call the vow renewals.'

"I can't imagine when your heart is pounding and you know you're kind of on the clock and the doors open up on the GeO-Deck that you are going to be married, that must feel like it lasts half a second, but it is possible and we have worked to get it timed out and it's enough time to exchange some vows and have a little kiss."

This sounds nice because so many times weddings include flowers and speeches and guests. Ugh. But this 68-second wedding will include a tight space and an officiant you just met and some elevator music. Which one would you rather have?

Wasn't that fun, spouse, your new spouse will say. Ha-ha, it sure was, you will respond.

Here's to hoping that your honeymoon lasts a lot longer than your wedding.

The GeO-Deck gives guests a 360-degree panoramic view from 470 feet up. If you are interested, call (214) 712-7040.
KEEP THE DALLAS OBSERVER FREE... Since we started the Dallas Observer, it has been defined as the free, independent voice of Dallas, and we'd like to keep it that way. With local media under siege, it's more important than ever for us to rally support behind funding our local journalism. You can help by participating in our "I Support" program, allowing us to keep offering readers access to our incisive coverage of local news, food and culture with no paywalls.
Make a one-time donation today for as little as $1.