A Dallas Filmmaker Says He Holds the Secret to Mussolini's Death 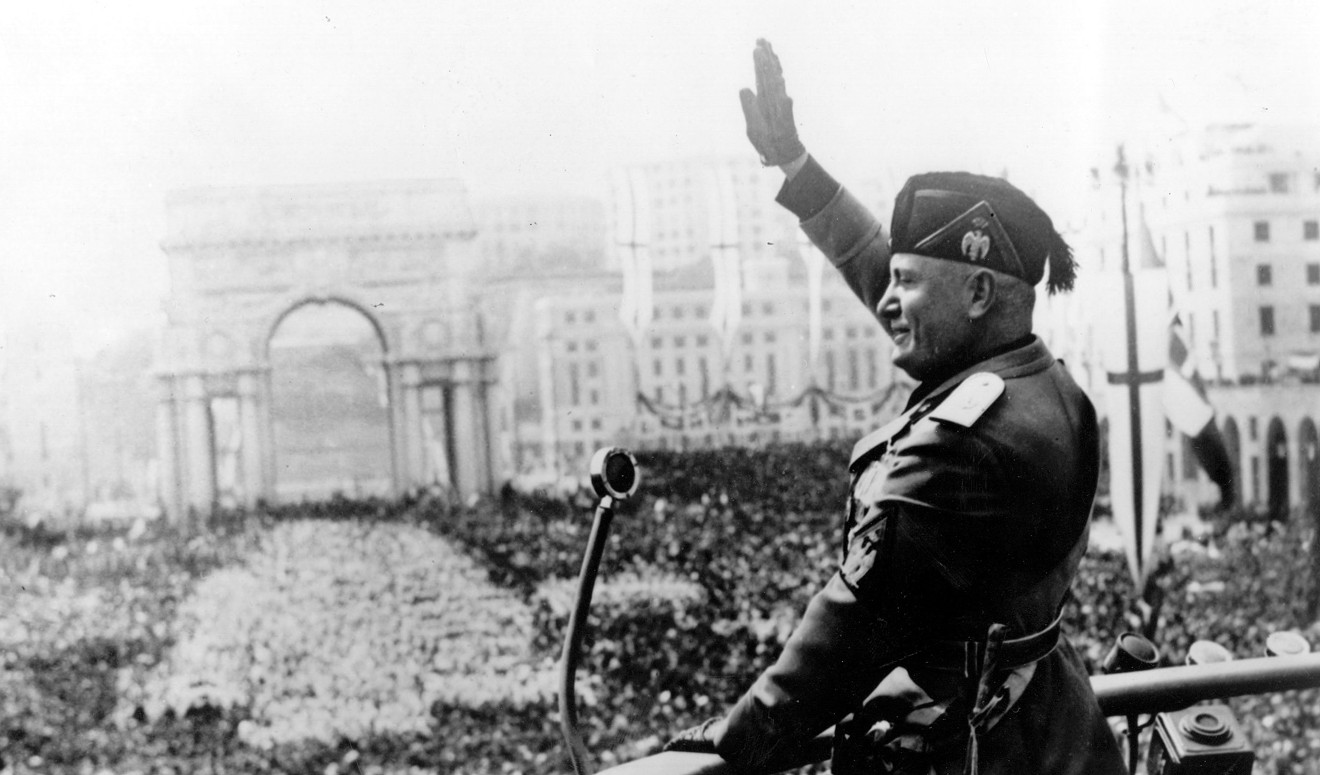 Italian dictator Benito Mussolini waving at a crowd. Dallas filmmaker Guy Mayfield says he's the only person to know the truth about his death. Hulton Archive/Getty
Guy Mayfield’s debut short film, The Butterfly Keeper, will premiere in a matter of days. Shot in North Texas, the film follows Patrick Cannon (a fictionalized version of Mayfield’s grandfather, played by Michael Martin) as he cares for his wife with Alzheimer’s. In a way, it feels like Mayfield’s entire career has been building up to this film.

For years, the filmmaker commuted between his hometown in England and California as an aspiring actor. And while acting allowed Mayfield to get his foot in the film industry, he always had a deeper yearning to write and direct his own movies.

“I’m a very big fan of auteurship,” Mayfield says. “To me, film is moving art. Any type of artist should, effectively, sign their own work.”

Still, as filmmaking is a collaborative medium, it wasn’t until he found his way to Dallas that Mayfield gained the financial support and the creative team necessary to bring his story to fruition.

While The Butterfly Keeper is a fictionalized account, there are personal and historical truths about Mayfield’s grandfather that were essential to the film’s story. Mayfield knew that he could not simply address who his grandfather was as a person; he had to investigate what his grandfather did, as well.

In the film, the character of Patrick keeps a butterfly collection, which serves as both a sanctuary from his real life and a metaphor for his role as his wife’s caregiver.

“He would grab the butterflies off the vines where the raspberries would grow and would love showing them to me,” Mayfield says about his grandfather. “I started to put these little idiosyncratic elements together. It was paramount that I started with my grandfather’s story before I started with my own.”

The filmmaker recalls how he visited his grandfather in the hospital before he died and was told he would inherit a secret gift.

When he turned 21, Mayfield was given the secret inheritance: a photograph of Italian dictator Benito Mussolini's body, taken just after he was killed. The photo’s credit belongs to Mayfield’s grandfather, who was a sergeant in the British Army during World War II.

The official story is that Mussolini and his young mistress Claretta Petacci were executed by Italian partisans in northern Italy in April 1945. The filmmaker understands he may very well now be the only person on the planet who knows how Mussolini died.

With this information, The Butterfly Keeper takes on added import. It also further clarifies why Mayfield was so adamant about telling his grandfather’s story. It was out of love, yes, but also out of a sense of responsibility.

“For five decades plus, my grandfather was terrified that if the Italian government at the time found out how Mussolini truly died, that he would be persecuted.” –Filmmaker Guy Mayfield


After getting the photograph verified in 2007 through Sotheby’s and Christie’s auction houses, Mayfield realized he had in his possession not just a crucial piece of history, but access to a vital historical truth.

“What I have changes world history,” Mayfield says.

He believes that if he wasn’t studying film, his grandfather would have never given him that picture.

“To this day, that photograph would still be stuck at the back of a photo album behind a sealed page which no one would ever see," Mayfield says. "He believed in something that I was doing.”

History can be cataloged in textbooks, but it often only gains a pulse, a renewed sense of life, through the art we make about it. Perhaps this is why for Mayfield it was essential that this truth be revealed through film: certain information deserves to be disclosed only through the grandiosity that art promises.

“It’s not something you can pass onto someone at the bar or the grocery store,” he says.

Mayfield is preparing to show the world this ode to his grandfather, and reveal the truth about Mussolini’s death, at The Texas Theatre on June 14. The film’s premiere will be followed by a Q&A with the director.

The allure of The Butterfly Keeper is twofold: for those fascinated by history, it offers an answer to a question that’s plagued historians for decades. Yet through answering that question, it asks another, more important one: Who are we, and what does it mean to live a life? There may not be an answer to that one, but experiencing art offers, at the very least, a glimpse.

“Art and life go hand in hand,” says Mayfield. “They’re distorted, fragmented reflections of each other. In the middle — those little gray spaces in between — is where the truth lies.”
KEEP THE DALLAS OBSERVER FREE... Since we started the Dallas Observer, it has been defined as the free, independent voice of Dallas, and we'd like to keep it that way. With local media under siege, it's more important than ever for us to rally support behind funding our local journalism. You can help by participating in our "I Support" program, allowing us to keep offering readers access to our incisive coverage of local news, food and culture with no paywalls.
Make a one-time donation today for as little as $1.