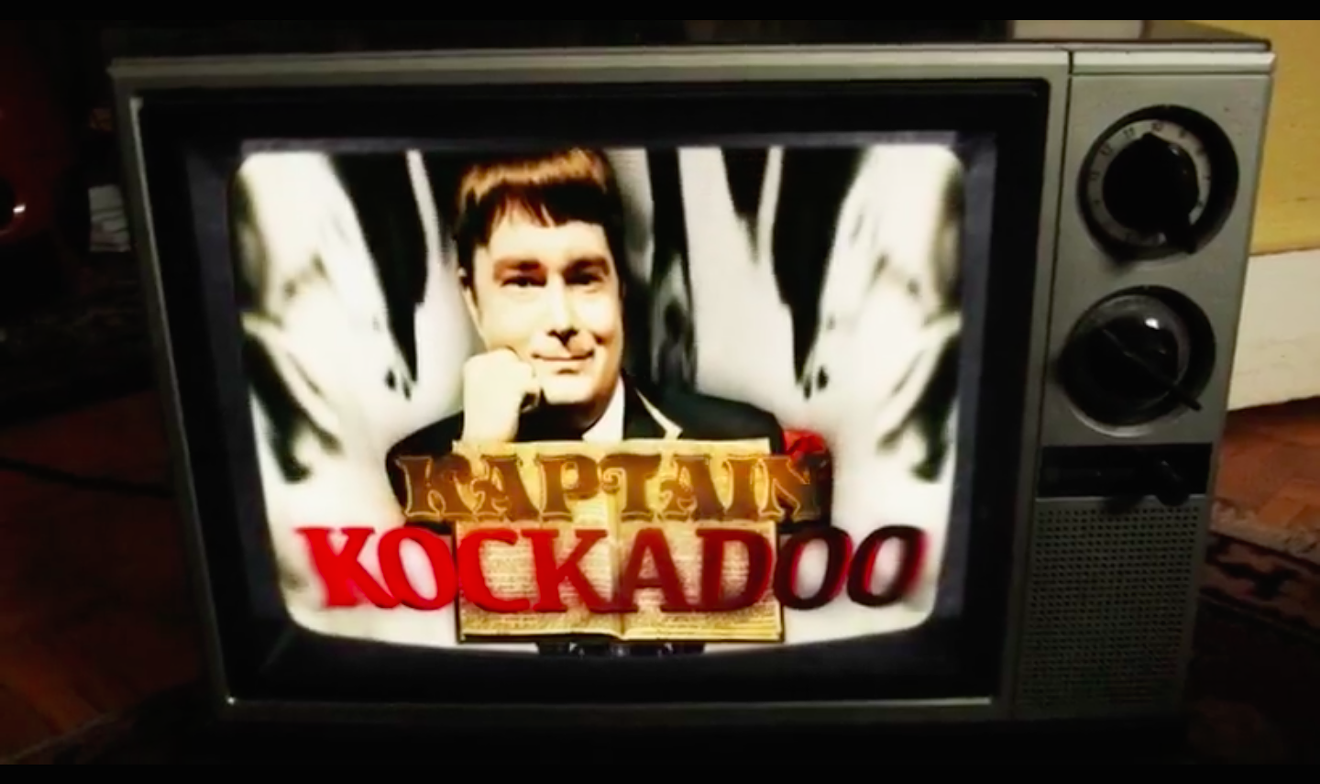 Parker, who became a company member in 2012, says the theater has become a home for her in many ways, a supportive and nurturing environment that allowed a half-baked idea for a fun play to develop into a full-fledged musical.

If Parker’s musical sounds a little like Captain Kangaroo, that’s because it’s meant to. “Kockadoo” is a take on the famous television show that ran for 30 years from the 1950s to 1980s.

This musical has one major difference: Kockadoo is a Warren Jeffs-esque religious zealot hell-bent on converting his audiences. The play asks the question: What would you do to get to heaven? What would the Kaptain do?

Kaptain Kockadoo is a Warren Jeffs-esque religious zealot hell-bent on converting his audiences. The play asks the question: What would you do to get to heaven? What would the Kaptain do?


“We were all sitting around one day, joking about doing a children’s television show, but eventually the idea got shuffled under the stack,” Parker says.

Eventually, Ochre House artistic director Matthew Posey came back to Parker and asked her if she’d be interested in fleshing out the idea. Parker loved the concept but wasn’t sure what direction to take it in.

Parker has a theater degree from Texas Tech University in Lubbock. (She lovingly refers to the Ochre House team as the “Tech Mafia” because many of her colleagues also received theater degrees from the school.) She also has a master's degree from Central Washington University.

Parker was more than up to the task of writing the play, but she continued to find herself a little stuck. She kept focusing on her fascination with Warren Jeffs, convicted felon and president of the Fundamentalist Church of Jesus Christ of Latter-Day Saints.

His followers and the bizarre stories she came across were all she could think about. Her husband, Kevin Grammer, who plays Uncle Willie in the play, suggested maybe this was the idea she’d been looking for.

“A lightbulb went off. The show is filmed entirely for the children in the cult,” she says.

Parker gushes over the homegrown spirit of the company, which has made her dream a reality. Ochre House uses many found materials to construct sets and costumes, using minimal resources to maximum potential, she says.

“I’m a lucky girl to experience this work environment. We do everything in house, and the actors really have a say in how they portray the characters,” she says.

Parker also credits Ochre House's tradition of producing only original scripts for allowing the theater to push the envelope.

“Working with Matthew is like a master class in acting. He really knows his way around a script. It’s just beautiful,” she says.