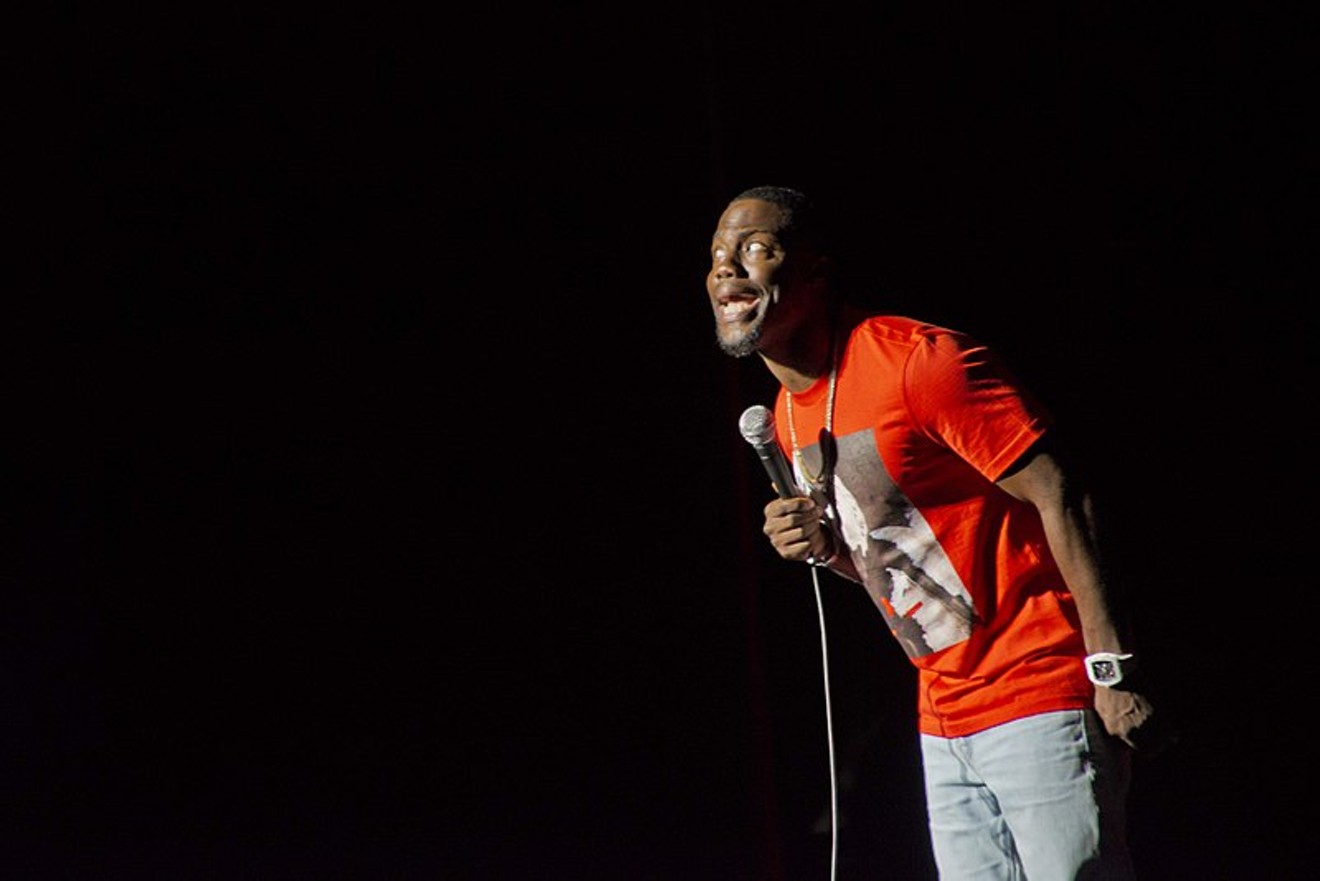 Kevin Hart is coming to Dallas. Kind of. Wikimedia Commons
Over the next three days, a select group of aspiring DFW comedians will achieve their dreams of being on Comedy Central. Superstar comedian Kevin Hart will bring his Comedy Central show, Hart of the City, to the DFW area, and he’s looking for stand-up comedians to feature. The Arlington Improv will host a nightly showcase of seven comedians Monday through Wednesday to select the talented few.

Hart of the City, now filming its third season, is a hybrid travel show and stand-up comedy showcase that follows Hart visiting different cities to learn about their comedy scenes. Hart interviews the city's local comedians and gives rising talents a chance to have their work seen by a national audience.

For comedians like Houston native Tim Mathis, Hart of the City provides career breaks they otherwise wouldn’t have received.

“Not only did it raise my profile comedy-wise, it also helped with my acting work, as one of the producers helped me nab a commercial agent after my move to LA,” Mathis says.

The requirements for the comedians selected are simple — mainly that performers can't already have television credits. This will be the rare time in the entertainment industry when not having an agent or manager will help your career.

Starting 8 p.m. Monday, the Arlington Improv will host the three-day showcase for Hart by having 21 comics perform an equal amount of time to prove their worth. The show is open to the public, so all comedians are encouraged to being friends, families and easy laughers to the show for an edge.

Arlington Improv manager William Cennamo says the club was selected because of its working relationship with local comedian Alfred Kainga.

“It was actually Alfred that was selected to run the showcases since he was on season one of the show,” Cennamo says. “Alfred came to me for the space, and we were very excited to help promote and host the show.”

Cennamo has worked with staff at the Arlington Improv to raise the profile of the local comedians who perform in the club. The weekly open mic in Arlington has given many performers a home to test out new material in front of a large audience and receive much-needed feedback.

“Comedy is an art form, and I’m just here absorbing the imagination of others, trying to share to the world the beauty within others,” Cennamo says.

Kainga is one of the rare comedians to see both sides of production for Hart of the City. He was featured on the Houston episode of season one and is now running the showcase for the next generation of hopeful comics. It has given him a new perspective.

“It just showed me that the people at Hartbeat Productions led by Kevin Hart appreciate my work, and I must be doing something right,” Kainga says. “Can’t wait to see who will be picked for Dallas, though.”

Shows are at 8 p.m. Monday through Wednesday. Tickets are $10.