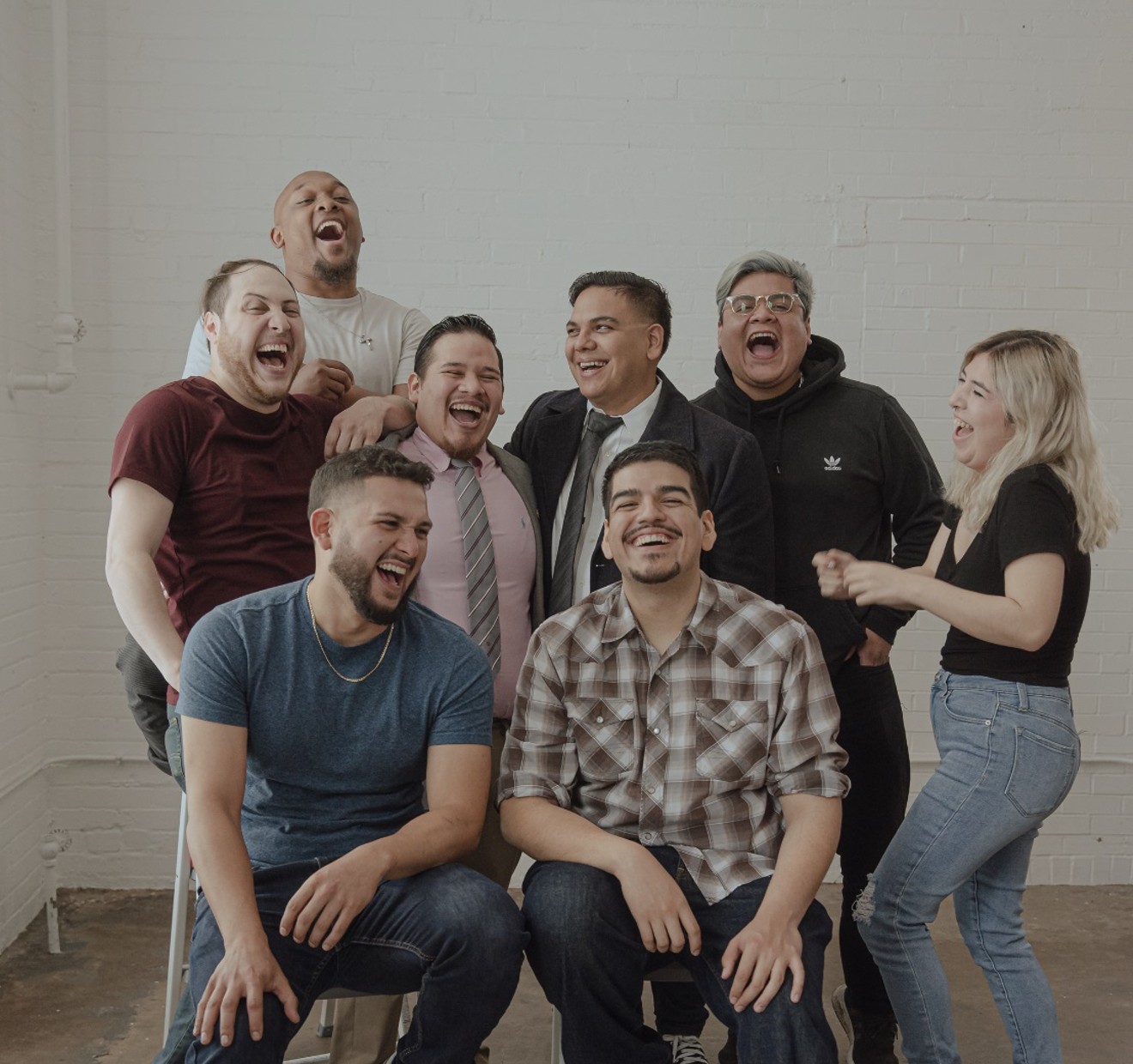 “That win feels validating,” Raw Lemon founder Sabillon says, “When you do this long enough and you feel like you're not getting that response back, stuff like this really, really goes a long way for us. That win went a long way for us.”

The short film is part of a feature film titled We Start a Series, which is composed of seven short films that tell one absurd, satirical and fictional narrative that pulls from the real life experiences of the film collective Raw Lemon. The film is a comedy centered on a group’s failed attempts at filmmaking, and is a celebration of Raw Lemon and the friendships, trials, tribulations and successes that have kept their passion for filmmaking alive.

Raw Lemon began in 2007 when Sabillon was 13 years old. Fascinated by directors like Martin Scorsese, Sabillon lured his friends into his filming hobby by recording them skating. Soon those skating videos became skits.

“I made my debut with the 2007 cult hit classic Mission So Possible 3 that was uploaded to YouTube, and it was groundbreaking,” Daniel Campos, an original Raw Lemon member, says jokingly. “Well, no it was terrible, but it was fun. … We're not really a crew, because it's more like a bunch of great friends filming together. We just take turns holding the camera; we don't really have a production team. It's all from the ground up and we all just take turns doing the blue-collar work.”

The group caught traction in their high school, Moisés E. Molina High School, where their work impressed the administration so much they were allowed to begin their own school-funded film club. With nothing but time and jokes, they started creating YouTube videos for entertainment. Their fanbase began to blossom.

Campos recalls a day in his senior year when he and a former Raw Lemon group member were browsing NorthPark mall’s Lego store before being recognized by a group of grade-school kids.

“Oh my gosh is that them,” he remembers the kids saying, “Oh my gosh, it’s Raw Lemon!”

Campos was flabbergasted. The kids surrounded him, taking photos, hugging him and calling people to excitedly announce they were meeting members of Raw Lemon.

“It's one thing to make your peers or teachers laugh and your older family members laugh," Campos says, "but to have a group of kids that have their entire day made and freak out because they're seeing you, it's like a feeling you'd never never knew you’d have or never knew you’d need because that has to be one of the purest moments of my entire life.”

Despite the excitement, Raw Lemon didn’t see much success in their filmmaking. They uploaded and shared their skits, but the failures mounted. Prior to We Start a Series, Raw Lemon had two failed attempts at creating a feature film. After 10 years of trying, they decided instead to take a jab at stand-up comedy.
Under the comedy group name “JFK,” Raw Lemon sold out Texas Theatre in 2017 and 2019 with their stand-up show.

“Bryan isn't like the other directors that I work with,” Reveles says. “I've seen people try to do this exact thing where they go and they make movies with their friends and they end up hating each other at the end of it. That's because I think they put the project before their friendship.”

“We all want to be a part of this film group because we just love it so much since we were kids, and it's something we don't want to let go because we believe in it. I feel like Raw Lemon is what keeps the friendship so close.” –Eric Sosa


For We Start a Series, Raw Lemon depended on their friendships to keep the project alive. Filming took place mainly on Sundays due to each member having to work, go to school or tend to other projects. The hours were long and many nights turned into mornings. The bloopers, reshoots and throw-away footage were abundant. Yet, everyone continued to show up because Raw Lemon was the glue that has kept the tight-knit group together.

After many film festival rejections, the Austin After Dark Film Festival win invigorated the group. With a winner's high, the film group set out to make another dream a reality. They commissioned the Angelika theater to show their feature film.

On June 26, Raw Lemon will be premiering We Start a Series at the Angelika for one time only. And Raw Lemon has Dallas’ support: The group sold out 249 tickets on June 1, just five hours after they were released on Eventbrite.

This will be the only time the seven-part series will be shown as one film. For those who miss out, Raw Lemon will be releasing the film in its original seven-part web series format. It will be the same narrative, just in bite-size wedges.

“We Start a Porno, that just won the festival, was completed nearly two years ago and we've just been sitting on it for so long,” Sabillon says. “No one has seen it. So I thank Raw Lemon for their patience and I thank them for believing in our work. They believe in me, and I believe in them.”
KEEP THE DALLAS OBSERVER FREE... Since we started the Dallas Observer, it has been defined as the free, independent voice of Dallas, and we'd like to keep it that way. With local media under siege, it's more important than ever for us to rally support behind funding our local journalism. You can help by participating in our "I Support" program, allowing us to keep offering readers access to our incisive coverage of local news, food and culture with no paywalls.
Make a one-time donation today for as little as $1.