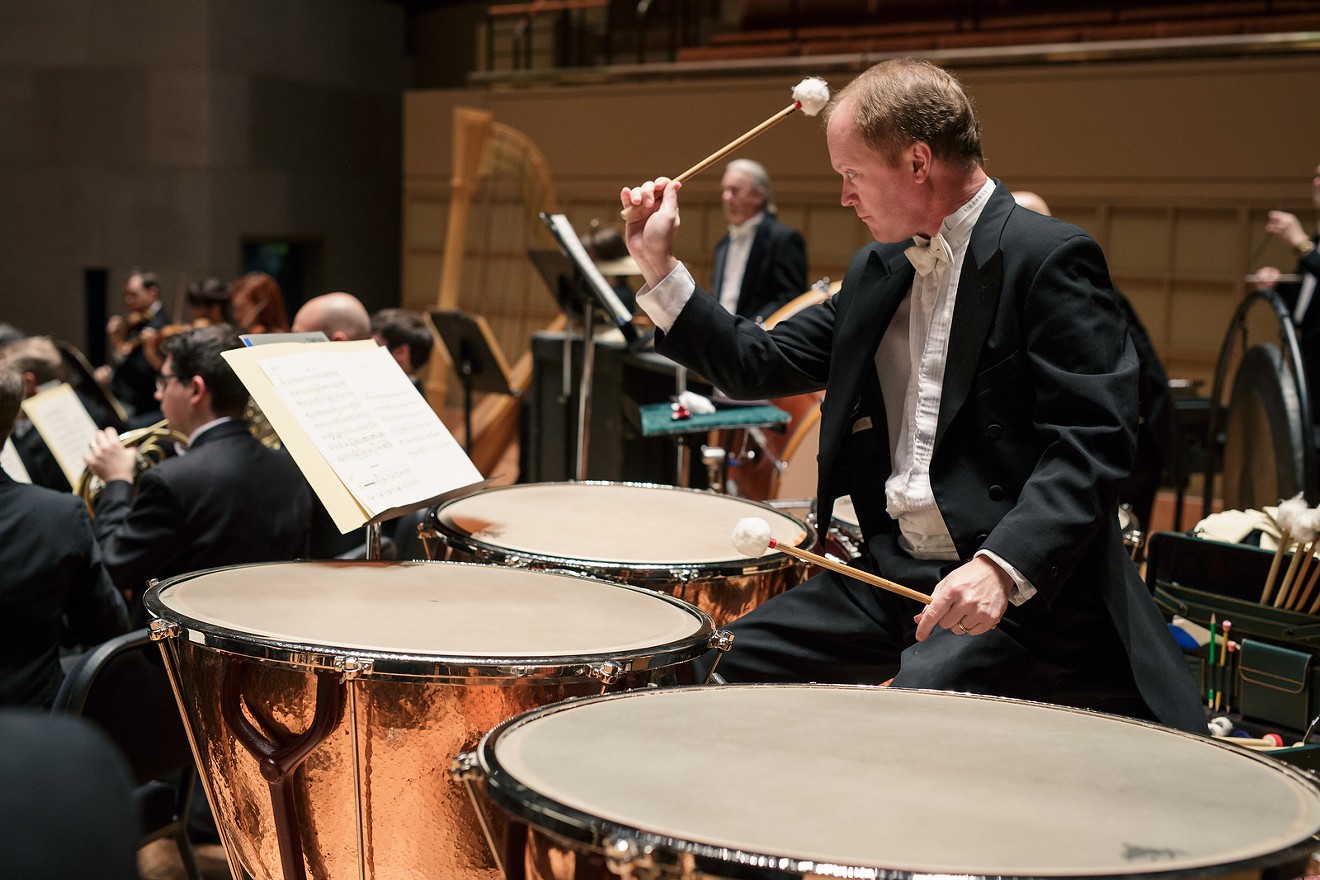 
Clear your schedule for the first three weeks of April, because the Dallas Symphony Orchestra’s SOLUNA Music & Arts Festival is back again, and you’ll want to attend every single performance.

Since its inception in 2015, SOLUNA has aimed to foster collaboration across multiple genres and media while also bringing the Dallas Arts District together to create a destination for the world’s best artists. It is a “festival for Dallas,” according to DSO officials. While SOLUNA has admittedly had some growing pains along the way, this year’s programming showcases a more refined, cohesive bill that has us truly excited.

SOLUNA Festival runs from April 3 through April 21 and is book-ended, as usual, with large-scale performances by the Dallas Symphony Orchestra. Fabio Luisi, who officially steps into the DSO’s music directorship next season, will take the podium to lead the orchestra in three performances during SOLUNA, starting with Franz Schmidt’s The Book with Seven Seals to kick off the festival. Schmidt’s oratorio calls for a massive ensemble of full orchestra, 180 singers, organ and a cast of solo vocalists, and draws subject matter from the Book of Revelation. The work is rarely performed these days, but it should make for an impressive spectacle at the Meyerson Symphony Center.

The festival is focusing on some innovative music by prominent contemporary composers this year, beginning with Pulitzer Prize-winner Du Yun, who will come to Dallas on April 3 with the help of the Crow Museum of Asian Art. Yun will present the world premiere of Windows to Yushu, a piece that explores the lives of children who have grown up in the Yushu Tibetan Autonomous Prefecture, a geographically secluded region of China.

The Verdigris Ensemble is part of SOLUNA for the second consecutive year. The up-and-coming contemporary choir will join forces with Voices of Change for a restaging of Missy Mazzoli’s Song from the Uproar on April 19-21. Mazzoli, who was one of the first women to be commissioned by the Metropolitan Opera, explores the intriguing life of Isabelle Eberhardt in her one-act opera. Eberhardt was a writer and explorer at the turn of the 20th century who famously dressed as a man while traveling across Africa and lived her short life with reckless abandon.


Legendary rock band The Flaming Lips will join forces with the DSO and the Dallas Symphony Chorus to perform their ninth studio album The Soft Bulletin from front to back for one night only on April 19.

Chamber music has historically been a big part of SOLUNA, and the sixth festival continues that tradition. A Musician’s View is part of SOLUNA’s “pillar” programming — a chamber music concert during which the audience members experience the performance while sitting on the stage with the musicians. This year, composer-in-residence Julia Wolfe will curate the evening.

The San Francisco-based Kronos Quartet will make the trip to Dallas for the first time in over a decade in an exciting new addition to SOLUNA’s chamber music offerings. The venerated string quartet has become one of the most celebrated chamber groups in the world over the course of their 46-year career. Kronos will present a screening of A Thousand Thoughts, a documentary exploring the history of 20th and 21st century music, with live commentary from the musicians.

Legendary rock band The Flaming Lips will join forces with the DSO and the Dallas Symphony Chorus to perform their ninth studio album The Soft Bulletin from front to back for one night only on April 19. The 1999 release was pivotal in defining the band’s iconic psychedelic aesthetic. This performance is sure to be a highlight of the festival.

It wouldn’t be a “music and arts” festival without some art, though. SOLUNA is partnering with the Dallas Art Fair again this year. The collaboration will bring jazz musician/composer Joshua Abrams and his Natural Information Society (NIS) ensemble to the Big D. The group will perform some of Abrams’ genre-bending compositions while patrons simultaneously explore the work of artist and NIS member Lisa Alvarado.

Previous SOLUNA Festivals have usually included one outlier, an off-the-wall project (remember the trolls in 2019?) The lineup this year appears to be free of trolls and the like, but perhaps that’s for the best.

Tickets for the 2020 SOLUNA Festival go on sale Thursday, Jan. 30. The DSO will be offering the Festival “Explorer Pass” again this year, which includes tickets to 8 select events.
KEEP THE DALLAS OBSERVER FREE... Since we started the Dallas Observer, it has been defined as the free, independent voice of Dallas, and we'd like to keep it that way. With local media under siege, it's more important than ever for us to rally support behind funding our local journalism. You can help by participating in our "I Support" program, allowing us to keep offering readers access to our incisive coverage of local news, food and culture with no paywalls.
Make a one-time donation today for as little as $1.