Daisy Eagan, Tony Winner at 11, Tells Why It's Hard to Play an Unlikeable Character in The Humans 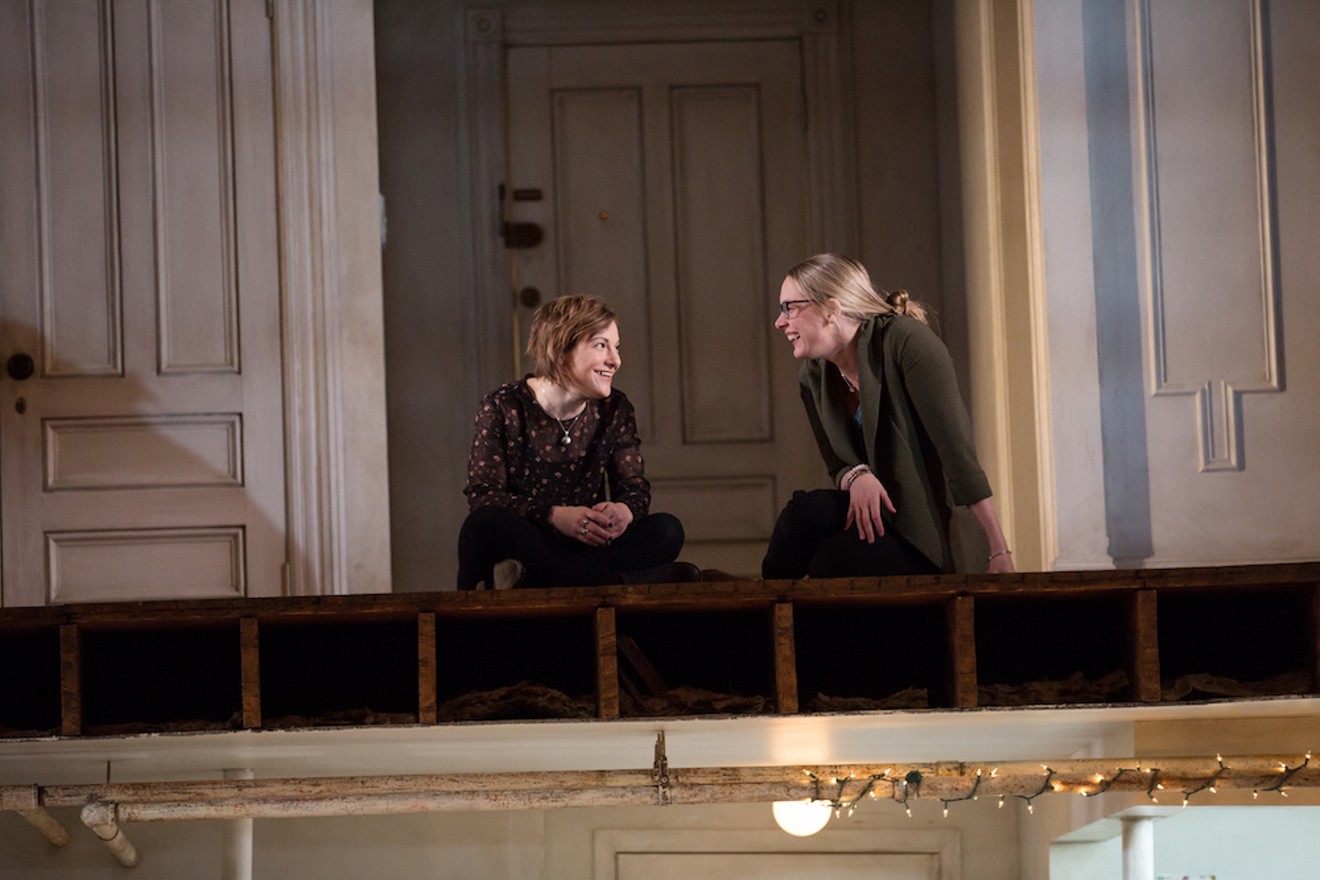 Daisy Eagan began acting when she was 9 years old. Just two years later in 1991, Eagan became the youngest recipient of a Tony Award for her performance in the musical The Secret Garden. On May 8, Eagan comes to Dallas to perform in The Humans, the 2016 Tony Award-winning play written by Stephen Karam.

Eagan grew up in a working class neighborhood in Brooklyn. Like far too many kids, Eagan was bullied in school and began to see herself as an outcast. Her dad had been an actor when he was younger, and Eagan remembers seeing him perform and thinking that acting could be a way for her to "disappear into a different person." Her parents were reluctant, but when Eagan auditioned for a part in a musical called Tiny Tim’s Christmas Carol at the Brooklyn Academy of Music, she got the role of Tiny Tim; her father played Bob Cratchit. It quickly became apparent that she had talent and her next role was in Les Miserables. Within two years, Eagan was winning a Tony and "went from being an outcast to being the toast of the town."

Twenty-seven years later, people still remember Eagan as Mary Lennox, the 10-year-old heroine of The Secret Garden who overcomes the trauma of losing her entire family.

"It is beautiful that the show meant so much to so many people," Eagan says.

While it does seem odd to Eagan that fans act surprised that she has grown up, she really appreciates that many people, "especially gay men who were struggling with coming out" tell her that they found comfort when listening to the cast recording of The Secret Garden.


"Some nights I leave the theater thinking they hate Brigid, but that’s part of the job. And I wouldn’t trade it for anything." – Daisy Eagan


When Eagan was 11 years old, just three months after she won the Tony, her mother was diagnosed with terminal cancer. Eagan says she learned coping skills when playing the role of a young girl struggling with tremendous loss.

"Acting was then and continues to be a tremendous source of healing," she says.

In 2016, Eagan played the chambermaid Martha in a reworking of The Secret Garden. Eagan felt that the role "allowed her to give her child-self a hug."

In The Humans, Eagan plays Brigid, an opinionated 26-year-old woman that Eagan explains "can be difficult."

"It's my job to try to get the audience to feel some compassion for Brigid," she says. "Hopefully, people can remember back to their mid-20s when they thought they knew everything."

In spite of her best efforts, Eagan doesn't always feel like she wins.

"Some nights I leave the theater thinking they hate Brigid, but that’s part of the job," she says. "And I wouldn’t trade it for anything."

Even though Eagan began her 29-year career in musical theater, she considers herself a writer and actress who sings. In mid-June, she will finish the eight-month, 12-city tour of The Humans and return home to NYC where she will write a comedy show that she and a partner will perform at the Laurie Beechman Theatre.

The Humans is in Dallas on May 8-20 at AT&T Performing Arts Center. Tickets start at $35.