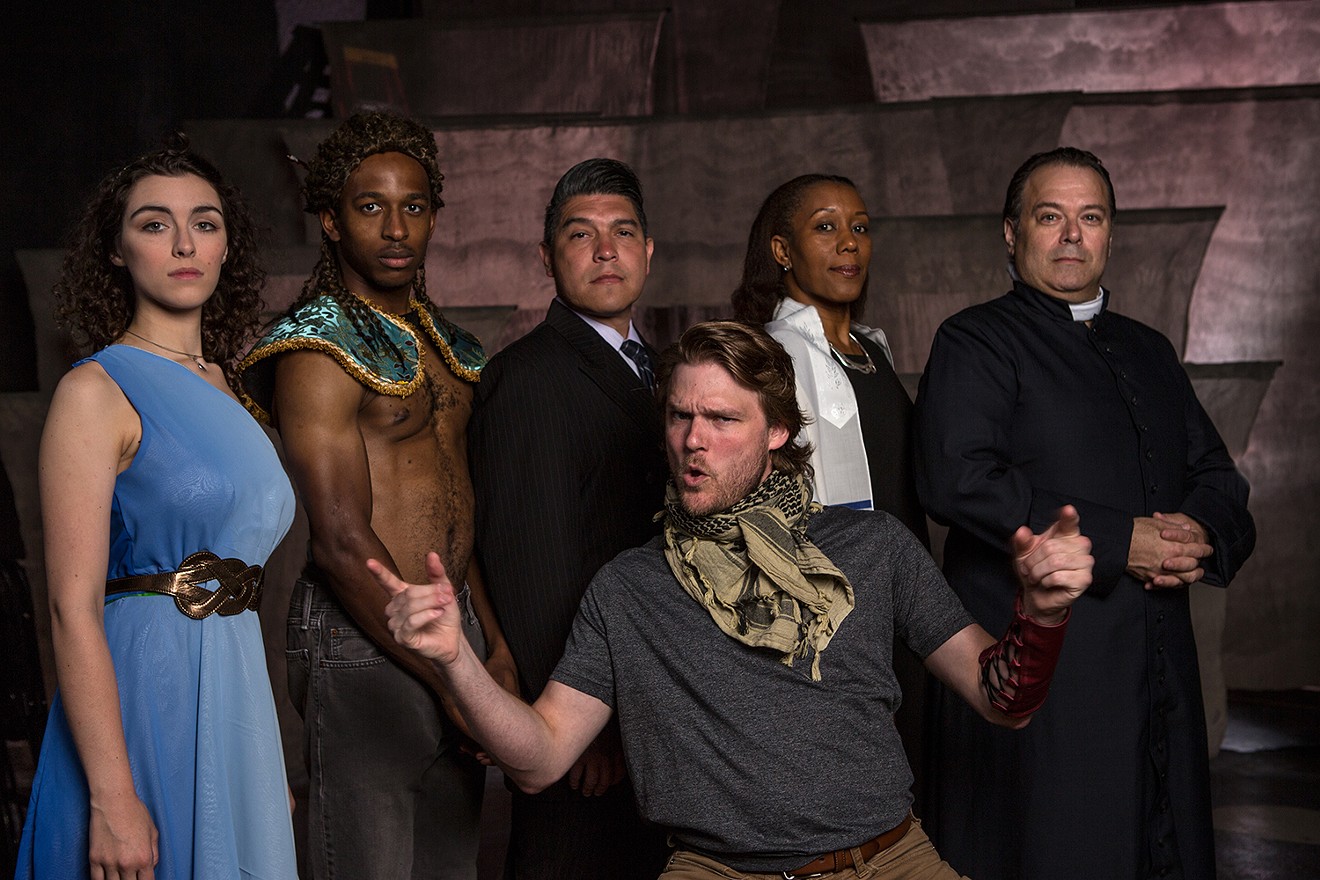 From left: Cora Grace Winstead as Ariadne, Darren McElroy as The Minotaur, David Lugo as Lawyer, Kyle Igneczi as Theseus, Renee Jones as Rabbi and Randy Pearlman as Priest will perform in The Minotaur. Jeffrey Schmidt
In Greek mythology, the Minotaur was a creature with the body of a man and the head of a bull. It was the offspring of Minos’ wife and a beautiful bull Minos was meant to sacrifice but kept instead. To punish Minos, Poseidon made Minos’ wife fall in love with the bull. Although she loved her hideous offspring, the creature kept devouring humans.


"The Minotaur is a story about perennial challenges we face as human beings — challenges that can be ugly and complicated — but it's told in a beautiful and simple way."

Minos had a labyrinth created to house the Minotaur, where it was later killed by the great hero Theseus.

Seems like a pretty straightforward story, right? Jeff Schmidt disagrees. There is always more to the story, and Anna Ziegler’s modern retelling of the ancient myth hit all the right notes for his first season as artistic director at Theatre Three.

“I was tasked with choosing a new season after the election, and I thought, ‘How do I respond to this?’” Schmidt says.

Schmidt, who is directing The Minotaur, didn’t want to be too heavy-handed. As the new director, it was also important for him to start the season on a positive, hopeful note.

Schmidt was familiar with Ziegler’s most famous play, Photograph 51, but not The Minotaur. A friend encouraged Schmidt to read it, and he knew immediately it was the right choice.

“First of all, the setting is described as ‘any time, any place.’ That’s an invitation to play right there. And the playground is large and perfect for a creative team,” he says. 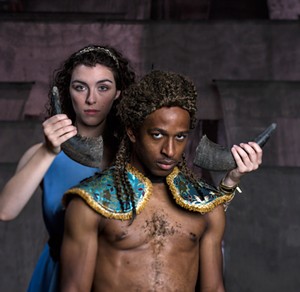 Cora Grace Winstead as Ariadne and Darren McElroy as The Minotaur.
Jeffrey Schmidt
asks the question of how faithful we should be to a story like the myth. The chorus in the play, made up of a lawyer, a priest and a rabbi, insists this story should always be told the same way. The leads in the play have to make their own decisions, however.

Schmidt calls the play a contemporary meditation on love, honor and human connection. The Minotaur’s half-sister, Ariadne, is depicted visiting her brother the monster.

She and the hero Theseus try to break the shackles of their destinies, to change the story that’s always been told about these characters — all while the chorus insists they should do no such thing.

“After reading Anna Ziegler's play, I knew immediately it had to be in the season,” Schmidt says. “It checks off so many boxes for a theater that is heading into a new era. It's a play based on a classic myth but told in a new way, written by a playwright new to our arts community. The Minotaur is a story about perennial challenges we face as human beings — challenges that can be ugly and complicated — but it's told in a beautiful and simple way.

"It’s funny, dark, honest and, most importantly, hopeful. It's storytelling at its best. That's how I want to start my season, by just telling you a new story.”