Everyone complains. Not only is it easy to complain, it’s also popular. Take a look at the comments section of literally anything on the internet and you’ll see groups of strangers complaining to one another. After they finish arguing over which complaint mattered the most, they log off to tell their loved ones about how ridiculous the complaints they read were. A complaint complaint, if you will.

Living in Dallas definitely invites its fair share of grievances, and if you make your home here long enough, you begin to notice most of the complaints about the city fall in the same categories. Even though it comes from a negative place, it’s those minor gripes and inconveniences that bond us as a group. That we don’t like it, we’re going to complain about it, and we’re not going to do anything to solve it, because we’re from Dallas dammit.

Taken straight from the official overstuffed Dallas Observer complaints box, we present the top 10 Things Dallasites Love Complaining About. Read through what we listed. What did we miss? Complain about our oversight to us.

The Weather
There’s a 50/50 chance if the weather in Dallas wasn’t so awful, we as a city would complain far less. It’s not even that the weather can be so irritatingly hot, it’s that it can be so random on top of it. There’s not even much of a point in checking the forecast because the entire city seemingly exists in a snow globe that gets shaken every two hours to create some new oddity. The weather can go from 60, to rainy, to 100-plus degrees, and that’s before you’ve had a chance to put your coffee mug to your lips. The safest bet is to pack three changes of clothes and start your day.

We Don’t All Wear Cowboy Hats
Nothing will piss off a Dallas resident more than meeting someone from a different state and hearing, “Oh, I thought you guys all wore cowboy hats and rode horses.” They always sound disappointed, too, like they wanted to see a Deadwood-esque hellscape of saloon fights and stagecoach robberies, and are let down when they see us walking upright using indoor plumbing. Then we get over it really fast as we take their tourist dollars spent on cowboy hats, belt buckles and a magnet with a cactus on it. 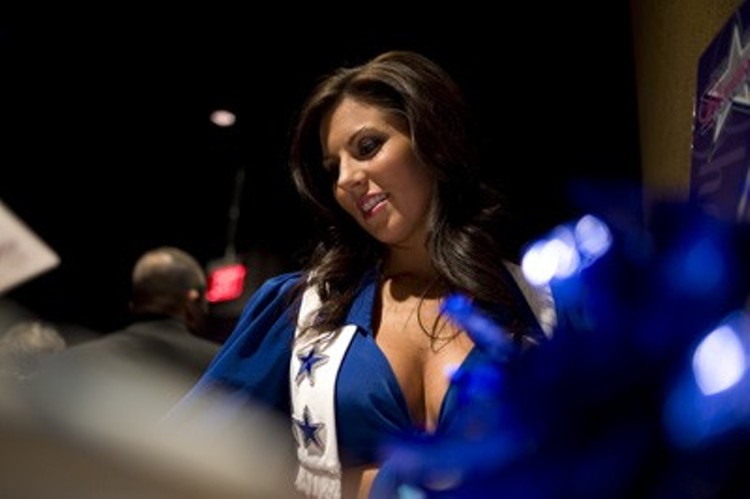 Do people complain about the cheerleaders, though?
Matt Nager

The Dallas Cowboys
Whether you’re at a bar, a library, or a funeral, you will inevitably find someone who will spew hate about the Dallas Cowboys for 20 minutes without taking a breath. They’ll tell you how the coaching is terrible, the owner is a megalomaniac who cares more about himself than the team, how the quarterback is both underrated and terrible, how the team will never recapture the glory from their better years and how they’re an embarrassment to the city. Once they finally stop, you’ll say, “Wow, it sounds like you really hate the Cowboys.” To which they’ll reply, “No I love them. The Cowboys are going all the way this year.”

Pass the Joint, Legally
Every year it seems the murmuring gets louder that it’s time to make marijuana legal. Then the murmuring turns into, “What were we talking about?” Then the murmuring trails off and it’s late for work. The argument that everyone is already doing it here, so we might as well make some tax dollars off it, emboldens and infuriates both the proponents and detractors into sticking stronger by their view of the issue. The fact still remains, though, that many residents are using marijuana in some form, and if people just understood the healthy benefits to … what were we talking about?

Those Fucking Scooters
Everybody hated the bikes. "Oh, look at those bikes being an eyesore allowing people a cheap form of transportation in a city that desperately needs it," they’d say. Then the bikes leave and are replaced with scooters that shoot like rockets from hell across an intersection when you’re about to go through a green light. The bikes might have been ugly, but no one was pulling X-Games tricks near busy traffic when they were lying around by the thousands. It’s like getting rid of an unwanted house guest and they're replaced by a bear.

Freeway Construction
Freeway construction and the traffic it brings with it appear to be a never-ending nuisance. It would be one thing if a project ever seemed to end, that a deadline was reached and now the promised five extra lanes and a waterslide have been added to 635. But it doesn’t because whoever’s nephew that was hired to oversee the damned construction has no financial incentive for it to end. Which even that would be fine because ultimately who cares, corrupt is going to keep corrupting, but stop shutting down three lanes to add one. Why are we even working on freeways? We’re supposed to have flying cars by now. The Purity of Deep Ellum
This could apply to any area of Dallas, but it’s not hard to find someone ready to tell you how Deep Ellum has lost its heart. The area once was all about the music, and now it's candy stores and expensive pie shops. Deep Ellum sold out. The cosmic joke is 10 years from now the next generation will say, “Deep Ellum used to be cool, it had candy stores and pie shops — now it’s just Baby Gaps and a Mazda dealership.” People change, areas change. You go back far enough and there’s probably a group of Native Americans who thought Deep Ellum was at its best when it was wigwams and open fields. But then Deep Ellum sold out with that general store, maaaan. 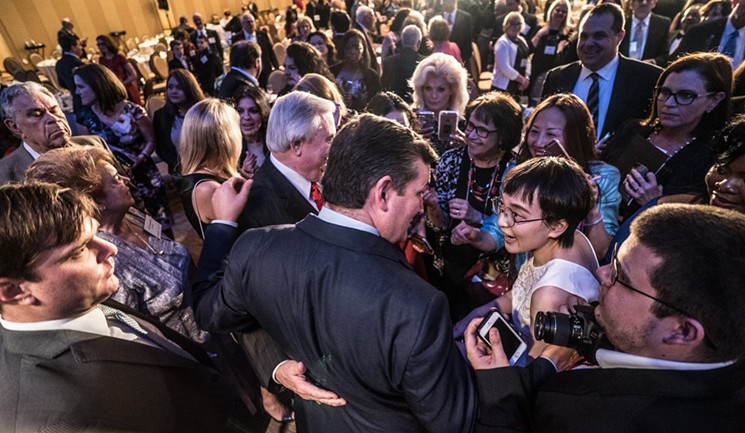 Ted Cruz
Some people complain about Sen. Ted Cruz. They say things like, “Ted Cruz’s face looks like a Halloween mask that doesn’t fit right,” which isn’t a very nice thing to say. Or worse, they say things like, “Ted Cruz couldn’t be a lizard person because even a lizard could fake a human smile that looks genuine.” Those are two very rude things people say about Ted Cruz. Then, people who support Cruz complain about the people complaining about Cruz. It looks like if Cruz weren't around, people would get along much better.

Barbecue Lines
It doesn’t matter how good the barbecue is, the lines are ridiculously long for meat covered in sauce. In the time it takes to get through a peak Pecan Lodge line, you could buy a bull, introduce it to a cow, wait for them to fall in love, have a baby calf, raise it to learn right from wrong and instill a moral compass that leads the calf along in its life to be an example to other calves, watch the calf grow old and die, then cut it apart and cook it. You can do all of that before you get to the end of the line for the kid to say all they have left is sausage. Of course all you have left is sausage; you have it left because everyone said no to the sausage.

Us
No, the Dallas Observer isn’t so vain to think the song is about them, but the media isn’t on anyone’s favorite list right now. There will be a percentage of people who made it this far in the article just to see what would piss them off. We always get it wrong, no matter what the topic. We’re too biased. We’re not biased enough. We implied a lizard is more human than Ted Cruz. We weren’t mean enough to Cruz. But that’s OK. Complaining is OK. Because it means we’re still communicating, and if we keep doing that, maybe we find a way to fix one of the things on this list (except for the weather, obviously).
KEEP THE DALLAS OBSERVER FREE... Since we started the Dallas Observer, it has been defined as the free, independent voice of Dallas, and we'd like to keep it that way. With local media under siege, it's more important than ever for us to rally support behind funding our local journalism. You can help by participating in our "I Support" program, allowing us to keep offering readers access to our incisive coverage of local news, food and culture with no paywalls.
Make a one-time donation today for as little as $1.