The Simon & Garfunkel Story Will Make You a Fan 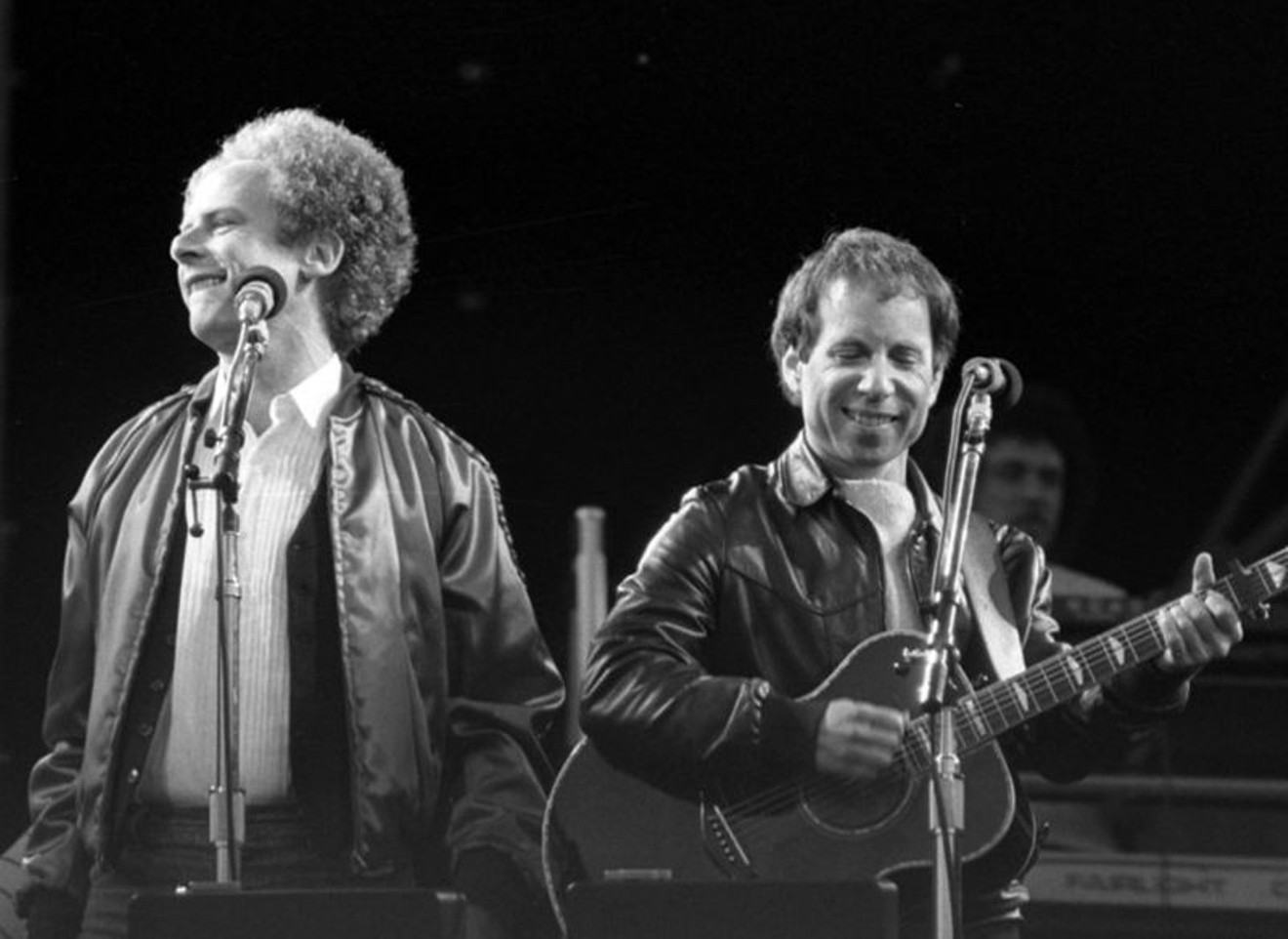 
Simon & Garfunkel’s folk-rock sound was emblematic of much of the music of the 1960s. They made five albums in five years filled with chart-topping hits. They were invited to perform at Woodstock, the seminal musical event of the century. The duo declined because they were “too busy.”

The Simon & Garfunkel Story tells the story of their music. On Wednesday, this immersive theater experience comes to Moody Performance Hall (sketchy weather forced its move from Strauss Square). It features large screen projections behind two actors/singers accompanied by a live band performing the biggest hits of Paul Simon and Art Garfunkel, whose perfect harmonies and folk-inspired sound won them 10 Grammys and an induction into the Rock and Roll Hall of Fame.

Simon & Garfunkel had their first pop hit in 1957 when they released "Hey Schoolgirl" while performing under the name Tom & Jerry. By 1964, they performed using their real names and released their first album, Wednesday Morning, 3 A.M. Between 1964 and 1970, they had a string of hits, "Cecilia," "The Sound of Silence," "Scarborough Fair / Canticle," "The Boxer" and "Homeward Bound." Their song, "Mrs. Robinson," featured in the 1967 film The Graduate, went to No. 1 on the pop charts. They broke up in 1970 after they finished the album Bridge Over Troubled Water, which went on to win Grammys for Record of the Year, Album of the Year, Song of the Year, Best Contemporary Song and won Simon & Garfunkel the award for Best Contemporary Vocal Group.

The Simon & Garfunkel Story premiered in 2015 in London. Actor and performer Dean Elliott conceived the idea and initially played Paul Simon. The show expanded after tremendous success in London’s West End. Elliott continues his direct involvement with the show, which now has two productions. In September, The Simon & Garfunkel Story will begin its second year in the U.S. while continuing to be performed internationally.

Actor, guitarist and singer Taylor Bloom, who plays the role of Paul Simon, explains the structure of The Simon & Garfunkel Story.

“We start with Simon and Garfunkel’s early music, we present chronologically each of their five albums, made over the course of five or six years,” he says.

Bloom insists that it’s not just a tribute act.

“It’s a theatrical show with projected footage that gives context to their music and reveals the history of the time," he says.


“It’s a theatrical show with projected footage that gives context to their music and reveals the history of the time." – Taylor Bloom


The show culminates with video from Simon & Garfunkel’s 1981 concert in Central Park that drew a crowd of 500,000 fans.

After his 50 or so performances of The Simon & Garfunkel Story, Bloom says the show typically attracts older fans who already love the music. Sometimes the duo’s fans bring their kids or grandkids, who can be a tougher sell. But, says Bloom, sometimes they come around — just like he did.

"I didn’t know their music, but now I love every song we play," Bloom says. "I especially love their ballad called 'A Most Peculiar Man.' It really speaks to me; we don’t play it in the show, but I listen to it in the dressing room.”

Last year, Bloom played Paul Simon in more than 50 performances. This year he has a new partner, Ben Cooley, who plays the curly-haired Garfunkel.

“He doesn’t wear a wig; he has corkscrew blond curls, which he lets grow out,” Bloom says.

But Bloom says it’s not about imitating Simon and Garfunkel.

“We basically emcee the show," he says. "We try to emulate rather than impersonate.”

The show is at 8 p.m. tonight at Moody Performance Hall, 2520 Flora St. Tickets start at $29.
KEEP THE DALLAS OBSERVER FREE... Since we started the Dallas Observer, it has been defined as the free, independent voice of Dallas, and we'd like to keep it that way. With local media under siege, it's more important than ever for us to rally support behind funding our local journalism. You can help by participating in our "I Support" program, allowing us to keep offering readers access to our incisive coverage of local news, food and culture with no paywalls.
Make a one-time donation today for as little as $1.