Justin Adian is a Fort Worth native who now makes hybrid painting-sculptures in New York. courtesy Dallas Art Fair
Today the Dallas Art Fair opens to the public, but works by at least six artists are already off the market. For the second year, the Dallas Museum of Art has raised money to acquire works from the fair. The acquisition program is intended to support the visiting galleries who have helped make the Dallas Art Fair a hot destination, and in doing so, strengthen relationships with them.

Yesterday, DMA staff and 200 donors — who this year contributed $100,000, twice last year's sum — spent hours viewing and deliberating over art from 100 exhibiting galleries representing 16 countries. This morning at a press conference at Fashion Industry Gallery, home to the fair through Sunday, DMA senior curator Gavin Delahunty announced the seven works that had been selected.

Justin Adian, "Levelland" (2017) - pictured at top
This Fort Worth native covers foam cushions with oil, enamel and spray paint for an effect that is half-way between painting and sculpture. "His paintings embody a pioneering, if not punk rock, spirit: demonstrating an effervescence, looseness and playfulness in their rebellious composition and unexpected colors," the press release reads. Adian is represented at the fair by New York's Skarsdedt Gallery. 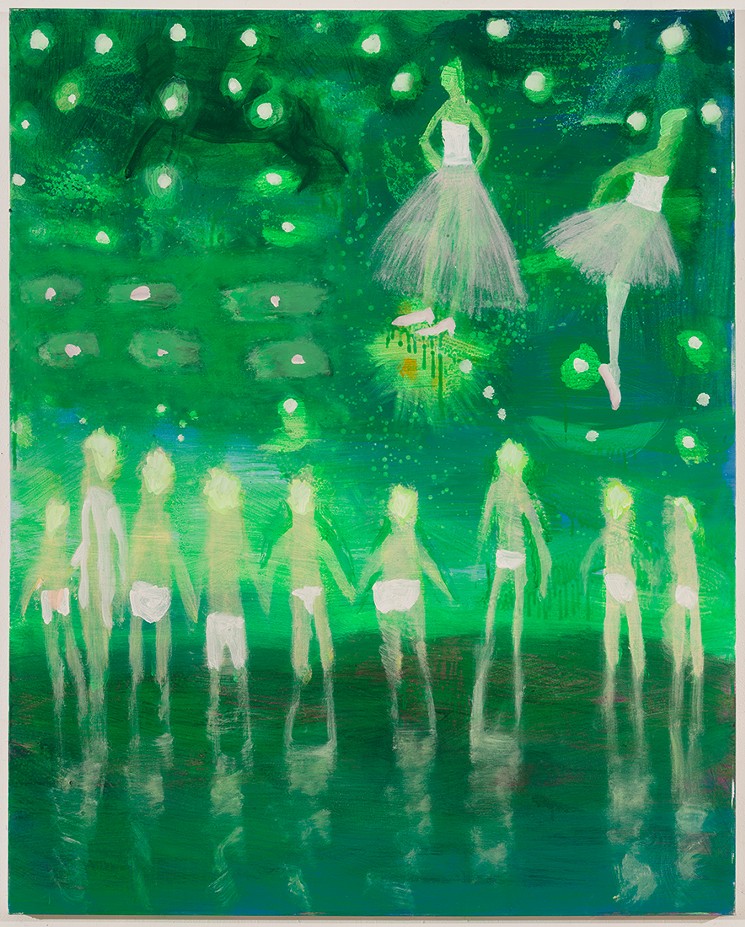 courtesy Dallas Art Fair
Derek Fordjour, "No. 73" (2017) and "What will you do to help us Win?" (2017)
Two autobiographical paintings were selected by Fordjour, an interdisciplinary artist from Memphis. Thursday, Delahunty remarked on being taken with the "violence inherent in the work," which explores Fordjour's Ghanian heritage. He is represented at the Dallas Art Fair by Luce Gallery in Turin, Italy. courtesy Dallas Art Fair
Andrea Galvani, "Llevando una pepita de oro a la velocidad del sonido #10" (2015)
The only photo in the bunch is by Galvani, and it's a stark, black and white, painting-like image of a jet breaking the sound barrier. "It stopped us in our tracks," Delahunty says, who added that because it exists at the intersection of art and science it will be a versatile piece for the museum.

courtesy Dallas Art Fair
Summer Wheat, "Bread Winners" (2017)
Like Adian, Wheat's work is a hybrid of painting and sculpture. Hers was also the largest work purchased by the DMA. Delahunty called the Oklahoma City native one of the "more under the radar" artists they picked — she had her first solo exhibition last year —  and said her "fiber-like" painting is "as puzzling as it is pleasing." New York's Fridman Gallery is showing Wheat's work at the fair. 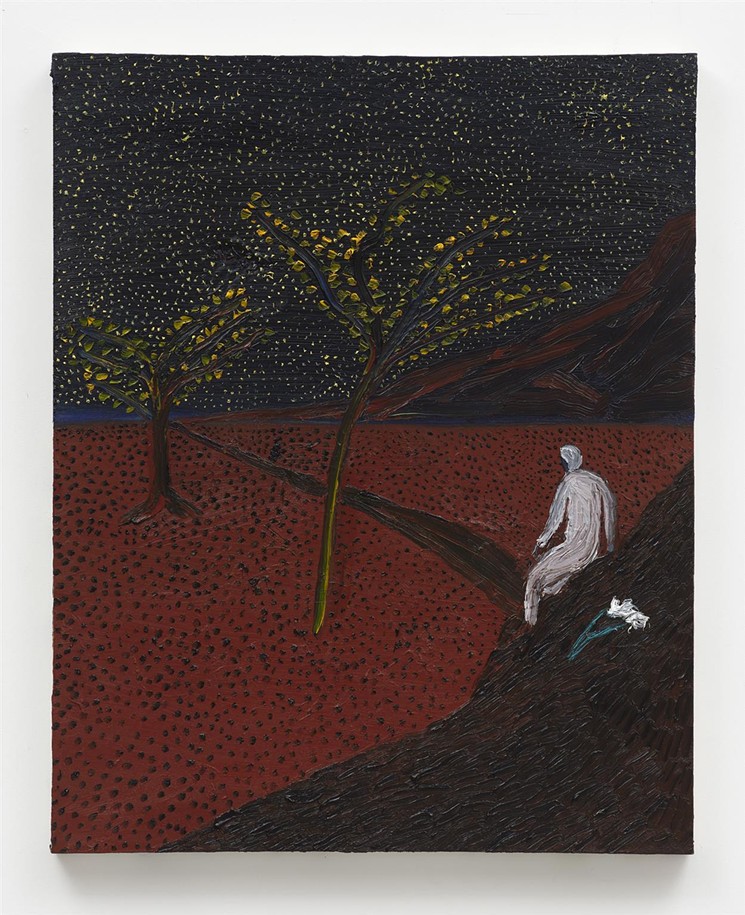 courtesy Dallas Art Fair
Matthew Wong, "The West"
Wong's "beautifully rendered, offbeat" painting was the first discussed and decided on, according to Delahunty. Wong is a Canadian artist living in Hong Kong, whose work is inspired by landscapes, classical Chinese painting and abstract expressionism. At the fair, he's represented by New York's Karma Gallery.

Mayor Pro Tem Monica Alonzo and the DMA's new director, Agustin Arteaga, also spoke at the Thursday press conference. Arteaga, who came to Dallas from Mexico City six months ago, had nice things to say about his new home, as well as his first time participating in the fair, which is expecting 15,000 visitors this weekend.

Alonzo's comments focused more on praise for Mayor Mike Rawlings' support of the arts. Both she and Delahunty encouraged visitors to live it up at parties and restaurants while they're here. "If you're not from Dallas, spend your money before you leave us," Alonzo said.