With Two Weeks Left in Contest, These Are the Deep Ellum Murals Likely to Be Spared

"Social Worship" by Jeremy Biggers is a top contender to stay. via 42 Murals on Instagram
Deep Ellum looks much more vibrant than it did a few years ago. This owes partly to a mural project started by real estate developer Scott Rohrmann in the summer of 2015, which invited local artists to create 42 murals on properties in the neighborhood owned by his company, 42 Real Estate.

Over 200 artists submitted proposals for the first round of the project, and the chosen murals represent a wide range of styles. The cartoonish forms in Jorge Gutierrez's "Viva Deep Ellum" share a block with Steve Hunter's color-blocked portrait of a local storyteller, and a more abstract, technology-inspired work called "Insekta." But any of these could be painted over this spring. 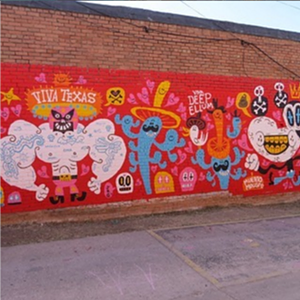 "Viva Deep Ellum" by Jorge Gutierrez
via 42 Murals on Instagram
One of the underlying premises of the 42 Murals was that after a year, Rohrmann and Lesli Marshall, who helped curate the project, would choose a new group of artists and murals to replace them. Submissions for round two are open now through March 15. But if you'll miss passing by a certain mural on your way to a show at Three Links or a bite at AllGood Cafe, there's still a way to save it.

Each of the current murals is posted on 42 Murals' account, @42murals. Vote for your favorites by hitting the "like" button — you can vote for as many as you want — and the three murals with the most likes by 4:42 p.m. Tuesday, Feb. 28, will be spared from becoming blank slates.

Hunter is one artist who's been campaigning on social media to save his mural, which has seen lots of activity in its short life. “I've seen some pretty wild things happen in front of the mural over the last 18 or so months — graduation parties, lots of models posing in front of it," Hunter says. "But the wildest without question was the wedding of two women in front of the mural last summer."

The wedding was officiated by the mural's subject, Rawlins Gilliland,  a poet and storyteller who graced the cover of the Observer's "People Issue" in 2015.

Some of the artists foresee problems with using Instagram to tally votes. "Ultimately I’m happy with the project,” Sarah Reyes, who painted the "Think Ellum" mural on Main Street, says. "I do think it might be difficult for people to find the Instagram ... or to understand the premise of how to vote, but they’re doing what they can.” 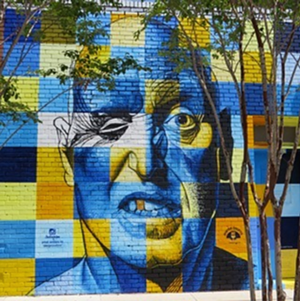 Rawlins Gilliland, the subject of "Deep Rawlins" by Steve Hunter, officiated a wedding in front of the mural last summer.
via 42 Murals on Instagram
The playing field is also uneven since some artists already have a strong online presence and following that can help them earn votes, whereas others do not. Hunter worries that an online popularity contest may not accurately capture fondness for the murals among the people who pace Deep Ellum's streets.

“I have a relatively small Instagram following for @deeprawlins and my business page @huntercreates, some 400-500 followers, so it's obviously very difficult to compete with artists with 10,000 to 20,000 followers. I'm still happy to see 'Deep Rawlins' in the fight, but I’ll admit it's frustrating to know I'm probably going to lose the mural due to more popular artists," Hunter says, adding that even so, he can't think of a better way to organize voting.

The murals in the lead are "Deep Elm" by Michael McPheeters, "Deep Ellumphants" by Adrian Torres and "Social Worship" by Jeremy Biggers, a portrait of local model Allison Ponthier. Biggers' mural was in the lead last week but was pushed out by Torres and McPheeters, the latter of whom came from the bottom after a 1,000-plus surge in votes.

“Any time voting gets to be a popularity contest instead of being based on the merit of the work, it's a little uncomfortable,” Biggers says of the Instagram voting process. “But if you actually care to win you have to ‘play the game.'" 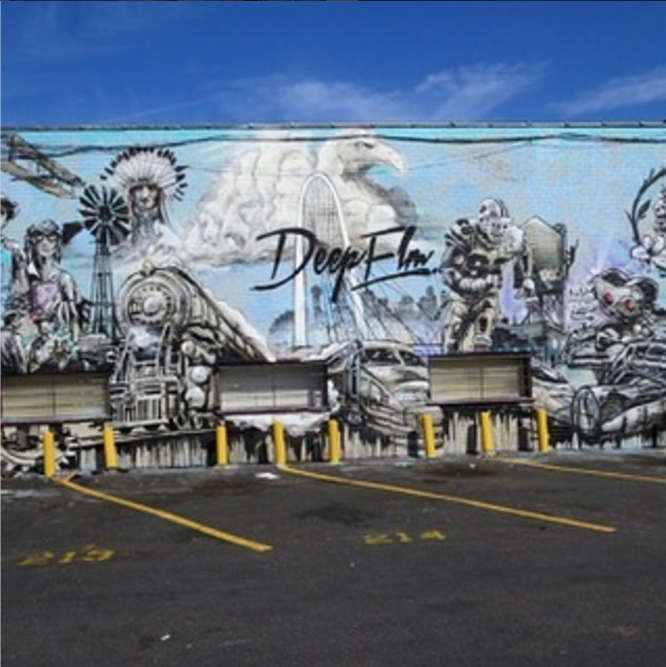 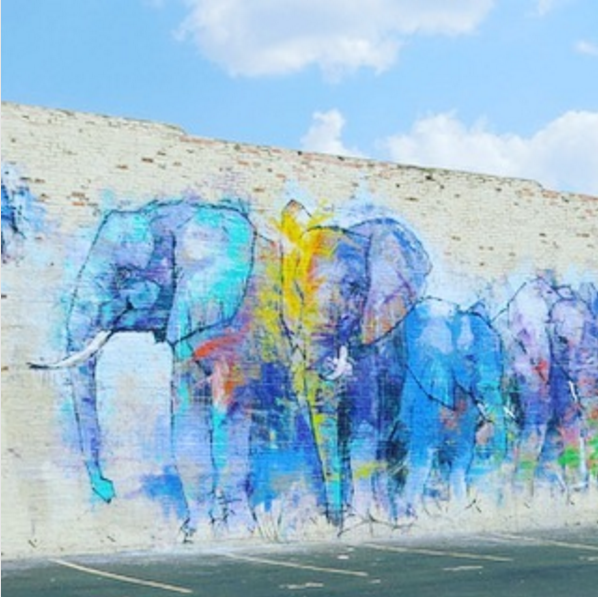 Adrian Torres' "Deep Ellumphants" was the first completed, and it's a favorite to stay.
via 42 Murals on Instagram
As of Monday evening, the full rankings for 42 Murals are as follows:


Click here to vote for your favorite murals on Instagram. To submit a proposal to complete a new mural this year, visit 42murals.com by March 15.