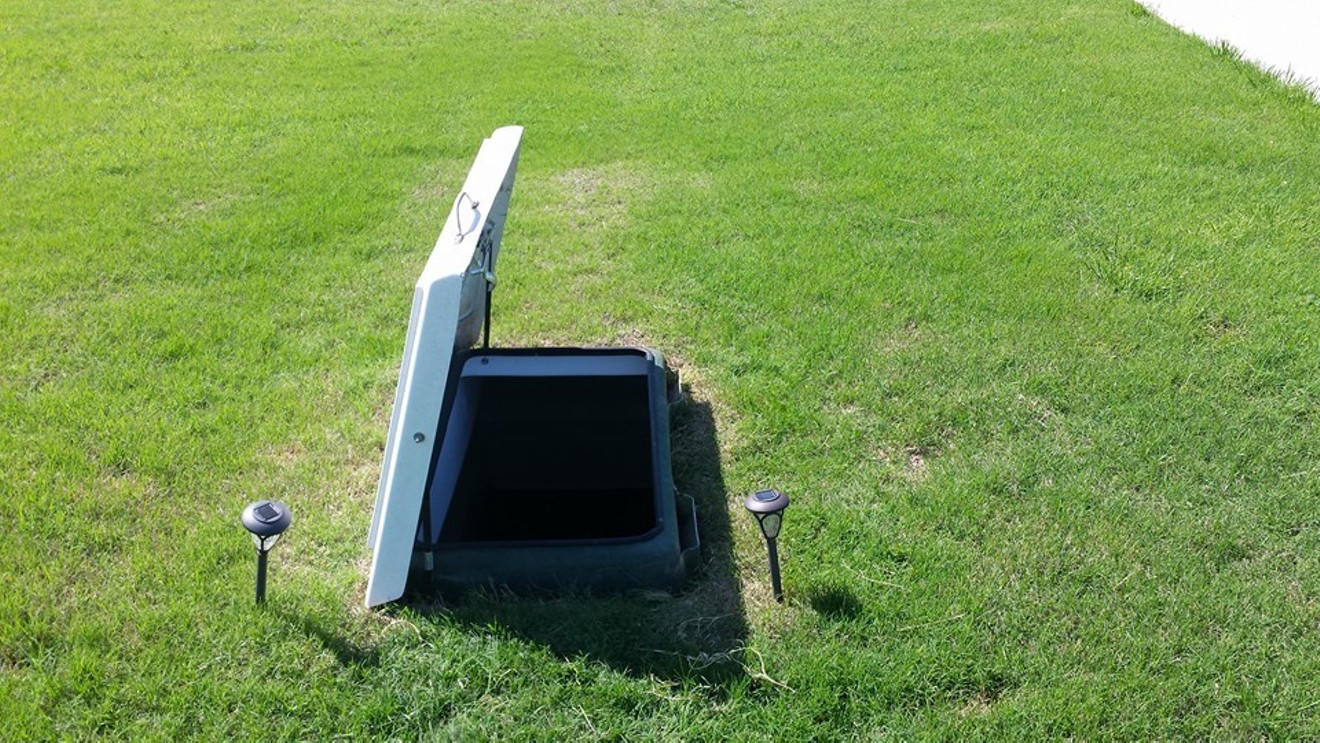 Storm shelters aren’t that common in DFW, even though it’s the largest metropolitan area in “Tornado Alley.” David Gallup believes most people think they won’t be affected. courtesy David Gallup
One of the more entertaining videos on David Gallup’s YouTube channel features two of his young sons hunkering underground and frolicking around what looks like a Soviet-era bomb shelter. But this isn’t the red scare. It’s the first week of busy season for Gallup, the Sherman-based business owner who calls himself the Texas Storm Shelter Guy.

“I’ve gotta take a break first,” he said from Lubbock one morning in his subtle Oklahoma drawl. “I’m sitting here in the parking lot of Panda Express, and I am starving.” In an earlier conversation held the previous evening, he had to make a similar hunger-induced preemption from a different parking lot in another city.

Gallup is constantly on the road, logging 35,000 miles a year to cities across the far corners of Texas, where he installs his custom-built fiberglass storm shelters. “Wherever the hundred dollar bills start stacking up, that’s where I go.”

The Broken Arrow, Oklahoma, native has been in the storm shelter business for only three years, but he’s understood the necessity for them most of his life. Before he started this business, he spent 10 years installing mobile homes.

“That’s the thing, a lot of people in mobile homes, they really need storm shelters, and most of them don’t have one.” His experience working with people who live in mobile homes exposed him to the bleak financial realities many of them faced, and it influenced the sales ethos he espouses today. “There’s no reason, just because you’re not rich, that you shouldn’t be able to have a storm shelter.”


Selecting a storm shelter is a process that can be morbidly compared to deciding on a casket. They come in legions of types, sizes and especially, prices. Modern day storm shelters can go underground, in garages, and in closets and backyards. They can be as small as a 4-by-6-foot safe room in the backyard to a 14-foot-long, 80-inch-wide underground mini-bunker that will pack 20 people inside (albeit on top of one another).

The North Central Texas Council of Governments has a little-advertised program in place with Federal Emergency Management Agency called the Safe Room Rebate Program. Essentially, the rebate covers half the cost of the construction or installation of an individual safe room, up to a reimbursement cap of $3,000.

But its waitlist now contains 11,000 names and was temporarily halted last year because of a lack of funding. People who were accepted into the program had to trudge through an arduous application process covered with red tape even by FEMA standards.

Not all Gallup’s clients come to him because of tornadoes. A sizable portion of the people who approach him do so out of a different fear. Specifically, that the world is coming to an end. The popularity of doomsday prepping — the act of stockpiling food and other essentials in a reinforced, often underground shelter — has spiked in recent months, with phrases like “#Trumpocalypse” becoming Twitter mainstays. 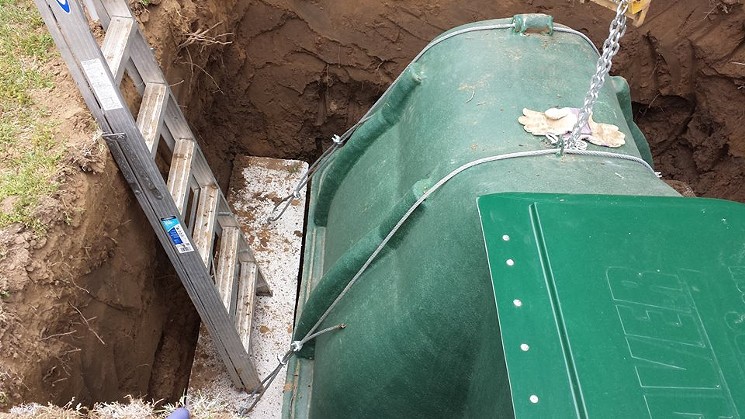 The size of storm shelters can range from 4-by-6-foot safe rooms, to a mini-bunker that can pack in 20 people.
courtesy David Gallup
And in Pearsall, south of San Antonio, a Craigslist seller named Dan was recently hawking used buses ranging from $3,000 to $5,000. “You Know Whose Finger Will Be on the Button,” the advertisement said.
Gallup is incredulous about the trend and its pushers.

“There are always the preppers. There always have been and there always will be. I have people asking me all the time for some way to store their stuff.” He works with them but doesn’t seek them out or try to capitalize on that breed of fear, preferring to keep the focus on what he perceives as the more imminent threat.

After the particularly nasty storms that typically occur from March through June, Gallup says, “My phone will blow up,” but during the months of calmer weather, “sometimes you’d wonder if it even works. I can just take off and go on vacation.”

When asked why he thinks so few people in Dallas/Fort Worth have storm shelters, when it’s the largest metropolitan area in Tornado Alley, Gallup is emphatic.

“Storms don’t bother me per se,” he continues. “I’m the guy that’ll be watching the tornado until it either kills me or I have to go into the storm shelter. Whichever’s first.”