Did anyone really think a decade ago that K104 would survive when "flyjock" Tom Joyner left? The station has not only survived but thrived, and the Morning Team, led by Skip Murphy, is the reason. He is the perfect complement to his team--Sam Putney, Chris Arnold, the Wig and the wonderful Nannette Lee. Each morning is at once an intimate hour before work and a freewheeling jazz-comedy session on the day's news and events. And the music is, ah, off the hizzle, fo' shizzle. Or something. But you already know this: The station is consistently No. 1 or 2 in the Arbitron ratings. Wow. We do something right, after all.

In some ways, this is the easiest pick. So many of the gallery shows we've reviewed were so weak that the images left our memory banks before the next week's paper hit the streets. Indeed, looking back on the last year, there's only one show from which we remember every single work: Modern Appalachia, Photographs Do Not Bend's show of the photographs of Shelby Lee Adams. There are plenty of photography buffs who believe Adams' work, which focuses on the mountain folk of Appalachia, is too predictable, even clichéd. And his lens does catch its share of 15-year-old mothers and dirty urchins. But Adams' real fascination lies with the old folk, fossilized remnants of a centuries-old way of life. The results are spellbinding little pockets of 19th- and even 18th-century Americana that have survived to this day. The subjects themselves, though simple folk, display a startling range of awareness, appearing at once romantic and emotionally naked, playful and utterly serious, vulnerable and shrewd. Despite being taken in difficult circumstances--on tiny farms or shotgun houses or plots of land that ascend straight up the mountainside--the majority of photographs were beautifully composed and lit. This is explosive subject matter, potentially lurid, ethically loaded. Yet Adams didn't go for the cheap or sensational, didn't aim to shock. There were no Goldin-style portraits in the outhouse, no Sturges-style naked backwoods Lolitas, no Mapplethorpesque exploration of the more exotic customs of the "confirmed bachelors" who populate his photos, no suggestion the sheep are scared. But Adams didn't exactly sanitize, either. There was poverty, buffoonery and ignorance aplenty in the resulting silver gelatin prints, along with dignity and tenderness. Adams' photos are affectionate glimpses of human folly.

Besides being geographically miles away from the Dallas Art Dealers Association galleries along Cedar Springs, Fairmount and Routh, Forbidden Gallery and Emporium is miles away from them in its choice of art. Group and solo exhibits highlight artwork shown and collected on both coasts, but rarely seen anywhere else, including Tiki-themed art, Shag's space-age and retro-stylin' illustrations and works by avant-garde and young-buck artists Mark Ryden, Steven Cerio and Frank Kozik. Owner Jason Cohen, who once owned the gallery's Expo Park neighbor Forbidden Books, has established connections in the two and a half years the gallery's been in business and continues to bring in artists pop-culture fans have heard of, but few curators will take a chance on. At Forbidden Gallery and Emporium, "blue hairs" doesn't mean the old lady art collectors seen uptown; there it means punks taking in art you won't find anywhere else in Big D.

Every weekday from noon to 2 p.m., Mitchell entertains a variety of guests--anyone from, say, Alan Dershowitz to Kinky Friedman--and the resulting conversations (they're more than mere interviews) never fail to entertain. Mitchell can hold his own no matter who's on the other side of his microphone, and his show will keep you in your car for a few extra minutes, or maybe make you postpone lunch a half-hour so you won't miss a word. That said, Mitchell wins (again) simply for Anything You Ever Wanted to Know, his every-Friday chance for listeners to find out, um, anything they ever wanted to know. And, no offense, but this is almost a forfeit: Apart from Mitchell and the fine fellas over at The Ticket, when it comes to talk radio in Dallas, you either get bad impersonations of Howard Stern (KYNG-FM, which also happens to have the real Stern) or very good impersonations of corpses (hello, KLIF).

Best Place to See in Black and White

Photographs Do Not Bend Gallery 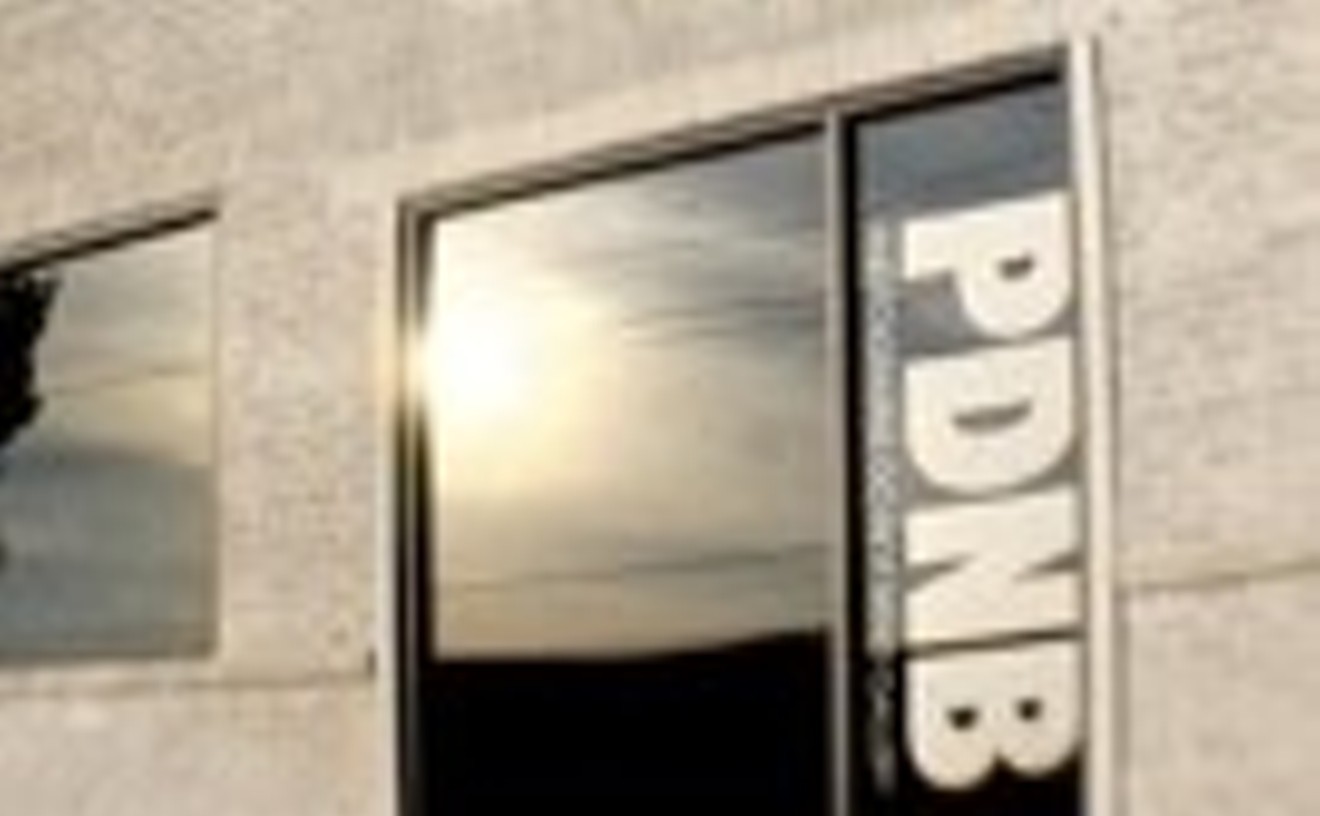 Photographs Do Not Bend offers rotating exhibits of both black-and-white and color photography, pulling from its stable of contemporary, still-producing artists and its extensive and varied archive and creating some of the best examples of the medium through themed or spontaneous exhibits. And, besides exhibiting some of the most intriguing modern and archive photography, PDNB also has a charm most galleries don't. Instead of bare rooms with sterile walls, this gallery is in a little house tucked back on Routh Street with creaky hardwood floors and occasionally a house pet running around.

It sounds a bit oxymoronic, but there really is such a thing as a competent bureaucrat, and he comes in the form of Stan Tungate, who supervises the public access area to the civil and family court records of the district clerk's office. Tungate is not only extremely knowledgeable but remarkably affable--a rare quality in civil servants these days. If a court file or record exists--some go back to 1939--he will find it for you, approaching the task with the determination of a private sleuth. Certainly it's not easy dealing with people who have a limited understanding of what they want (those are just the lawyers), but Tungate handles himself admirably in all situations. Although he dabbled in politics, running unsuccessfully for district clerk a few election cycles ago, his presence as a line supervisor would have been sorely missed.

Don't need much to be a great radio DJ, and Cindy Scull has the most important thing on the list: a voice that sounds like butter and whiskey, and the ability to use it. She's naughty and nice and the only reason to tune in to KEGL; God knows it's not the music. Give her the afternoon-drive slot at The Bone (sorry, Jeff K) and it gets no better.

They call it "The Joy of Learning After 55," and there's proof in the packaging. Seniors who never thought they would darken another classroom door are registering for lecture series on everything from "Opera for Dummies" to computer classes, "Shakespeare on Film" to pottery, photography and estate preservation. For fees that range from $10 to $20, there's something for everyone. And for those 65 and over, the fees are waived. For up-to-date information on the program's offerings, access www.rlc.dcccd.edu/emeritus.htm.

To be a truly innovative judge is a rare thing. It's so much easier just to follow the law, to mete out punishment because it's your job, to have a cuff-'em-and-stuff-'em mentality in order to get re-elected for life. But the drug addict cries out to be treated differently; he is destined to reoffend because he is an addict, sick, committing all manner of crimes to feed his habit. Most judges realize this; Judge John Creuzot was willing to do something about it. He organized what is known locally as DIVERT court, which attempts to deal with the problems of drug offenders through treatment rather than just punishment. Creuzot's street-savvy demeanor made the program work, although he has now turned over the reins to Judge Janice Warder. But with the Legislature finally exploring drug treatment courts in major Texas cities, Judge Creuzot is still working behind the scenes to see this come to pass. Damn refreshing.

Best Place to Beat the Heat 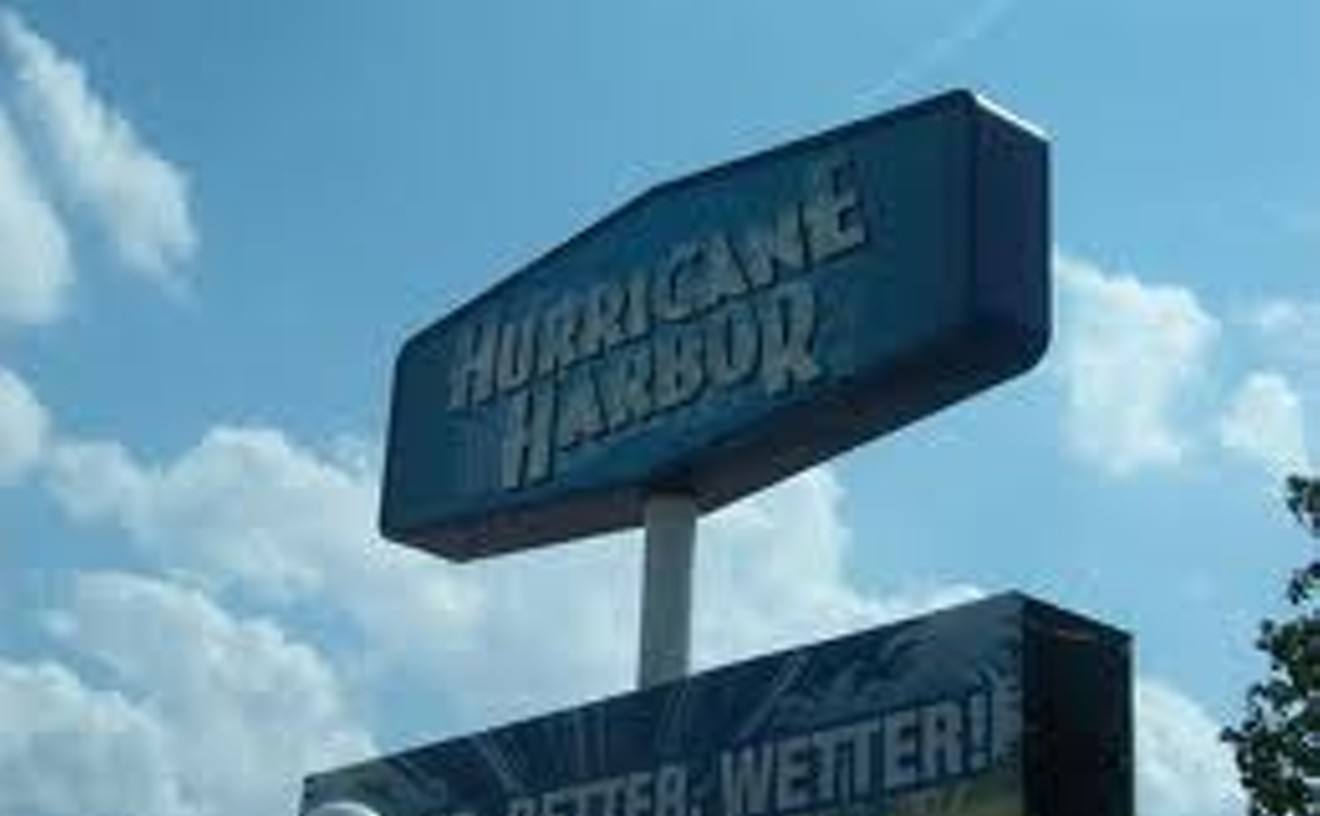 From Memorial Day to Labor Day, we gather defenses, pool resources and try our damnedest to beat the heat. And, though we may win a few battles along the way, the heat always wins the war. You can't beat it, so why not--as the cliché goes--join it. Revel in it. Bake in it. And the best place to do it is Hurricane Harbor, which opens just as the heat kicks into gear and closes as it begins to peter out into fall. The water park offers respite in the form of dozens of slides for the novice and the cowardly to the experienced and the brave, along with a lazy river for floating, pools and a pirate's ship play area for the kids. Though the lines twist up and up for popular rides such as the Black Hole, most of the waiting area is shaded and, with a 500-foot drop into a pool, the payoff is worth the wait.