Nordstrom at the Galleria

Men shop for shoes the opposite of women: the most shoes possible from the fewest possible stores. To get it all done in one stop go straight to Nordstrom at the Galleria. The sandal selection alone is daunting--including Mephisto and Ecco--but the Oxfords go on forever: Nordstrom's store brand, Tommy Bahama, Kenneth Cole Reaction, Cole Haan, Allen-Edmonds and many more. This is it, this is everything.

Say you're, oh, 28 years old, and you still love you some comic books. Your wife? She's never read them, but she likes Barbie dolls. That's how you get her into Zeus Comics, where even the straightest man will be fairly dazzled by the selection of Barbies at the back of the store. That's how we did it, at least. Once there, she discovered the greatness (and, well, geekiness) that is the comic book, and now she wants to go more than we do. Especially since her favorite character, Spider-Man, is all over the place and Zeus is all over it, with more Spidey-related items than a Stan Lee garage sale. That's just for a start: They have everything you want, and plenty of things you didn't know you needed. You're gonna need an entire afternoon. While you're there, ask the staff the name of the cop character in McDonaldland. No, not Mayor McCheese. And get back to us, because it's been killing us.

What with the competition of Amazon.com, peddling books out of retail outlets is becoming a risky business. That explains the arrival of pricey coffee drinks, greeting cards and various doodads that most bookstores now hawk. But for those literary types who still enjoy perusing the aisles in person, Borders offers the widest selection of books in town. That's it. End of story.

This small spiritual/jewelry store offers an affordable selection of therapeutic quartz pyramids. If feeling ill, soak a clear one in a glass of water overnight and drink the water in the morning. Do the same with a blue pyramid if feeling tense and a red pyramid if looking for love. For financial prosperity, pray or meditate in the presence of the clear pyramid with little coins inside.

Best Place to Buy a Spelt Muffin and Spot Celebrities 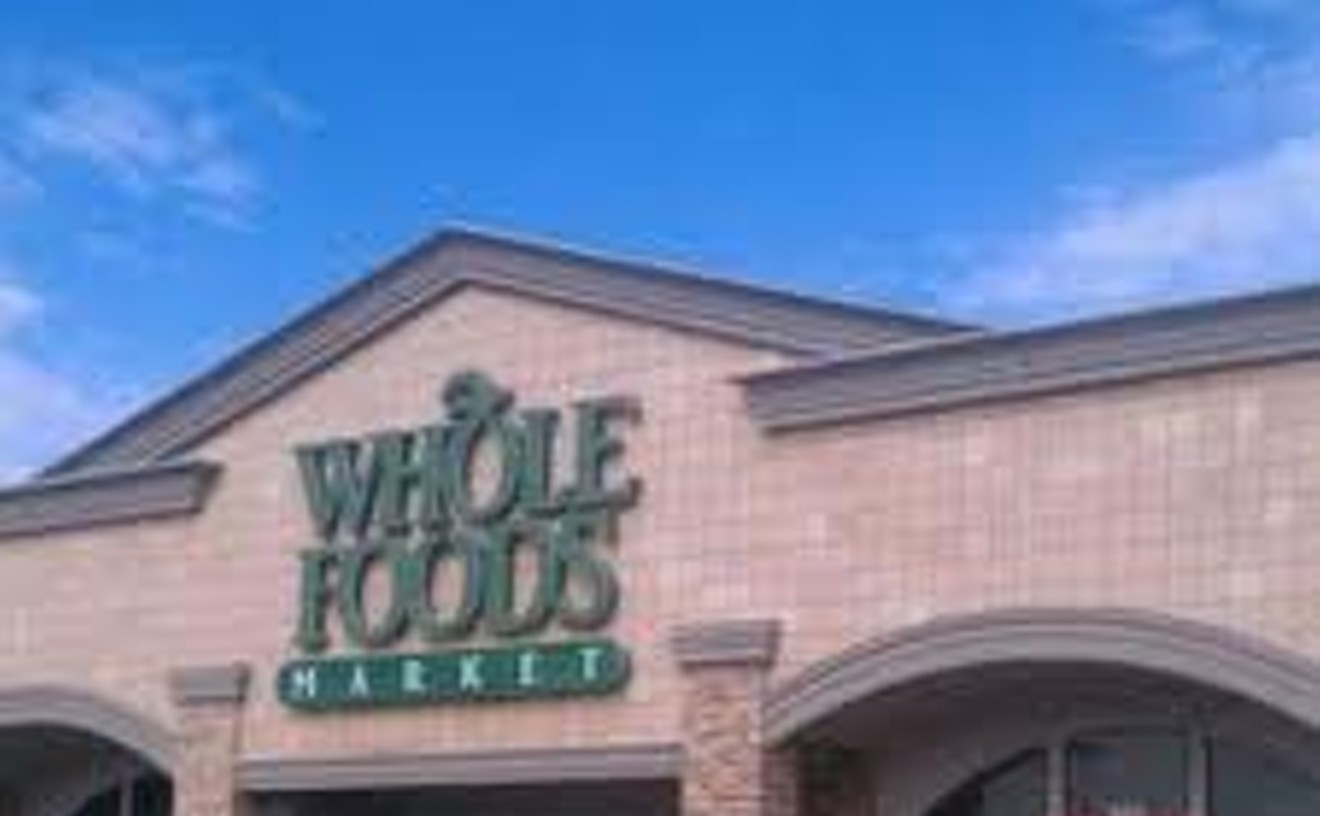 There they were, back when they were still a headline-making couple. Gwyneth Paltrow, dressed in yoga-class togs, and Luke Wilson, squinty and gorgeous, pushing a shopping cart a deux around the aisles just like regular folk. What'd they buy? We peeked. Chips, cookies, imported beer. Real stuff. He paid. He carried the bags to the SUV. She beamed at him with that thousand-watt smile. And not a paparazzo in sight. Golly. Cool or what? Few days later, same Whole Foods Market. Singer-actress Erykah Badu, doing some shopping, notices a shelf of painted lunch boxes. The designs strike her as a tad racist. She marches up to the front desk and lets the manager know her objections. She draws a small crowd, who support her tiny tirade. Ah, the plum little dramas one stumbles upon when all one needs is a pound of organic prunes. 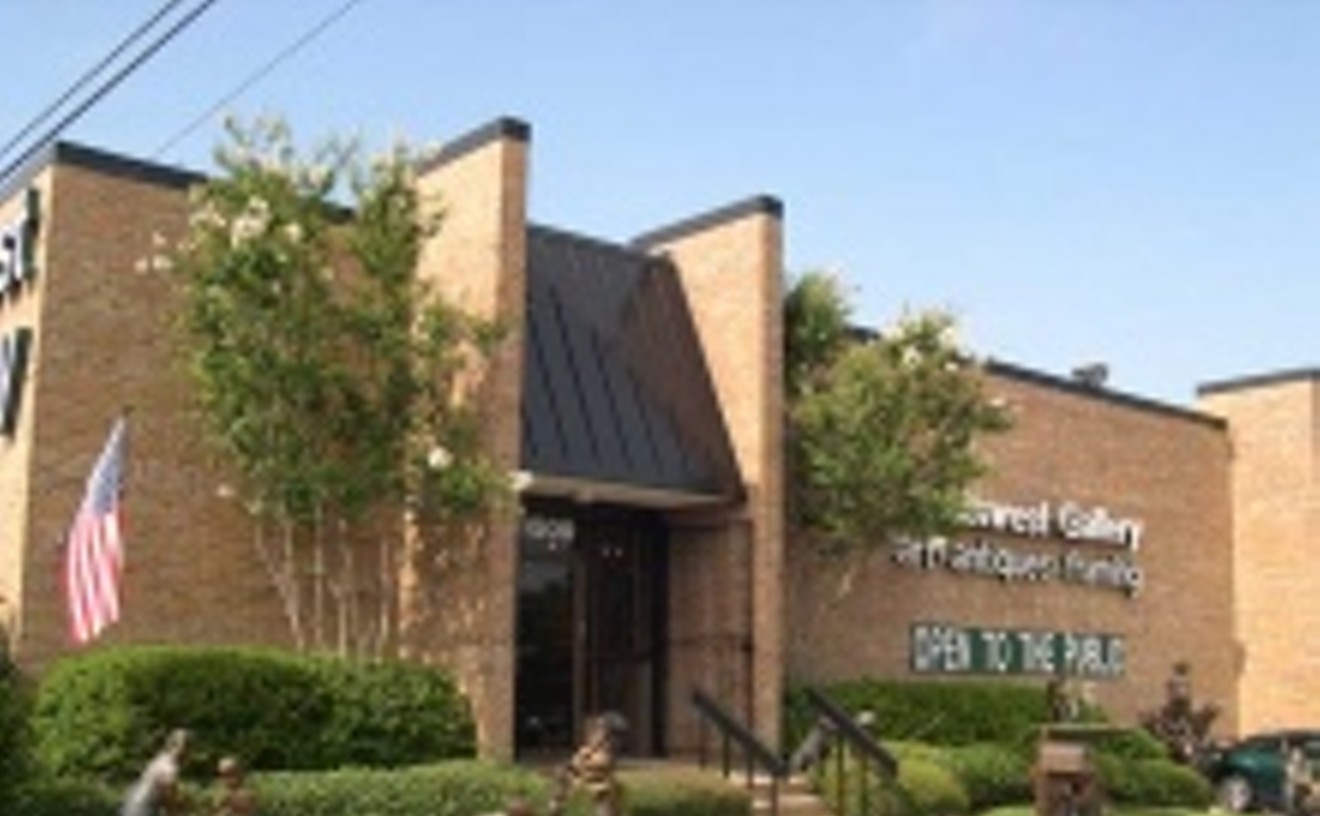 We keep trying out other shops, but we always find ourselves back at Southwest Gallery when we have an important framing project. The reason is simple: The work they do is impeccable. From your end, the most difficult thing about framing is deciding what frame to choose. That's the second area where Southwest Gallery shines: Its staff offers excellent direction in helping you navigate the store's wide selection of frames, making suggestions based on what works best for the art rather than what makes them the most money.

Yeah, yeah, yeah. You Linux users and hard-core Wintel folk are muttering obscenities about what a bunch of techno-idiots we are. You computer studs demand a store that sells the raw materials needed to etch your own circuit boards with your own hands. This store is in a mall for God's sake. You need raw computing power. So what if your machines look like an icebox, though not quite as sexy? Who cares? A large part of the population--those who don't think jumpsuits, white socks with sandals and ZZ Top beards are smokin'--that's who. Style counts, and the Apple Store at Willow Bend mall is the house of style for personal computers. Drenched in blond woods, white walls and mod lighting, the store is a grown-up playground stocked with the latest, hippest iPods, gooseneck iMacs, digital cameras and clear, molded plastic surround-sound speakers. Think The Jetsons, as directed by Ridley Scott. Sure, you won't find all the parts you need to build your own computer from scratch, and maybe the Apples won't play all the latest games, but what would you rather be, cool or functional?

Best Jasmine in a Jiffy

Say, for instance, you are on your way to visit someone in the hospital, you must get there before visiting hours are over and you need a gift. (Not that we've ever procrastinated in such a way.) Get thee to Urban Flowers. Not only are the arrangements absolutely stunning, but the arrangements can be created according to your budget and still be absolutely stunning. The shop also offers unique handmade cards and assorted gifts and the best service you can ask for. The owner even offers that you can call on your way there and tell him what you need and he'll have it ready and waiting.

Best Place to Get Cheap Books

For discount shoppers, the sign on the front of 75% Off Books probably says all it needs to say: Nothing Over $5. And it's no lie, no come-on that's proved false once you get inside. Everything in this place is 75 to 90 percent off the original price, and nothing costs more than $5. The books are all new, too, so there's no yellowed pages or musty smells wafting about. 75% Off Books buys its stock mostly as truckloads of assorted books from publishers. They're either overstock, samples left over from trade shows or books that have been slightly damaged in shipping. So it's not the place to go when you're looking for a specific title, but if you have the time, scour the tables at 75% Off Books; you might discover an armload of gems you didn't even know you needed. The store is also an excellent choice for parents and teachers. Each of the Dallas-area locations has up to 500 titles for children and young adults, and they both accept school district purchase orders. New titles arrive every week, so if you don't find anything on your first visit, keep looking; a second go-round might make all the difference.

These two family-run stores share the same small Oak Cliff space. Wedding and quinceaeras (15th-birthday celebration) dresses line one side, cowboy boots and hats the other. Needless to say, the quality of customer service is much higher here than in a giant, impersonal department store.