Since Scott Murray and his hairpiece moved on to bigger and better things, Dallas has enjoyed a rare period of top-to-bottom quality as far as sports anchors are concerned. It's a likable group of guys who don't try to turn every highlight into their audition reel for SportsCenter. (Though Channel 33's Bob Irzyk comes hauntingly close at times.) In any other city, Channel 5's Newy Scruggs and Channel 4's Mike Doocy would be co-captains of the team, dual yardsticks by which the others are measured. But this isn't any other city. It's Dallas, and Dallas belongs to Dale Hansen. Why? Because of moments like this: While wrapping up his coverage of Quincy Carter's release from the Cowboys, Hansen--clad in his usual training-camp uniform: the ugliest floral-print Hawaiian shirt available--said, "I should've known something was up with Quincy Carter when he saw me in this shirt the other day and asked me if he could smoke it." Then he threw it back to the studio, where an amused (and most likely horrified) John McCaa said, "Only Dale Hansen." Exactly. That's why he's the best.

Best Boating for One

White Rock Lake, as we all know, is one of Dallas' few naturally beautiful spots, along with certain rooftops downtown and Angie Harmon's belly. But the best way to see the lake is from on the water. The best way to do that is either in a sailboat or a one-seater. But who can afford a sailboat? So get yourself to the lake and get yourself in a kayak. KayakPower.com gives lessons for beginners through experts and even offers kids lessons. Not only is it a great way to get in touch with nature, it will give your arms quite a workout.

A-Rod was right: These guys are a bunch of no-talent punks who aren't fit to carry his Prada bag. So what if they turned themselves around. So what if they won many more games without A-Rod than they won with the former A.L. MVP. Right? Uh, right. Sticking with A-Rod's theory--the theory that suggests that all players suck, except him--means that someone outside the lineup must be responsible for the turnaround. And someone is. His name is Buck Showalter. The manager, in only his second year, has "managed"--see what we did there?--to turn a last-place squad into a contender. Considering the pitching staff and the fact that the lineup is pretty much the same as it was a year ago (with one notable exception), we thought we'd give credit where it's due and laud Buck. He's done a fine job. 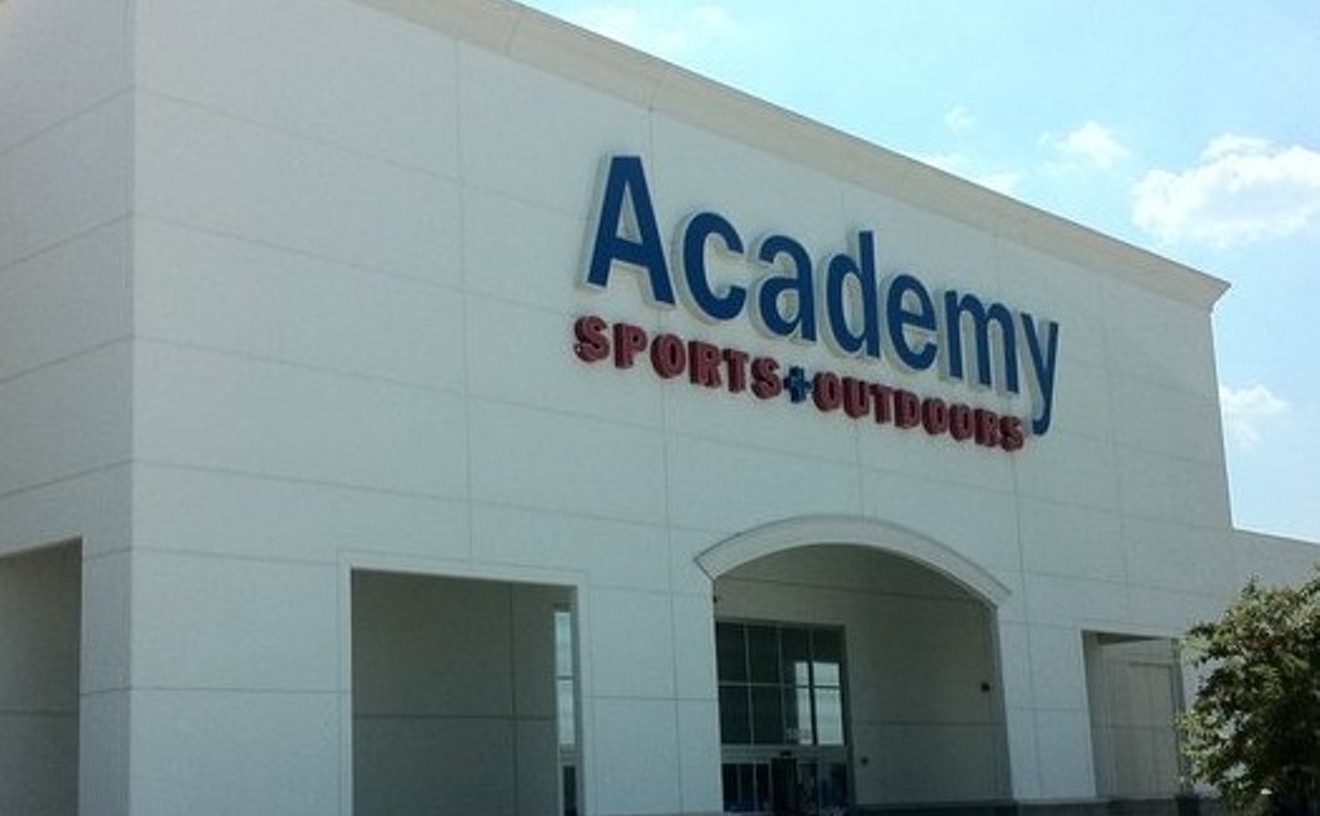 When it comes to sporting goods, you need a place that carries a full spectrum of gear for everyone, from wet-behind-the-ears beginner to grizzled veteran. You want the simple two-person tent you can afford right now while you're still figuring out if you're an outdoors person and the tricked-out eight-person portable hunting lodge that gives you a goal to work up to should you decide that, yes, urinating in the woods is your bag. You want the 10-pound dumbbells for when you're just kind of kicking the tires of the whole "getting into shape" thing and the 20-exercises-in-one albatross that will one day be used as a coat rack when this process comes full circle. You need crappy running shoes and state-of-the-art ones, Styrofoam coolers and iceboxes that rival the Sub-Zero fridge at home, plain-jane cotton workout togs and stuff made out of Gore-Tex and CoolMax and Double Dry. You need a place that has something for every activity that could even tangentially be considered a sport and at every skill level. And that place, my friends, is, as the jingle says, Academy Sports and Outdoors. Academy!

We grew up loving Hoop-It-Up. Started by former D magazine Publisher Terry Murphy nearly two decades ago, it was a weekend that every weekend b-baller looked forward to, a chance to compete in three-man tournaments for bragging rights. But sometime during the past several years, it became an overly commercialized beast, one that had grown too huge and angry to be allowed to live. Even after referees were added, fights seemed inevitable, and the amateur fun and spirit of the enterprise had long ago dissipated. Better to have the memories than the impression made by Hoop-It-Up in its twilight years.

Bowling is one of the few things in life where it is almost impossible to think of a way in which it could be better. After electronic scoring entered the picture, amateur keglers were pretty much set for life. The shoes, the lanes, the pins, the balls--none of it requires any tweaking whatsoever, and, in fact, the enjoyment of the game would be lessened if there were any present. To properly experience the game, a pair of outdated shoes must be rented. The search for the perfect ball must take a minimum of 20 minutes. The next lane must be close in order to properly keep a running commentary of all the fashion/athletic misfortune taking place. The lane attendant must be buzzed over at least once a game to retrieve a ball or dislodge a pin. As John Goodman said in The Big Lebowksi, "Smokey, this is not 'Nam. This is bowling. There are rules." Beyond that, all that's required is exactly what you'll find at Don Carter's: a well-lit place in which to smoke cigarettes and drink beer from cans. A staff that's friendly without being pushy. An ample number of lanes so the wait is short if not nonexistent. A location off a major highway so just the right cross section of locals is present. Like we said, no tweaking necessary.

Athletes come and go all the time. That's the nature of, uh, the game. Generally, it doesn't faze us. Most of the time, actually, we're happy to see them go. Most of the time, the athletes who are on the way out (much like the ones who will replace them) are condescending jerks we'd like to kick in the junk but can't because of our stupid lawyers and their "law concerns." Former Maverick Antawn Jamison wasn't one of those athletes. He was a good guy, always quick with a smile or a kind word. He was a real person, and that was the biggest loss of all. He'll be playing elsewhere next season, but many of us will be rooting for him. Especially our sports columnist, who, we think, has an unhealthy man-crush on the now-departed baller. He's extremely odd that way--our columnist, that is, not Jamison.

Best Rumor That Got Us All Worked Up Over Nothing

Shaq to come to the Dallas Mavericks

Ever since Don Nelson has been a head coach in the NBA, he's lamented the fact that he hasn't had a dominant center. Ever since you've been a Mavericks fan, you've lamented the same thing. And then, just when we all thought we'd die without seeing a true center in a Mavs uniform, rumors began to float that Shaquille O'Neal was coming to town. The Lakers were going to trade him here, people said, because he couldn't play nice with Kobe Bryant. It was a matter of when, not if, people kept saying. But those people were wrong. After a few weeks of reading the newspapers and checking ESPN, we realized something: We'd been duped.

Every off-season around Thanksgiving, the local chapter of the Baseball Writers Association of America votes for a Pitcher of the Year from the Texas Rangers. Last off-season, they chose John Thomson. He is a nice guy, a decent pitcher. He also is a loser, at least that year. Let's be clear on this: The Rangers' best pitcher was a man who went 13-14. He lost 14 games! This may have something, something to do with why the Rangers sucked so tremendously hard in 2003.

In the year that the poker craze went mainstream, Dallas put its stamp on the newest, hottest pastime in America. (Granted, we told you about Texas hold 'em and Dallas' T.J. Cloutier back in 2001, but who's counting?) This year, SMU student David Williams came in second in the World Series of Poker main event, and the millions he won have given him a bankroll so that we'll probably see him on the circuit for years to come. But it's Dallas' sexy poker star who had the best cards dealt her way. Clonie Gowen is one of the big guns behind the Web site FullTiltPoker.com (along with superstars like Phil Ivey and Howard Lederer), she established herself as a player not just in one tournament but throughout the year and, most impressive, she played three times in the weekly poker game of some Dallas Observer staff writers. What higher honor is there?