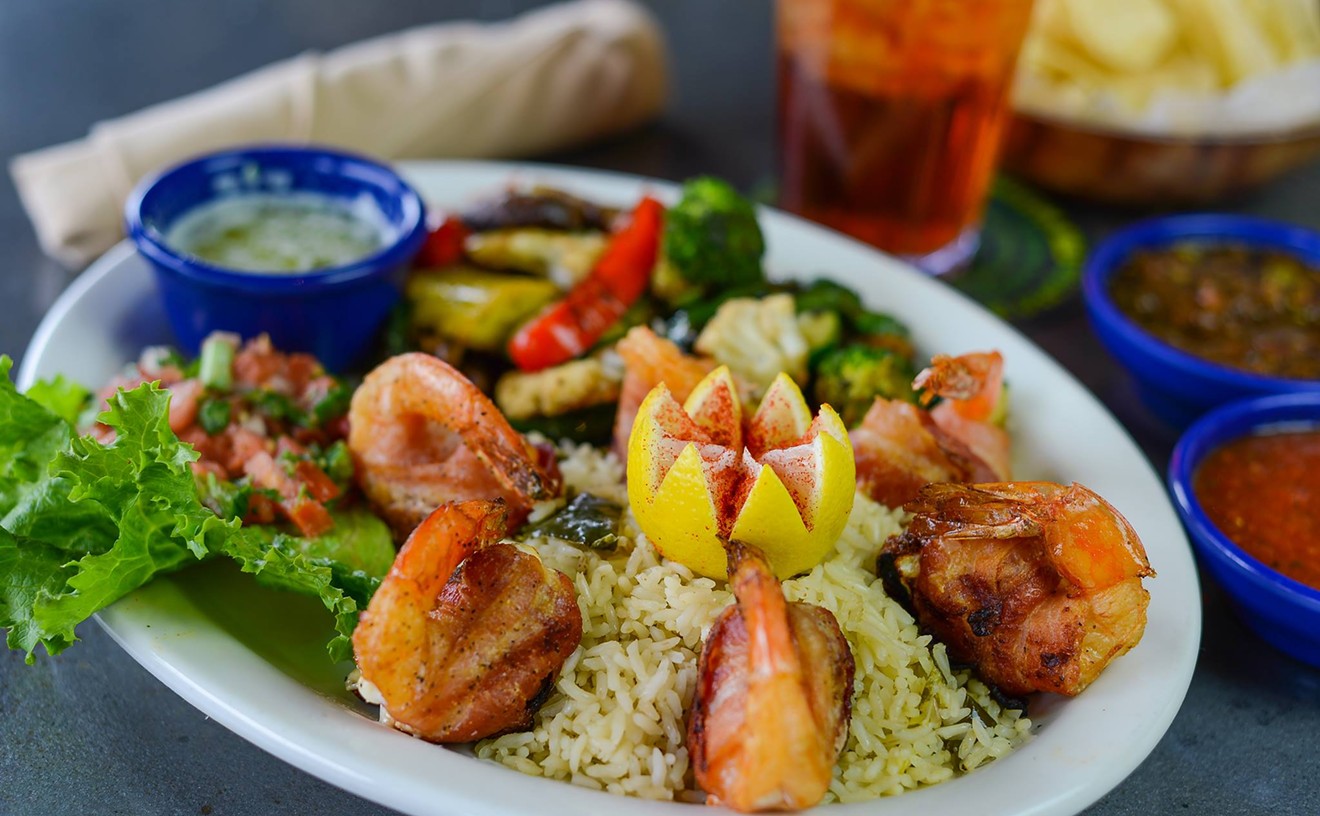 When Mariano's Mexican restaurant lost its lease in the Old Town shopping center, it was a sad day. The birthplace of the frozen margarita would be no more, replaced instead with a Petsmart. They should make historical markers for occasions such as this, but history, alas, is lost on some. Mariano's, however, would not be beaten. It has found new digs on Skillman Street across from Super Target and dubbed itself Mariano's Hacienda. Thankfully, the restaurant continues to serve its famous margarita and its warm salsa and its gooey Tex-Mex. Just when we thought Mariano's was down for the count, it came back to fight another round, and the new place is a knockout.

We picked this category in the summer, when shaved ice is as necessary to survive the August heat as air conditioning, water bottles and Umbro shorts, but the great thing about T&C Shaved Ice is its year-round appeal. If you've ever thought "shaved ice is just shaved ice," then you haven't been to this blink-and-you'll-miss-it shack on Garland Road. The ice is cut so finely and smoothly that you'll want to smear the cold, cold glory on your face. More than 30 syrups (including a delectable take on the orange cream "dreamsicle" flavor) can be mixed and matched, and you can order an ice cream/shaved ice combo cup, too. Oh, and the pours are so masterful that the first sugary bite will be as sweet as the last. Get an ice headache in January or July--it'll taste as great either way, even if you're holding the T&C Styrofoam cup with gloves. 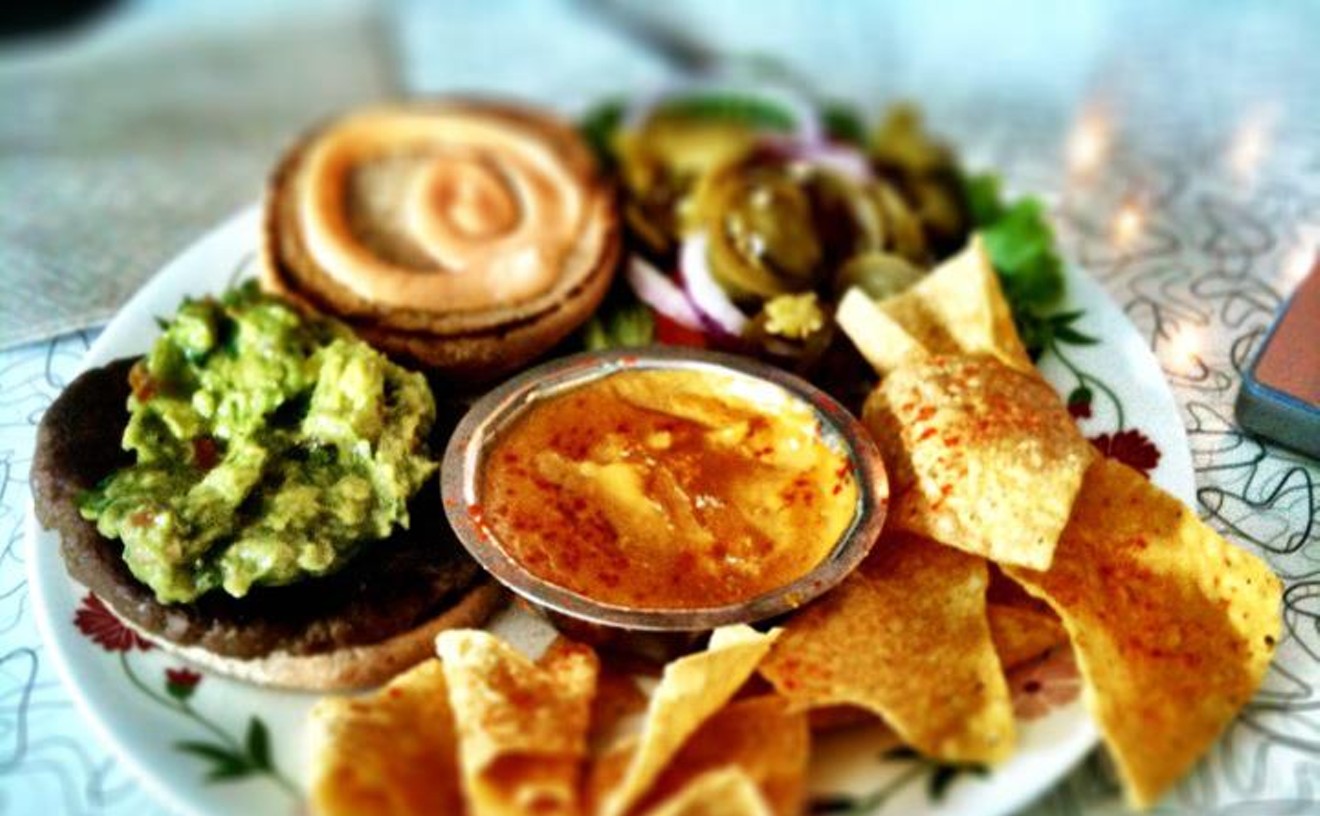 Yeah, we know Spiral Diner is in Fort Worth, and this is Best of Dallas. But that's the point: If you want vegetarian food in Dallas, be prepared for Indian food, Thai food, carb-heavy Chinese food, salad bars or veggie burgers cooked right next to the meat. And let's not forget the refried beans (which may contain lard) and the rice (which may have been made with chicken stock). Spiral Diner is worry-free. It goes beyond vegetarian; it's completely vegan--no "99 percent vegan" or "vegetarian...plus some fish." Spiral Diner has no meat, no eggs, no dairy, no honey, no casein. Just tasty homecookin'. In addition to the obligatory salads and veggie burgers, Spiral Diner's expansive menu includes burritos whose size and contents put Chipotle to shame, a tempeh-based Jamaican Jerk BBQ San'ich and the Nighthawk, a vegetarian-friendly diner dish of tofu "eggs," meatless sausage and toast--a guilt-free version of IHOP. But don't just take our word for it: Last year VegNews Magazine named Spiral Diner one of the 14 best vegetarian restaurants in the country. 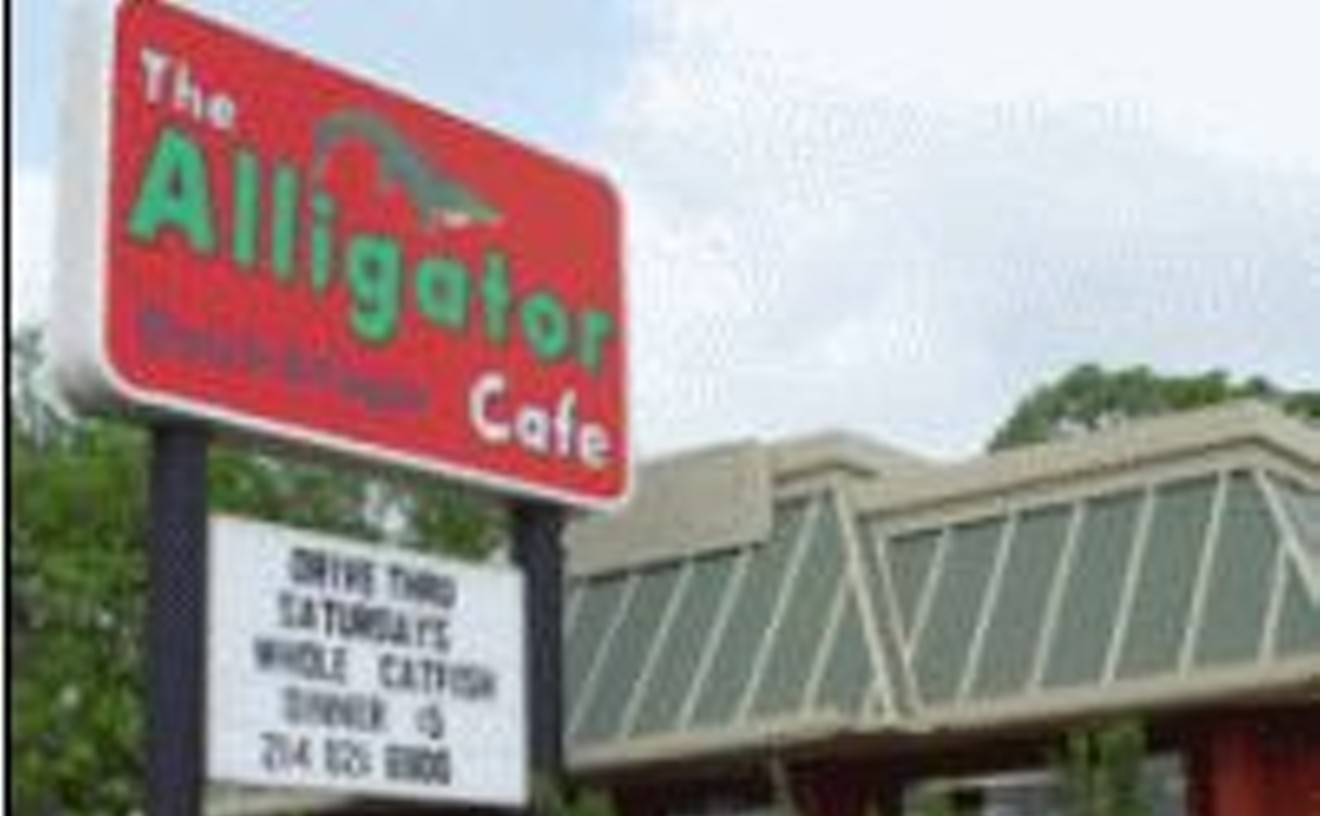 There are people who will come to fisticuffs when debating who makes the best root beer: A&W, Barq's, IBC or Mug. Pedestrian, we say. If you've tasted homemade root beer, nothing manufactured can compare. Thank goodness for Ivan Pugh, the chef at East Dallas' Alligator Café, which makes its own root beer and cream soda at the restaurant. Served from the soda fountain in Styrofoam cups too big for the average car cup holder, Alligator Café's root beer is just right--sweet, but not too sweet, a little bit of a bite. It's so good, in fact, that when the restaurant couldn't obtain a key ingredient recently, people were calling and dropping by the converted KFC just for a root beer update. We get it, man: Accept no substitute.

Sin, when done right, tastes like one of these soft, yeasty, luscious cinnamon buns sticky with creamy caramel, a steal at only $2.50. Chef Bonnie Ruth Ianace makes them only on Saturdays, so that also imbues the buns with an even more illicit cachet. You know you really should be doing something constructive, like cleaning out the garage, but all you want to do is snuggle up with a café au lait and one of these 300-plus calorie babies and stuff your face. Don't wait until Sunday. Not only are there no leftovers, Bonnie Ruth's is closed.

Best Dinner and a Movie

The come-on: For $22.95 per person, you get a three-course dinner plus a ticket to a movie at the Magnolia Theater next door. The catch: You have to arrive for dinner between 4:30 p.m. and 6:30 p.m. Oh, the suffering. This Tuscan-Italian hotspot in the West Village provides the perfect way to impress a first date. Choose one from a list of starters, entrées and desserts. Good choices are the pear-and-goat-cheese salad, grilled salmon with fingerling potatoes, green beans with basil citrus sauce and tiramisu. Then stroll a few doors down and turn in your vouchers for movie tickets. Discussing the menu will get you through the first couple of hours and then a cool documentary will provide new fuel for conversation over cappuccino at an outdoor table. A date doesn't get much more foolproof than this, so don't blow it.

It's casual and crowded, with red gingham tablecloths and lots of noise, but Daddy Jack's is an institution. The chowder is hearty and the grilled fish always fresh, though sometimes pricey. But there's one thing tightwad gourmands can always count on. For years, every Monday through Wednesday, Daddy Jack's has served up Lobster Madness for dinner: $12.95 gets you lobster (tail and one claw), baked potato, a veggie and fresh sourdough bread. Don't even think about going without reservations, and you better arrive before 7:30 p.m. or the cheap crustaceans may all be gone. Then you'll just have to splurge on the jumbo lobster tail. Strap on your bib, grab a fork and guard your dish of melted butter from poachers.

It's a bit disturbing when you slide into a chair at this highly regarded restaurant and spot some kid in kitchen garb shaking hands with patrons. Then you discover he's the chef. Geez, that punk kid with the flipped 'do is the chef. No effin' way. Todd Erickson looks quite a bit younger than 26 but cooks much older. Already he has a reputation for great creativity, preparing familiar dishes with unexpected twists. Try lemon-fig glazed venison or rack of lamb roasted with lavender and coriander. His flavor combinations never obscure the meat or fish, yet always pronounce themselves in support. Even when menu items cause a double take, such as diver scallops on a bed of succotash or fried green tomatoes served with crawfish remoulade, they deserve a try. Think he's a bit over the top? Well, such creative offerings sit on the menu alongside meatloaf, fried chicken livers and a big ol' hamburger. Something for everyone, in other words. The truly odd part: Erickson never ran a restaurant kitchen before stepping through the door at Hector's. Owner Hector Garcia scoured the catering ranks to find Erickson. Now if he could scout around for a good left-handed pitcher.

We've never understood this state's passion for hunks of inferior beef pounded flat with a mallet, dipped in batter, tossed into a frying pan, then drenched in white gravy that resembles that gooey grade-school paste. Yes, we've tried it. No wonder it took Laura Bush so long to find a replacement White House chef; no classically trained culinary artist can bring themselves down to the prez's level. But AllGood Café breaks tradition by starting with decent tenderloin and deep-frying the cut in a vat of peanut oil. This creates a light, crisp, almost tempura-like crust. So light, in fact, that the beef actually stands out. Even better, they use a deft hand when seasoning the thing, so each bite reveals a balance of flavors. A drizzle of gravy completes the dish. It doesn't leave that "I've just guzzled a few pints of melted lard" feeling common to most chicken-fried steaks, so perhaps true Texans shun the dish. For the enlightened few with roots outside the state, the version prepared by AllGood is worth a drive into the heart of Deep Ellum.

Remember when the Boss lamented the sorry state of cable television? You know, "57 channels and nothing's on?" As a dining and nightlife destination, Addison has a similar unfavorable reputation. Despite hosting the area's only authentic British pub (The Londoner), a good Chinese spot (May Dragon) and the best-known comedy club, people refer to Addison as a land lacking originality. Ah, but it's all changing. If you don't believe us, consider Go Fish, an actual chef-driven concept. Sure, it's located in one of those ubiquitous strip shopping centers, but it promises a VIP lounge and other "Dallas" touches. Go Fish is the work of outstanding seafood chef Chris Svalesen. After earning critical acclaim at the late 36 Degrees and very late Lombardi Mare, he may hold the best reputation of any seafood chef in the entire metro area. Yeah, we know Monica's isn't a one-off establishment. Other derivatives (Sambuca, for example) no longer carry the same clout as way back when. With Deep Ellum in the midst of a swoon, however, the suburban version of Monica's may supersede the original location. It's a more intimate space with fresher décor and free parking. Best of all, it sits next door to Svalesen's place.