The Youth Division around here would probably say this honor goes to Bar Belmont or the Lakewood Landing; kids, they like it hip and/or nasty and swear there's little difference anyway. But we're gonna have to agree with Esquire on this: In May, the magazine wrote of the Inwood Lounge that it "smells like gin, smoke, and warmed-up celluloid" and that its "key-shaped bar is the most inviting in the city." At the time, we were skeptical of the magazine's choice of so obvious a destination; surely, we figured, some place such as the Double Wide, the Old Monk, the Ginger Man, the Slip Inn, the Grapevine or Lee Harvey's would do Dallas a little better than the old stand-by that's been given a recent rehab by owners Mark C. and Todd W. So we went to every one of those joints in the interim, and more, and came away realizing, yeah, we took for granted our old home-away-from-home and need to visit the place more often. The martinis are as good as they've ever been, and trends be damned, it's still the coziest joint in town in which to sink into a sofa or melt into the water wall upon which we've tried to lean a few too many times. 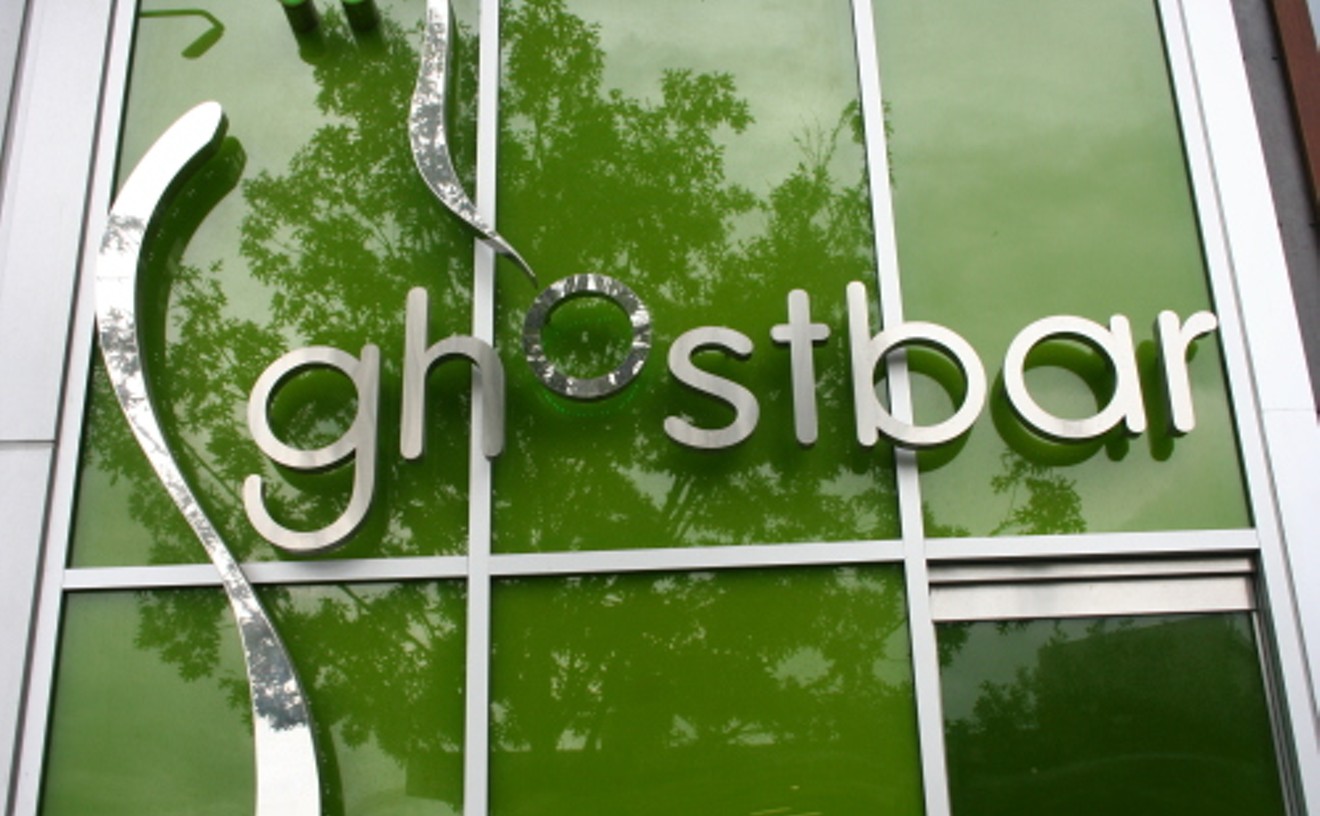 And our readers pick....

We asked your opinions on this one, and except for the usual load of ballot stuffers--you know who you are--we received any number of different answers. A couple of people suggested some version of "Best Fight Against Corporate America" for local coffeehouse Standard & Pours' trademark battle against financial services giant Standard & Poor's. (See our best coffeehouse entry). Oddly, their suggestions were all worded exactly alike. Oh, well, we like you anyway, S&P Coffee. There were a few shouts-out to local businesses, a few things we might include next year. (Best Open Mike Night--why didn't we think of that?) But our favorite choice in this category received exactly one vote from a reader. We think you'll agree it's a good one: "Best overall place to hang out when you get back home from being active duty: every single place I just listed." Well, you certainly sound glad to be back, and we know we're glad to have you back. Maybe we'll include that category next year in hope that it gets tons of votes from every single Dallas service man and woman now in Iraq and Afghanistan.

A certain testosterone-influenced contingent at the Observer would give Angela Hunt the nod for this award, and while she's a good council representative, our heart--as opposed to other body parts--belongs to Mitchell. Why? He's rich, so he's beholden to no one; his business is development, so he actually knows something about how the city works, or doesn't work; he treats tax dollars like they belong to the people who pay them; but best of all, he's so damn cranky. Watching Rasansky's face at council meetings as city staffers give convoluted non-answers to questions he poses is a delight. He looks like he's about that close to jumping up and giving someone a good shake. The man appears to live in a continual state of pissed-offness, an entirely reasonable reaction by any sane person sitting on either side of the council table. Besides, with Laura Miller heading off to enjoy the delights of motherhood next year (yeah, right), Rasansky is destined to become the one in a series of 14-1 council votes, and here at the Observer our motto is, "If 14 council members agree with a decision, it must be wrong." That makes Rasansky right more often than not.

Two words: spray park. One more word: free. Really, of all the city-owned-and-operated rec centers, this is probably the nicest joint in the inventory, with a kinda-sorta-not-really sprawling water park for the kiddies, unusually refreshing summertime breezes for the folks and a DART train running nearby to entertain the whole family when it gets a little too waterlogged. And there's the usual playground, which only serves to further wear out the tykes just when you want the break; on-the-way-home naps ain't out of the ordinary after we visit.

Best Design on a Dime

Do you believe that a space can be aesthetically pleasing and still serve a purpose? Do you believe that good design can be achieved on a limited budget? Architectural designer Keith Petersen does, and damn, are we glad to hear it from someone local and not on HGTV. Petersen has taken the plunge and gone into business for himself. His first major solo project is the interior design and finish-out of the new Gachet Coffee Lounge at Victory Plaza (due to open in December). He's keeping with the modern development but taking pains to avoid a dystopian cold feel. "It's a space thought out for living," he says of the lounge, which will include a small bookstore. "You're supposed to enjoy what you do there." Finally, a designer who understands that people actually live in what he designs. Petersen notes that he takes inspiration from Christopher Alexander, Jane Jacobs and Tadao Ando and aims to use common design elements and materials in an unusual way. Could it behe's(gasp)creative and cost-conscious?

You're saying to yourself, "Various locations? How's that possible since I haven't even heard of the place?" Well, really, there are three of these water parks scattered throughout the area: in The Colony, Garland and near Executive Airport (known to the rest of us as Red Bird Airport). So there. Guess you don't have kids; shame. Then you would never know the joy of this luxurious H2O retreat that's about as decadent as you can get whilst still being ever-so-close to the Almighty. See, this place is full of the holy water; says so on the Web site, which says that HF's "relationship with God is our most important priority. Every part of our business is considered through this prism. Our goal is to draw closer to the Lord and to serve Him." Amazingly, that's the same mission of every Dallas Observer staffer; maybe that's why we love the Falls so, where workers are called "ambassadors" and serving hot dogs is the same as serving God. Whatever. The kids like it, and it does answer the age-old question: Where would Jesus take the kids to swim? We dare you: Have a bar mitzvah party there. C'mon. It'll be fun.

English teacher by day, comic book writer by night, David Hopkins creates true-to-life characters with remarkable powers that sometimes even they don't understand. The Arlington native released his second series, Emily Edison, through Irving's Viper Comics last summer. Though Emily is a story about a teenage super-heroine geared toward an all-ages audience, Hopkins didn't scrimp on the real-life drama in the series, putting superhero Emily between two feuding parents. It'd be kinda creepy that Hopkins could write a 15-year-old girl so well if he weren't such a swell guy. His inquisitive mind also hatched 2005's excellent graphic novel series Karma Incorporated, about a "non-lethal hit squad" who hire out their services to make others' lives miserable. Teenage girls and revenge. Honestly, what else would you want on an underground comic's mind?