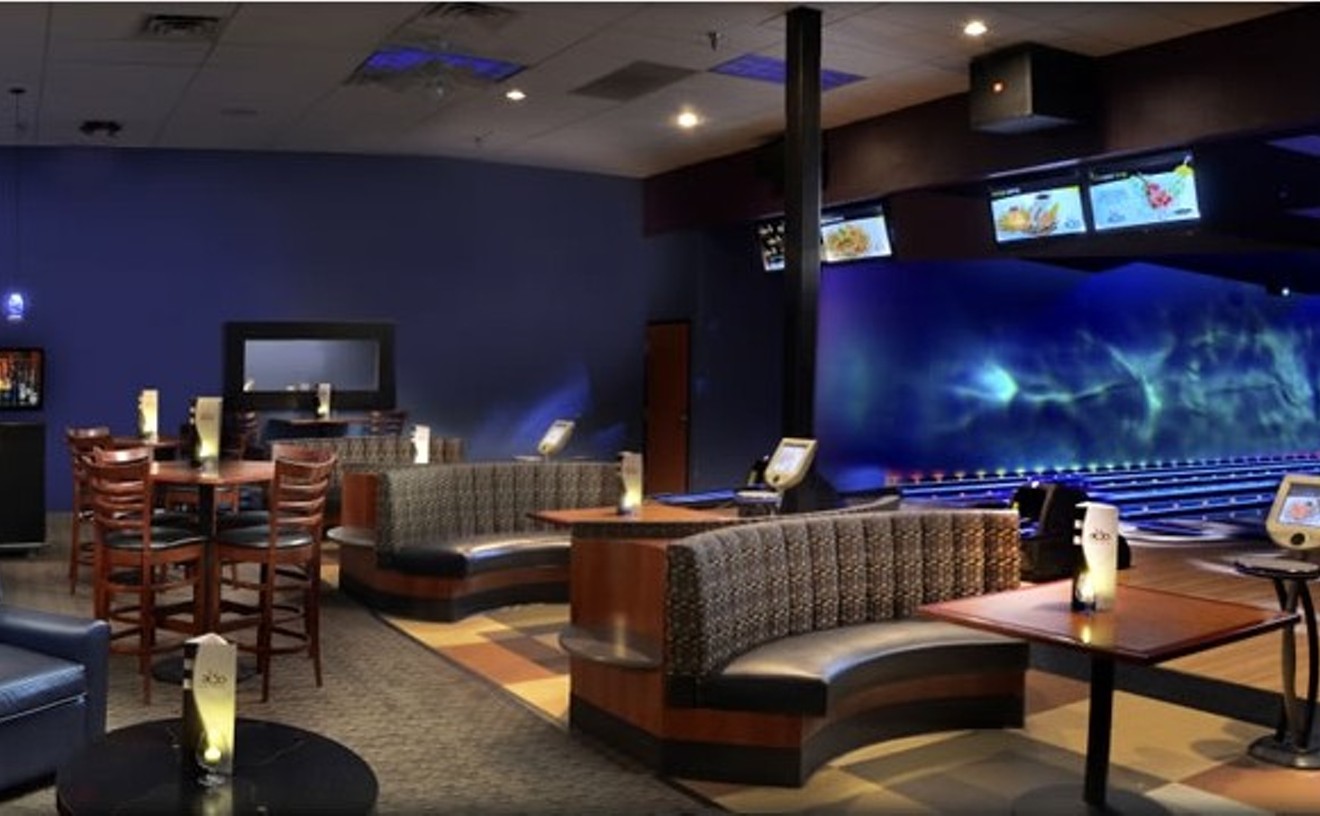 The Exposure indoor rock climbing gym has been in its current spot since 1994, and it shows. The concrete floor is cracking in places, the paint looks old, but it's still the best climbing gym in Dallas. Want proof? This is where climbers who work at other gyms come when they want a challenge. The gym is also home to Kyle Clinkscales, coach of the three-time defending national champion youth climbing team. His adult team has also won the national championship. Coach Kyle has designed many of the routes, which means Exposure has a little bit of something for everyone, from the novice climber to the veteran looking for a challenge or a little bit of practice.

Best Place
to Get Muddy

There aren't that many spots in the city where you can truly get muddy. That's why bikers, hikers and even birders cherish the miles of trail along the Trinity in L.B. Houston Park. Ignore the golf course and tennis courts and head straight into the woods. What you get is a shady (and after a rain, usually muddy) hike that twists and turns through trees, along the river bank and across open meadows. The route is flat, the trailhead is easy to find, and the path itself is often deserted. It's a surprising stretch of wilderness in the midst of urban sprawl.

Just how gifted is the giant German? Who else could make first-team All-NBA, hang half a hundred on best friend Steve Nash in the Western Conference Finals, lead his team within 4 1/2 quarters of an NBA Championship, reboot the popularity of David Hasselhoff, put Mark Cuban in his place and still somehow call it an empty year? Solidifying himself as one of the best basketball players on the planet, Dirk drastically improved his post-up game and his crunch-time aggressiveness (the driving three-point play over Manu Ginobli in Game 7 against the Spurs is, to this point, his career apex). Just as important, he established himself as the franchise's unapproachable leader. During the WCF trophy presentation he quietly slipped into the background. And after Cuban's embarrassing, debilitating antics in The Finals, Nowitzki publicly warned him to chill it down. A star is almost born.

Mike Rhyner suffered a death in his name. Greg Williams took a mysterious mid-season sabbatical. And Danny Balis walked around crowing about the flask in his pocket. Through it all, KTCK-1310 AM The Ticket's 3 p.m. to 7 p.m. show remained as popular as it is polarizing. To critics, the shallow circus is immature fart drops, time-wasting chatter about personal lives and endless segments based on Corby Davidson ripping headlines from the newspaper. But to its loyal legion of fans--it owns a 3-1 listener edge over its ESPN competition--The Hardline is a perfectly intoxicating mix of locker room and boys' club. From Davidson's uncomfortable questions to Shaquille O'Neal about sucking his mother's teats during the NBA Finals to Rhyner--who no longer responds to the name Rhyner--keeping his anti-Cowboys 'tude by calling Bill Parcells "The New Jersey Con Man," The Hardline's improbable hitting streak lives on. Merkin.

Still? Keith Davis is out lying to police; Jerry Jones is swilling 512,000 gallons of precious water a month; Dwayne Goodrich is in jail; Nate Newton is just out of prison; Larry Allen is in San Francisco; and Michael Irvin is seemingly maintaining his ticket-a-month quota. So, yeah, still. While the Cowboys are in Year 6 in their search to replace him, Aikman spent the summer getting all immortal in the Pro Football Hall of Fame. Since Aikman hung 'em up after the 2000 season, Dallas has stammered through the likes of Anthony Wright, Tony Banks, Ryan Leaf, Quincy Carter, Clint Stoerner, Chad Hutchison and Drew Henson, going 35-44 with zero playoff wins. We get the feeling Stevie Wonder will spot Waldo before the Cowboys find their next franchise quarterback. And considering his status as Fox's No. 1 analyst and his teaming with Roger Staubach to own a NASCAR team, Aikman may be not only the best Cowboy, but the most visible.

You have to give it to Frisco: They think big. Their city hall is a giant faux-Parisian hulk framed by pastures. They have two professional sports franchises when most towns their size are lucky to have a bowling league. And the sculptures at Pizza Hut Park, home of FC Dallas soccer team? Yep, they're big. "Golden Goal," the installation at the south gate, is 32 feet high and weighs 8,500 pounds, yet the rotating sphere-within-a-sphere design still looks delicate, like some ancient alchemist's instrument. "Frisco Flyer," at the north end, is 27 feet high and tips the scales at 12,000 pounds. The winged foot is meant to represent global soccer, and it certainly would take the world's largest cleat.