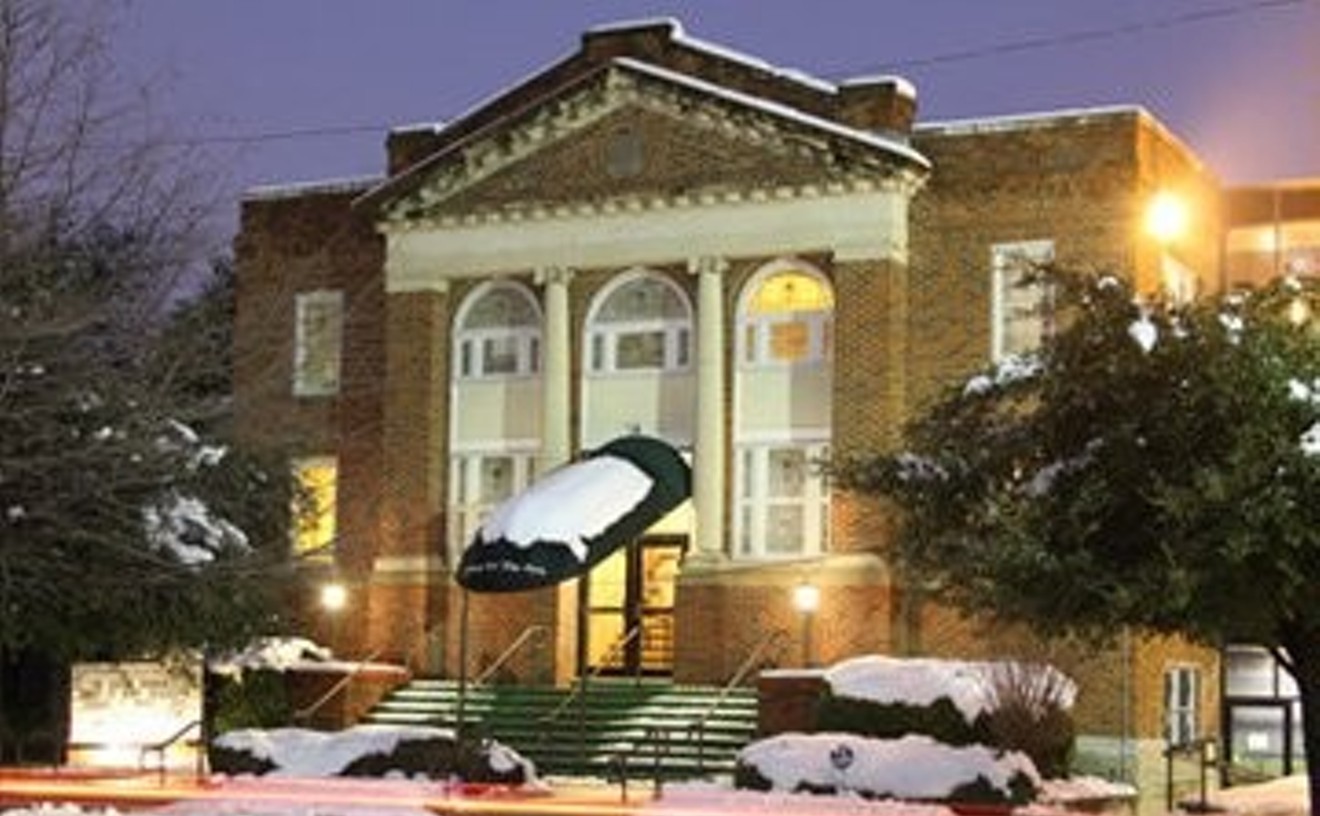 When she was 5, she performed an "interpretive dance" to Joan Jett's "I Love Rock 'n' Roll" and a career was born. Lydia Mackay, 31, comes from a family of actors and artists, so playing dress-up even as a grown-up is a snap. The SMU MFA grad recently played Blanche DuBois in Contemporary Theatre's A Streetcar Named Desire, Rosalind in As You Like It, Arkadina in The Seagull and Lady Macbeth. If she has a specialty onstage, it's classical roles, but she's oomphy enough to play bombshells. Here's what she says about being a Dallas actor: "So many people seem to think that you have to live in New York or L.A. to be a serious actor. Bullshit. Dallas creates a fertile ground for people who are serious about being working actors." See why we love her?

Who else could make a horny Haitian voodoo goddess, an aid worker turned African diamond smuggler and a bird watcher trapped in the Colombian rainforest seem not only familiar, but infinitely relatable? Only local writer Ben Fountain. The Southwest Review fiction editor, who is putting the finishing touches on a new novel based in Dallas, is the perfect writer for our time. In his collection of short stories, the exquisitely rendered Brief Encounters With Che Guevera, Fountain deftly navigated the world we now live in—one that has become increasingly dense and intertwined. Thankfully, Fountain is just getting started. His first novel, The Texas Itch, will be published early next year.

Record Hop's self-titled sophomore record stormed out of the gates when it was released in late March, offering listeners a furious, ferocious, angst-filled update on the post-grunge sound of the '90s. Is it groundbreaking? Maybe not. But, more than anything, it's a work of art—and clearly a labor of love for its members (front woman Ashley Cromeens, guitarist Scott Porter, bass player Corey Ward and drummer Tony Wann). Standout tracks "Skirtchaser," "Maths" and "End of Line" showcase this incredibly loud band's ability to throw out lightning-fast riffs and beats without batting an eye and also offer Cromeens' gritty vocals the perfect backing. Produced in Chicago by Steve Albini (Pixies, Nirvana), Record Hop was able to do its influences quite proud on this release.

Over the years the Texas/Dallas division on the seventh floor of the downtown library has acquired a collection of local history resources running deep and broad. Prominent citizens, local businesses and institutions have left papers, pictures and other records. Somehow, in spite of recurring funding cutbacks by the city, the division has managed to carefully catalog this material. Top-quality professional librarians on the floor are ready, willing and very able to help anybody who walks in, from sophisticated scholar to curious hobbyist. It's the best place in the city to get a sense of Dallas history.

The juvenile, angry sentiments so often spewed in the comment sections on WeShotJR do quite the disservice to the site's pseudonymous ringleader efforts. Stoned Ranger, as he calls himself, has his opinions on the local music scene—strong ones, too—and he stands by them, dammit. But unlike his harem of anonymous commenters who are quick to damn a band and claim it "sucks" without rhyme or reason, Stoned Ranger at least intelligently (and, quite often, persuasively) explains the rationale behind his take. Unfortunately, Stoned Ranger ("SR" to his minions) isn't the reason people visit WeShotJR; they may stay for his take, but they show up for the flamewars that take place between the "anons" he inspires.

Choosing the best TV anchor is tough, because even people in the TV business can't really tell you what makes a great anchor. They'll usually say ratings. But why is one anchor trusted and another not? It's called gravitas, and John McCaa has it. He communicates straight-on with authority that isn't stuffy or arrogant. We hear McCaa writes his own copy, but even when he has to wing it on breaking news, he's smooth. He's a master of the moment. That comes from years of experience, nerves of steel and solid news judgment. Once again, McCaa's the best anchor on our airwaves.

A few years ago Lee Trull was just another unemployed actor/playwright. The college dropout was struggling to get by on temp jobs and the occasional small roles, mostly smart-alecky dweebs. Then came the Kitchen Dog Theater premiere of Allison Moore's Dust Bowl drama End Times. Like a young Jimmy Stewart, Trull ambled across the stage, acted the thing to pieces and became a local star. After that came mostly comedic roles at Second Thought, Theatre Three and the Out of the Loop Festival. With the acting thing working, Trull reminded directors he's also a playwright. A good one, it turns out, with commissions from Stage West and the now-defunct Classical Acting Company, adapting Huck Finn, Pinocchio and Gift of the Magi. His latest is his own original idea, Tall Thin Walls of Regret, set in Dallas at the end of the Cold War. Already a company member at Kitchen Dog, Trull, 28, was named the first artistic associate and new resident company member at Dallas Theater Center. There he will write, act in two shows a season and teach. "He is an outstanding example of a talented local artist whose work we hope to support and develop in the coming years," says DTC artistic director Kevin Moriarty. Adds Trull, "I couldn't have written a better job opportunity for myself."

In the last year or so, the city's best long-form magazine scribe has given us tales about: the Bandidos motorcycle gang; some seriously scary cholos down in Houston; a killer nurse named Vicki in Nocona; and most recently, the story of four West Texas high school football stars who clubbed two deer to death for sport. His stories are better than the wildest fiction, and that's the best part—they're all true. Somehow, month after month, Hollandsworth, who lives in Dallas, finds quirky, offbeat stories that go a long way toward explaining why Texas is such a totally wacked-out place to live. It's a treat opening up Texas Monthly when he's got something inside it.

The renovations have done the old girl so proud, we just have to toss another Best of Dallas to the Inwood, where they recently replaced the standard movie theater seats with cushy sofas, loveseats, ottomans, throw pillows and blankies. Can't afford a 60-inch plasma for your den? Ten bucks gets you the comfort of home and a really wide screen. Truth be told, your standard stadium-style movie seats actually match the Inwood's new furniture for function, if you're there to watch the movie rather than snuggle. Still, we were able to settle in so well during a recent showing of Pineapple Express that we nodded out. Wait...did we just say "out"? We meant "off." Nodded off.

Best Neighborhood (to Get Shot In)

OK, so maybe we made up the part about the shooting. You can't blame a financially challenged Observer staff for trying to knock down property values in the city's coolest residential neighborhood. For those of you with money, Little Forest Hills still represents one of our area's best steals—a quirky, artist-friendly utopia plopped down minutes from downtown and mere blocks from White Rock Lake. Sure, there's a McMansion or five looming over the cottages and bungalows, but there's also an organized resistance to them, complete with protest art (one neighborhood home features a mock graveyard out front with tombstones emblazoned with the addresses of houses razed in favor of red brick monstrosities). Need a fun afternoon activity? Head up to TC Shaved Ice on Garland Road and loop back down to cruise the neighborhood streets—it's almost like being in South Austin, except these houses are half the price of those.