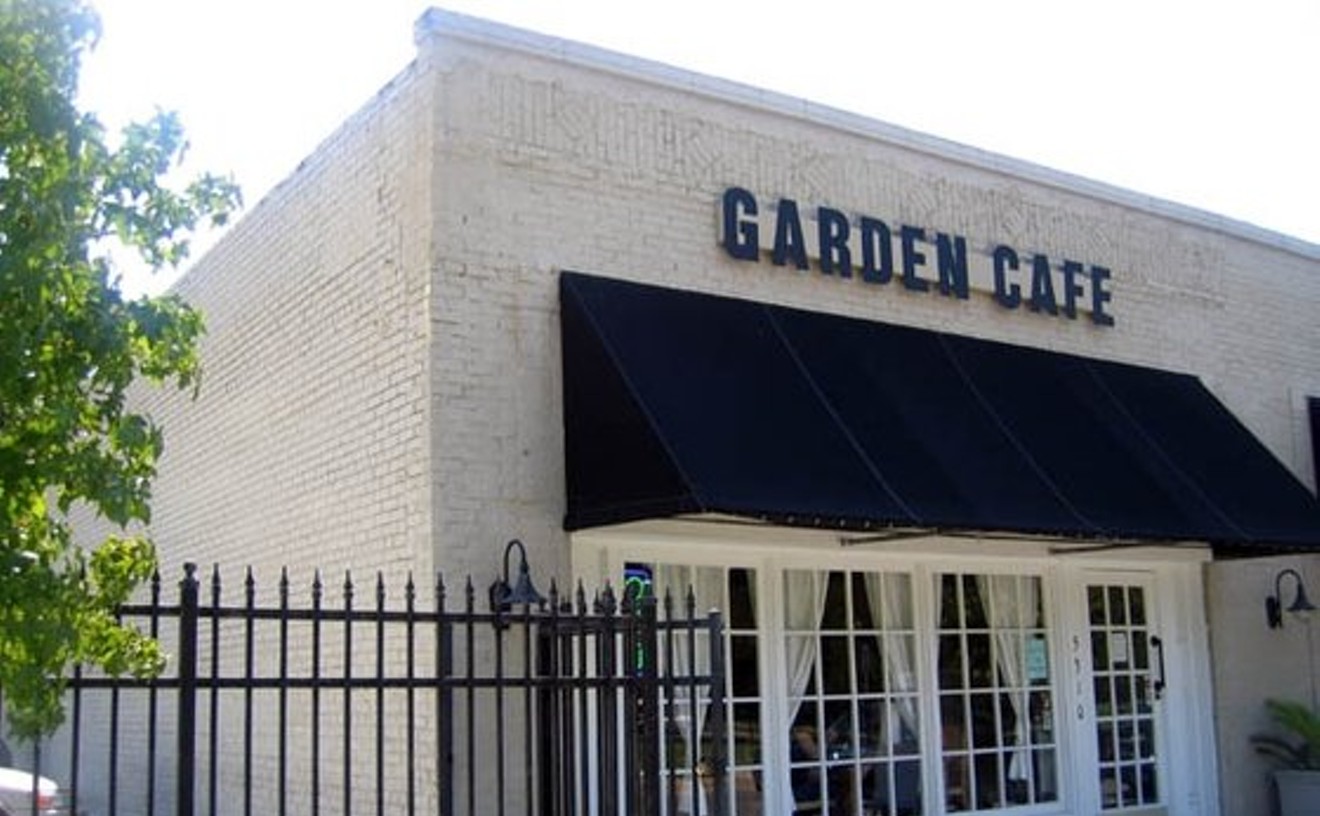 Wikipedia defines the local food movement as a "collaborative effort to build more locally based, self-reliant food economies—one in which sustainable food production, processing, distribution and consumption is integrated to enhance the economic, environmental and social health of a particular place." Bankruptcy lawyer Dale Wootton probably had no idea that was what he was participating in when he decided to grow his own vegetables in his own garden in the back of his own restaurant. At his Garden Café in East Dallas, you can get okra, cucumbers, tomatoes, black-eyed peas, sprigs of rosemary, oregano, fennel, sage, mint, parsley—or whatever he happens to be growing and adding to the tasty meat and potatoes menu at his restaurant. Some within the local food movement want you to travel no further than 25 miles to satisfy its agricultural tenets. Wootton has got that beat: He only has to truck into his backyard, harvest his veggies and herbs, transport them a few feet to his restaurant, prepare them in the kitchen and serve them to customers, many of whom consume them on the pleasant patio in the same garden where they were grown. The bankruptcy advice he dispenses is local too. His law office is only a few yards from his restaurant. 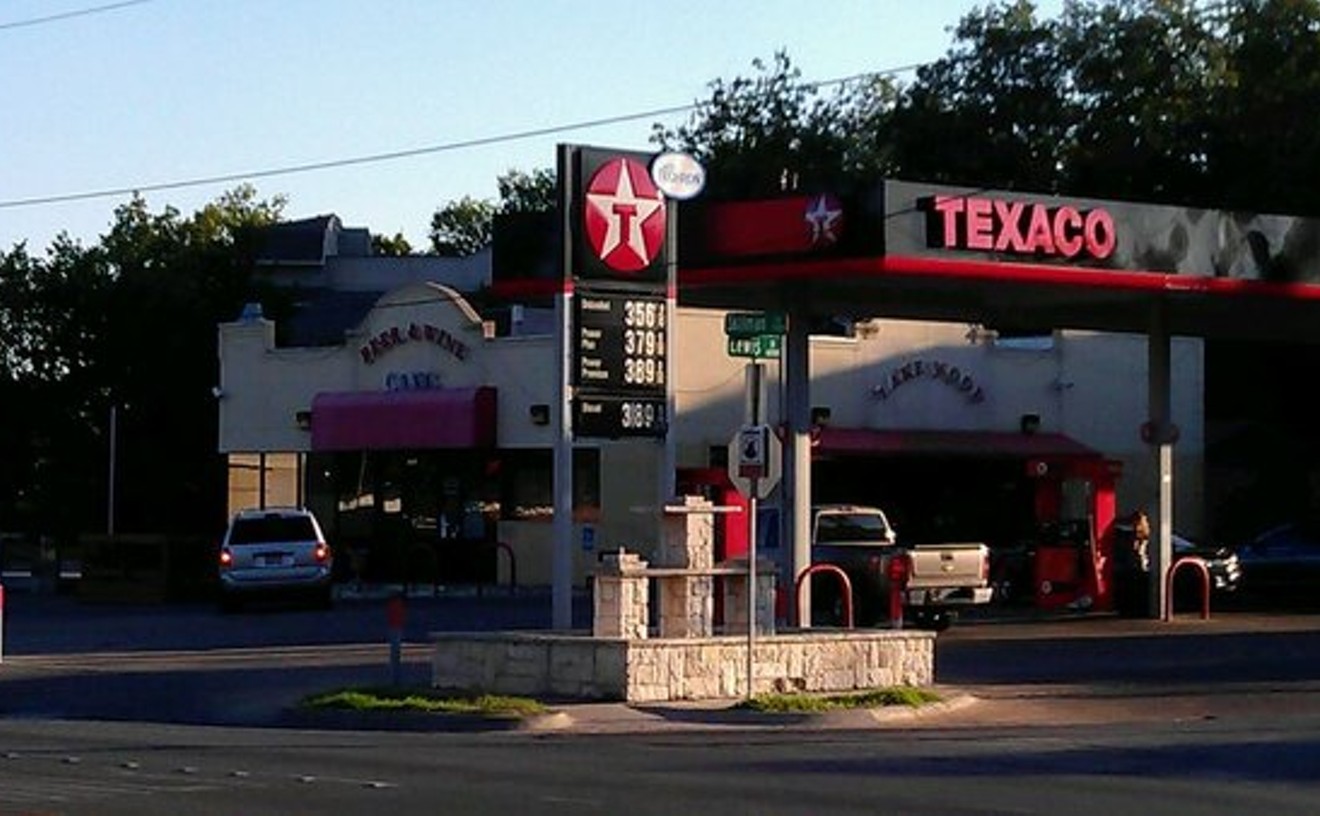 We've sung the praises of the Lakewood Texaco several times in our Best of Dallas issues over the years, and yeah, it's still a great gas station day in and day out. But every year on some random Sunday it becomes something more when the joint hosts one of its famous block parties, inviting neighbors young and old and fostering a sense of community rarely to be found in a gas station parking lot, or anywhere in Dallas for that matter. It's an anything goes, multi-cultural kind of affair—with live bands, a dunking booth, belly dancers and promotional beer girls all on hand to help the citizens of East Dallas feel a little closer for an afternoon. Here's hoping the new owners—who took over for the beloved Boueri family several months ago—keep the tradition alive (hint, hint).

Kenny Cooper just may save American soccer or at least take it to the next level. At just 23, Cooper has all the skills to develop into a premier-level striker, the one thing the U.S. National Team has always lacked to go from middling to elite status. Unlike Landon Donovan, the current poster boy for American soccer, Cooper has not just speed, but also brawn, making his game a good fit for the bruising international stage. This year Cooper is an MLS All-Star and one of the league's leading scorers.

Best Advertisement for the City of Dallas

Admittedly, we were a touch skeptical about the Deep Ellum Film Festival's transition from The Little Indie Fest That Could into The Big-Money Target All-Star Throwdown Jamboree scattered hither and yon. But, just two years in, the thing's a mighty beast—and mighty impressive, as the likes of Lauren Bacall, Charlize Theron, David Lynch and some dude named De Niro have piled into Dallas for a week's worth of screenings and highfalutin wingdings the likes of which most Dallasites never get to see unless their Dallas lives in Highland Park. But Michael Cain's fest makes much of Dallas look shiny and special: The West Village is hoppin', thanks to Magnolia screenings; Mockingbird Station's cram-packed, what with those Angelika screens running hot; NorthPark's packed, in no small part thanks to the red carpet upon which the most famous feet trod day and night; and all of Victory Park's a go-go, courtesy the host hotel (the W, natch). Really, for one week every spring, even we think Dallas is the most awesome city in the history of parking lots.

Denton artist and musician Nevada Hill made quite the mark on North Texas this year, contributing stellar cover art for releases by Record Hop, Dust Congress and Stumptone, the latter a vinyl-only release featuring two cardboard panels screen-printed with an imposing image of reverberating speakers. And while Hill's work for Record Hop is admittedly on a much smaller scale (thanks, CD format), it's hard to deny the appeal of the cover art, a quirky drawing of what appears to be a mangy lion crapping the band's name. You can spot the Photoshop a mile away on most local record covers these days. With Hill's DIY treasures, however, all you spot is blood, sweat and artistry. 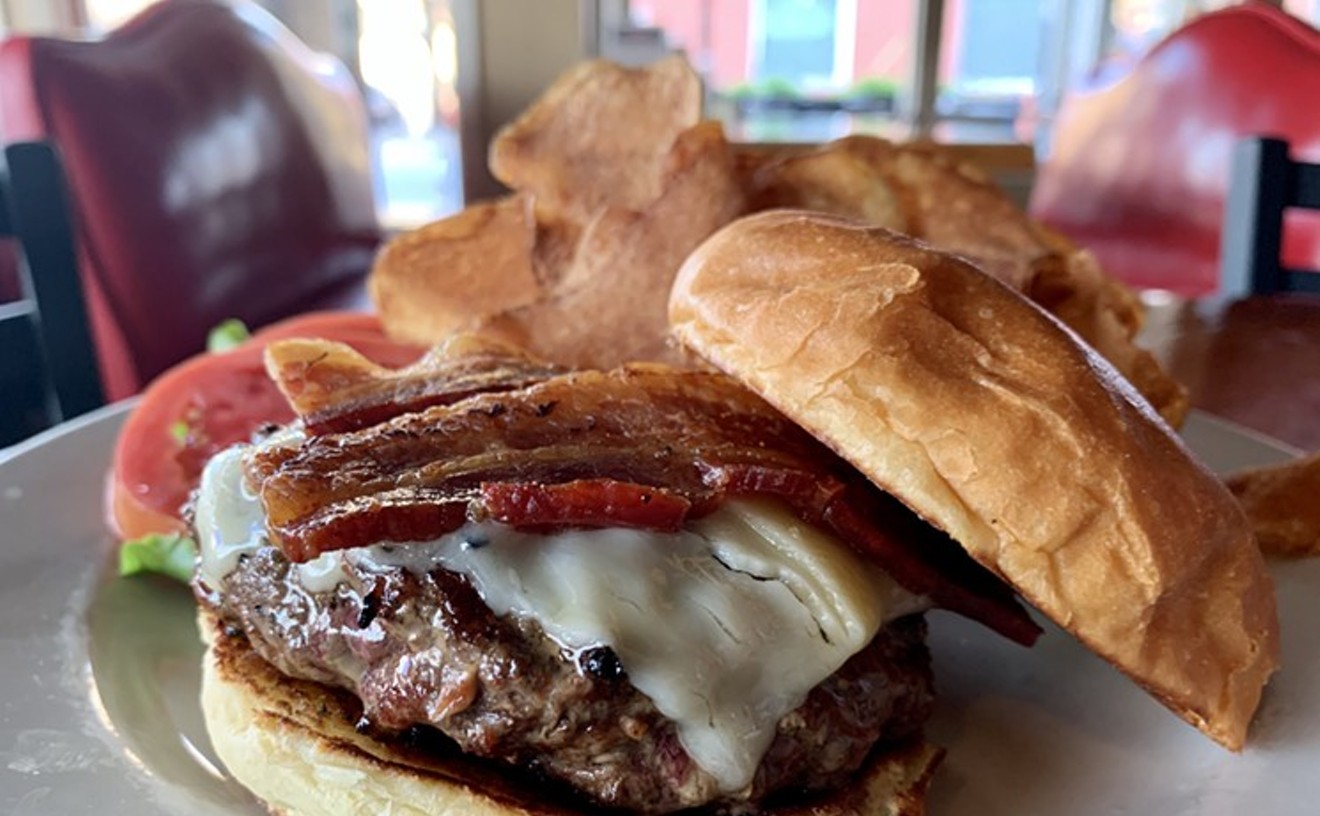 For years, AllGood Café owner Mike Snider has booked well-respected and much-revered Americana and folk artists to the venues of Deep Ellum. These days, at his restaurant, he continues to do just that. It's a homey place, seemingly fit more for Austin than Dallas with its flair for memorabilia and its general hippie-ish attitude. Does that make the place stand out among Deep Ellum's rock clubs? For sure—but not in a bad way. Rather, AllGood is unique because the music played there fits right in with the restaurant's vibe, rather than with what's popular right this minute. You'll see folk, Americana, country and, yes, from time to time, your standard coffeehouse fare. But under Snider's discerning eye, you can rest assured that it'll be good. Oh, and by the way: the food? It'll keep you coming back even if Snider's taste in music isn't up your alley.

If you've ever spent time in Austin then you know it as well as we do—Dallas just can't do queso right. Sure, our fair city is full of decent Mexican food joints, maybe even a couple of great ones. But let's face it—even El Ranchito, Mia's and La Calle Doce serve up a substandard bowl of the yellow goodness compared with our Central Texas neighbors. Thank God for Matt's Rancho Martinez then, an East Dallas institution sprung fully formed from the nurturing bosom of an Austin institution some 20 years ago. Their renowned Bob Armstrong dip takes a perfect, cheesy consistency—not too thick, not too watery—and combines it with ground beef, guacamole, sour cream and pico de gallo to create a dip so kick-ass we've seen fights break out over the last chip.

Considering the fact that we don't really like The Smiths (blame our college roommates), we weren't really sure about "Phil Collins: the world won't listen," the three-screen video installation presented earlier this year by the Dallas Museum of Art. But damn, if it wasn't the most entertaining thing we've ever seen in a museum, with the 1987 Smiths compilation, The World Won't Listen, repeating on a loop as fans from Colombia, Turkey and Indonesia sang along karaoke-style on each of the screens. We couldn't begin to pick a favorite image, though the chick in the wrestling mask and the unfortunate looking, teary-eyed Asian man certainly burned themselves into our psyche. We liked it all so much, in fact, that we went right out and got a pompadour.

For 23 years, Barry Whistler has brought seriously talented Texas artists to his Dallas gallery walls. And without fail, his exhibitions get the conversations going. From impressions and interpretations to artistic method, Whistler's gallery openings are abuzz with "I wonder..." and "That's so...wow." And that's what makes a gallery successful—when people actually talk about the art. The list of BWG's artists is impressive: Linnea Glatt, John Pomara, Allison V. Smith, Robert Wilhite (who presented audiences this year with one heavily discussed exhibition, The Bomb, featuring a skeletal, scaled-to-size sculpture of the Fat Man Bomb) and others. Plus, the gallery provides art lovers with a lively blog (barrywhistlergallery.blogspot.com) to catch the behind-the-scenes new and upcoming events in the gallery, which readers then discuss via the comments section. See what we mean about creating art dialogue?