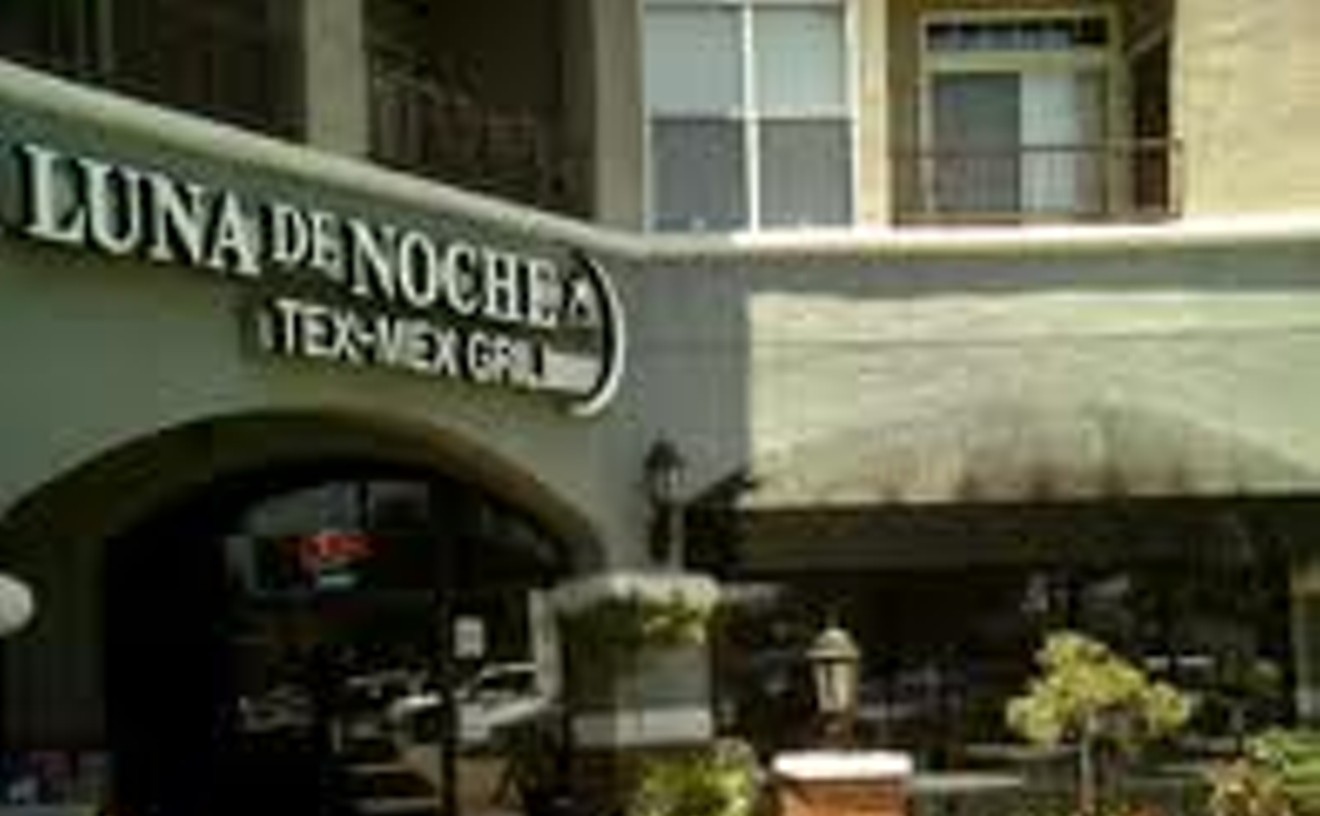 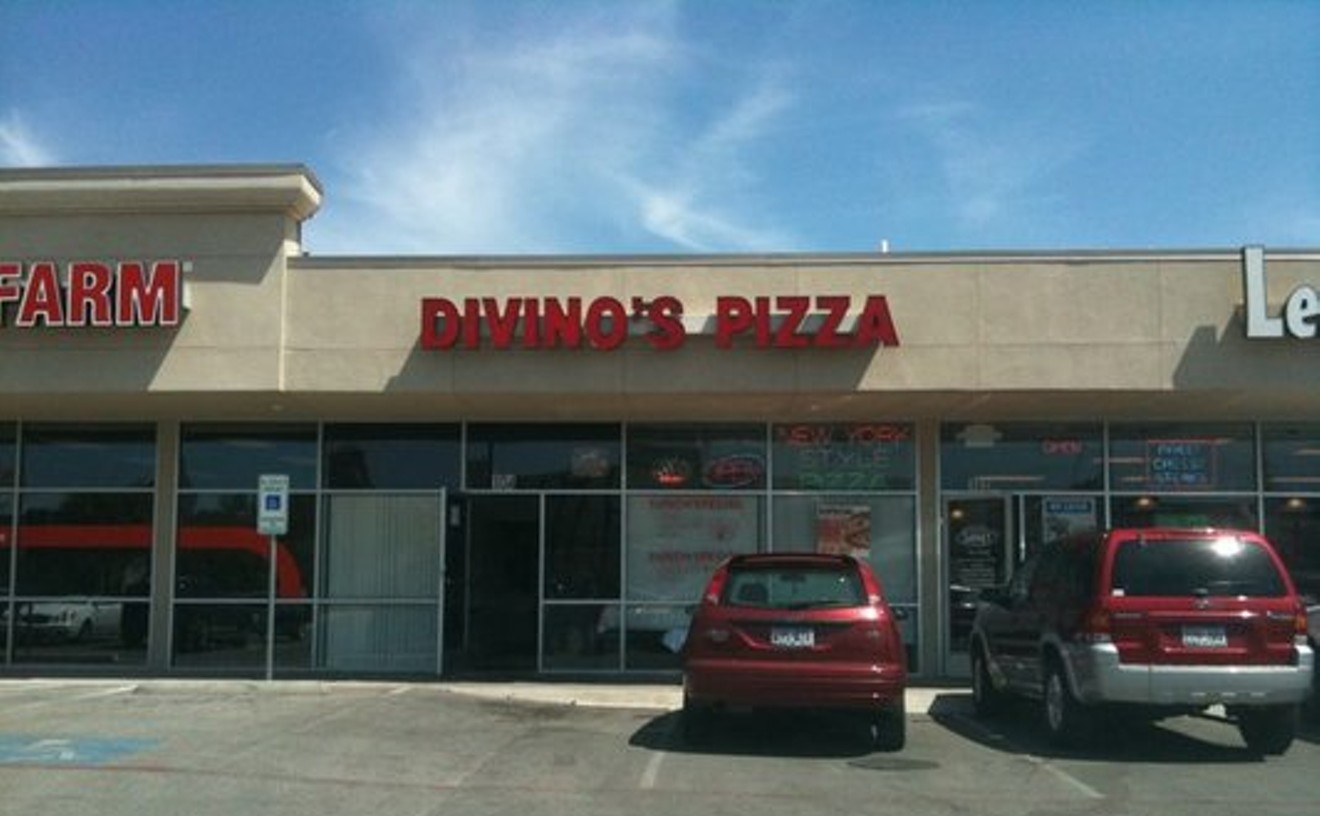 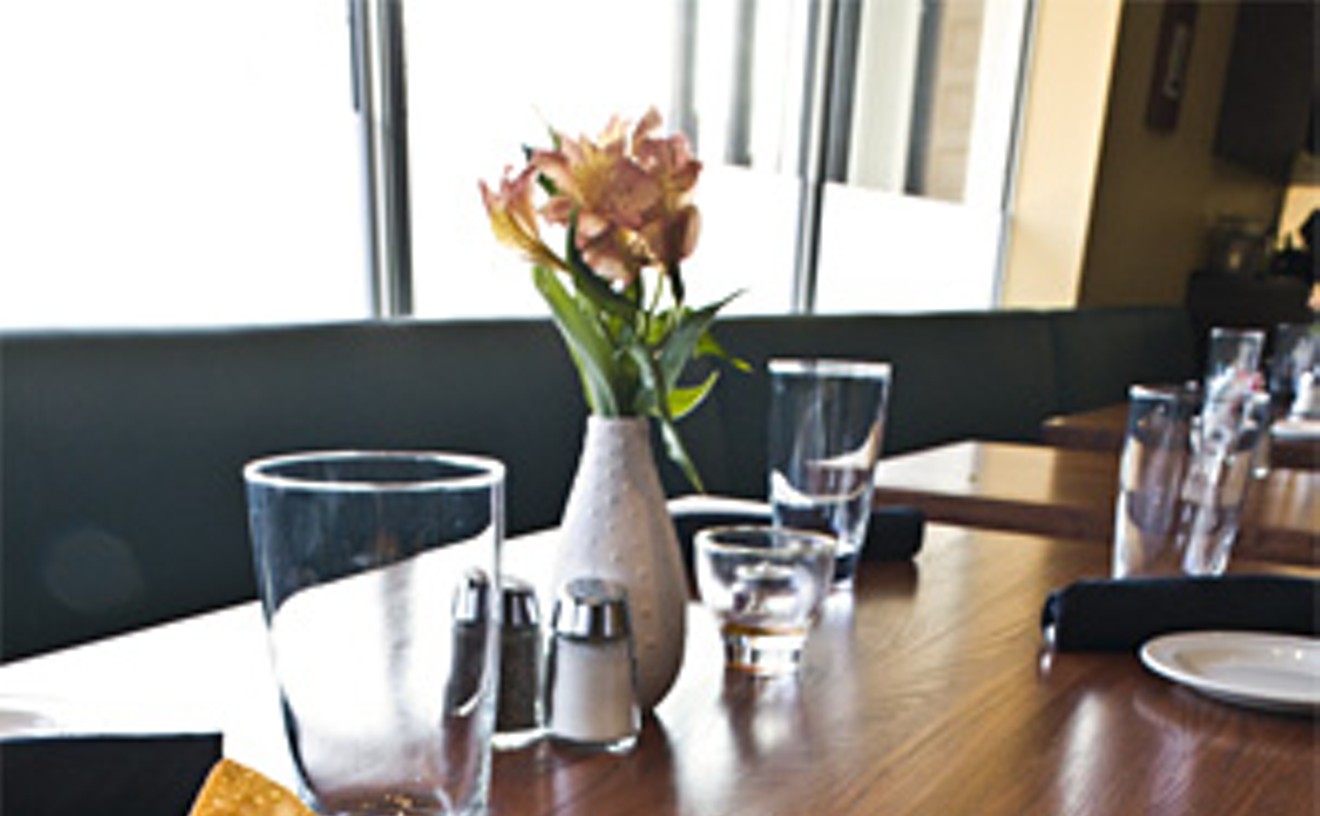 Forget all of the goo-stricken, haute renditions. This mac and cheese is simple: elbows, house-made cheese sauce, basil. That's it. A gooey, muddy-yellow spread of macaroni is tarred in Gruyère and queso touched with finely minced and sautéed purple onions, garlic, and essences of basil and tomato plus sparks of black pepper and an unexplained halo of smoke wafting from the alchemy. This is transcendent rib adhesive. 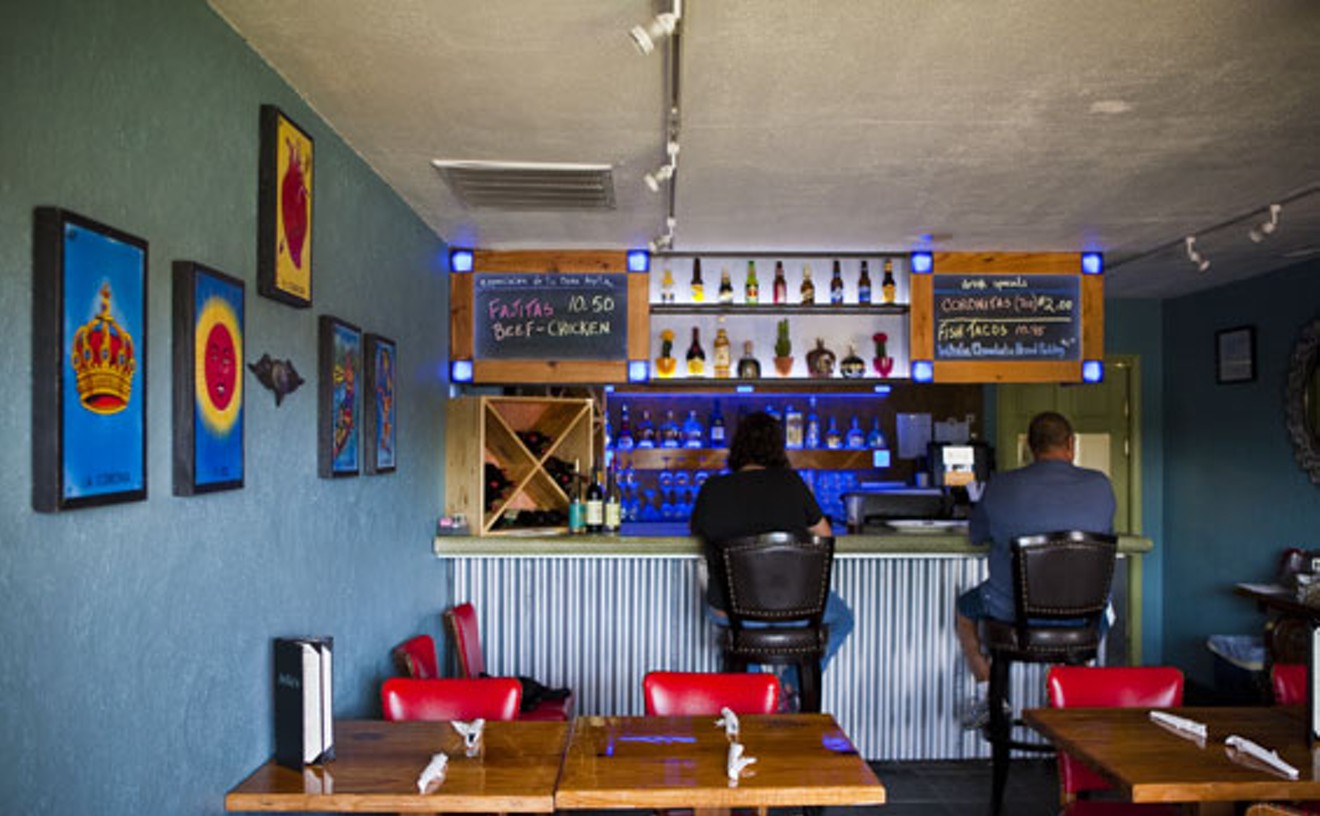 The main problem with Tex-Mex restaurants lies in the free chips; it's difficult to pace yourself so that you're not already loosening your belt when your meal arrives. Avila's provides a delicious plate that's a perfect-sized complement to three baskets of their delicious chips: the enchiladas de frijoles negros (that's black bean enchiladas for all you white folk). Two corn tortillas are dipped in an ancho chile wash, filled with refried black beans, rolled and topped with Monterey jack cheese. (And a bonus that the menu doesn't even mention is a dollop of guacamole.) Sides of rice and pico de gallo keep it light. Just think of it this way: While your dining companions are painfully stuffed, you still have plenty of room for sopapillas.

Gone are the days of huddling inside the tight quarters of Ali Baba's teensy Lower Greenville location waiting for a table to open up so you can chow down on falafel, kebabs and hummus. But we can't forget those days. No, those old cramped memories make us truly appreciate the spacious new Abrams digs that allow Ali Baba to provide the residents of Dallas with comfy booths and a grand lunch buffet. The sneeze-guarded beacon offers up affordable, eat-to-excess combinations to suit your Mediterranean fancy. For the most part, any regular menu option is steaming and waiting for a tong-grab, giving the opportunity for a little experimentation, which pays off when you return for dinner already educated on the entrees. The newer, bigger kitchen has also proffered better tasting food on the whole—the fried kibbi is crisp on the outside and nutty and nourishing on the inside, the tabouli is bright and clean, the gyro is savory and heavenly with fresh pita. And oh, the kafta kebab. Now, buffets and comfortable seating may not seem like the wave of the future, but for a Dallas staple, it can mean a more satisfying lease on life.

Thank Allah for impatient landlords and generous chefs. Without them Dallas would have missed out on the best food on a stick outside the State Fair. In Pakistan, Afghan Grill chef and founder Asmat "Matt" Pikar paid off a landlord who was hassling an Afghan refugee over two months of late rent. In exchange, the refugee, a former Kabuli restaurateur, taught Pikar the secrets of the kebab as repayment. That was lucky for us. Pikar has brought his learning to Dallas, serving up coal-fired bulanee (fried, leek-filled turnovers); kadu buranee (sautéed pumpkin with garlicky yogurt); and aushak (leek dumplings with yogurt). Saffron and coriander add heady aromas to this Kabuli comfort food. War may be hell, but it has its benefits.

If it was a brave man who ate the first oyster, imagine the cojones on the guy who slurped down the first mussel. Its shell, black and pointy, opens to reveal an orange, amorphous mass of meat. Sometimes the smell ain't so great either. But put enough culinary goop on it, spice it and butter it and let it stew in something saucy, and the result is a feast for the senses. Toulouse Café and Bar offers five—count them, five—variations on the mussel theme, in both appetizer and entrée portions. There is our traditional French fave—marinière—which slathers the little critters in garlic, white wine, butter and shallots. For the more adventurous, there's the Thai—coconut milk, yellow curry, tomatoes, lemongrass, ginger, cilantro and lime. Sopping up the sauce with Toulouse's crispy French bread is a culinary imperative. As is a side order of pomme frites—aka french fries with attitude. Nothing brave about eating the last two items unless you use them to chase the taste of the Green Room mussels—jalapeño, ginger, shiitake mushrooms, Champagne and garlic.

The Cock and Bull 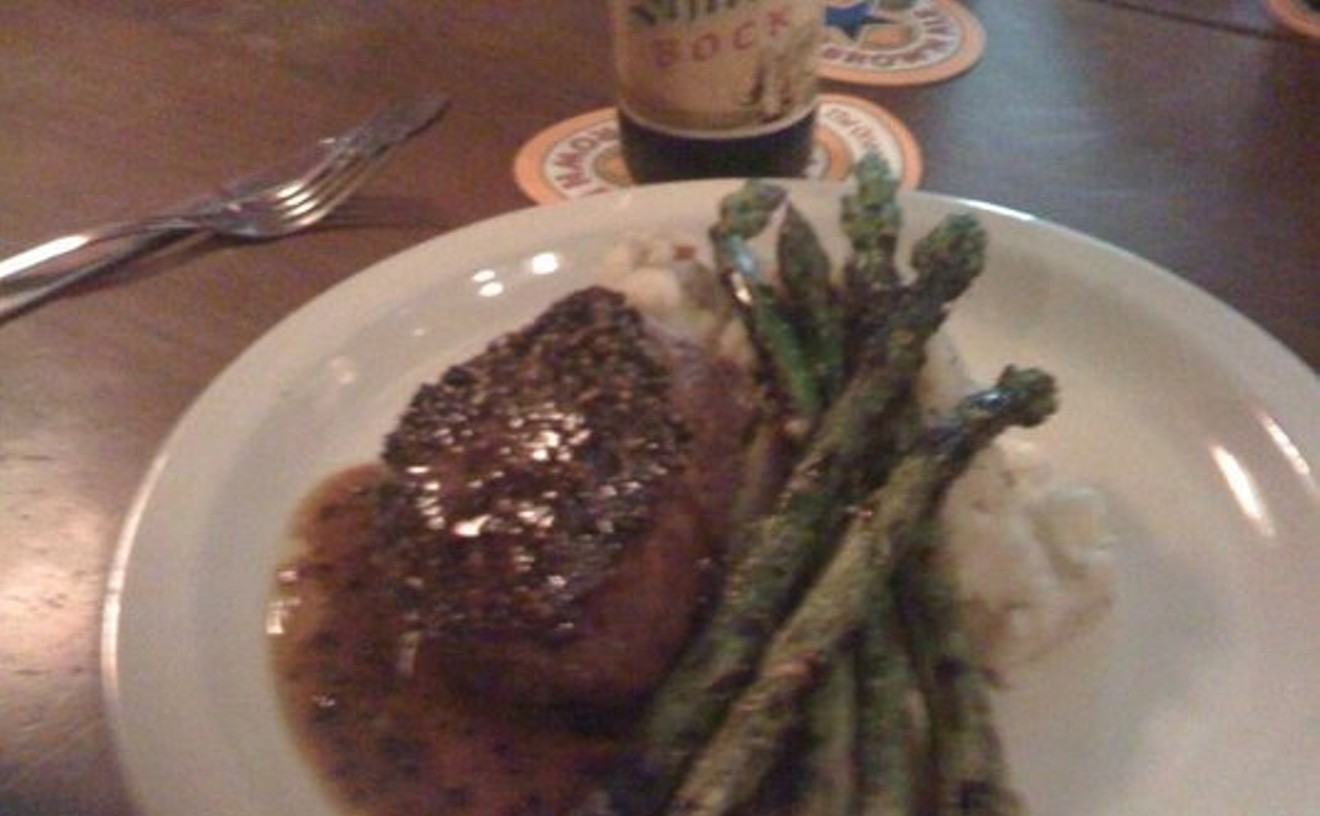 Like its nearby Lakewood neighbor The Lakewood Landing, The Cock and Bull hardly screams high class from its exterior. In fact, you're far more likely to walk on past it and never even know it existed unless you walked this block of Gaston with a watchful eye. When you get inside, there's nothing too fancy about the place either—looks like a dive bar, really. But then you glance to the back of the room and notice the chalkboard: Wow, a steak special...for $22? What kind of place is this? So you ask for a menu, and you look at your dining options. Hey, you think to yourself, some of this looks pretty good! And, boy, is it—although some of it can get a little pricey. For the most taste bud pleasure for your buck, your best bet's the Blue Bell Burger. Trust.

Yes, it tortures us to select a foreigner for this honor—a chain no less, with installments in New York, Las Vegas, D.C., Sonoma, California and Reno, Nevada, among other locales. Chef Charlie Palmer's Dallas increment sits in the Joule Urban Resort in a rehabilitated Main Street building in all of its Texas handsome, breezy-themed glory. So it at least has a Dallas pedigree. Chew on the house-cured artisan salumi or the simply prepared vegetables dripping in brown butter. Savor seared foie gras or spoon bone marrow flan over a dry-aged sirloin. Dine on lentil-crusted monkfish or crisped arctic char. Or duck. No restaurant has brought so much to such a stylishly cozy space.

When fired for power, coal has a bad rep. It's a spitter of soot, a puker of sulfur, a farter of greenhouse flatus. But when firing pizza, it transforms into fossilized sublimity. Founded in East Harlem in 1931 and spread from New York to Arizona, Nevada and Texas, Grimaldi's cooks its pizzas in a coal-fired brick oven—just as the local parlor Coal Vines does. But the Neapolitan-style pizzas Gramaldi's makes are more focused, with chewy crusts that are smoky without the bitter char. They're aromatic pies with slightly cauterized toppings that fuse tenuously with the crust, creating a mosaic of exquisite stink. These are pies you want in your face.