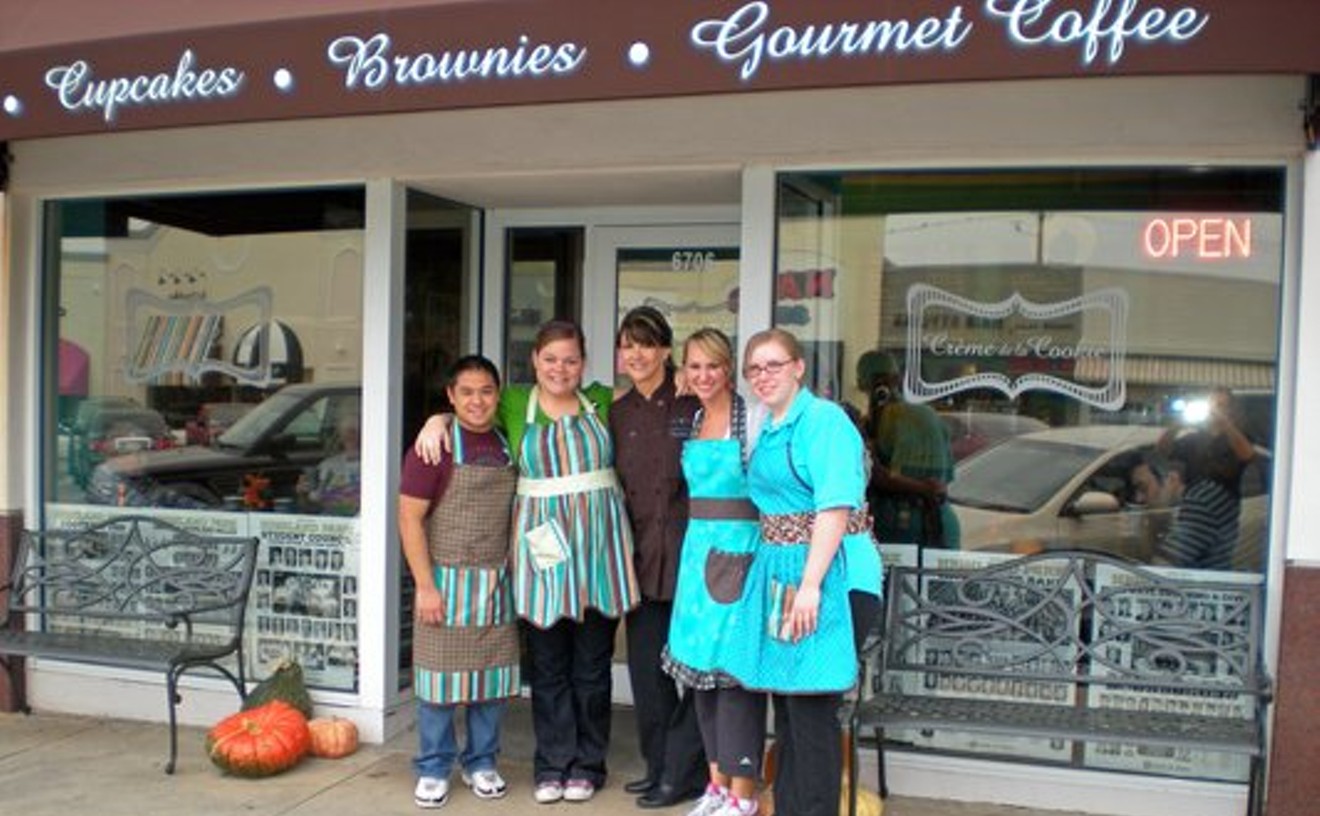 Yes, of course, stop by Creme de La Cookie for the decadent OMG cookies, the "Private Reserve" cookie and the assortment of cupcakes. But while you're there, don't pass up novelties such as the cakeballs, the Nutella brownies, whoopie pies and, best of all, the screamin' O's. This little, single-bite goodie is a crazy concoction of chocolate flavors, including fudgy brownie, creamy ganache and jimmies with just a hint of coffee. Stimulating and relaxing at the same time, this tiny treat really lives up to its name. 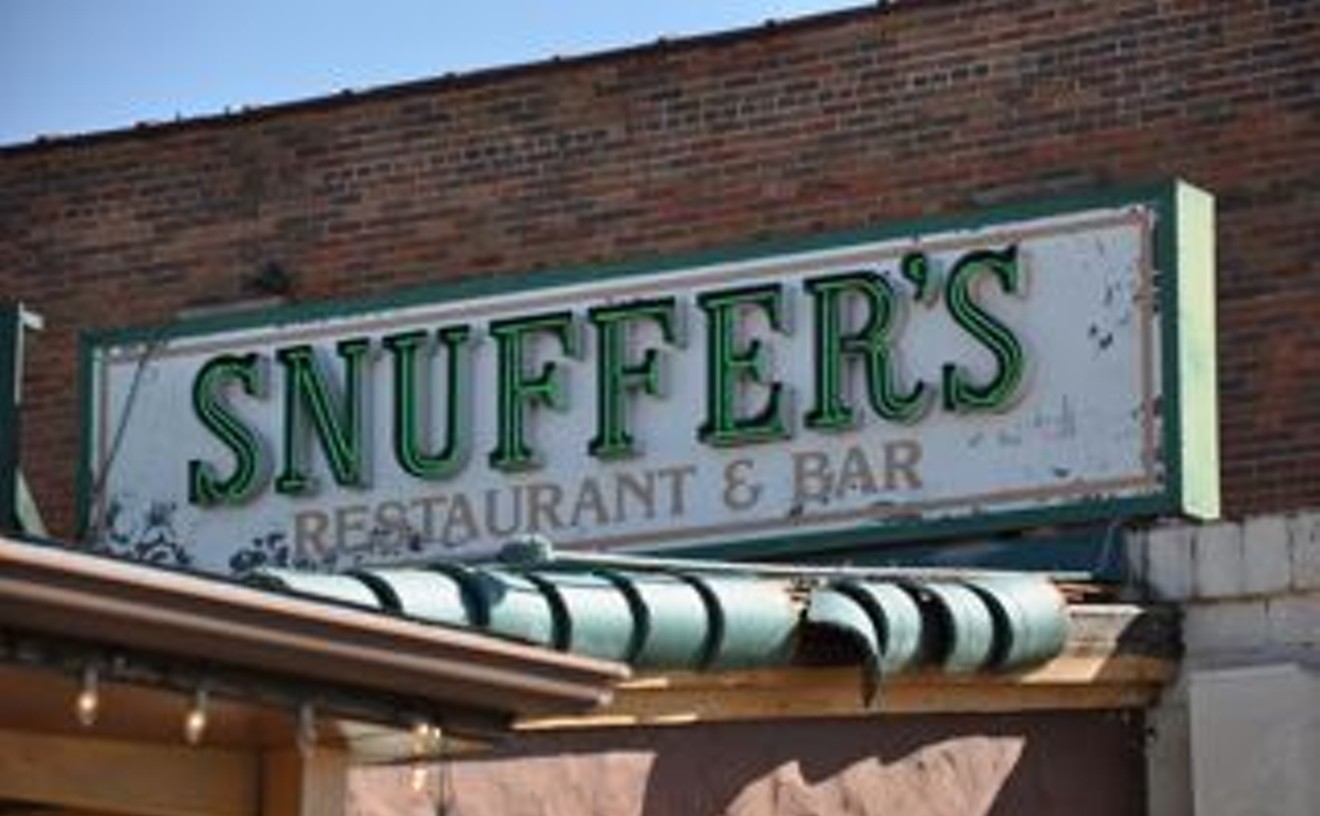 Always among the contenders for best burger, Snuffer's has so many good ones that it's hard to pull the trigger. Do you stick with the classic? Add cheese or bacon? Or do you consider the green chili Swiss, mushroom Swiss, pizza, barbecue, blue cheese bacon, turkey or veggie burger? And if you're not in the mood for a burger, there's always our favorite: the spicy chicken strips. With a menu full of tough choices, including their famous cheddar fries, and one of the city's most attentive waitstaff, there's no better place to seek hangover relief from a night on Lower Greenville than Snuffer's. 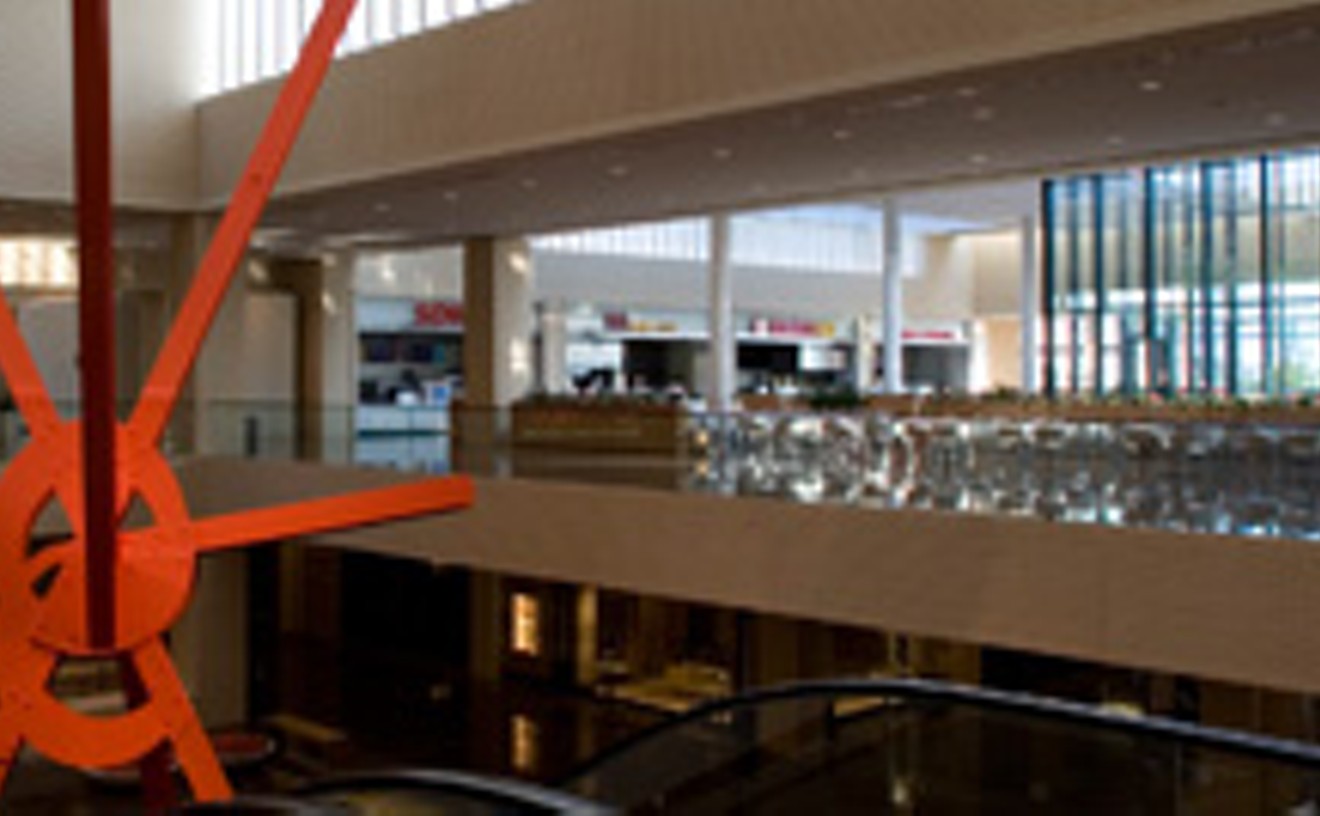 This is not to say that, in our lives, we haven't enjoyed our fair share of greasy slices from Sbarro and cups of Orange Julius. Just saying that, though the mall may be the quintessential high-schooler hangout, those of us who are aged do crave food slightly more sophisticated than Cinnabon (sorry, Cinnabon). NorthPark, which for so long resisted the mall "food court," finally gave in and brought us an "international food plaza" when they built their addition in 2006. Of course, you still have a few traditional outlets—Chick-Fil-A, Auntie Anne's pretzels—but NorthPark classed it up with Paciugo, Which Wich, Snappy Salads, Tin Star and The Original Soup Man (still the only restaurant location in Texas). Other area malls have tried to be as fancy-schmancy, but have essentially failed, due in part to catering (pun intended) to the high school palate. But NorthPark's still keeping it real tasty. Thanks, guys.

Best Marriage of Cattle and Quail

The Dirty Love Burger at the Love Shack

After we watched Fort Worth's Tim Love on Top Chef Masters, he truly earned our respect. He made an impressive trio of dishes—in a dorm room—with accidentally frozen ingredients. But it's away from the cameras and back in the Stockyards kitchens where Love really impresses. His flavor profiles aren't overly complex combinations that shock the palate; they're simple, thoughtful and—when it comes to his Love Shack burgers—oh-so savory. Love grinds fresh daily half prime tenderloin and (a thousand times yes!) half prime brisket for the patties. They're cooked to order on the outdoor grill and, if you order wisely (the Dirty Love Burger), there'll be a fried quail egg atop the American cheese, veggies and Love sauce. The result is tender, juicy, unbelievably messy and perfect. But then, we'd hope the guy who led a trail drive all the way to New York to collect his James Beard Award would know how to cook a good sloppy burger.

So everybody in Dallas orders vodka instead of gin. And the shaken or stirred question never comes up. At least Sevy's understands that, when you deign to order a real (gin) martini, the proper end result requires a balance of spirit and vermouth. And they don't let you get away with uneducated calls. Say "Bombay" and they're likely to ask "regular or Sapphire." You gotta respect a place that respects a martini.

Fogo de Chao is where animals voluntarily surrender to become part of a magical dining experience as opposed to the next Happy Meal. It's where meatatarians—if there was such a term—gather and rejoice that somehow their vision of what meals will be like in heaven has been realized here on Earth. Sure, there's an impressive salad bar with jumbo asparagus available, but true carnivores know to avoid filling up on the leafy crap and turn their place card from red to green, signaling the staff that you're ready to begin your feast. Then it starts. Two kinds of top sirloin are brought to the table followed by lamb, filet mignon, chicken, pork loin, beef ribs, sausage, filet mignon wrapped in bacon, pork ribs, rib eye and chicken wrapped in bacon. Is it worth it at $48.50 for dinner and $32.50 for lunch? You betcha. If only the bill was wrapped in bacon too.

Afghanistan, as a geographic entity, was well-situated to benefit from the Mediterranean's culinary breadth, as well as the unique flavors from the mountainous areas. Spice flowed through the region as early traders traversed the land. And it all winds up here in Dallas, as densely flavored meats, exotic platters, thick and pasty servings of hummus, the beautiful variety of dumplings. Afghan Grill can be one of the most rewarding nights out the city has to offer, especially if you're a fan of things bold and garlicky. 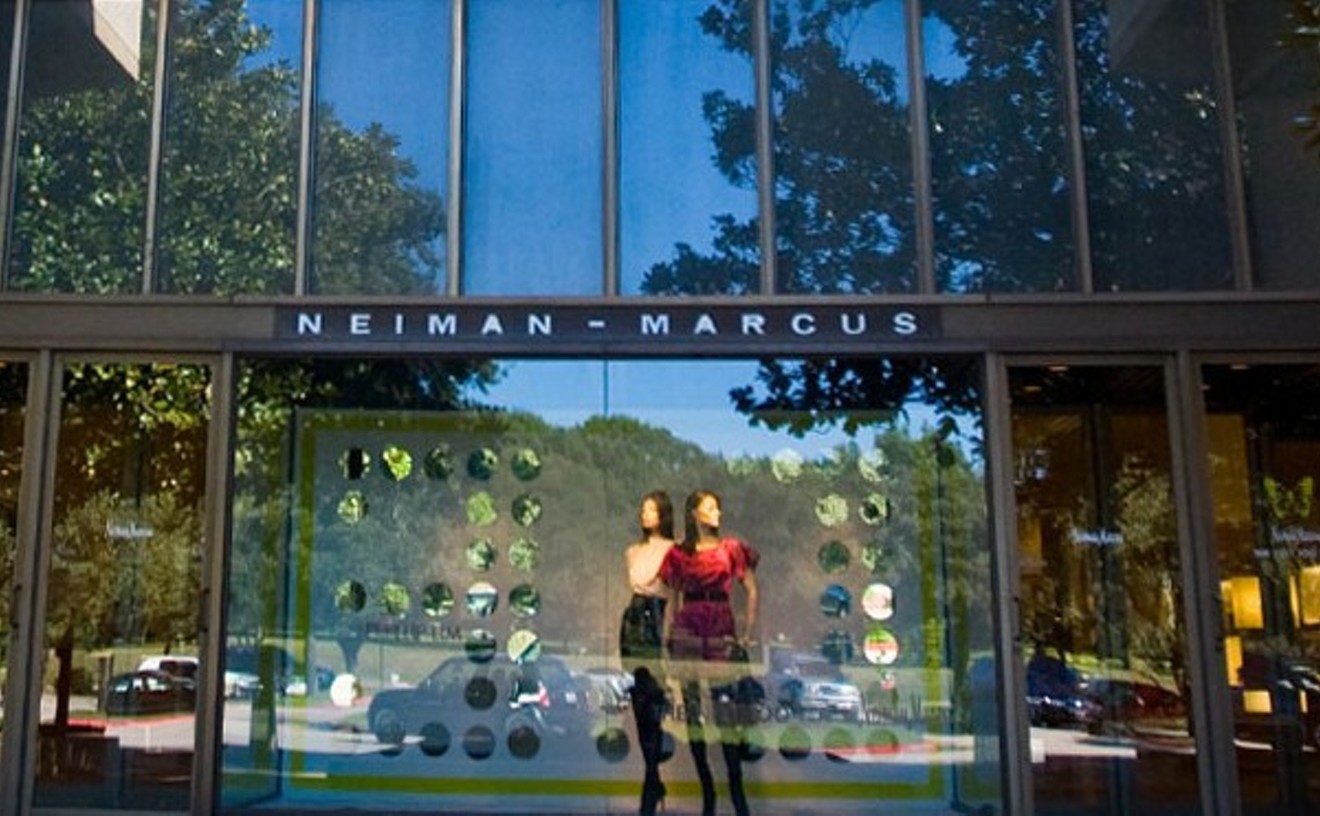 Certainly there's something really odd in cruising past Prada and Fendi displays on your way to a burger counter. And it is that—a wraparound counter shoved into one corner of the Neiman Marcus NorthPark mall location's café...which means you may also encounter women in silly hats on their way to lunch. No matter, the jaunt is worth it, and not only for the burgers. The joint mixes one hell of a shake from two ingredients: Häagen-Dazs ice cream and milk, topped with real whipped cream. Nothing fancy, just a shake rich in flavor, thick enough to suspend a spoon and easy to sip through a straw. Pretty near perfect, in other words.

Everyone knew chef Nick Badovinus could cook. They knew it from his time with Cuba Libre and Hibiscus. But he also has—or had, rather—a penchant for going way over the top. This time, he opts for overt simplicity. He buys mussels from Blue Hill Bay in Maine and steams them in a broth based on white wine, but drawing its complex pungent, sherry-like kick from shallots and roasted tomatoes. To the side he plants slabs of crusty bread. That's it, nothing special...except you want to slurp the broth like a soup and the bread is so thoroughly "at one" with butter, you don't want to let it near the bowl. Or any of your friends near your side of the table. The mussels, the bread—they're good, just as they are.

When we lunch at Angry Dog, we hardly ever move past the appetizers page of the menu. After all, why mess with perfection? Get the Angry Dog nachos—and don't mess around with the half-order; you're gonna want the platter-size full order. When they bring out this massive plate, you'll notice that the chips get a little toasted around the edges, but the center of the pile is dripping with cheese, refried beans, sour cream, guac, and your choice of chicken or beef—or skip the meat, which we sometimes do, and revel in the pure cheesy deliciousness.