For the first time since moving from the Cotton Bowl and erasing its Dallas Burn tattoo, FC Dallas has a recognizable, identifiable face of the franchise. Cooper, whose dad was a goalie for the Dallas Tornado back in the day, is the future of Dallas soccer. He's one of ours, growing up playing in Dallas' famed youth programs, starring for Solar Club. Don't look now, but he's all grown up into a Major League Soccer All-Star. At 6-foot-3 and 200 pounds, he's built more like a running back, and brute strength is a part of his game, part of the reason he started this season with twice as many goals and shots as any teammate. Dallas' local Player of the Year while at Jesuit in '03, he's played with Manchester United in England and has a chance—a chance—to finally make professional soccer popular out in the 'burbs .

Given Greg Williams' departure from The Hardline, the most consistently entertaining/informative show on the radio belongs to George Dunham, Craig Miller and Gordon Keith, weekdays 5:30-10 a.m. on The Ticket. It's about sports. It's about life. It's about nothing. It's about everything in between. It's—most important—about domination. Dunham and Miller are at this point basically lapping the field in Arbitron ratings. Every hour their show attracts twice as many listeners as the offerings of 103.3 FM ESPN and 105.3 The Fan. Combined. Over the years they've developed the perfect recipe for morning radio with tasty pinches of interviews, topical headlines via "Muse in the News" and heady, though sometimes homerish takes across our sports smorgasbord. Some of us set our watches by "Ladies Day," Thursday mornings in Gordo's Corner.

Channel 8's Dale Hansen may have pushed our policy on term limits had his creepy love affair with weatherman Pete Delkus not deteriorated from witty to warped. But then again, Babe is quickly becoming the Cowboys voice in this town. Not only is he an insightful analyst on Dallas' radio broadcasts and the host of the weekly TV show with head coach Wade Phillips, he also conducted the most provocative interview of the year—his May hotel sit-down with Tony Romo in which the quarterback generated a stir with his thoughts on leadership, a possible Super Bowl and now-ex Jessica Simpson. Like he was as a career backup quarterback in the NFL, Babe isn't flashy, just fundamental. Plus, he has more hair on his chin than Hansen has on his head.

OK, can we retire the trophy? For a decade now, the giant German has been as consistent as he's been spectacular. And, to think, 2008 might have been his best season. He didn't push the Mavs to the NBA Finals or win an MVP, but he again heart-and-soul'd Dallas to a 50-win, playoff season. With the smoothest, deadliest jumper in the history of 7-foot humans, Dirk again was an All-Star and All-NBA selection while averaging 26 points and 8 rebounds. But his most impressive performance came in a playoff series loss to the Denver Nuggets. While physically shoved around by punk Kenyon Martin and psychologically tormented by the arrest of fiancée-turned-fraud Crystal Taylor, Nowitzki didn't miss a beat with 27 points per game. If he retired today he'd be the Mavs' all-time best player. Here's hoping he doesn't.

Coming in second and third, respectively, are guys who insulted the mother of an opposing player during the playoffs (Mark Cuban) and needed a loan from Major League Baseball to make payroll early this summer (Tom Hicks). So Jones may be a bit sheepish about this award, but there's nothing understated about his $1.1 billion Jonestown Coliseum, better known as Cowboys Stadium. The joint—christened by George Strait and almost immediately thereafter polluted by the Jonas Brothers—is making Arlington the country's latest, greatest sports mecca. It's dazzling. It's colossal. It has a 60-yard video screen. But if Jones wants to keep this trophy next year, he better make one important transaction: Firing a bone-headed general manager. Goes by the name of Jerry Jones.

Watching billionaires scrap over millions is almost as fun as watching bikini-clad women mud wrestle. Almost. When Perot sold the Mavericks to Cuban in 2000, he held on to a small slice of the pizza. And when his Hillwood Development Co. lost its ass in the failed Victory Park ghost town, he decided it was Cuban's illegal shenanigans that were keeping him from being delivered extra toppings. Clueless as an owner, Perot was also naïve trying to pick what he thought would be a private fight with a very public figure. Cuban's response to Perot's lawsuit was akin to Samuel L. Jackson's Pulp Fiction character commanding, "Well, allow me to retort." Cuban accused Perot of being "desperate" and looking for "nickels in the sofa" while lamenting not buying out Perot's ownership stake in 2000. Ouch. 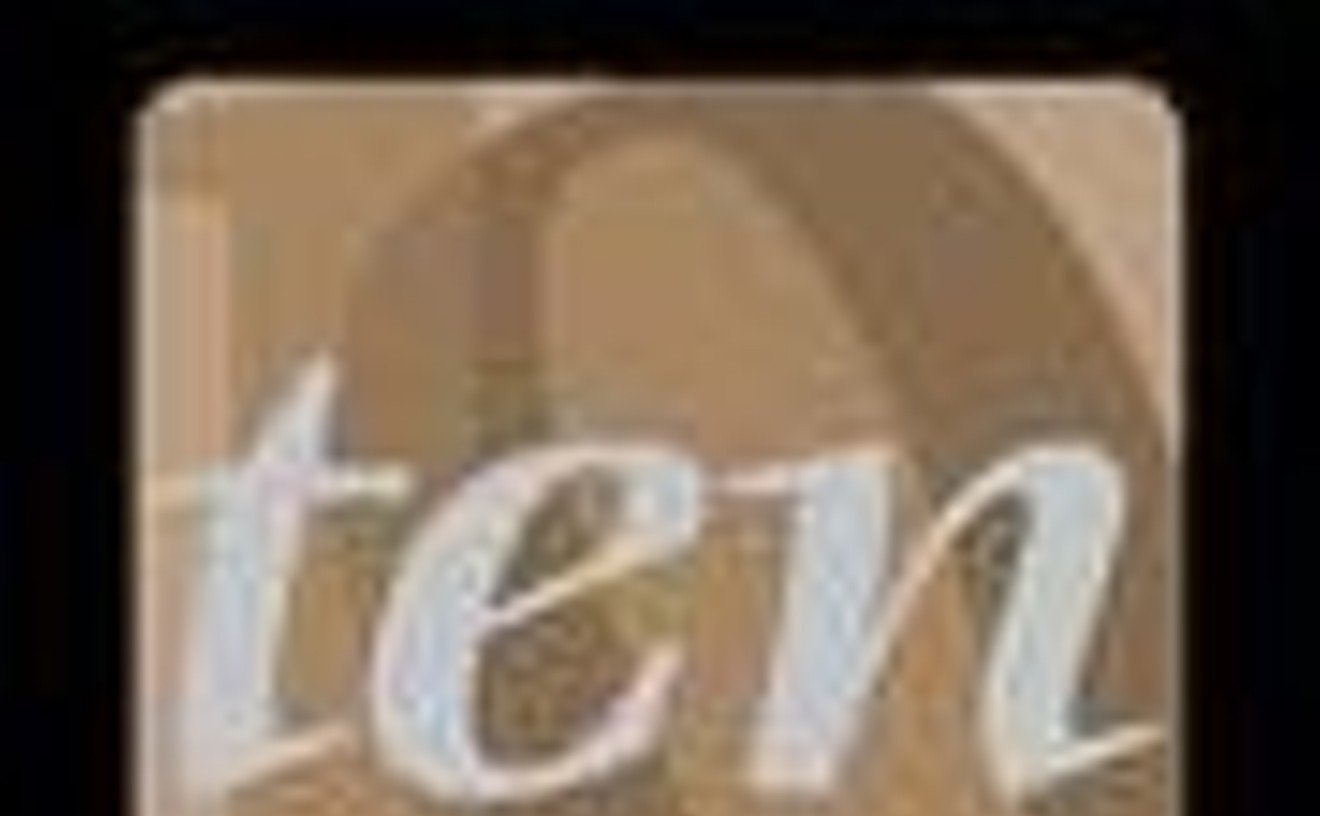 They go to Bob's Steak & Chop House when they're hungry. They flitter over to Dragonfly at Hotel ZaZa when they want to get their drink on. But when rich and famous athletes want to hunker down and watch sports over a cold beer in a hot spot, they congregate at Ten. At the corner of Main and Field, the downtown sports bar has hosted such celebs as Steve Nash (who stopped by to watch some English soccer), Charles Barkley (who stopped by to watch some NBA Playoffs) and Shaquille O'Neal (who stopped by because he knew he'd be recognized, but not mobbed). Kobe Bryant, Dirk Nowitzki, Josh Howard, Eduardo Najera and even the band Puddle of Mudd have been known to pop in. SMU hoops coach Matt Doherty is a regular. With nine hi-def plasmas, a prime location adjacent to Hotel Adolphus and just the right dash of ambience and anonymity, Ten has become the Bo Derek of Dallas sports scenes.

Seems a safe bet that this is one of the most competitive categories in this whole damn book. In this corner, you have Eric Nadel, iconic voice of the Texas Rangers for more than 30 years. In this corner, you have Ralph Strangis 'n' Darryl Reaugh, the only hockey announcers North Texas has ever known. Yet standing in the middle, stiff-arming the competition, stands Sham, Dallas' version of Vin Scully. Other than his smooth, understated delivery and unapproached knowledge of his subject, the great thing about Sham is his refusal to be a sugarcoated Cowboys shill. After last December's embarrassing 44-6 loss to the Philadelphia Eagles in which the Cowboys pussed out and were peed on, Sham told his audience, "This is a ridiculous embarrassment...There's not enough Maker's Mark in the world to take the sting out of this one." Bravo!

On a generally unathletic Dallas Mavericks team, Bass stuck out like Jesse Owens amongst Amish seamstresses. Though undersized, he played like a 7-footer. He scrapped for loose balls. He pogo-sticked for rebounds. He elevated for jump shots. He will be missed. The worst part? In return the Mavs get exactly nada. While general manager Donnie Nelson was rubbing his hands together in anticipation of the arrival of Marcin Gortat, Bass slipped out the side door to the Orlando Magic as a free agent. When Orlando decided to keep Gortat, the Mavs' already inferior interior was gutted. Not that Bass was an All-Star, but next time you see Erick Dampier fumble a pass into the second row, betcha you'll miss his soft hands and thunderous dunks. Right?

Yuck, what's that? Sorry, please excuse the tarnish on the hardware, but this award is sorta by default. How can it not be? Ron Washington almost got fired. Wade Phillips should've been fired. Dave Tippett did get fired. Not sure who FC Dallas' coach is these days, but considering their utter irrelevance, he likely will be fired before you read our 2010 "Best of" issue. As for Carlisle, he pushed the Mavs into the second round of the NBA Playoffs by molding his style to his talent. He's not exactly Don Nelson in experimental basketball, but compared with Avery Johnson's flexibility he's practically Gumby. Early in the season, Carlisle pitched the keys to Dallas' offense to Hall of Fame point guard Jason Kidd. The result? The Mavs weren't great, but they were as good as they could be.