Most Likely to Succeed

Most Likely to Succeed Entrepreneurs Jully, Derek and Vynsie Law reveal the secret for the success of We Are 1976: Be predictably unpredictable. BY PATRICK MICHELS PHOTO BY MARK GRAHAM

The folks behind We Are 1976 were pretty big news when they first opened their gift shop/jewelry boutique/comic store/art studio in a mixed-use space at the end of the new development at 1902 N. Henderson Ave. With cool Asian imports and household trinkets from local designers, and an easy-going, inviting feel to their shop, Vynsie, Jully and Derek Law made a good case for being voted Dallas Most Likely to Succeed.

One year later, the trios going as strong as ever, and if theyve stumbled onto any one formula for success along the way, its this: Dont rely on some old formula to run your shop. What theyve builta local landmark, a store thats always stocked with fresh surprises, a community of art lovers geeking out on elegant designisnt the kind of place that comes with an instruction book.

Vynsie says theyd been talking about opening a shop just like this for a while. It was just something that we talked about casually for a really long time. In the fall of 2008, we just were like, Lets do it, Vynsie says. Each was in between jobsor at least didnt have a job theyd mind walking away from. Vynsie and Dereks dad, an adventurous businessman who made the most of his entrepreneurial urges after immigrating from Hong Kong, helped give them the kick they needed. Hes done a lot of different careers, and hes like, You guys just need to take a chance, Vynsie recalls.

Shelves and tables are constantly migrating across the store and back, and nothing stays in stock for long. Its hard work to maintain the DIY flair and unpredictability the shops become known forand that invites repeat visits from their devoted regularsbut Vynsie says it suits them. Because the inventorys always changing, were kind of schizophrenic too, she says. We want to make sure every time you come in its a different experience, because it is a small shop. We want people just to have fun in here, because we want to have fun while were working.

Part of that balancing act between work and play has meant each of the co-owners has had to figure out which part of the business they do best. It was an ugly process for a while, Vynsie says, but eventually she settled her role buying the jewelry and handmade goods, and doing the in-house design work for their website and events. Her brother Derek takes care of finding new books and imports, and his ex-wife Jully buys their collectible vinyl and handles the paperwork it takes to run the business. Everybody has their own little role. Its not like a handbook, Vynsie says. We just fell into it.

One of the surprising things is how much Dallas and the neighborhood has been so supportive, Vynsie says. We get a lot of people who come in and theyre like, Weve been wanting a store like this. The shops become a cultural hub for people who love all things hip, retro, whimsical and handmade. If youre into KidRobot, giant knitting, re-purposed record players or starting your own T-shirt brand, youll be right at home in We Are 1976.

When we started, we wanted to focus a lot on Dallas designers and artists, Vynsie says. Now they try to make sure around 30 percent of their stock comes from local artists and designers. We didnt know how much we could actually do. Thats been a good surprise, she says.

With a bright, airy space and a fridge stocked with a few favorite Japanese drinks (Pocari Sweat tastes even better than it sounds), its the kind of place you want to hang around and exploreand the shops second life as a gathering place, with art gallery nights and workshops in things like paper marbling and letterpress, has become more and more vital to its identity.

The shops already hosted seven open houses this year, drawing crowds that line up outside the door to get in. It sounds kind of cheesy, but when we opened it we wanted it to feel like a community, Jully says. It was hard to find talent at first but then once we opened our doors, a lot of people came to us.

Thats the real measure of success for We Are 1976drawing like-minded locals together and fostering a network of shops like theirs, from the Lower Greenville boutique Bows and Arrows to Curiosities in Lakewood.

I get so mad when people say that Dallas doesnt have a lot of creative outlets or cool places to go, Vynsie says, because if you just go down to Bishop Arts or around hereif you look hard enough, its there. 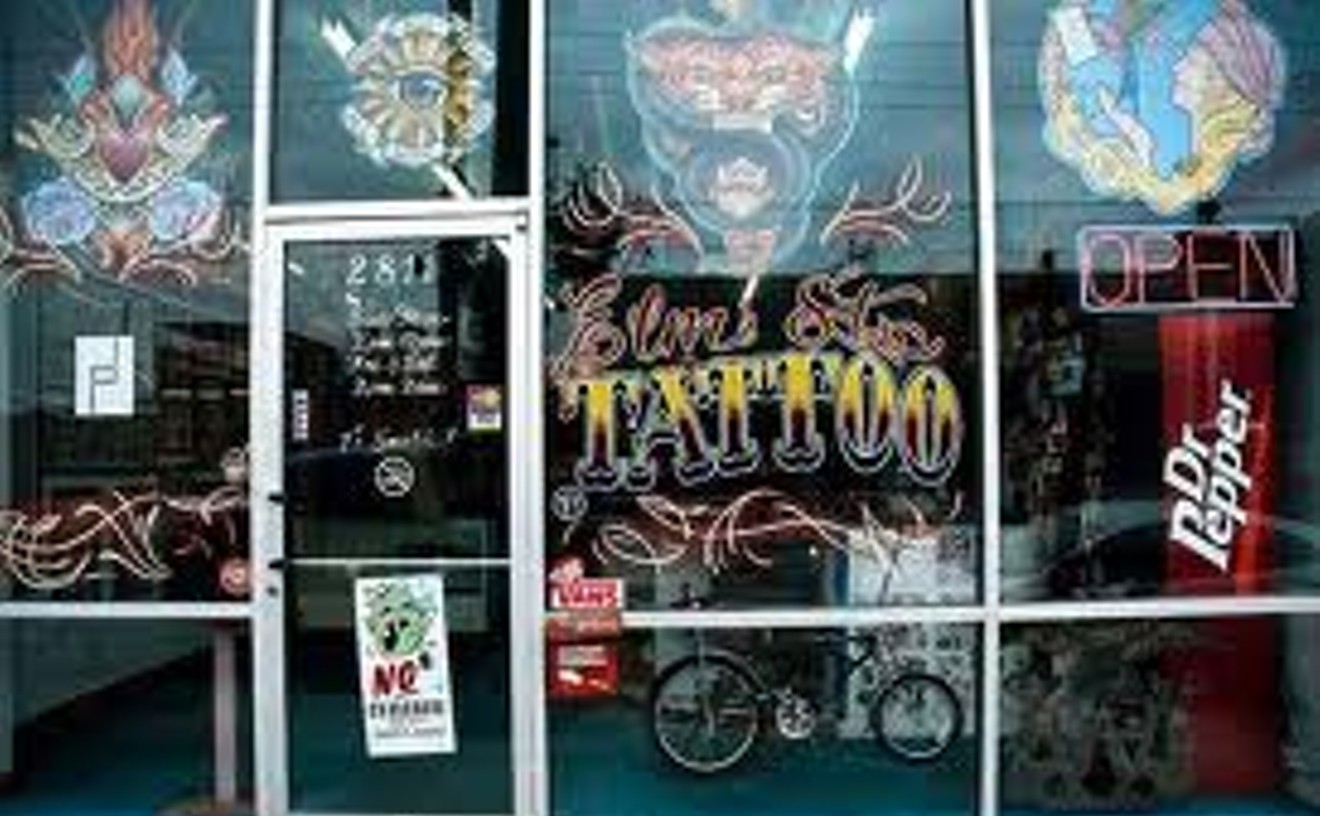