Hands down, the most consistently entertaining and highest-rated show on sports talk radio belongs to George Dunham, Craig Miller and Gordon Keith, weekdays 5:30-10 a.m. on KTCK-AM (1310) The Ticket. It's about sports. It's about life. It's about guys being guys. It's—most important—about domination. Dunham & Miller are at this point basically lapping the field in Arbitron ratings. Every hour their show attracts twice as many listeners as the offerings of KESN-FM (103.3) ESPN and KRLD-FM (105.3) The Fan. Combined. Over the years they've developed the perfect recipe for morning radio with tasty pinches of interviews, topical headlines via "Muse in the News" and heady, though sometimes homerish takes across our sports smorgasbord. If only the teams they covered were as good.

General Manager Jon Daniels tells us that when he imported Colby Lewis from Japan to join the rotation, he expected him to produce similar numbers to departed ace Kevin Millwood's 13 wins, 3.67 ERA and nearly 200 innings pitched in 2009. That projection appeared overly optimistic given Lewis' struggles to get big-league hitters out on a consistent basis while playing for several clubs throughout his career, along with his recent two-year absence from Major League Baseball while finding his rhythm with the Hiroshima Toyo Carp. Luckily, Lewis has proven capable of filling Millwood's shoes and plenty more. At 31, he has finally reached the promise he flashed as a first-round pick by the Rangers in 1999, and Daniels fortunately locked him up with an affordable contract that could keep him here for two more years.

Best Bang For Your Buck

To convince June Jones to leave Hawaii for the Hilltop, SMU athletic director Steve Orsini persuaded prominent boosters to cough up $1 million each to pay for the new football coach's five-year, $10 million contract. Last year, we saw why it was a shrewd move. After a dismal one-win debut, Jones and his pass-happy offense restored some dignity to the Mustang program. SMU, led by freshman quarterback Kyle Padron, finished 7-5 and earned its first bowl berth since 1984. And not only did SMU play in the Hawaii Bowl, they dominated a good Nevada team on Christmas Eve, 45-10. June Cometh, indeed. 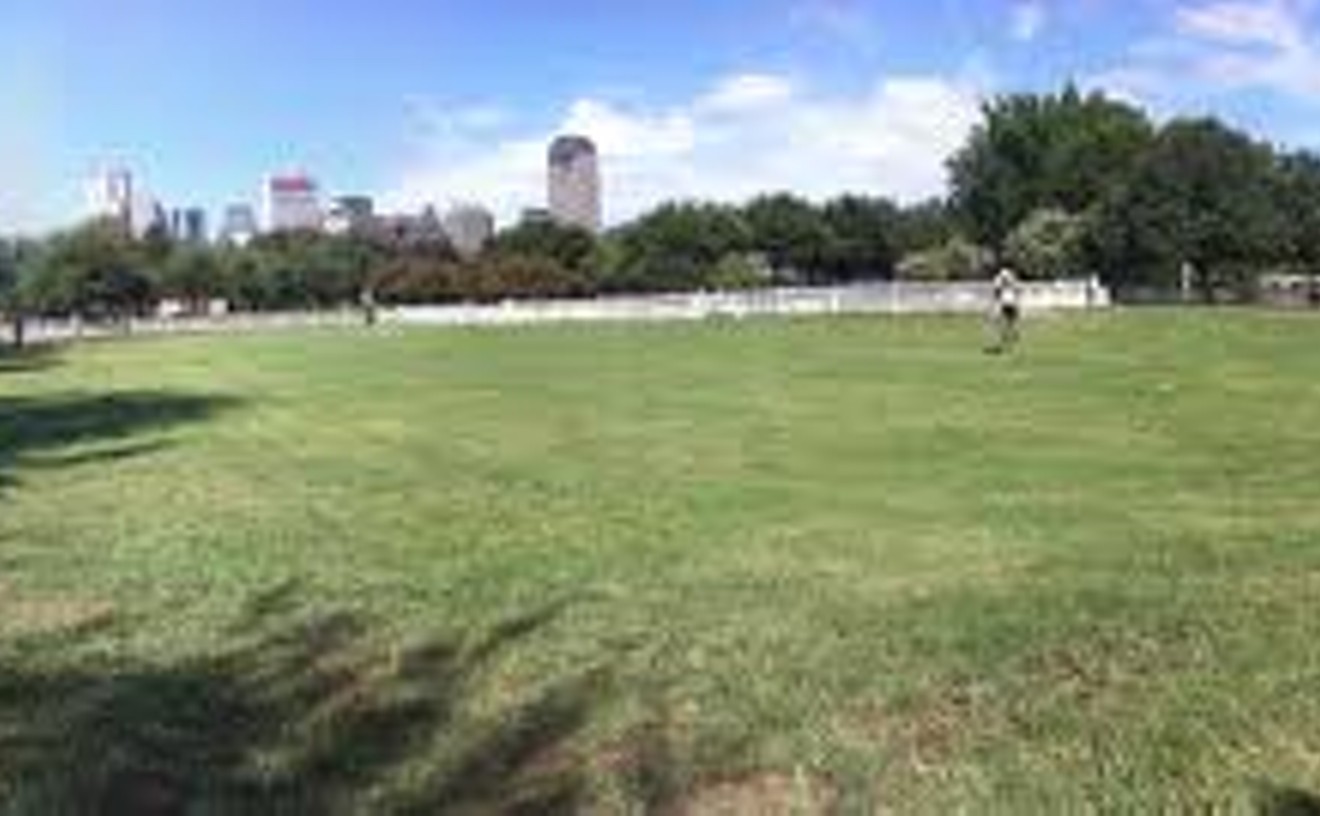 Since Unleashed Indoor Dog Park shuttered its doors in early summer, more and more folks have returned to the outdoors, heading for shaded park benches and hoping for a bit of breeze in Dallas' various dog parks. But a quality dog park was never about air-conditioning in 100-degree heat, it's about a friendly community of regulars (dogs and parents). And the best place for canine and human interaction remains the White Rock Dog Park. Once there, you will find puggy pals and dirt-loving labs, along with their welcoming but doting mamas and papas, who pass the time in hours-long conversations that contain absolutely no judgment when the term "children" is used for creatures with four legs. Adding to the attractiveness of the park is that the city of Dallas keeps WRDP open from 5 a.m. to midnight daily (weather permitting), save a couple Mondays per month for maintenance. 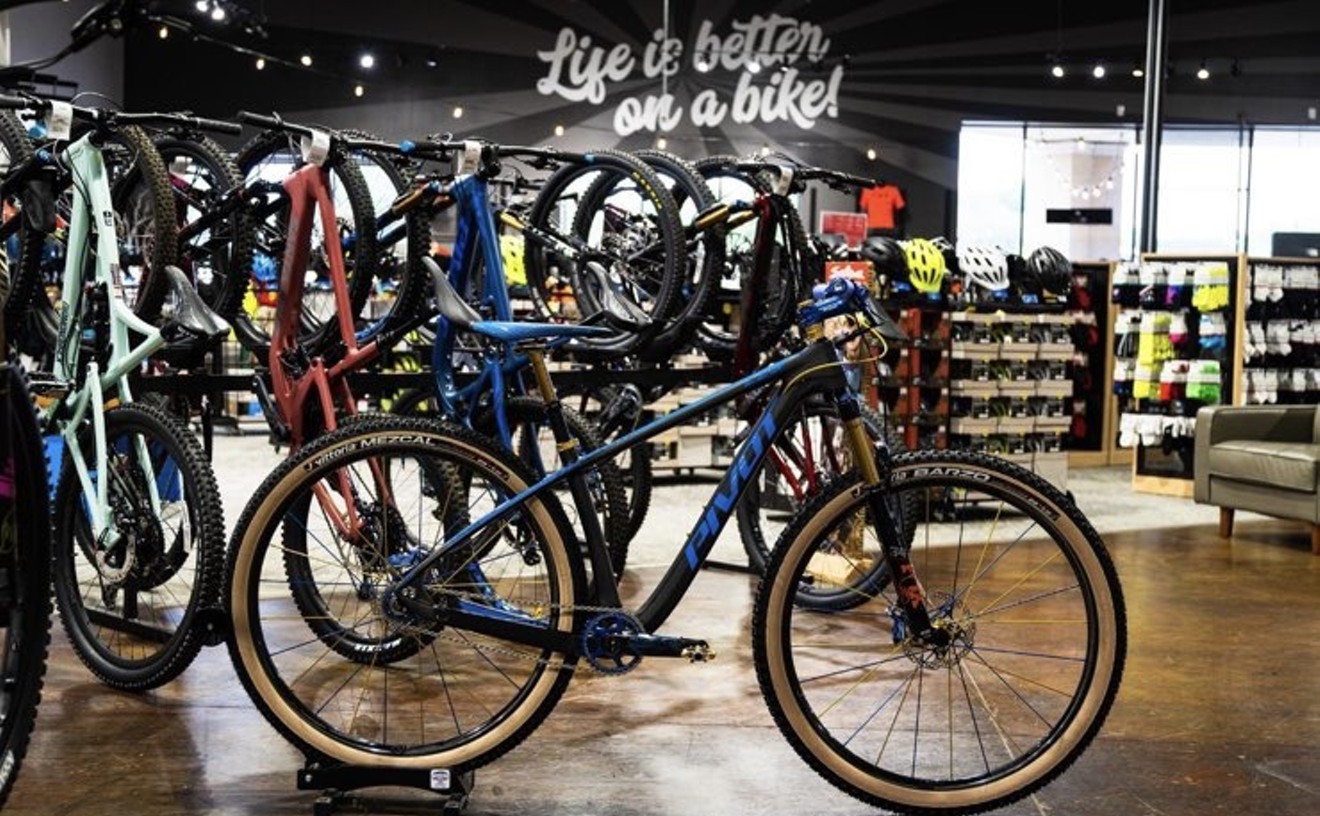 What, you expected Tom Hicks? The Dallas Mavericks boss continues to do everything he can to put his basketball team in both the limelight and a position to win. Last season he helped host an NBA All-Star Game that drew a record crowd of 108,000 to Cowboys Stadium in Arlington. He made the gutsy mid-season trade for Caron Butler and just this summer casually coughed up $3 million so his team could move up in the draft to select shooting guard Dominique Jones. And, of course, we can't forget his public feud with former Mavs owner Ross Perot Jr. Anyone who makes the rich look that silly gets our vote. Wait, he is the rich.

We proletarians out here in the cheap seats love us some baseball, but what we love even more is watching really rich guys fight over the size of their wallets. Petty jealousy you say? Oh, yeah, and it's deeeelicious. Num. So when an ownership group led by out-of-town rich guy Chuck Greenberg and local good ol' boy Nolan Ryan agreed to buy the Rangers in January from not-as-rich-as-he-used-to-be guy Tom Hicks, we knew something good was in store. The fun started when lenders owed around $600 million by Hicks Sports Group claimed they weren't getting paid enough from the sale. This forced Hicks to place the team into bankruptcy, where attorneys for the lenders successfully argued in federal court for an auction of the team, which brought rich-as-God-and-a-little-strange Mark Cuban and his fat checkbook into the picture. After bidding aggressively, Cuban and partner Jim Crane bowed out 16 hours after the scheduled auction time to a standing ovation. Not only did the lenders get the extra dough they'd hoped for, but Greenberg and Ryan kept the team. Cuban was gracious in defeat, leaving Tom Hicks the day's loser.

In the waning seconds of the Dallas Cowboys' 34-14 playoff victory over the Philadelphia Eagles on January 9 in Arlington, veteran linebacker Keith Brooking approached head coach Wade Phillips and playfully yanked the monkey off his back. You could say a lot of things about Phillips and quarterback Tony Romo, but after that win you could no longer refer to them as losers. Felix Jones' 73-yard touchdown sealed the rout, Dallas' first post-season victory since December of 1996. In the giddy locker room owner Jerry Jones exclaimed, "The demons are what? Gone!" RIP, bastards.